They're dogs, and thus all wonderful by definition. Still, if Westminster gets the chance to rank them, then so do we, using the same criteria they use: our own irrational personal biases.

Share All sharing options for: Westminster dog rankings, 2014: Another tough year for Spaniels

1. Great Dane. THE KING. Come at them if you dare. (Bring food, they'll pretty much do anything for food or love.)

3. Australian Cattle Dog. Been running the Aussie government efficiently for over one hundred years.

4. Newfoundland. Webbed feet, warm hearts, AND known to abduct random swimmers and tow them back to shore against their will? Sold.

5. Belgian Malinois. Your pilot has had a heart attack. The plane is crashing. And now it isn't. The door to the cockpit opens: a paw gently throttles down into a cruising speed, and a pair of bright, calm eyes stares back at you. You never saw this, human, it says without moving its lips. You agree. You were worried, but the Malinois had it the whole time. 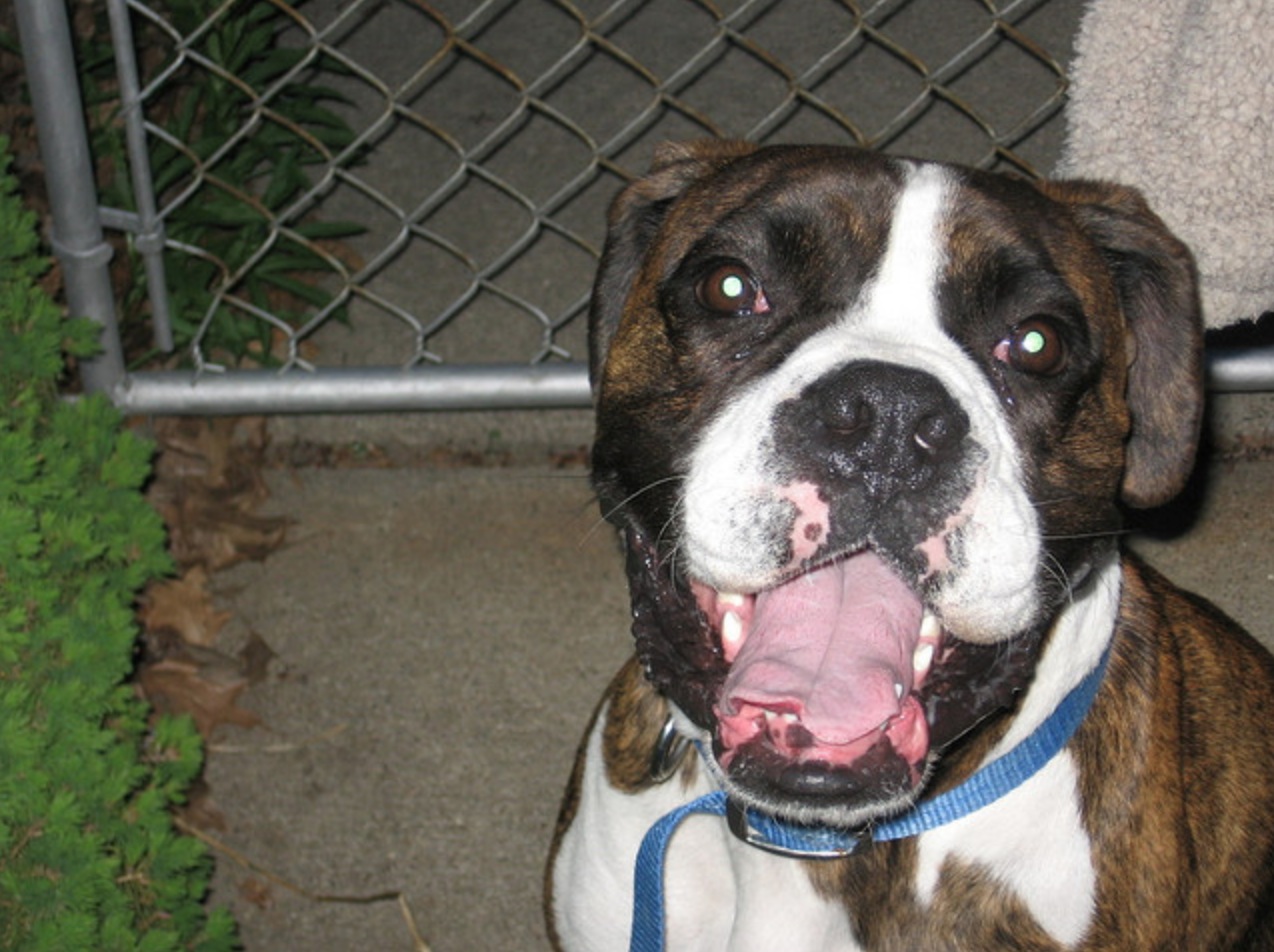 7. Belgian Tervuren. Like a Malinois, but with a wicked sense of humor. (Will not fly plane.)

13. Plott Hound. Looks like it slept under a car leaking oil, so it really IS the state dog of North Carolina.

16. American Staffordshire Terrier. Listen, this is a great dog but it's just a Crate and Barrel pit bull. Other than that, no complaints.

19. Pug. A solid-ass dog for something ugly enough to scare a buzzard off a corpse wagon.

23. Scottish Terrier. So cute and deformed it almost makes you forget that they live just for the possibility that they will one day get to die in paw-to-paw combat with a badger.

24. Airedale Terrier. Has its own legwarmers.

The only sporting event more watched than the Westminster Dog Show is the Super Bowl. Impress your dog show party guests with these jaw-dropping facts about dogs.

27. Greater Swiss Mountain Dog. A lot like the Bernese, but the Swiss don't use comparative adjectives like they're nothing.

31. Bulldog. Farty and lovable and naked, just like dad on most nights.

34. Norwegian Lundehund. Has six toes, and that's like free bonus dog for your dog-buying dollar.

44. Golden Retriever. Beautiful dogs who would drown in a stiff mist if allowed.

49. Icelandic Sheepdog. Is weatherproof and friendly, like most people from Iceland.

51. Bouvier des Flandres. Known as "The Milk-Cart Dog," because it is actually a furry miniature Yak.

56. Cardigan Welsh Corgi. Yes it's adorable but if it were a human and it lost its job it would be the one you would unfollow on Facebook for manically posting fifty times a day about personal growth. NEEDS A JOB.

59. Portuguese Podego Pequeno. I don't even know what this is (it's new for 2014) but that name is awesome. A great dog sight unseen.

60. Xoloitzcuintli. Weird Mexican hairless dog. The big one that looks like it's wearing a sheeny wetsuit over its whole body.

61. Mastiff. Great if it recognizes your existence; not if it doesn't. 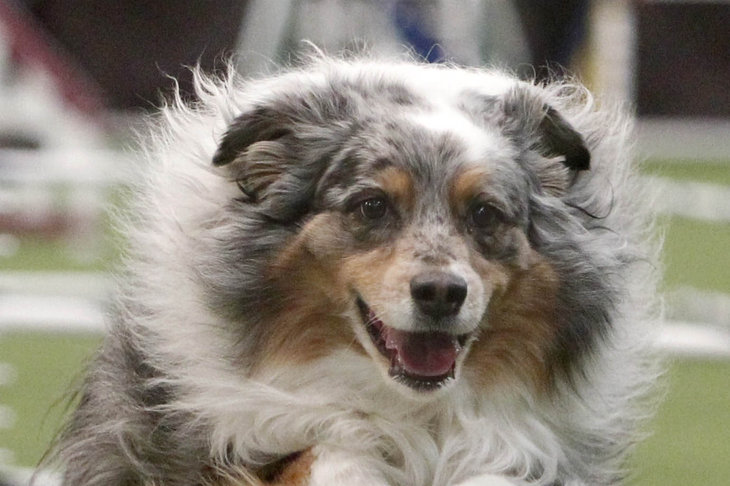 64. Briard. The official dog of the French Army, so wait where did he go.

65. Bearded Collie. Has a beard, is thus superior to normal Collie.

68. Giant Schnauzer. Cool dog, but rekindles my desire for a Giant Dachshund all over again.

70. Rat Terrier. Honestly, might just be a short Fox Terrier for all I know.

71. Bloodhound. Might be a wonderful part of your household, and might just be an animal that eats and sleeps at your house. Drooooooooool.

75. Sealyham Terrier. A great dog and a fantastic name for a horrible and successful young Brooklyn novelist.

77. Cane Corso. What a pit bull has nightmares about.

80. Finnish Spitz. Just for the name.

81. Puli. The animated rastafarian wig of a dog. Look at it and try to think about having time to do anything but groom it, ever.

82. Boston Terrier. Not really of this earth and possibly alien probes in dog form sent to scout us out.

84. Yorkshire Terrier. I sat on one once on accident and it lived, so durability is unquestioned.

90. Tibetan Mastiff. Not really a dog but they're still cool. (Is really a very mean man in a dog suit.)

94. Anatolian Shepherd Dog. Is constantly wondering whether you might be a double agent for the wolves.

95. Kerry Blue Terrier. Has its own mustache, must be alright.

96. Basenji. Chill dog, weird tail, no problems with that.

98. Basset Hound. Adorable, and will make your house smell like you just skinned five river otters in the kitchen.

100. Polish Lowland Sheepdog. Can't hear you. Is listening for thieves.

108. Black Russian Terrier. Godlike dog. Not the benevolent kind of god, either.

110. Soft Coated Wheaten Terrier. A decent dog if you're into the silent bigotry against the gluten-intolerant, I guess.

114. Akita. Terrifying and silent, just how I like my watchdogs and undertakers.

116. Japanese Chin. Chill dogs for being so little and crushable.

117. Dachshund. Every one is either a loving companion or a serial killer and you never know which one you'll get.

118. Petit Basset Griffon Vendéen. This is America and we don't care how many accents or names you have. You're gonna have to prove it on the field, buddy.

130. Gordon Setter. Setters and spaniels score low here because they don't understand things like "fire burns" and "don't jump off that deck because gravity is not your friend."

135. Chow Chow. The grim existentialist's companion dog of choice, if that's you.

136 Chihuahua. They're fine, I just worry about losing them. Like, literally losing them somewhere in my house.

138. English Toy Spaniel. Lost in house with others.

139. Havanese. Lost in house in Spanish.

150. Affenpinscher. A good dog for your elderly great-aunt to take in her purse as companionship and concealed weapon.

152. Labrador Retriever. I love them dearly but they will eat rocks and wonder why you are yelling at them, and why their stomach feels like they swallowed a bunch of gravel. "The Big Bang Theory" of dog breeds.

154. Beagle. The Kennedys of the dog world: beautiful, not real bright, and usually die in spectacular fashion. If a dog dies being sucked into a jet engine? It was a beagle, and it thought it was a good idea.

160. Miniature Pinscher. Can take the finger off a fat-fingered blacksmith in nanoseconds.

170. Rottweiler. Got attacked by one once and I hold grudges.

171. Cocker Spaniel. Never liked them and never will. Still better than any cat, though.

• Exclusive: The story of how NFL prospect Michael Sam came out

• The year in longform: 13 of our favorite features from '13