After taking home a silver medal on Friday, the United States tied Norway atop the medal list in Sochi with 13 medals overall.

Team USA climbed atop the medal count for the 2014 Winter Olympic Games after grabbing another medal on Friday. Noelle Pikus-Pace's silver medal in the skeleton earned the U.S. its 13th medal in Sochi, tying it with Norway for the most among all participating countries.

Pikus-Pace took home the silver in the skeleton after just missing out on the bronze during the Vancouver Games. Great Britain's Elizabeth Yarnold won the event with a time of 3:52.89, finishing just ahead of Pikus-Pace who came in at 3:53.86. Elena Nikitina of Russia earned the bronze with a time of 3:54.30. 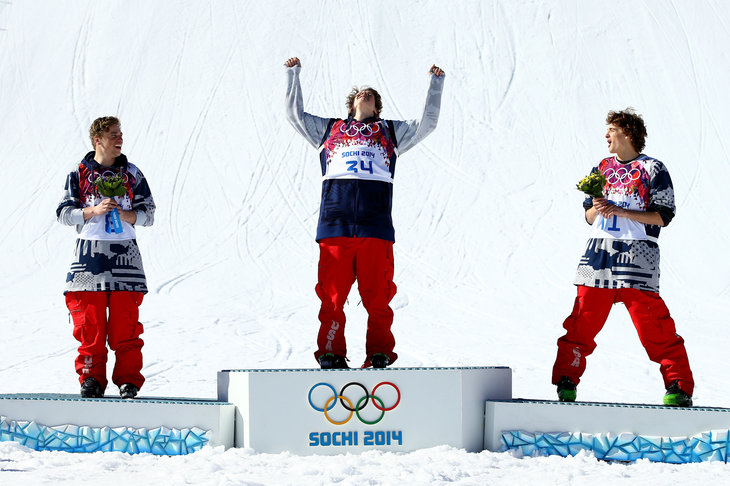 In the women's events on Friday, Darya Domracheva of Belarus won the 15km individual biathlon in 43:19.6, more than a minute better than her competitors. Switzerland added another medal, as Selina Gasparin grabbed the silver and Nadezhda Skardino added another medal in the event for Belarus with a bronze medal finish.

The women's freestyle skiing event saw Belarus win its third medal, and second gold, of the day, as Alla Tsuper topped all other skiers with a score of 98.01. China's Mengtao Xu earned her country another medal, winning the silver, and Lydia Lassila of Australia grabbed the bronze.

In Friday's final medal event, Yuzuru Hanyu followed up his world-record performance in the short program with another strong effort in the free skating event to win the men's individual gold medal. Canada's Patrick Chan won the silver, and Denis Ten of Kazakhstan earned the bronze.