The Puppy Bowl is the biggest sporting event of the year. We have you covered. Update: Puppy Bowl GIFs are too cute, may make you resent your adult dog

We've been waiting all year, and now it is time for The Big Game.

Not the Super Bowl, of course. The Puppy Bowl, which will be on Animal Planet at 3 p.m. ET. Here at SB Nation, we consider the Puppy Bowl to be considerably more important than actual football, and will be covering it as such, because sports. 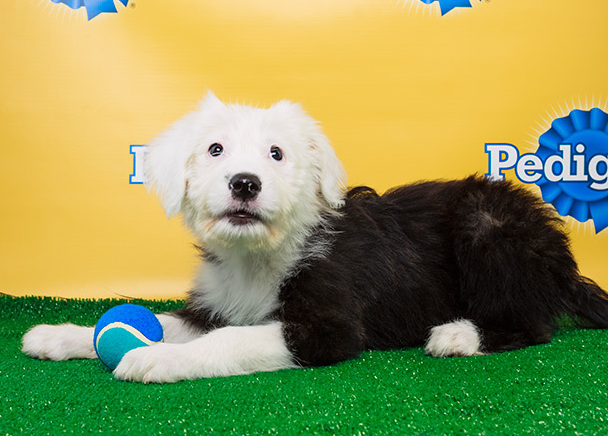 Here is everything you need to know about Puppy Bowl X:

So what exactly is the Puppy Bowl?

The Puppy Bowl is Animal Planet's brilliant Super Bowl counter-programming. It features a bunch of puppies running around on a miniature football field.

Are they playing football?

No, not really. They're puppies. They just sorta run around and do puppy things. There is a guy in a referee costume who signals "touchdown" if a puppy brings a toy into the end zone, assesses penalties if a dog poops, and calls timeouts at various intervals to do stuff like refill the water bowl, but there is no "game," per se. Because they're puppies. It's announced as if it's an actual sport, though. But there are no teams and no running score.

Can I look at these puppies?

Yes. The 39-dog "starting lineup" is here. Our favorite is Mark, the lab/husky mix: 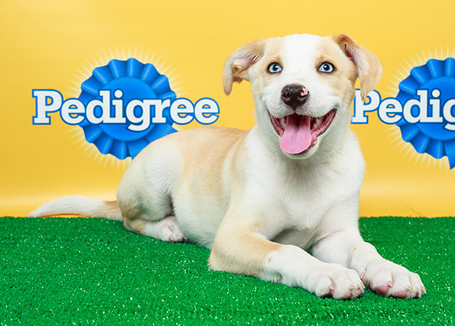 Can I play fantasy football?

Yes, of course you can: Animal Planet has a game that allows you to pick three puppies.

This is the scorecard: 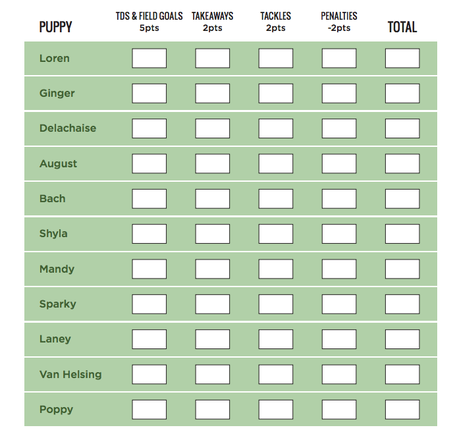 HOW DO I WATCH

Turn on Animal Planet at 3 p.m. Prepare to awwww.