Fun with the photo tool: Baseballs as weapons, artistic inspiration

This began as a search for harrowing pictures. It ended with the discovery of a new hero.

Share All sharing options for: Fun with the photo tool: Baseballs as weapons, artistic inspiration

SB Nation has tons of professional, high-quality photos at our disposal. Occasionally, I'll take a spin through the search results and present the findings to you in a series called Fun With the Photo Tool. It's generally silly stuff. For example, here's the last installment:

Silly stuff. So when I had the idea of entering "hit by pitch," I quickly dismissed it. Because here's what comes up: 2,200 pictures of men writing in pain, some of whom have suffered serious injuries. That's not funny.

This is a story in two parts, and it ends with the birth of a legend. The first part of the story was the epiphany that not everything has to be a damned joke. Some of these pictures are just amazing. 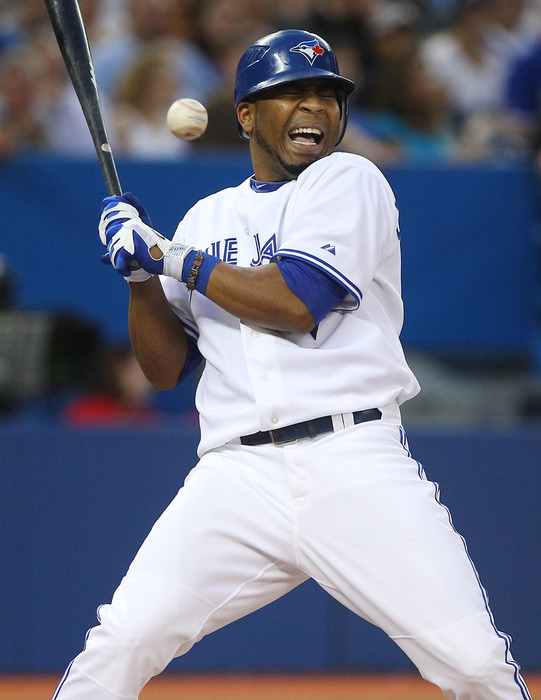 You can appreciate the photography without typing out every note of "Yakity Sax." That was a baseball traveling at ungodly speeds, and the photographer captured the perfect shot at the perfect moment. That one didn't hit Edwin Encarnacion, in case you were wondering.

This kind of picture is why I stopped playing baseball when I was 15. There was a kid, Fireball Hector, who fancied himself Don Drysdale and used the brushback at every opportunity. It worked. He broke me. Physically, not mentally. It was one of the reasons why I didn't want to do this for yuks — there's something craven about a guy scared of baseballs making fun of people getting hit by baseballs. 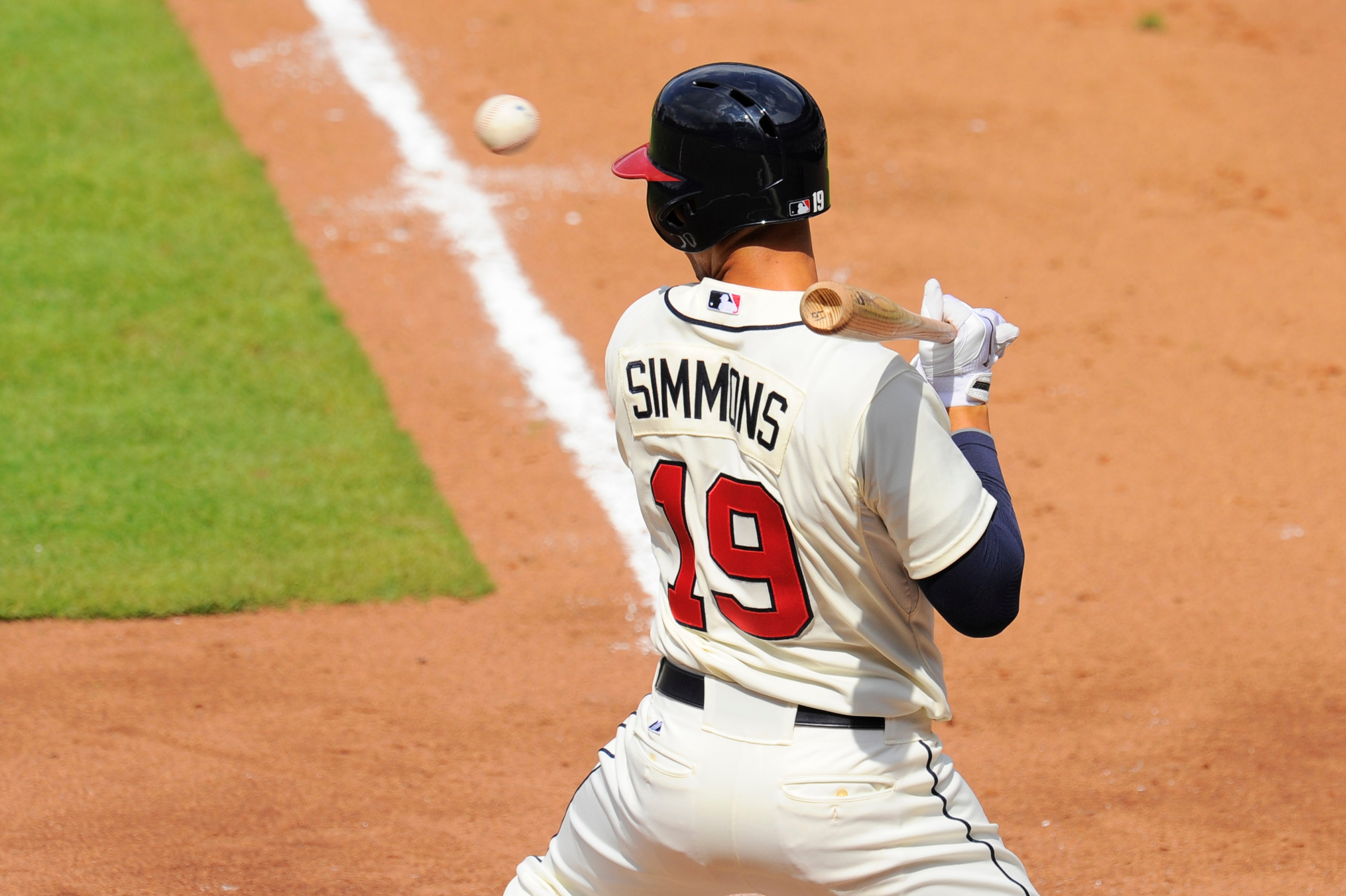 Again, there were over 2,200 hundred of these pictures since 2011. This is something that happens regularly. This is the hidden linebacker on the crossing route, the hard foul on a breakaway, the blind-side check into the boards. This is just something that's a dangerous, ugly part of baseball, and there's little anyone can do about it. 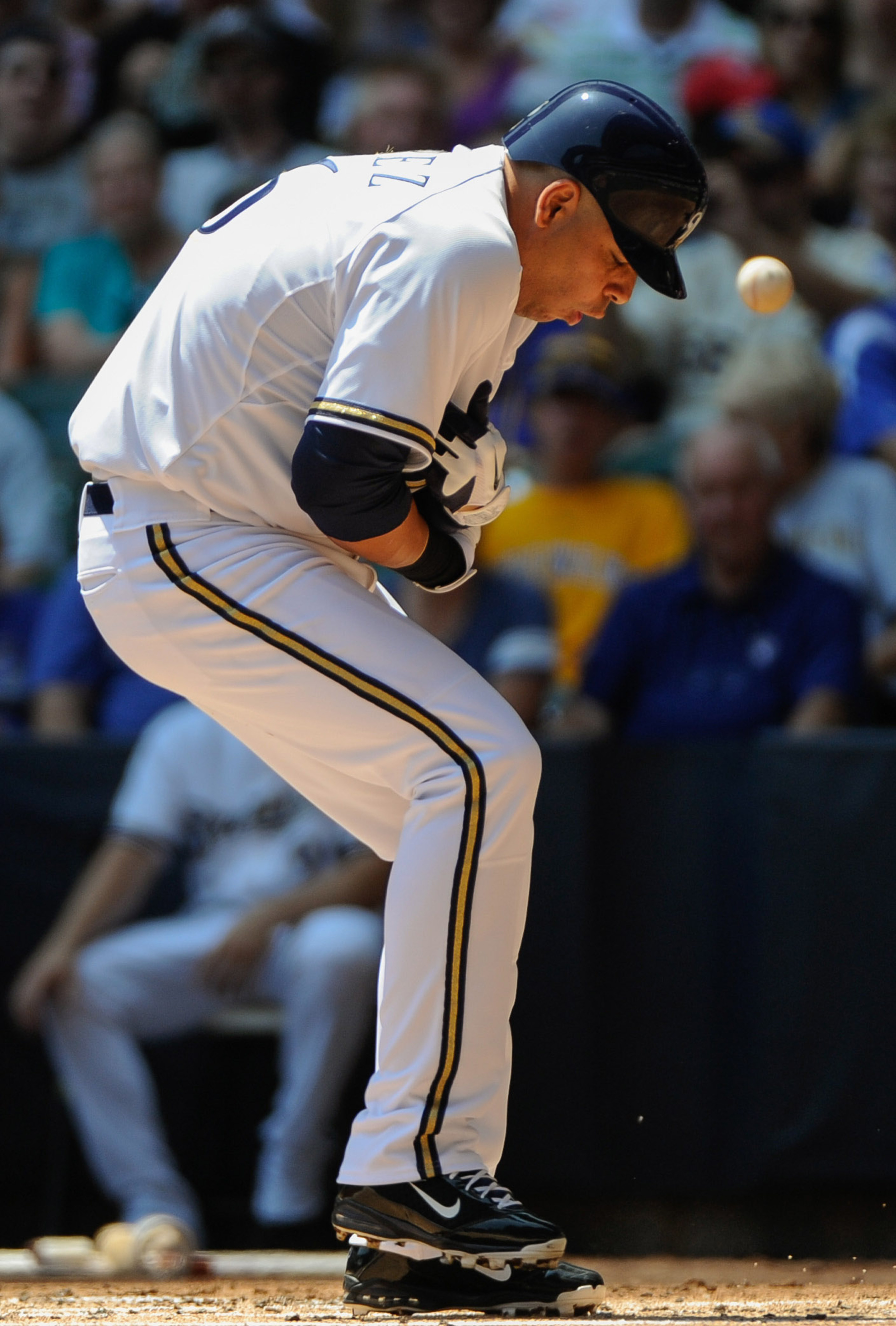 You know what Aramis Ramirez looked like before the pitch, about one second before that picture was taken. He was upright, facing the mound, with a bat in his hand. The violence of the impact makes him contort like he's a Greek hero in a magnificent, gory painting. 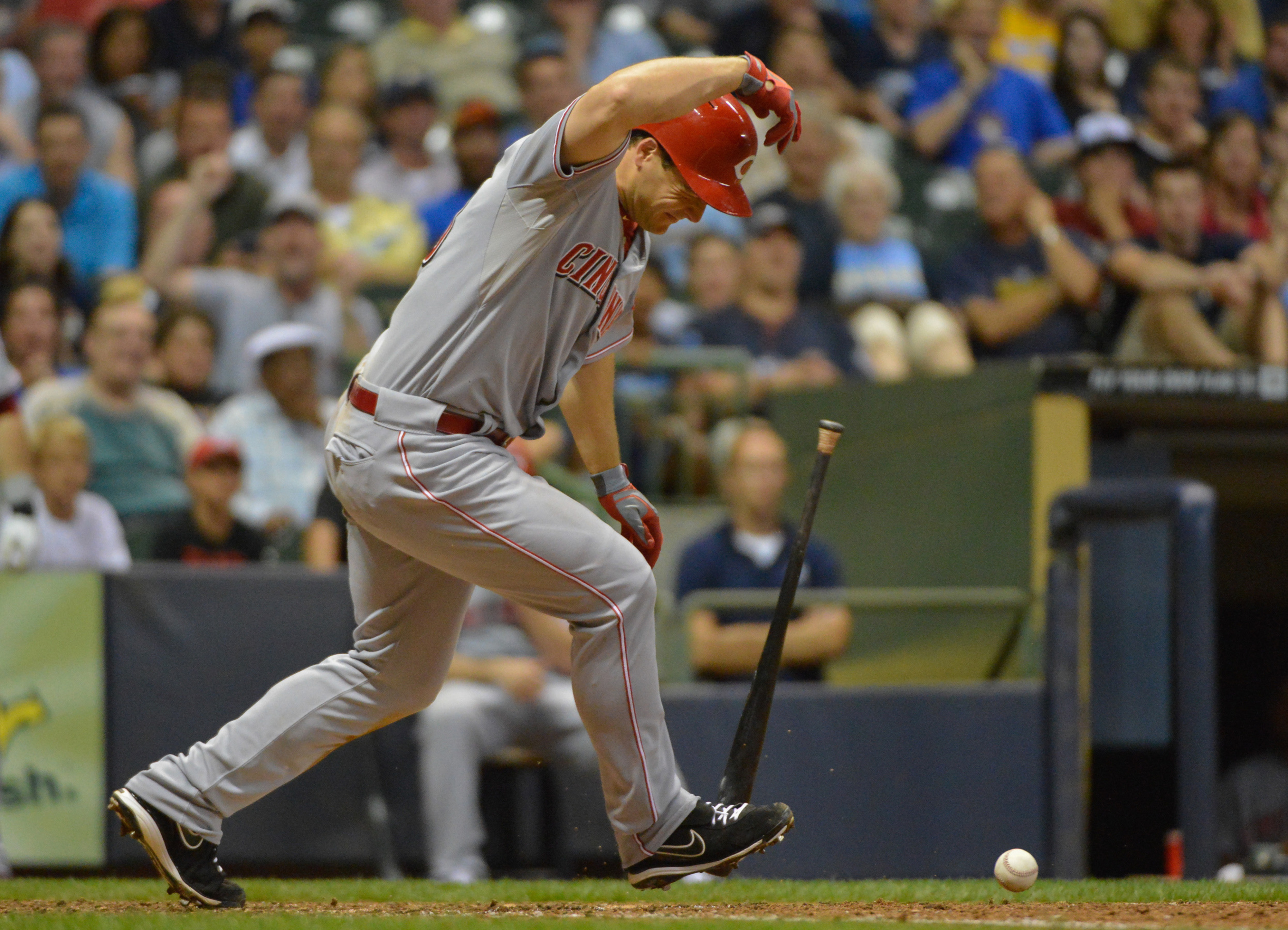 Just because you can't see the arrows or spears in Chris Heisey's side, doesn't mean they aren't there. You can take the painting analogy even further when you set it up as a triptych. 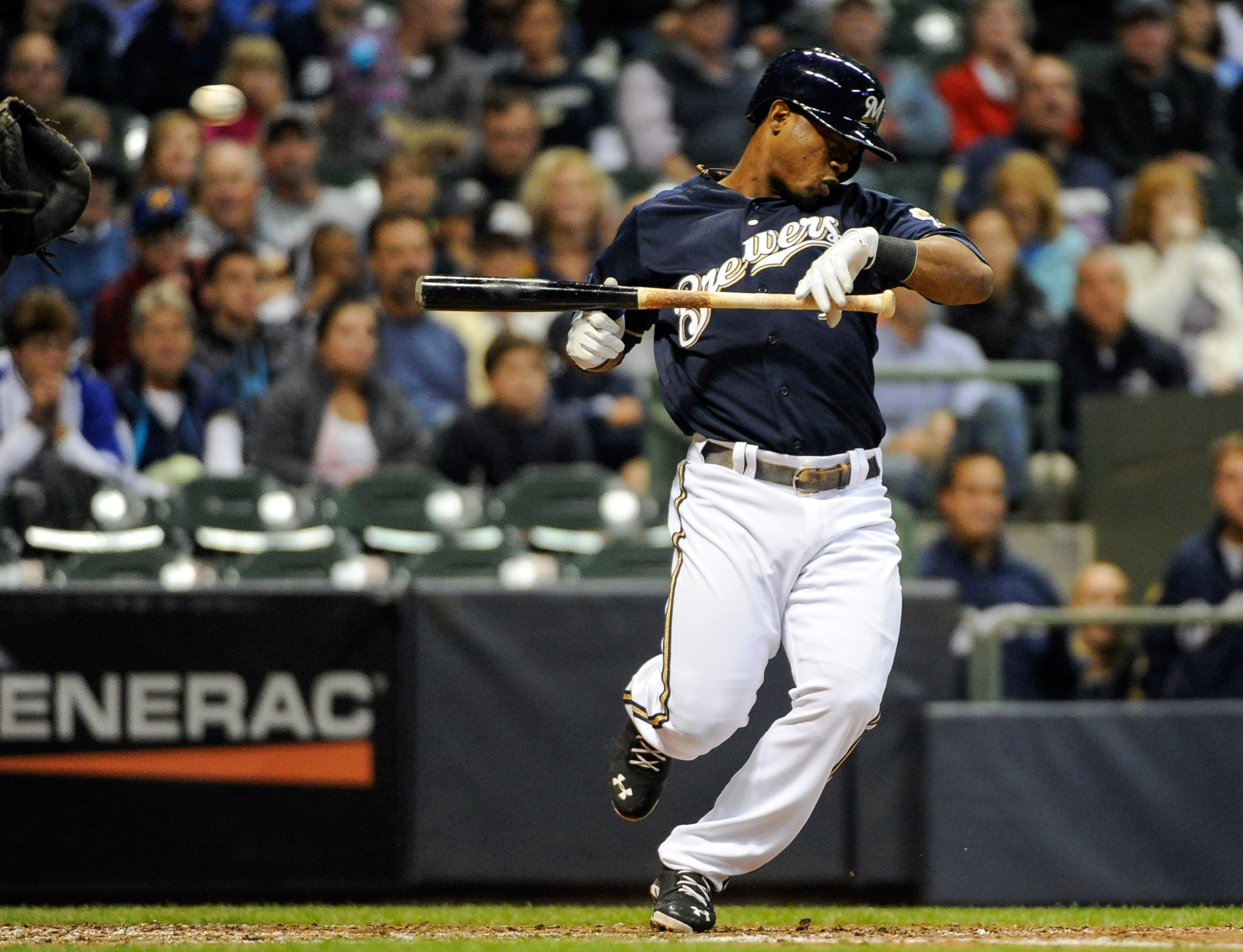 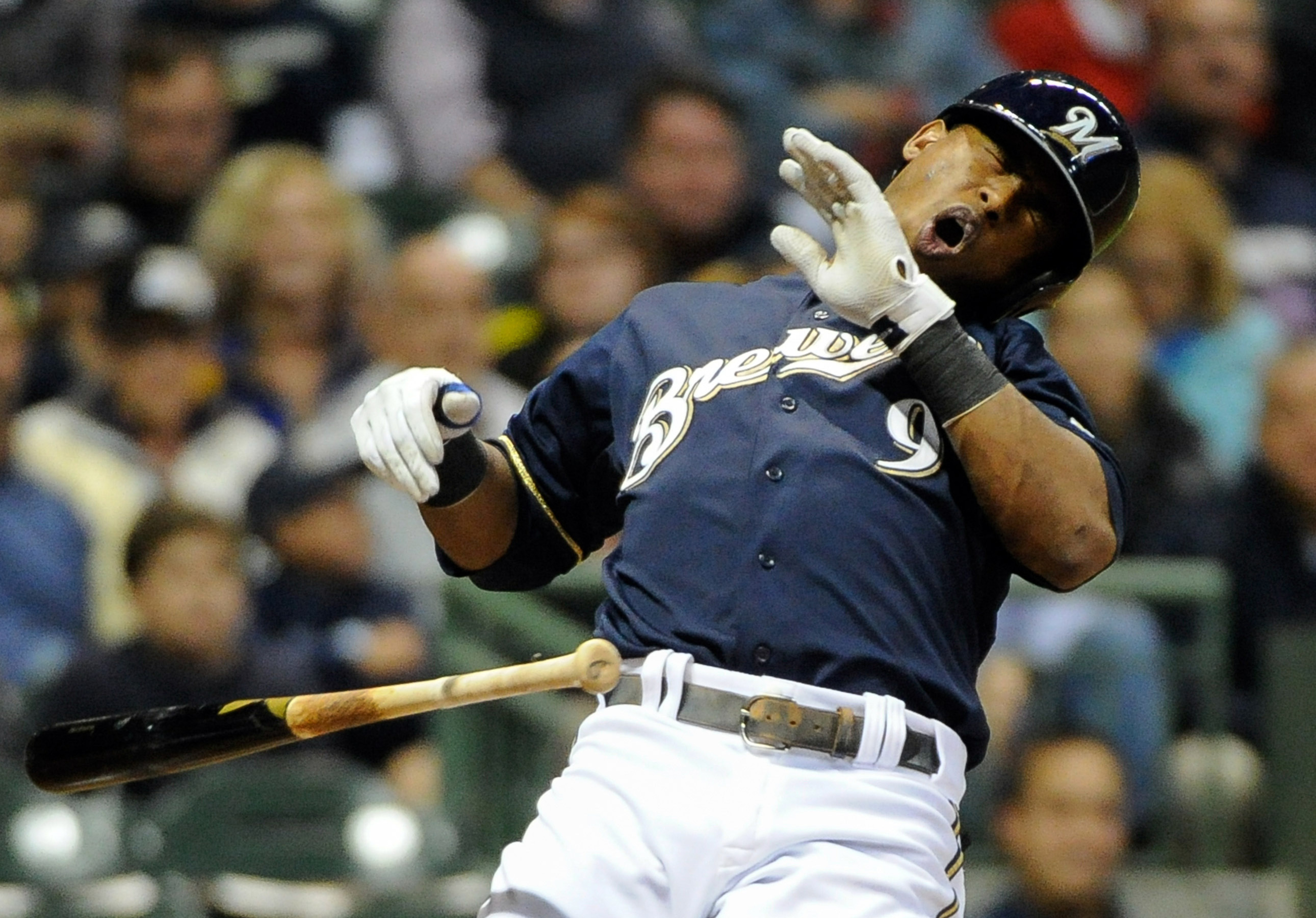 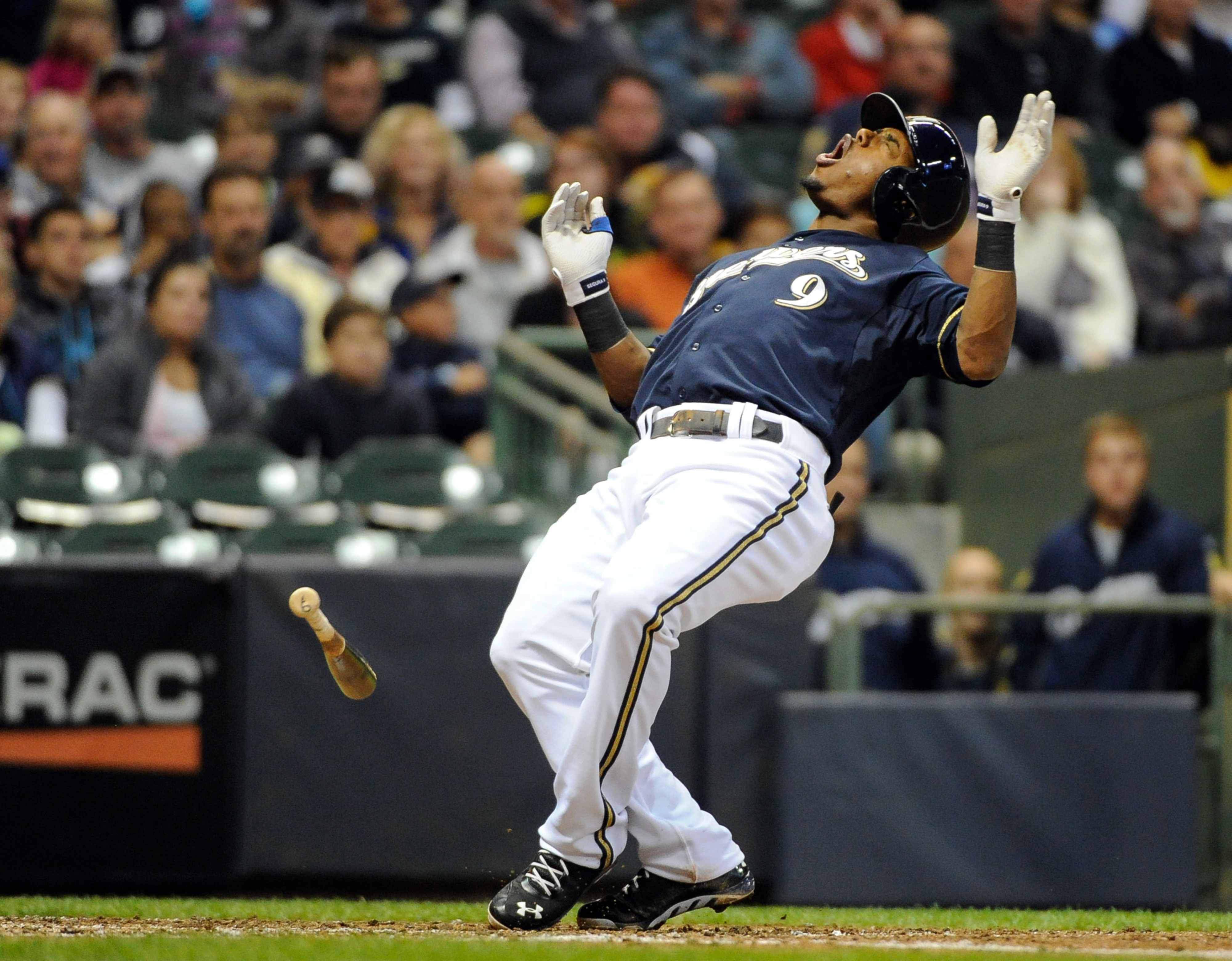 In the background of the last one, you can see some smiles. Those fans hadn't even had time to register what happened. They didn't have time to move their mouth muscles from yay to nay, yet Segura was expected to get his entire body out of the way.

If paintings aren't your thing, how about 1,000-word stories? 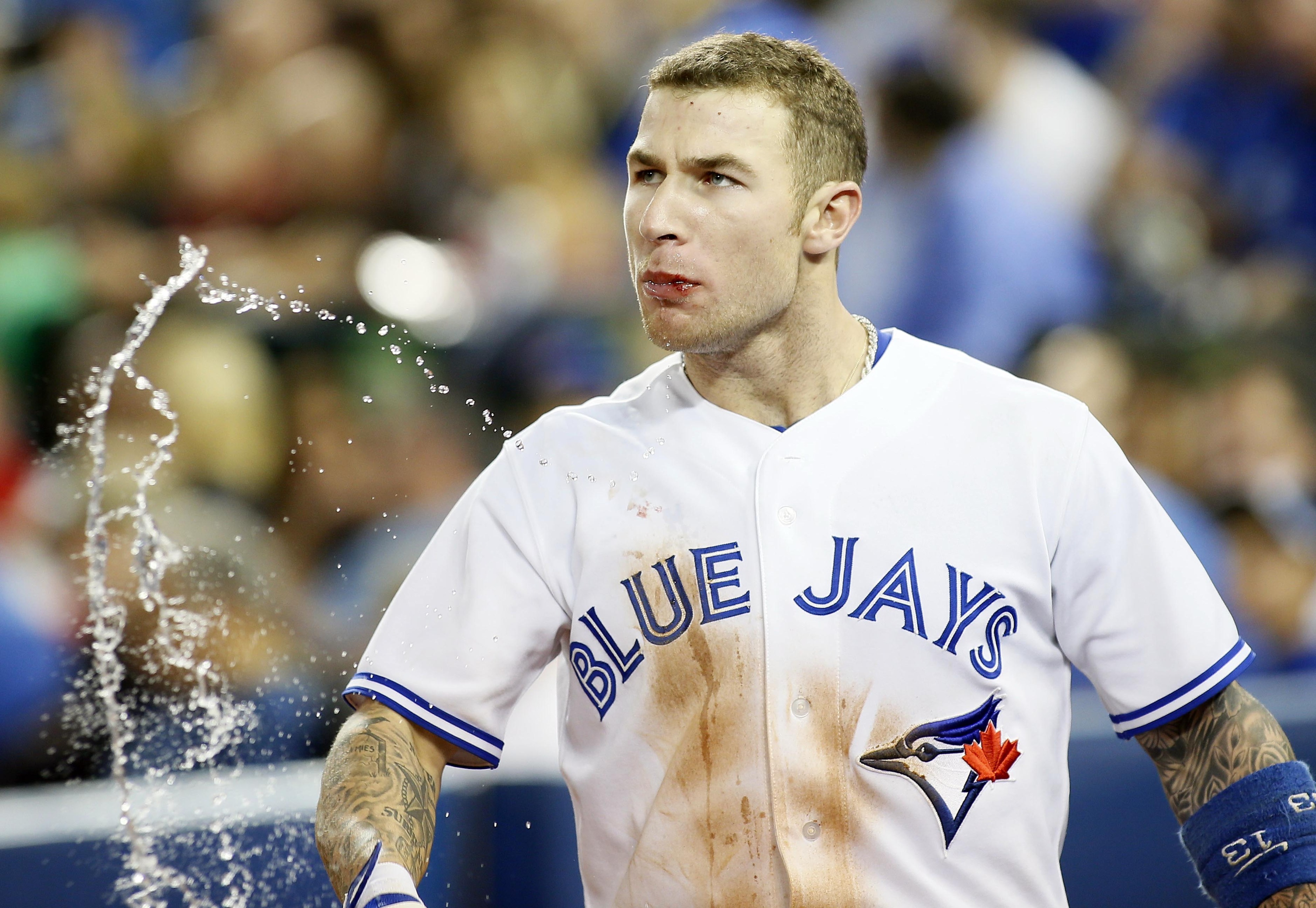 This one tells the story of a brash, arrogant ballplayer. He scowls a lot and throws things, but he's not going to let a broken face crush his resolve. 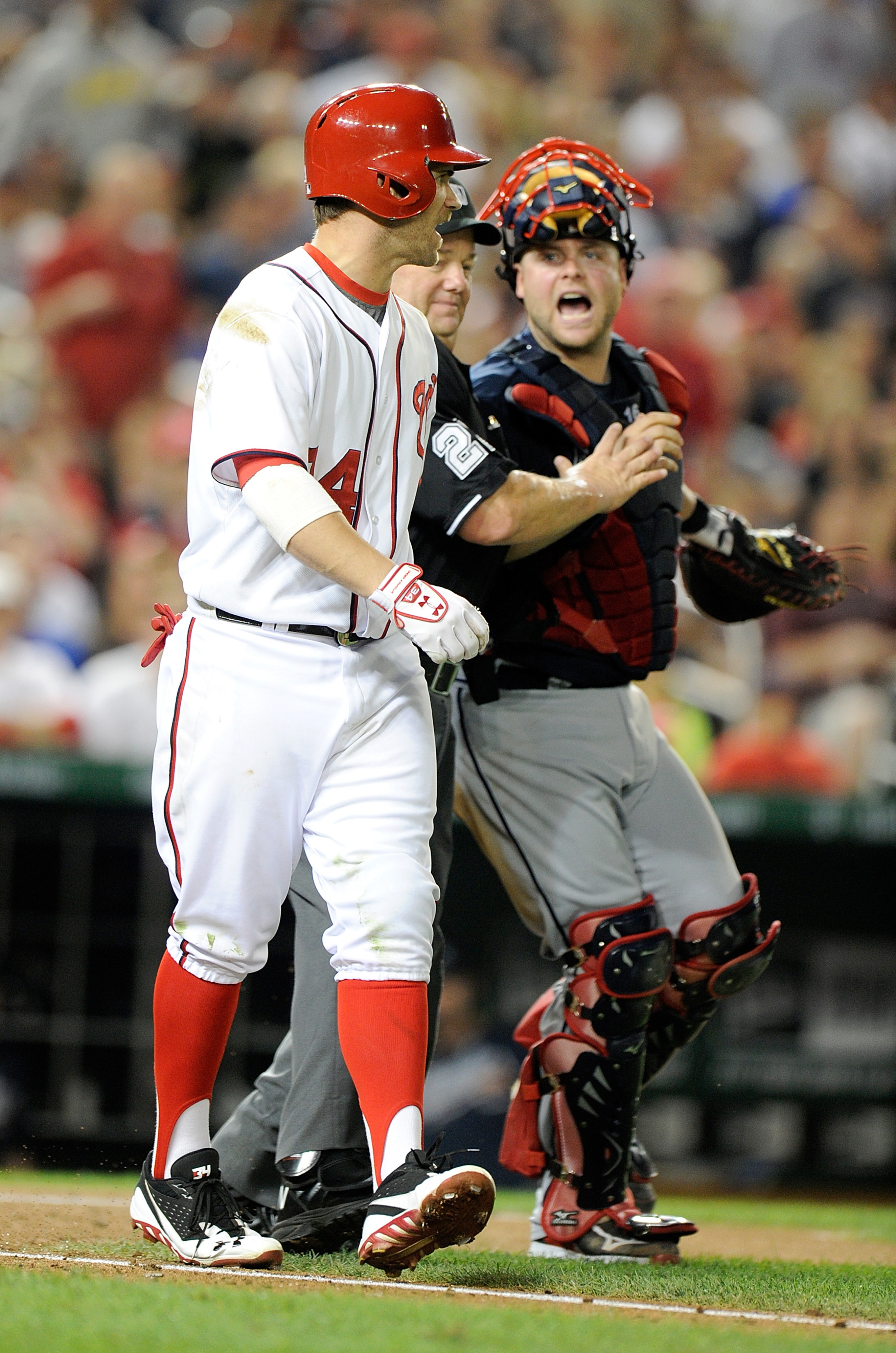 This one tells the story of ... well, I guess another brash, arrogant ballplayer, but this one has baseball's wet nurse yelling at him to get back in line. It's a story of conflict without resolution, a moment of unfettered anger, frozen in time. 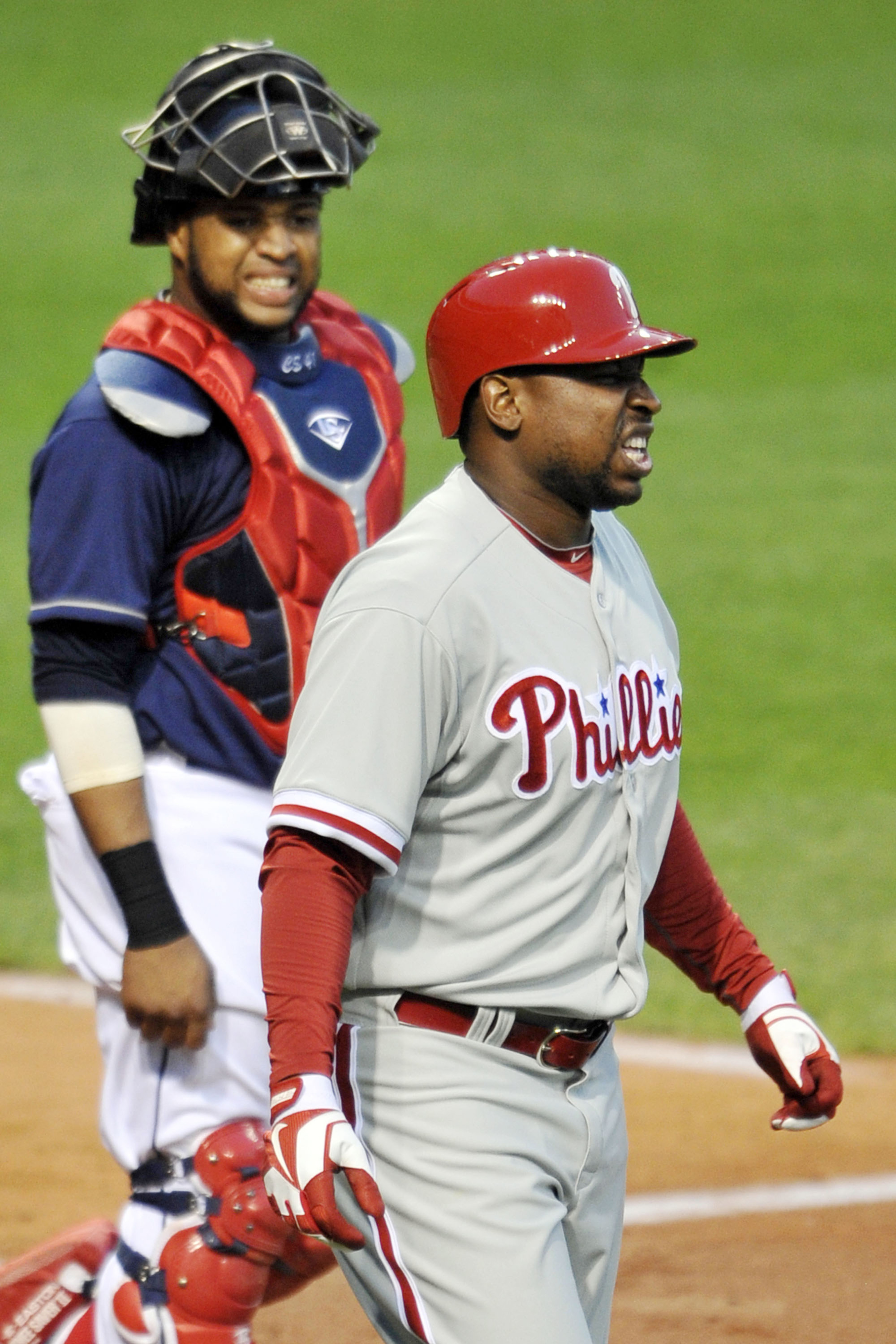 That one is the story of a baseball hitting someone hard enough to make both Delmon Young and Carlos Santana do that thing where you inhale loudly through your mouth with clenched teeth. 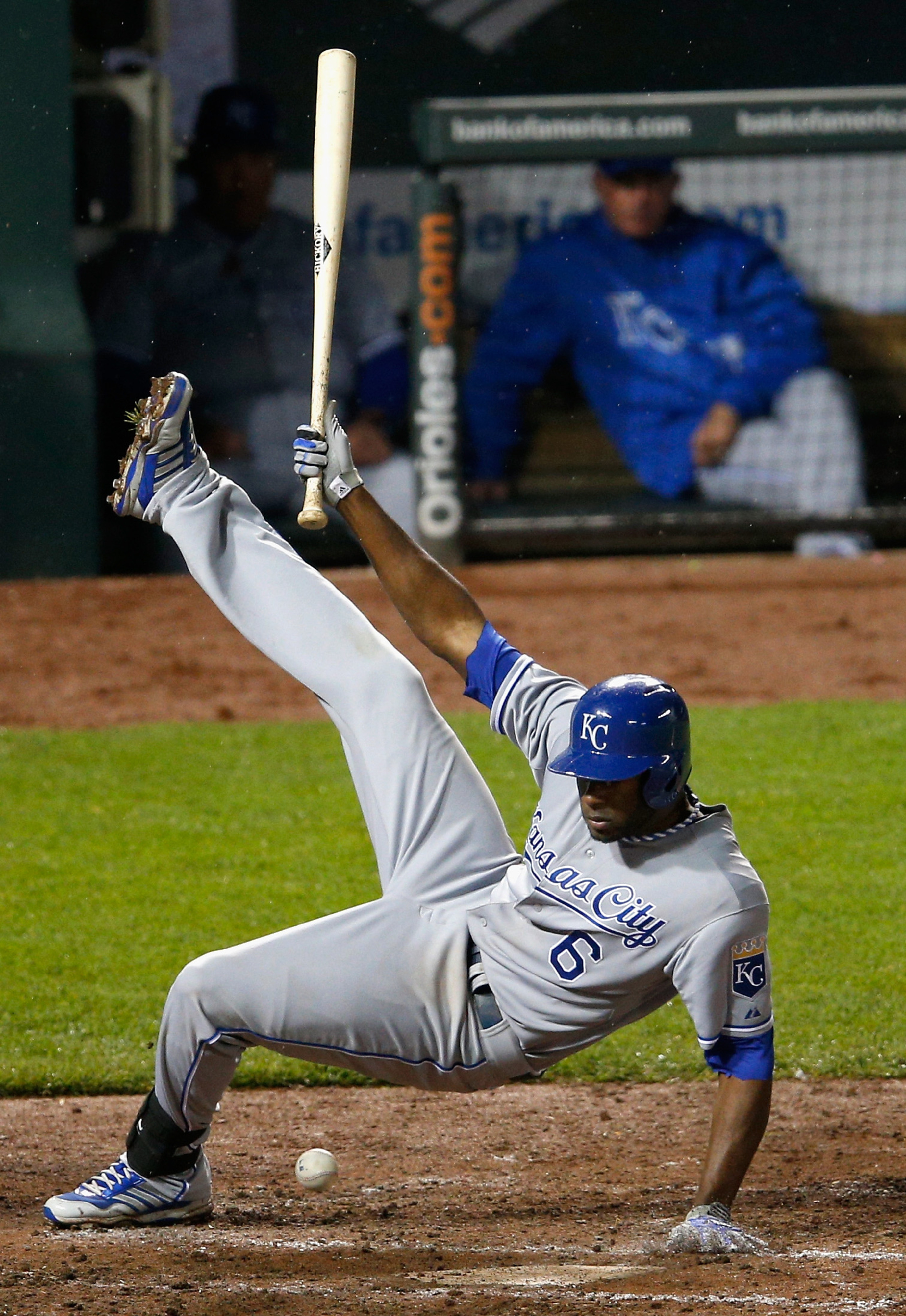 This is the story of a guy pooping out baseballs, not unlike Winona Ryder in the South Park movie. You probably didn't need that story. 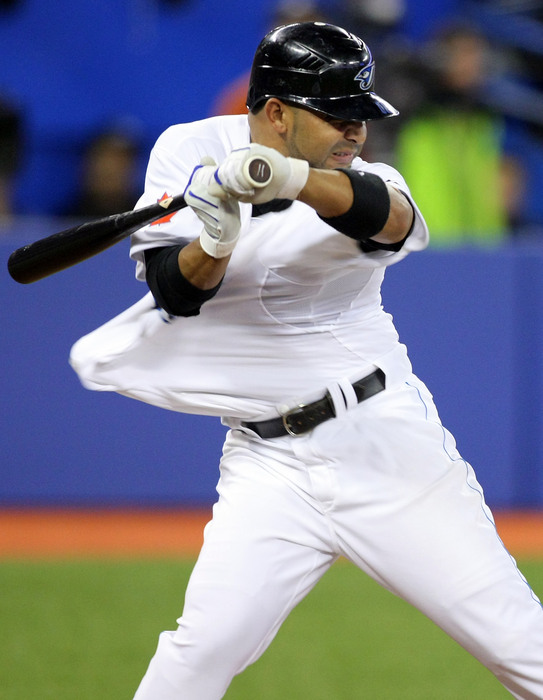 That is the story of Warrant Officer Ripley and the commercial-towing spaceship Nostromo, sent to investigate the beacon coming from a seemingly abandoned ship. 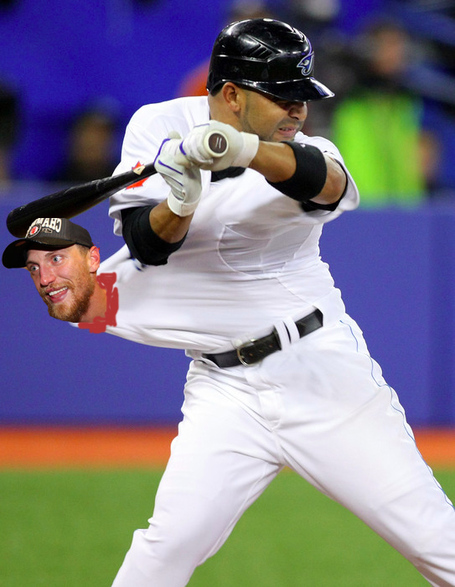 At some point, I ran into that well-known physical law of the universe: Everything eventually leads to a stupid A-Rod face. 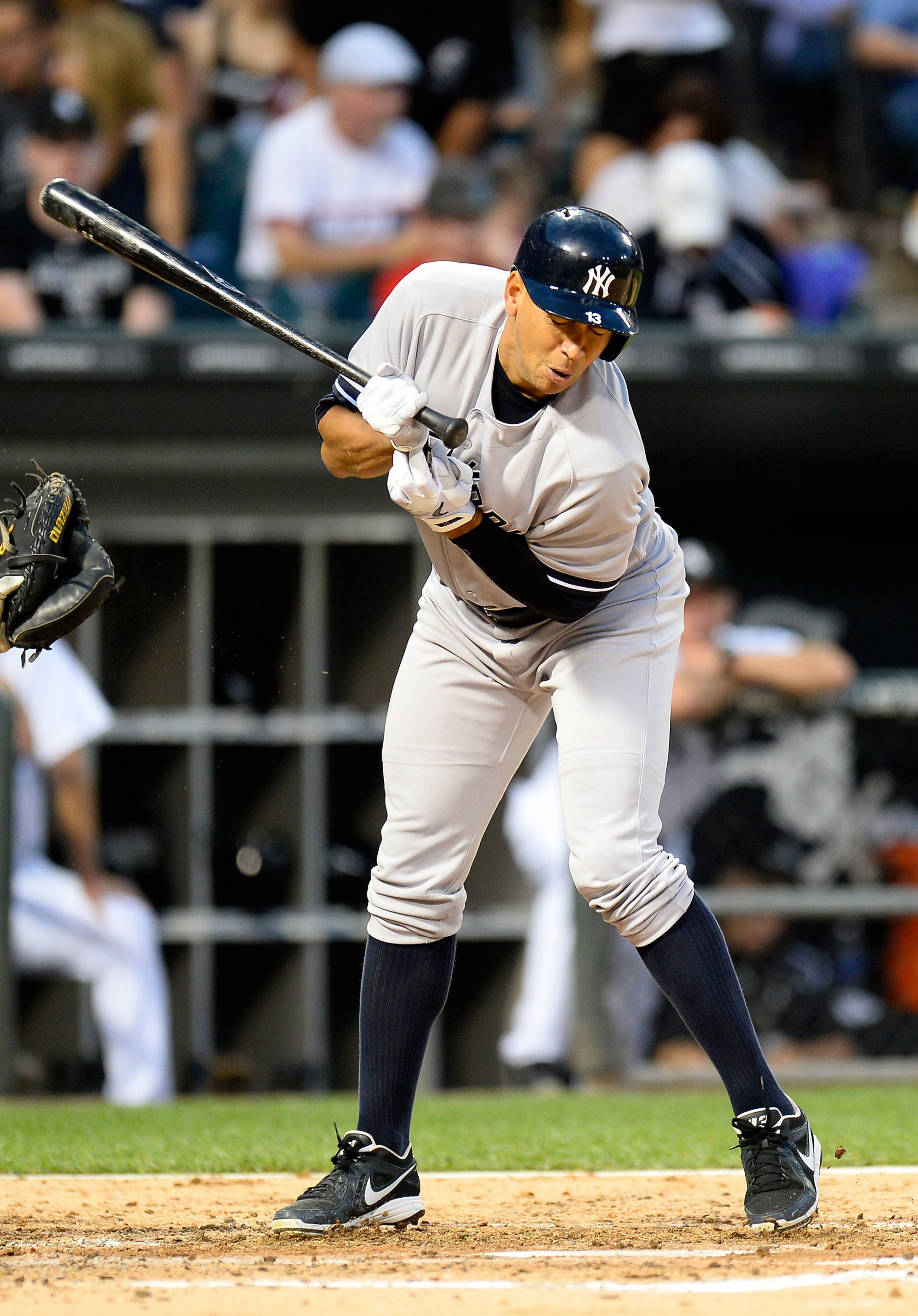 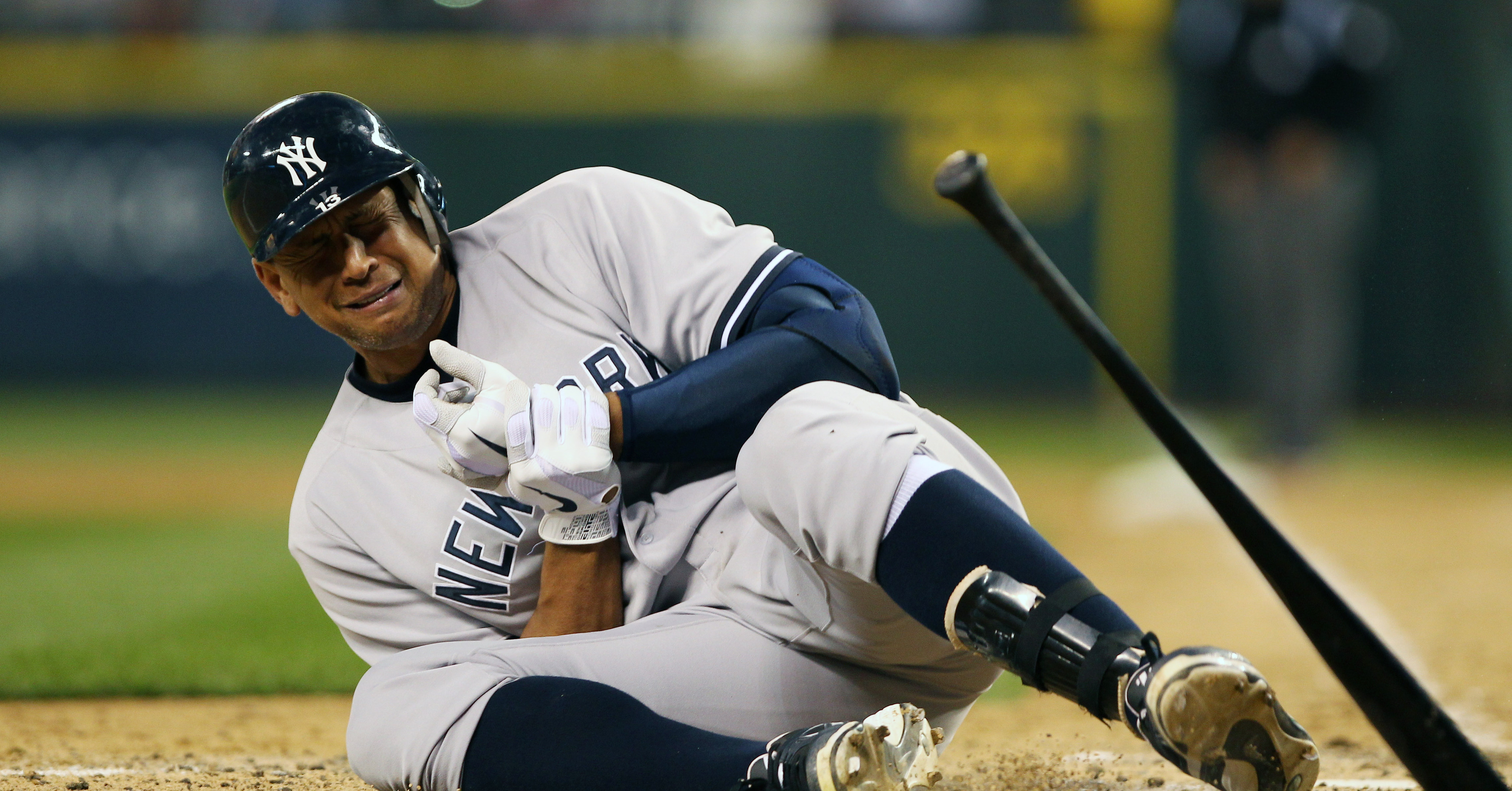 You know, I don't have any special enmity toward A-Rod, but I can't get enough of that last picture. It makes me want to go straight to YouTube and write a comment under a Rodriguez-related video. Like, "whiny baby A-Fraud is A-Roids", but more nonsensical and dumb. I have to shake my head in a comedically exaggerated way to get rid of the urge.

Is that it, though? Is that the lesson, a rehashing of what we already knew?

Then, a pattern emerged. Throughout the thousands of pictures, something became clear, so beautifully clear. This is the part of the journey where we learn something. 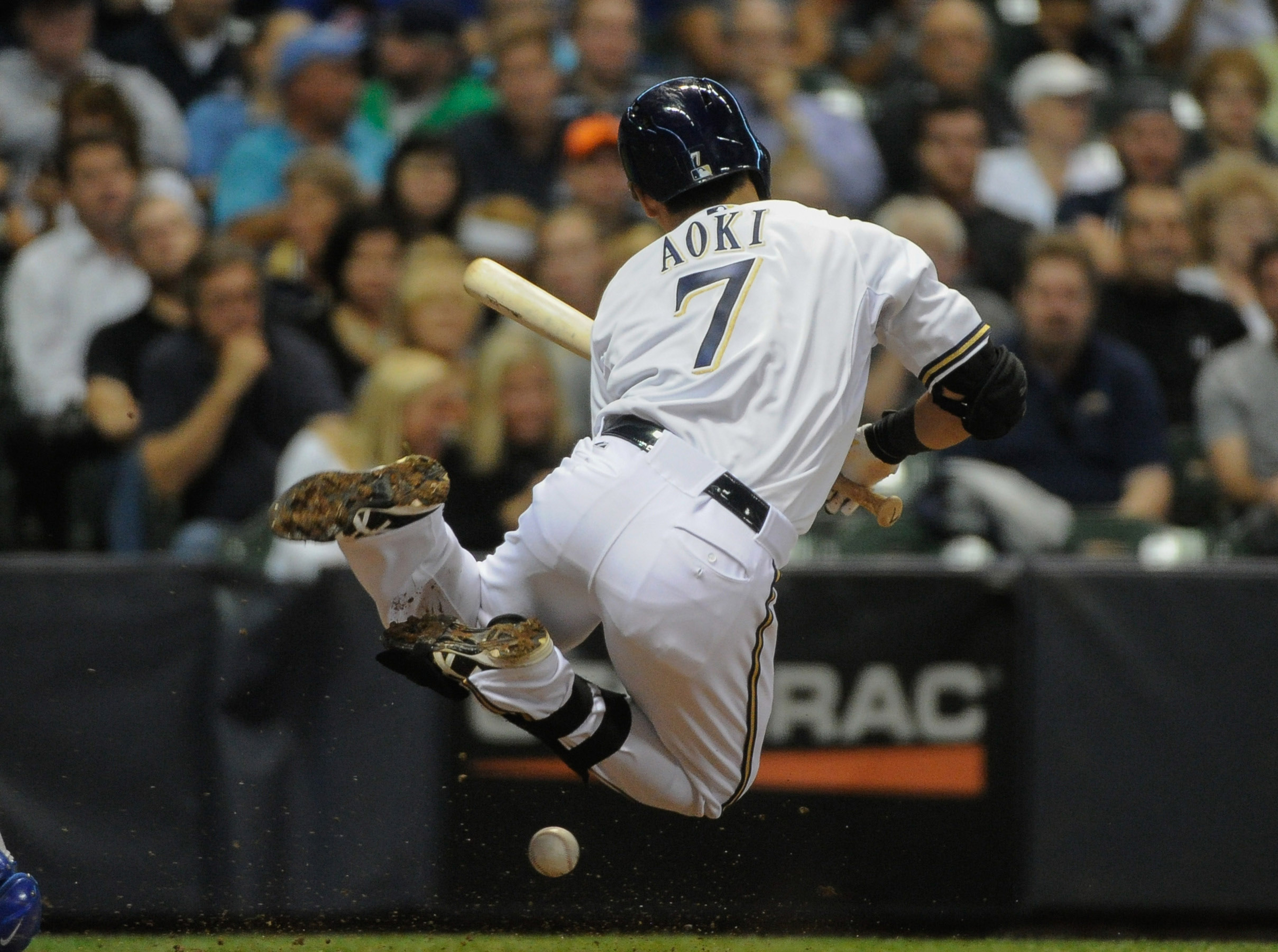 Norichika Aoki is special. He is to still hit-by-pitch pictures as Shane Victorino is to GIFs. 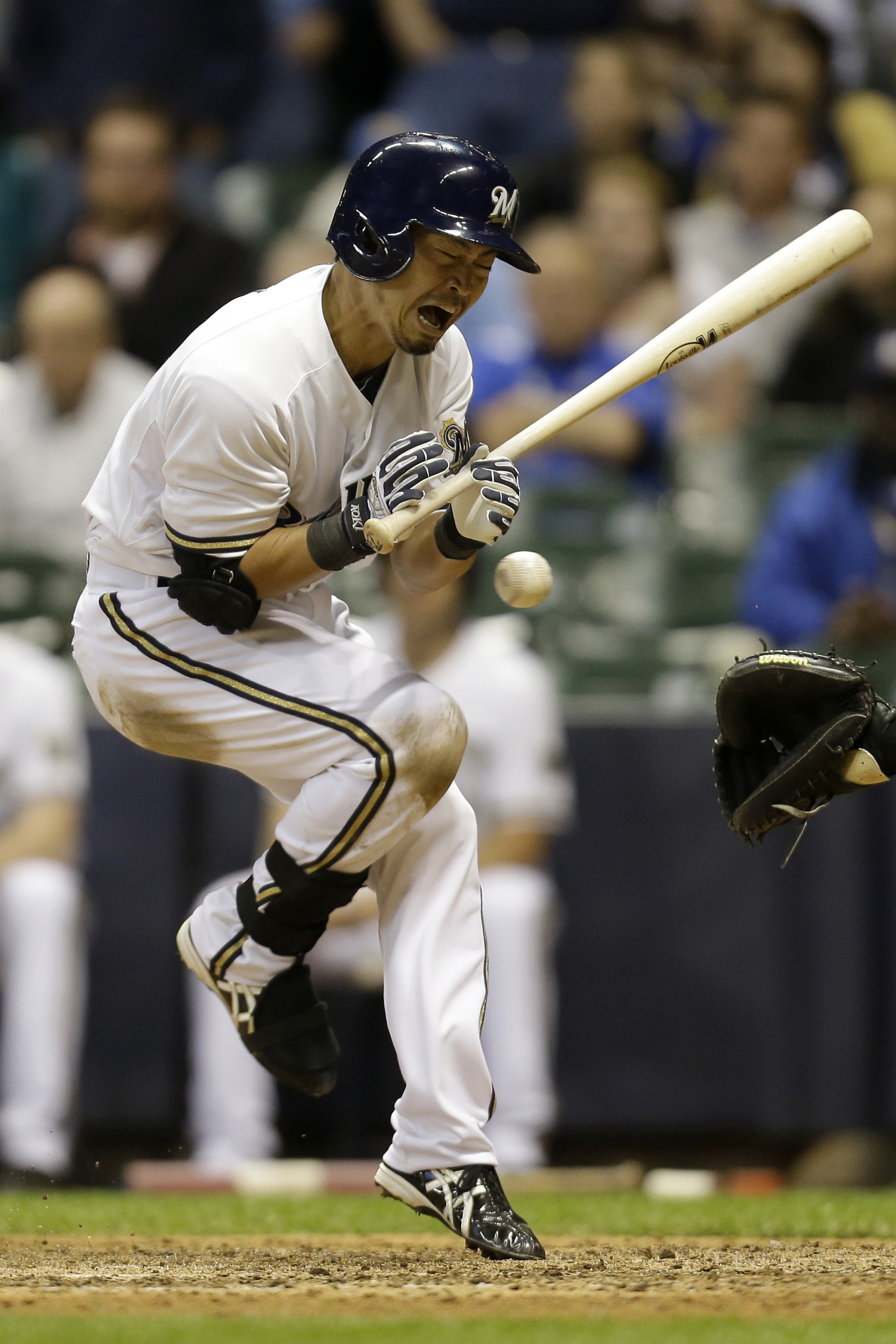 It starts with his stance, I guess. It's closed, but ready to fly open if he decides to swing. There's a huge leg kick that usually starts before the pitcher releases the ball. When it works, it works well. When he's hit by a pitch, he crumples like pie-crust Jenga. 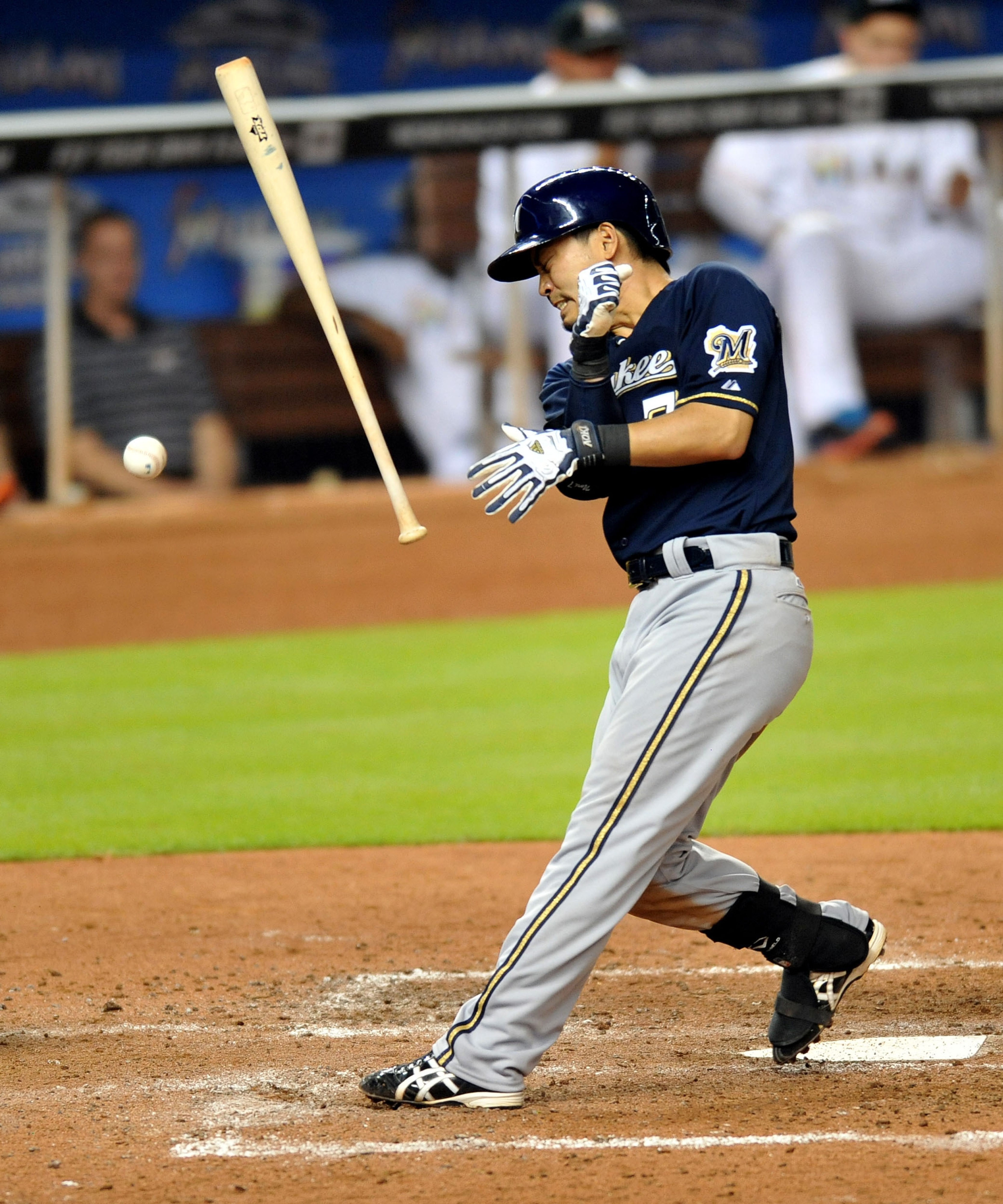 That one's almost an optical illusion, as it makes him look like a right-handed hitter. The only thing to give you some context is the direction of home plate. 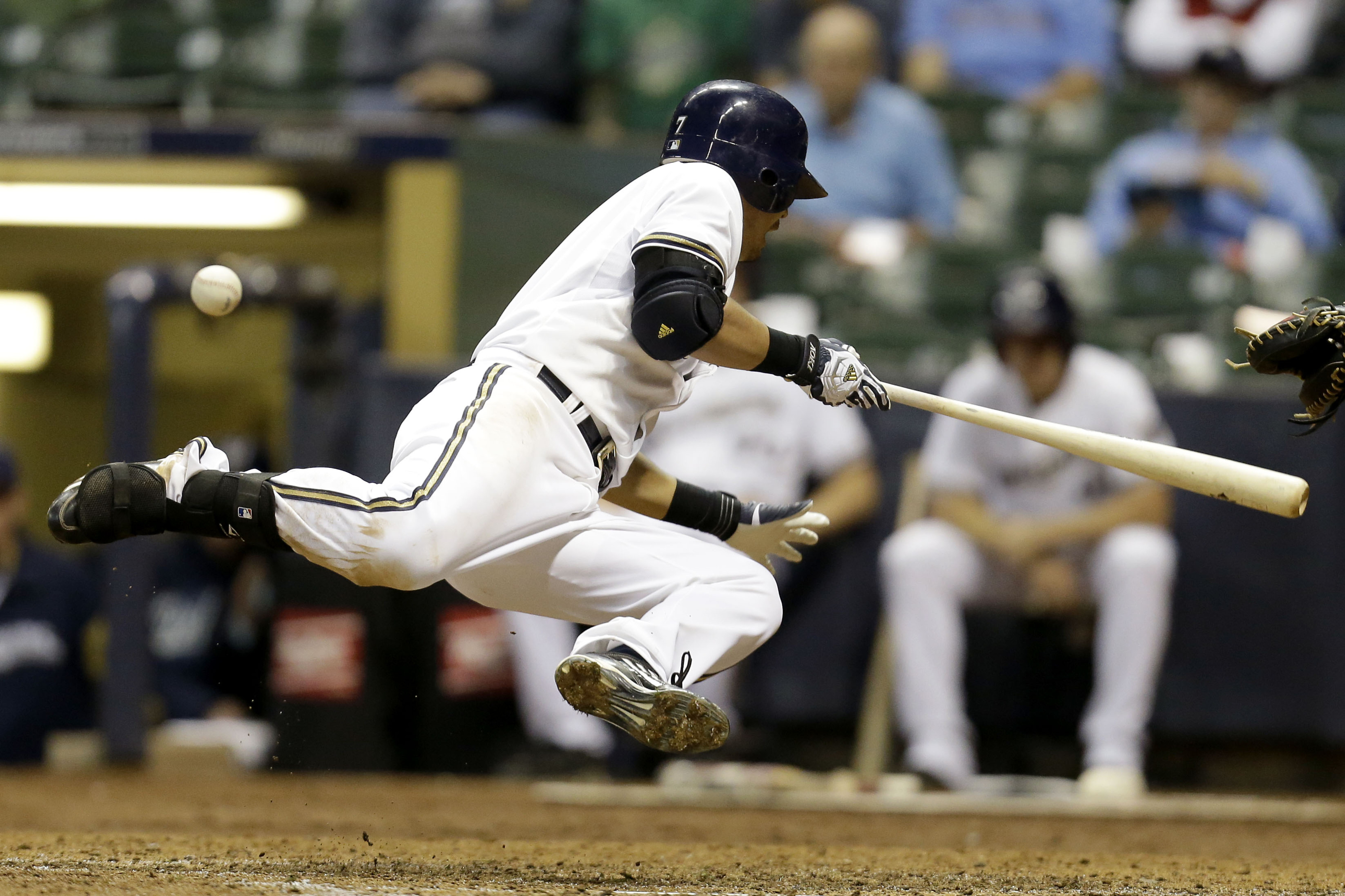 Only the catcher's mitt tells you which way is which. The ballet of Aoki's escape is mesmerizing. Out of the 2,000 pictures, about 20 of them were Aoki — a disproportionate amount, considering how many major-league hitters there are. But every time he was hit by a pitch, the editors of Getty or US Presswire would say, yes, that is a picture our clients might want. 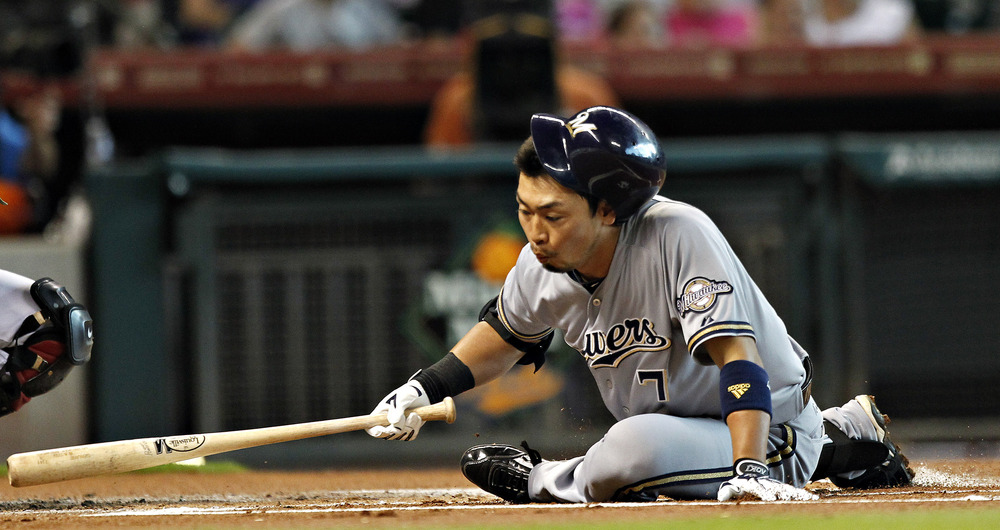 This is the birth of a still-shot legend. Royals fans got a high-OBP outfielder this offseason, but they also got someone who will brighten their computer screens. The only catch is that he has to be hurt first, which is a distasteful thing. 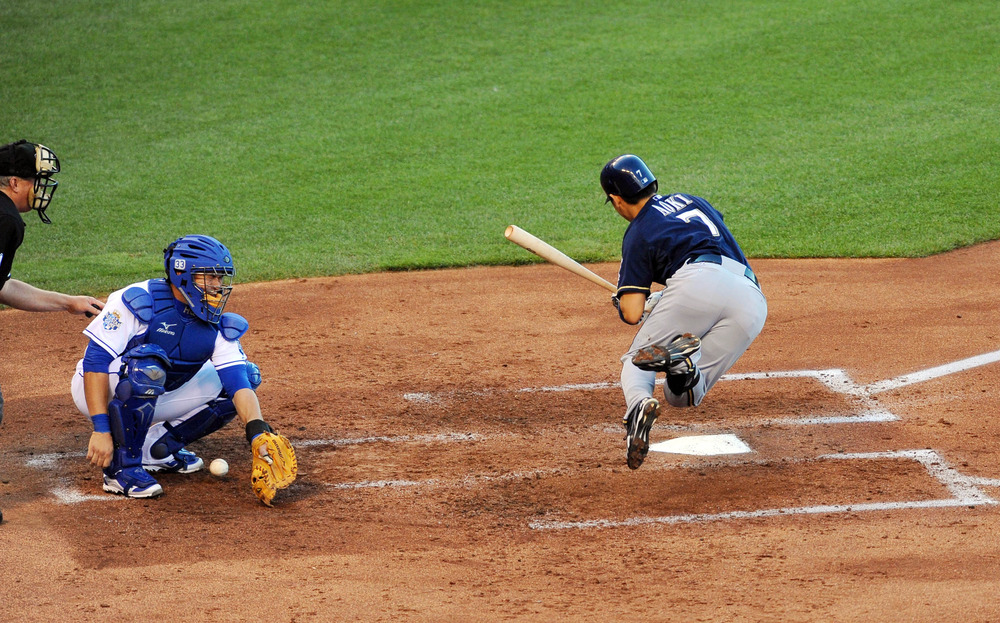 So while we can't root for more Aoki pictures, we can take solace in the artistry of the aftermath in case it does happen again. 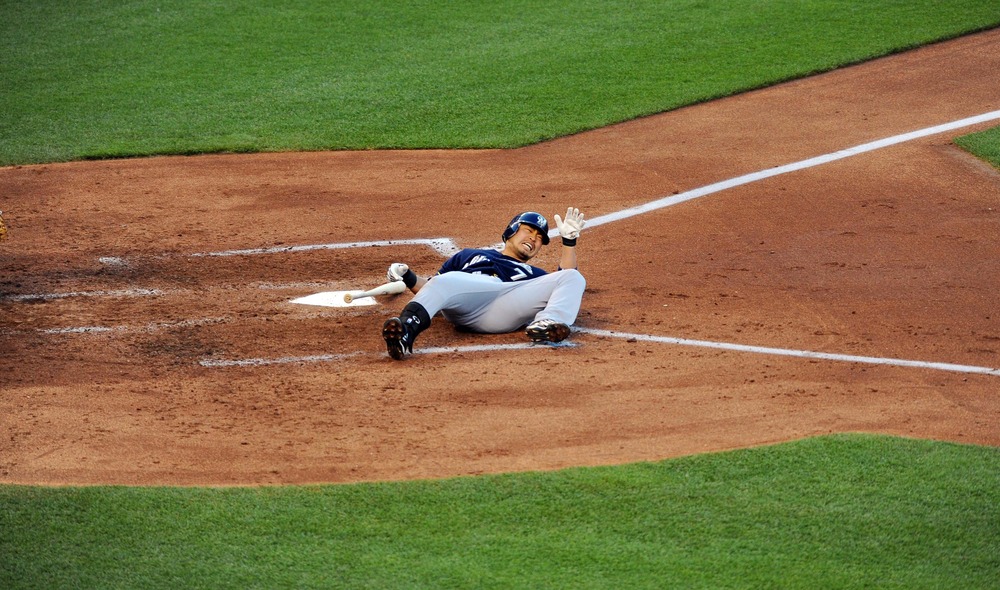 No one gets hit by a pitch quite like Norichika Aoki. No one. 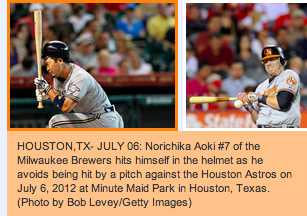 He is our new hero, and he will save us all. Provided he doesn't get really, really hurt because of baseballs. Be careful out there, Norichika Aoki. Be careful and thank you.