The Washington Post's Sally Jenkins wrote something we had to double-check was not parody.

Share All sharing options for: The 10 worst lines from Sally Jenkins' abysmal hit piece on the Northwestern union ruling

Sally Jenkins, renowned hot sports take artist at The Washington Post, penned her Sunday column on a National Labor Relations Board decision this week to grant Northwestern University football players the right to unionize. Patrick Vint did a great job breaking down what the ruling actually means, and what's next. Jenkins, on the contrary, lit reason on fire.

But the upside is that she and her sources gave us some memorably hideous quotes about the whole thing.

What does the NLRB decision mean?

Kain Colter and the Northwestern football team can unionize. What does this mean, and what happens next, for the Wildcats and others?

What does the NLRB decision mean?

It's hard to view Northwestern quarterback Kain Colter as the Che Guevara of college sports once you learn that he interned at Goldman Sachs.

Because unions are only for poor people, right?

In fact, one of the more refreshing things about Colter's role in the movement is that he has an obviously prosperous future (like most Northwestern alumni) and still feels a duty to challenge an unfair system. Kind of like, you know, a well-to-do Argentine named Che who went to medical school before becoming outraged at the unfair system around him.

2. All that valuable "stuff"

Colter and his peers aren't laborers due compensation; they are highly privileged scholarship winners who get a lot of valuable stuff for free.

Ooh, what kind of stuff?

This includes first-rate training in the habits of high achievement, cool gear, unlimited academic tutoring for gratis and world-class medical care that no one else has access to.

a. something they could get from the self-help section at the library
b. stuff they can't sell without incurring the wrath of the NCAA investigators
c. something all college students basically get
d. doctors to fix injuries suffered making the university money

Cool stuff. Can you buy a loaf of bread with any of it?

I want to believe that Izzo was grossly misquoted, because holy hell, did he just say you have to earn your rights? If he wasn't misquoted or taken completely out of context, man, that explains a lot.

Dear Izzo: you don't have to earn rights. Rights are what you're due. They are what you have, uh, a right to by virtue of being a member of civil society. You don't have to earn the right to be treated fairly. I consider Tom Izzo to be one of the paragons of virtue in basketball, legitimately. But that statement right there, if that's really what he said and meant -- "I think there's a process in rights. And you earn that" -- is straight out of the Jim Crow South.

Another banger from Izzo. "You have to be 35 to be president, and you can only get paid in tuition and medical care if you're a college athlete. It's in the Constitution." The reason you have to be 35 to be president is because it's in the danged Constitution! The reason you can't get paid while playing for Tom Izzo is because the NCAA cabal has declared it so. I'm sensing different levels of authority here. 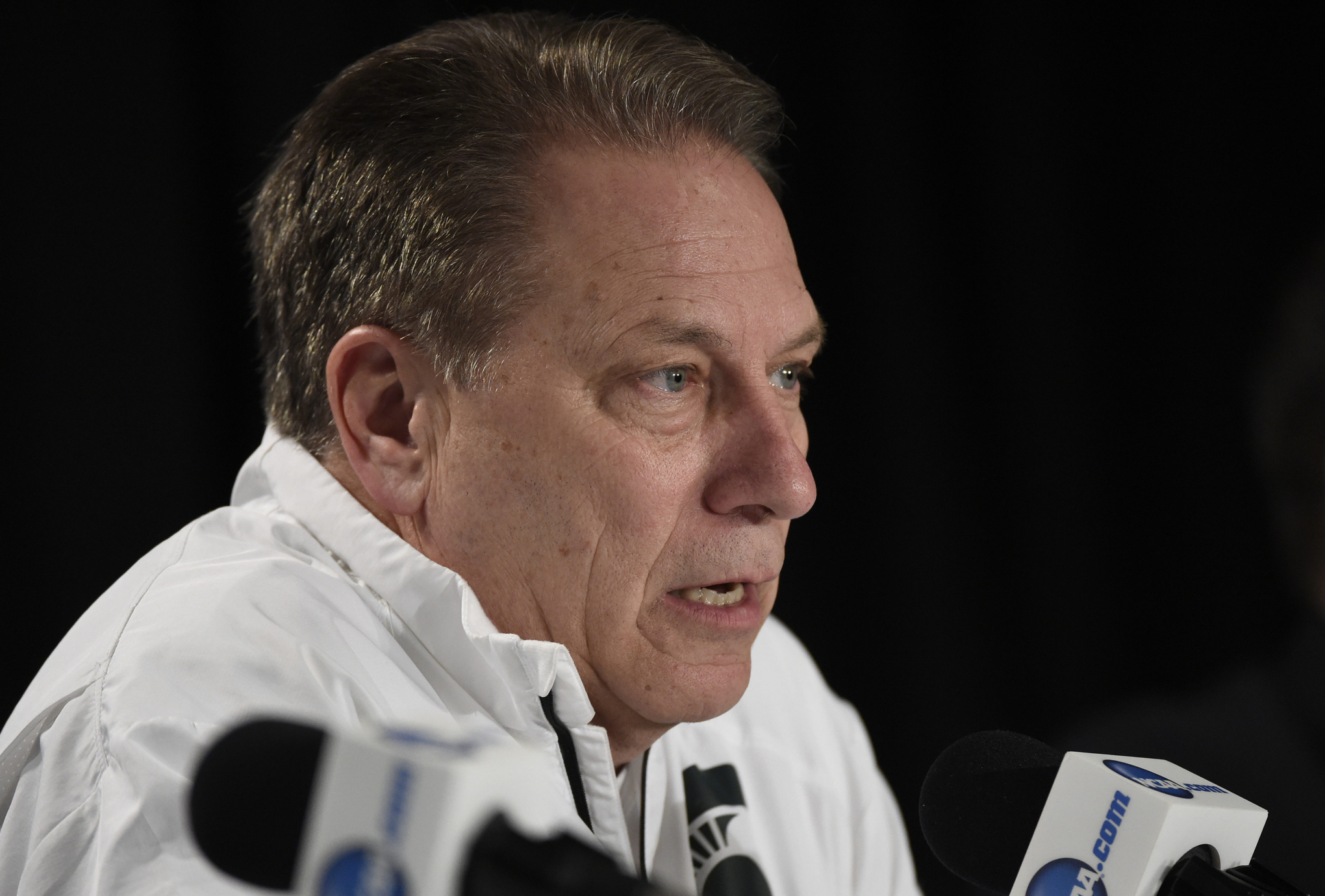 College athletes enroll at their institutions to mature. Whatever their end goals, pro aspirations or workloads, they are no different from any other students in that respect. They are there to develop emotionally, intellectually and physically, and that's all a school owes them, no matter how much revenue is generated by Johnny Manziel at Texas A&M.

So tell me Sally: are they there to develop emotionally, intellectually and physically, or are they there biding their time and boosting their stock before they get paid? If they are there only to develop emotionally, intellectually and physically, why isn't Andrew Wiggins sticking around for a couple more years?

The NCAA is afraid of amateurism

The NCAA is excellent at preserving its lucrative status quo and creating new rules. It is not nearly as good at knowing what's in its own best interest. David Roth explains.

The NCAA is afraid of amateurism

I actually don't know if Stanford tennis players, Wahoo laxxers or Harvard rowers are exploited. Chances are that their universities are not making money on their account, if that's what you're asking. Texas A&M definitely made money off of Johnny Manziel. But shutting athletes out of the profits isn't the only way athletes can be exploited. Unions don't just bargain pay raises. They also advocate for better working conditions, a more fair grievance or arbitration system and the like. It'd sure be nice if athletes outside the big two sports, too, were able to collectively advocate for an improved system.

One can only imagine the conniptions Sally Jenkins would have had when Curt Flood wrote to Bowie Kuhn in 1969. "Wait, so players can just decide where to play?"

What about transfer rules? If players are employees, then can they simply quit? At the end of a game can they cross the field and ask for a job from the opposing coach?

Yes, who will think of the coaches when it comes to the transfer rule?!

It's not looking out for college athletes to open the Pandora's box of employment and unionization.

It's not looking out for college athletes to pave the road that leads to some of them getting paid and all of them getting a role in self-advocacy and self-determination. They don't know what's good for them.

Would Kwame Brown truly have been exploited by spending a couple of years on the Florida campus under the tutelage of Billy Donovan? Or was he more exploited and ill-served by going straight to the NBA and joining that union?

For what it's worth, that exploiting NBA union made it so that poor Kwame could make $63 million over a long, solid career.

If he now wants to go get that Florida degree -- a good idea, no doubt -- he can probably afford it. Thank God for his union.