A basic prediction system warns us of impending doom to all who face the Spurs.

The 2014 NBA Playoffs begin on Saturday and will last approximately 2.5 years. At some point in the distant future, the league will crown its champion. We are an impatient society, though, and must know NOW.

So for the umpteenth consecutive year, I used a version of Bill James' log5 method adapted for the NBA by Dean Oliver to predict the results from each series. The results are below. Keep in mind that each team's probability of winning any given game is based on regular season performance, which has proven to be the strongest indicator of postseason success. The standard NBA home court advantage has also been incorporated.

But log5 doesn't predict injuries and this version doesn't even account for injuries we already know about (like Andrew Bogut's ribs). That's what derailed the predicted Thunder path to the title a year ago: Russell Westbrook got broken in the second game of the postseason.

The Hawks were not particularly good in the regular season, and though Indiana struggled down the stretch, the math indicates the Pacers are far superior. That said, there are some interesting matchups that could cause Indiana heartburn. I'd expect a five-game series at least. The numbers give Pacers In Five the best odds of happening.

Hawks look to play spoilers Pacers pushing for the Finals

The most lopsided first-round match-up on paper, with the Bobcats looking like overwhelming underdogs. There's a 63 percent probability the Heat finish this off within five games.

On paper, Toronto is way better than Brooklyn. The one issue that stands out here is that the Raptors are mostly young whereas the Nets are full of veterans. I don't think that will matter much, and I'm on board with the math in predicting that Toronto will take care of business in four or five games. The Nets will rue the day they aimed for the Raps.

The closest Eastern first-round series is, of course, the 4-5 match-up. But Chicago still looks like solid favorites. The Bulls winning in four or five is almost equal to the Wizards' odds of winning the series at all. But a one-of-three probability isn't too rough.

Again, the Pacers are making fans nervous lately. But over the course of the regular season, they were much better than the Bulls. The easiest prediction for this potential series is scores consistently in the 70s. 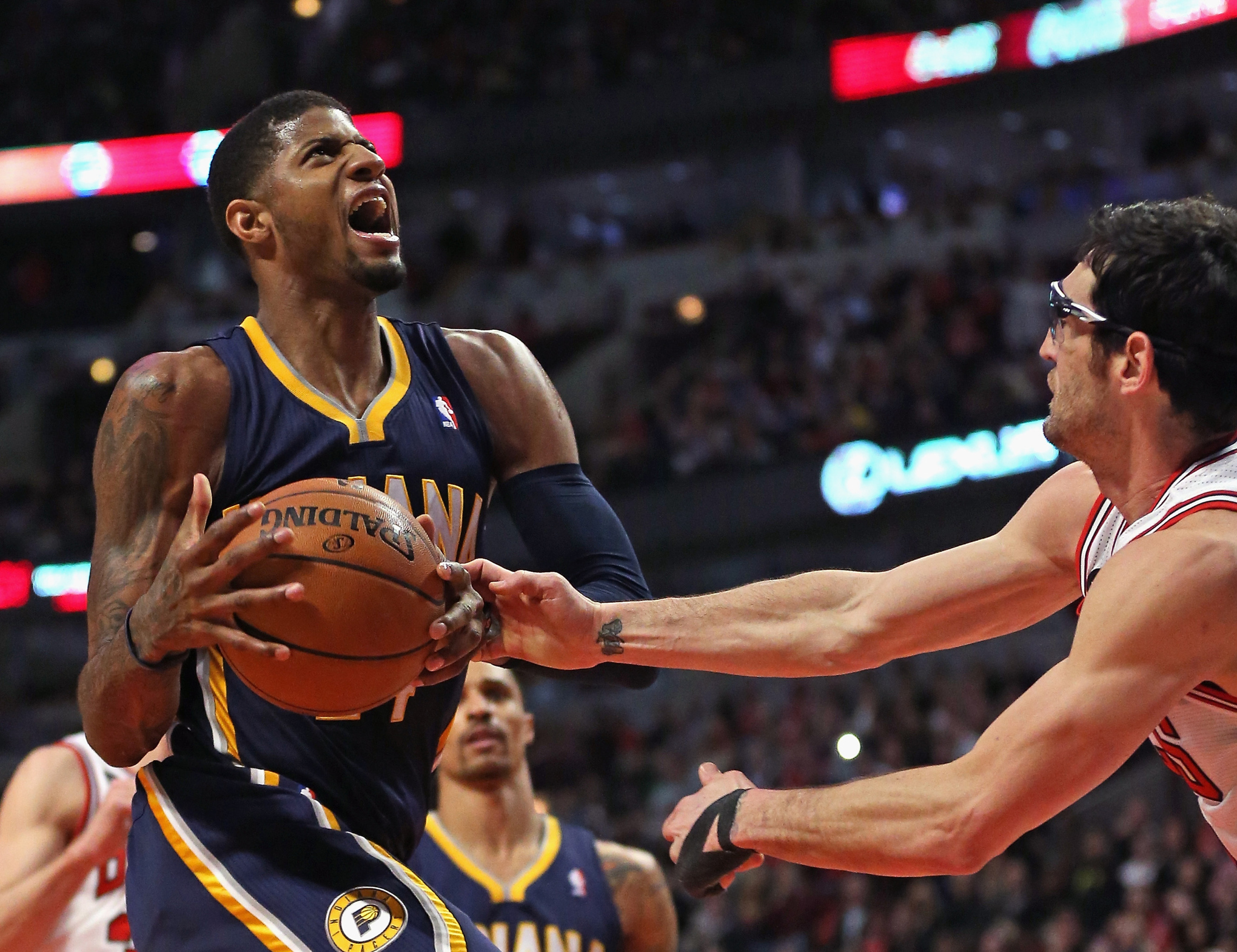 The Raptors might be a popular upset pick had they faced the Pacers instead of the Heat in the second round. But the Heat had a much stronger scoring margin that Toronto, and should win a second-round series between the teams.

The Pacers pulled out home court advantage, but the numbers say Miami is good enough to overcome it. The most likely result is Heat In Six, followed by Pacers In Seven. This should be a GREAT series if it comes to pass. (Captain Obvious, signing off.) 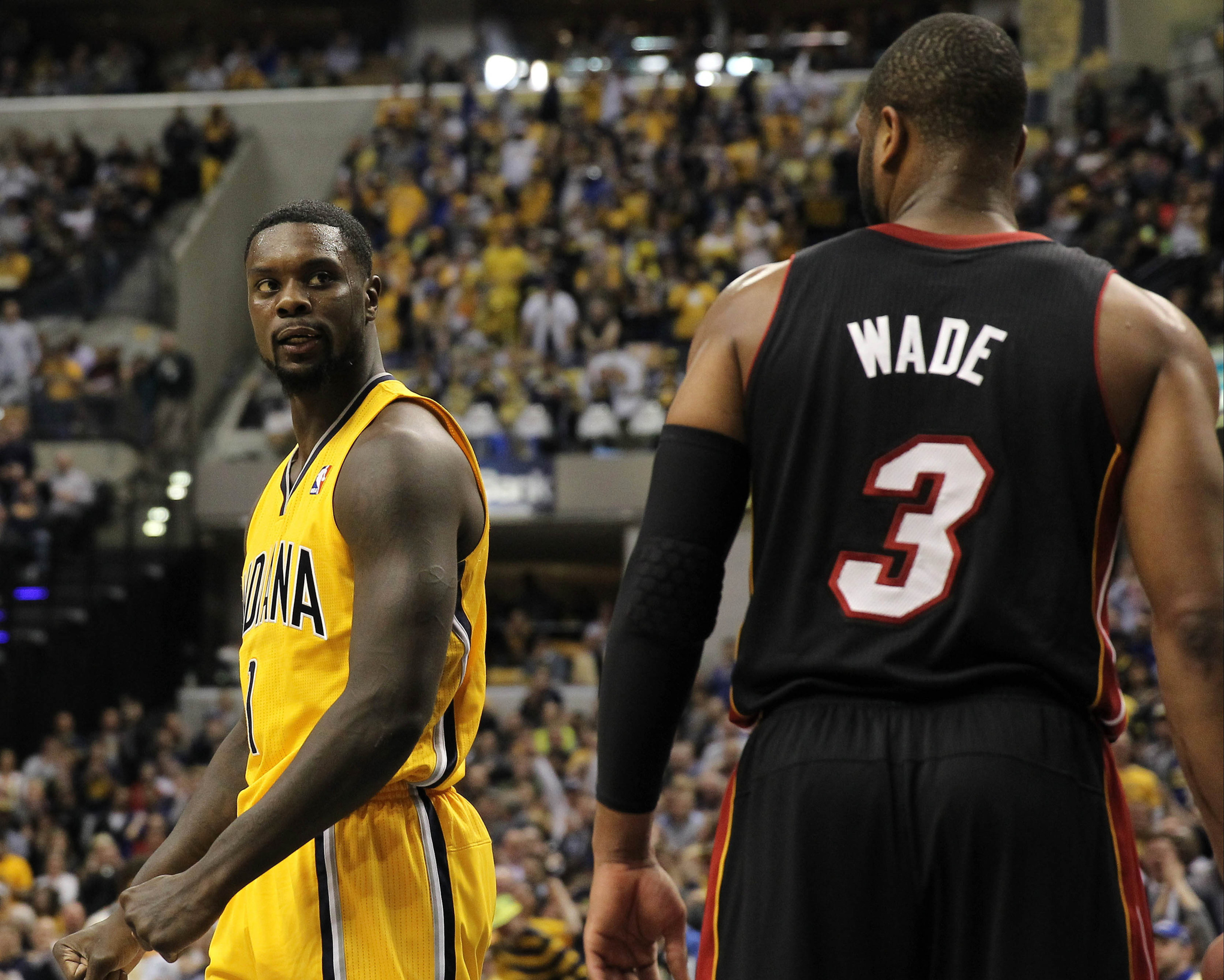 Spoiler alert for the rest of this piece: the Spurs look freaking fantastic on paper and on TV heading into the playoffs. The overwhelming odds in favor of San Antonio aren't so much about Dallas as they are about what looks like a steamroller Spurs team.

Mavs return to the postseason Spurs look to another title

The Thunder land the most lopsided West battle on paper; by scoring margin, Memphis is the weakest West playoff team. But of course, Memphis went three months without Marc Gasol. It's likely that the Grizzlies are stronger than the math suggests -- we haven't adjusted for recent performance -- and this series is less likely to be done in five than it looks. Oklahoma City should, however, advance.

Can Durant push OKC to a title? Memphis is ready to be a nightmare

Surprise! This figures to be the best first-round series. (In this case, eyeballs agree with numbers.) What's great about this series is that both teams are really strong. L.A. is No. 2 in the league in scoring margin and the Warriors are No. 6. Having that advantage plus home-court should lead the Clippers to the second round. The Andrew Bogut injury doesn't hurt, either.

Houston is a heavy favorite, though the math doesn't grok how bad Portland looked when LaMarcus Aldridge was out nor that he's back in. Nor does the math realize that Dwight Howard is beaten up. So this series could be closer. I'll say that a 5-game exit for Portland would be quite disappointing.

Would Portland have fared better if they'd won home-court? If you gave the Blazers home court advantage in this series and change nothing else, Portland would have a 37 percent probability of winning the series.

Again, the Spurs are incredible. It's worth noting that Houston had good regular season success against San Antonio. But the Rockets face an uphill battle on paper. The Spurs are just so strong.

This shapes up to be a helluva series, too. The Thunder claimed home-court over the Clippers in a prospective second-round series on the final day of the regular season. That home court advantage is what makes OKC paper favorites against the Clippers. If L.A. had HCA, they'd be the favorites here. There's a 64 percent probability that this series goes at least six games. 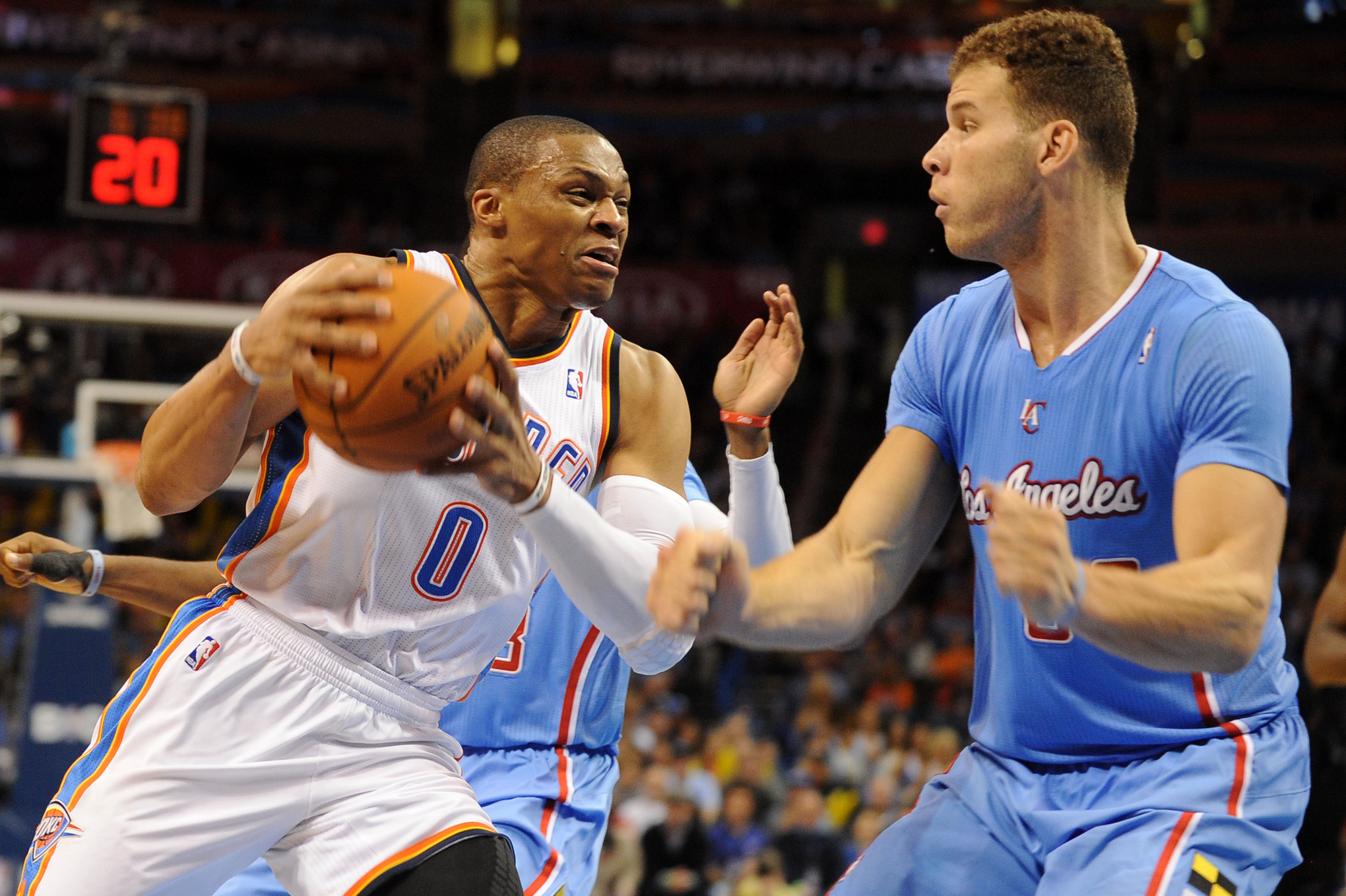 The Spurs look stronger than OKC, but remember that the Thunder swept San Antonio in the regular season. This is one of my least resolute predictions, and I'd bet on the series going seven. I still do think the Spurs take it, though.

Miami is the top East team in scoring margin. They'd be Finals underdogs on paper to the top three West teams. The Clippers would be very narrow favorites. The Thunder would have a slightly stronger win probability. And the Spurs are pretty strong favorites, as you can see. 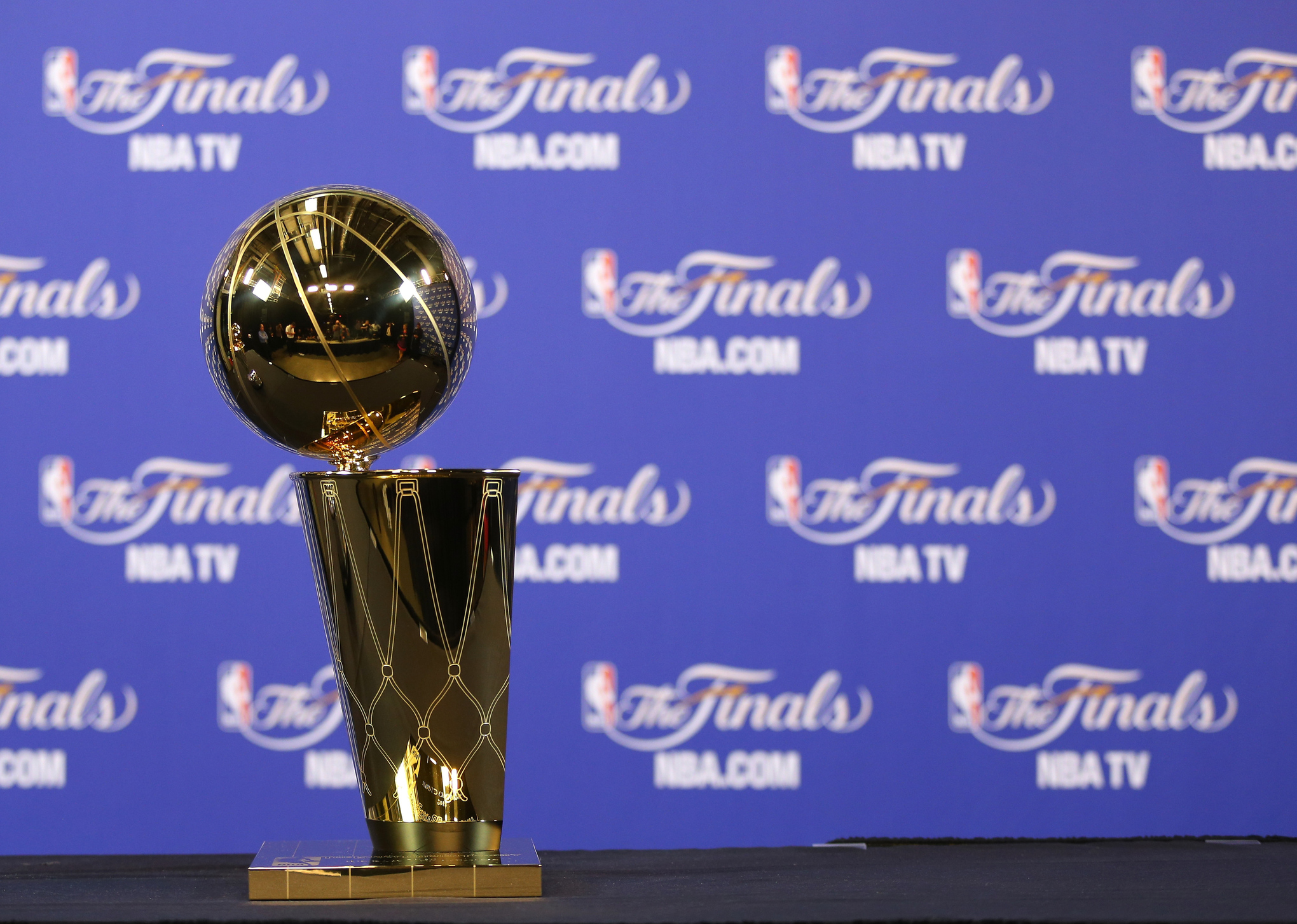 For what it's worth, last season the Heat had a better scoring margin than the Spurs and home court advantage in the Finals. And they barely beat San Antonio.

So there you have it. Math says the Spurs will win the title. Now we find out what the ball says. And that's what matters, because the ball don't lie.