Can the San Antonio Spurs go from heartbreaking runner-ups to champions?

The Spurs finished one rebound shy of winning the title last season. Now, they enter the playoffs with the league's best record and as the prohibitive favorite to return to the Finals.

Share All sharing options for: Can the San Antonio Spurs go from heartbreaking runner-ups to champions?

Spurs at a glance

The best regular season team in Spurs history won 63 games in 2005-06 and lost to the Mavericks in the second round of the playoffs. It should have been the conference finals -- the NBA was still giving preferential seeds to division winners regardless of record -- but there's a reason why no one outside of San Antonio remembers that Spurs team. Regular season success is an afterthought.

This year's Spurs probably could have set a new regular season franchise standard if Gregg Popovich cared about such things, which he clearly does not. This year's version attained its success almost in spite of itself, as Pop made do without Tony Parker, Kawhi Leonard and Tiago Splitter for significant parts of the season. Their record is a testament to Tim Duncan's brilliance, Manu Ginobili's revival and Pop's coaching acumen.

The Spurs enter the postseason as the favorites, and one main reason is that they'll have homecourt advantage. The West is so loaded that only a handful of results would be considered truly shocking. But it would be surprising -- if not disastrous -- if the Spurs didn't at least reach the conference finals for the third straight year. That's their new standard.

When San Antonio last won a championship in 2007, its offense was defined as being slow, plodding and efficient. Seven years later, the same cast of stars are quick, high-scoring and somehow just as efficient. The Spurs are old and new again, and suddenly, that's become cool.

Not unlike the scores of retro kicks released in the last three years, San Antonio has reinvented itself. Between 2009 and 2011, the Spurs looked much like retros did a few years after their prime: clunky, uninventive and using dated technology. They appeared of their own place and time.

But with the years gone by and the kids of a decade ago entering their prime earning years, nostalgia has played a large part of the influx of shoes like the Air Zoom Flight The Glove, Air Penny V and the Adidas Crazy 1. What was once heavy and out of date now harkens back to a time when the game was pure and everyone thought we'd be eating Dippin' Dots in space.

Like these shoes, the Spurs are no longer made with 1990s technology. Kawhi Leonard, Patty Mills and Marco Belinelli are space age materials, ready to be bent and molded into place by Gregg Popovich. On the attack, the the boys in black have racked up the best record in the NBA and a top seed out West.

Now, San Antonio needs to maintain their velocity and stay relevant through the NBA playoffs. The question in Texas is: Are the Spurs Foamposites, reaching their final peak before fizzling out? Or are they a pair of Cement 3s, ready to be un-Deadstocked? 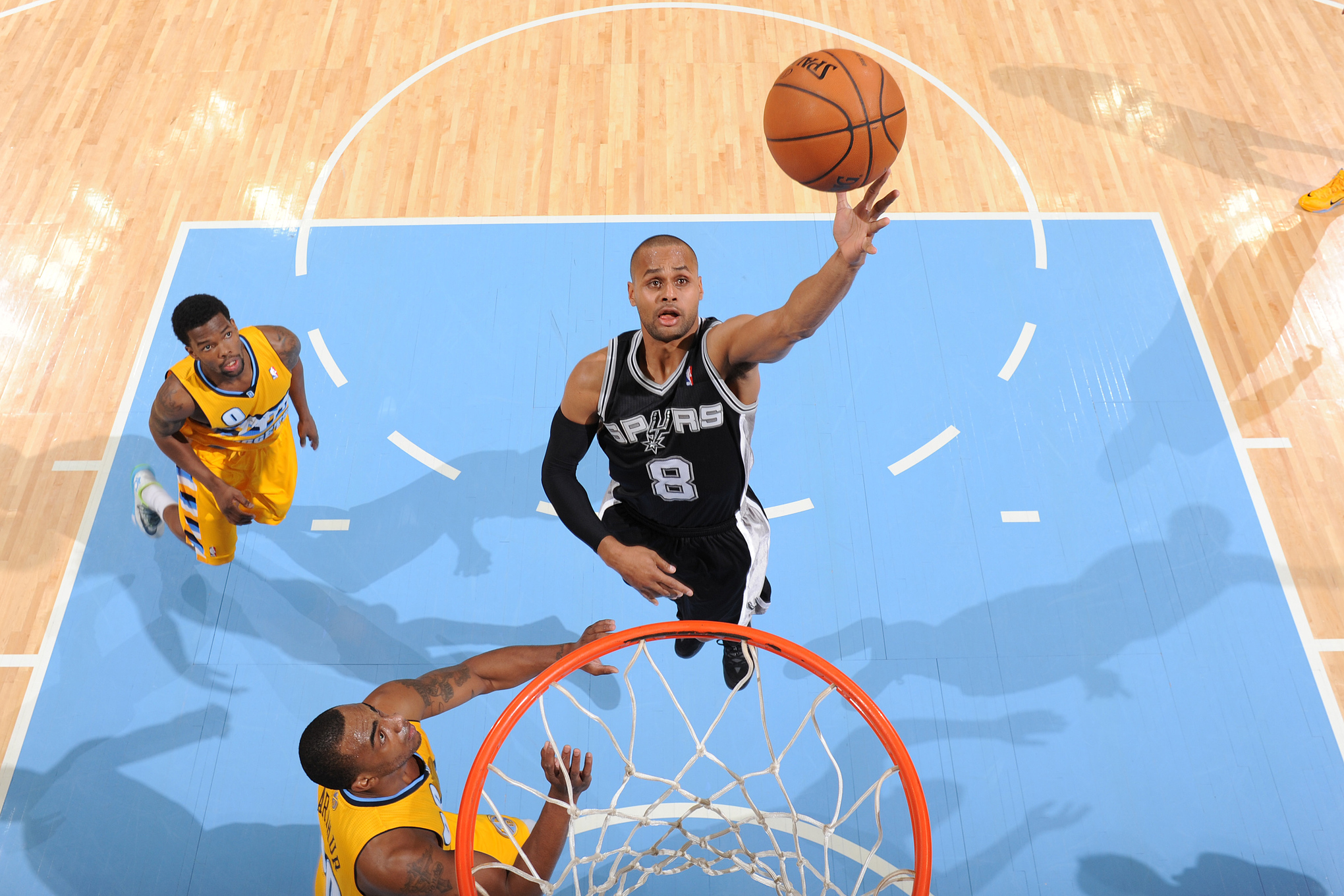 Patty Mills has quietly developed into one of the best backup point guards in the NBA. Playing a career-high 18.4 minutes a game this season, he beat out fellow San Antonio Spurs reserves Cory Joseph and Nando De Colo, the latter of whom was sent to Toronto at the trade deadline. Watching Mills get shots off in a hurry, you think of him as a heat-check guy, but he's been hot far more often than not. Whether filling in for Tony Parker or checking in to change the pace, Mills has been extremely efficient, making 41.5 percent of his three-point attempts and almost never turning the ball over. Having coached him in San Antonio and with the Australian national team, Sixers head coach Brett Brown knows better than anyone how dangerous he can be.

"He's electric. He's a game-changer," Brown said, via the San Antonio Express-News. "He's lightning in a bottle. Choose whatever phrase you want. Now he's arrived in the NBA, where before he was a journeyman and gypsy. I'm so proud of Patty Mills."

You'll be unsurprised to learn that the Spurs are totally brilliant in most statistical measures. There are some categories San Antonio sacrifices almost by default. Famously, one of them is offensive rebounding, where the Spurs are indeed pretty poor. The Spurs also don't draw very many fouls, placing in the lower echelon of the league. They make up for it with an incredible shooting clip (including No. 1 on threes and top-5 on twos) and a decent turnover rate.

San Antonio is even better defensively. The Spurs don't gamble and thus rank low in turnover creation. They are elite in every other defensive factor, with a top shooting defense, incredible defensive rebounding and an extremely low foul rate. San Antonio knows exactly what it's doing and executes without parallel.

Our resident coach's scouting report on how to stop the Spurs.

Often imitated, but never duplicated, the Spurs' famous Loop play continues to be their best source of offense. It begins with the point guard -- usually Tony Parker -- dribbling to one side as another guard cuts in an L shape from that same side through the lane and back to the top of the key. (This is where the term "Loop" comes from: it describes this guard's movement).

From there, it turns into a Floppy set. Parker has three baseline screens to use and can choose to curl off just one on the same side or run off the other two on the other side. Parker has run through each of these options so many times that he can beautifully execute the play in his sleep.

ROOT FOR THE SPURS BECAUSE...

They are the most fun and eccentric great team out there. I know most people imagine Spurs basketball as structured and machine-like, but consider these facts: Patty Mills makes Nate Robinson seem gun-shy at times, Boris Diaw "Cream Shakes" players in the post like a basketball savant and Marco Belinelli finds your 24 three point line boring, so he routinely pulls up from 27 feet out. And those are just the bench players!

If that doesn't convince you, we'll throw in the best team ball you'll see and a chance to witness Kawhi Leonard emerge as a star. Why wouldn't you root for the Spurs?

Best Case: As the confetti falls on a fifth Spurs' championship, Tony Parker blows kisses to the crowd while Manu Ginobili sobs uncontrollably and Tim Duncan appears to smile briefly. Kawhi Leonard stares blankly at the scene, but later concedes to the San Antonio Express-News that he's "happy." In his post-championship press conference, Gregg Popovich announces that he's preparing to write his long-awaited memoir, "Yes, I was a spy."

Worst Case: After an early playoff exit, Duncan announces that he's done and Pop says he won't coach without Timmy. Let's not contemplate this one yet. It's too depressing.