The Clippers bring their best team ever to the postseason. Can Doc Rivers get this talented mix over the hump after underwhelming postseason results the last two years?

Clippers at a glance

Forget for a minute that these are the Clippers. Forget that Chris Paul, Blake Griffin and DeAndre Jordan have won only one playoff series together. Forget that the Clippers' M.O. the past few seasons has been to follow dynamic regular seasons with a depressing playoff performance.

Put all that aside and focus on the following bits of information:

The Clippers have been molded by Doc Rivers into a tougher, smarter bunch than the ones that were dispatched with relative ease in the past. They push the pace relentlessly thanks to the emergence of Blake Griffin as a quasi-point forward and have shooters everywhere to complement the inside-out brilliance of Griffin and Paul.

Rivers feels strongly that the Clippers will be defined by their playoff performance, and he's right. None of the above will matter if the Clippers once again pull a vanishing act in the postseason. But he also believes that if they get past the first round, they will be very tough to beat. If he's right about that, we'll have to think about the Clippers in a whole new light.

This is a different kind of war

The Clippers remind me of a hydra, and the rest of the Western Conference is Hercules. They probably thought the Clippers would be severely weakened once Chris Paul went down with an injury in January. But if you cut a hydra's head off, two more heads grow back.

That's basically what happened this season in Los Angeles. The Clips lost one superstar for a good portion of the season, but that's when Blake Griffin grew another head, or something. While CP3 was sidelined, Griffin became an unstoppable force.

And now the Clippers head into the playoffs with two legitimate superstars. Have fun with that one, Western Conference. That's what you get for cutting a hydra's head off. 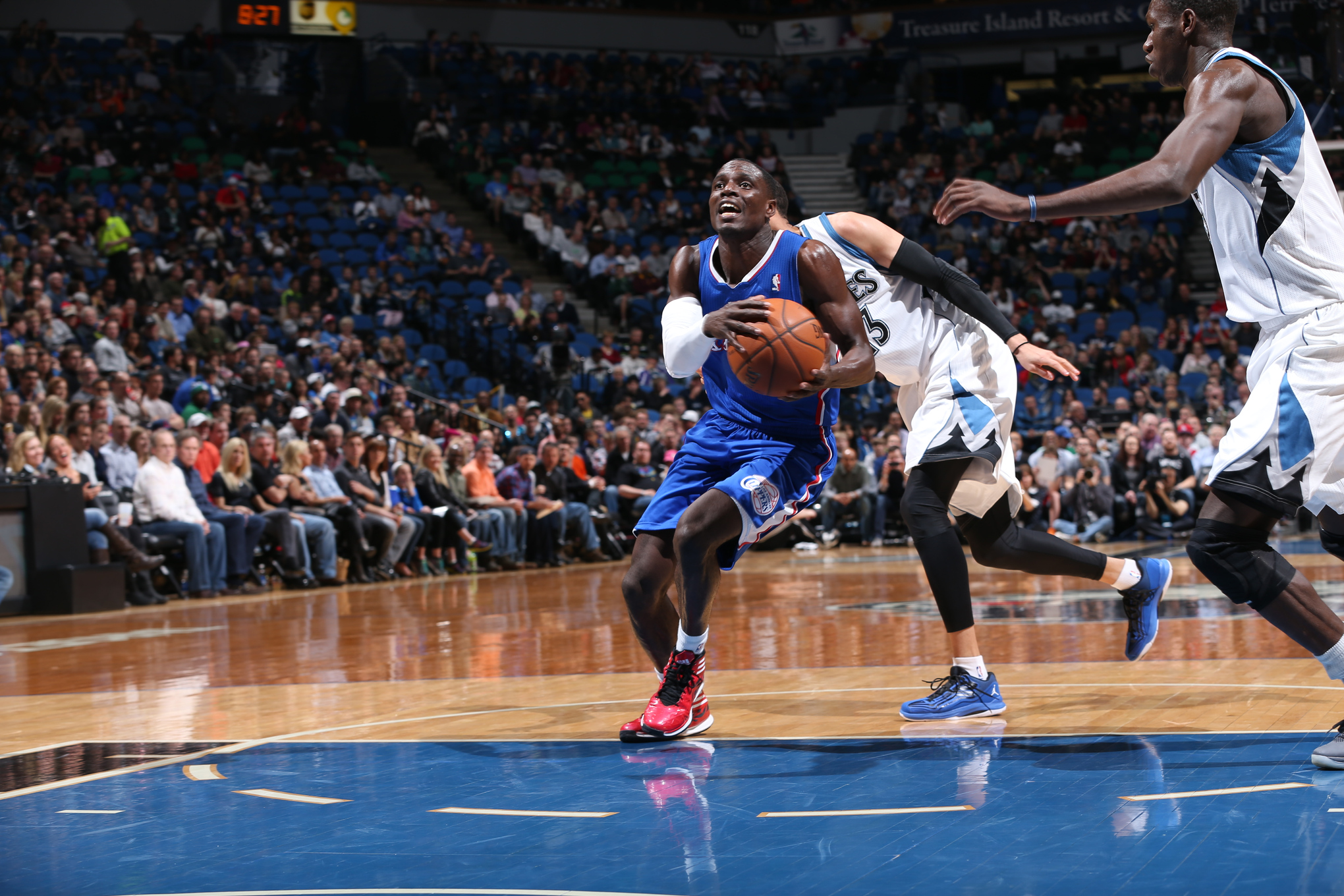 Darren Collison may not put up eye-popping numbers, but his relatively healthy season -- both in literal terms and with his production -- makes him a key piece for a Clippers team that's not very deep. Injuries involving J.J. Redick, Danny Granger and Jared Dudley, weakened the reserves even more over the course of the season. Yet Collison has added something, even when playing in the starting lineup alongside fellow point guard Chris Paul.

The two point guard lineup gives Los Angeles spacing -- Collison hasn't shot this well from three-point range since his rookie year in New Orleans -- and another threat off the bounce. It also allows Jamal Crawford to come off the bench if that's what Doc Rivers decides to do come the postseason.

With a dynamic duo like Chris Paul and Blake Griffin and some of the best wing depth in the NBA, it's not surprising that L.A. ended up with the league's best offense. The Clippers do damage with a very high free throw rate and shooting percentage, a low turnover rate and not-horrible offensive rebounding numbers. The Clippers also boast one of the league's higher assist rates, which helps that shooting clip.

The Clippers' defense is also strong. This is due primarily to shooting defense, though L.A. does create a fair amount of turnovers as well. What's interesting is that despite a well-size frontcourt, the Clippers are horrible on the defensive glass. DeAndre Jordan and Blake Griffin are both strong boarders; it's what happens when one or both hit the bench that hurts L.A. badly on the glass.

Our resident coach's scouting report on how to stop the Clippers.

The Clippers have so many ways to get Blake Griffin the ball, and this is just one of them. It features a guard cutting through the lane from one side to the other, stopping just as the defense thinks he's cutting through and springing Griffin free to the basket from the top of the key. Usually, the screen is set backwards.

Like all of Doc Rivers' sets, the secondary options flow easily and the alignment of the set is well-disguised. The Clippers don't always use this specific action with this alignment, and they don't always give Griffin the ball (though this video is mostly Griffin). Sometimes, the guard pops out for a pick and roll, open shot or other situation. It's why Rivers is one of the league's sharpest offensive tacticians.

ROOT FOR THE CLIPPERS BECAUSE...

If you don't already have a rooting interest this postseason, I'm here to tell you that we do NOT want you on the Clippers bandwagon. Sure, it's a superstar-driven league and the Clippers have not one, but two players in the MVP conversation. And yeah, the Clippers have the most efficient offense in the NBA and also lead the league in points per game, but you're not seduced by all that scoring. You'd much rather watch Indiana or Chicago slog it out in a 79-76 defensive battle. Who wants to see off the backboard dunks when you can see 24-second violations?

The Clippers have easily their best team ever and a coach who has an NBA championship and two Finals trips on his resume. This is a team that has never, in franchise history, won two series in the same postseason.

So sure, it would be fun to jump on this feel good story, to root for the Clippers to overcome their history and make a deep, deep playoff run. They've got the talent to do it, they've got the coach to do it. But what's so compelling about that?

Best Case: Blake Griffin gets his respect and Chris Paul gets his long playoff run as the Clippers advance to the NBA Finals by beating a murderer's row of Golden State, Oklahoma City and San Antonio. Everyone makes threes and DeAndre Jordan wins a game at the free throw line. Upon arriving in Miami for the Finals, Doc Rivers tells his players that he stashed several thousand gold doubloons all over South Beach.

Worst Case: Blake rolls an ankle and CP3's shoulder gives out, exposing their lack of depth. No one can make shots and Jordan doesn't see the court in the fourth quarter. Their toughness is questioned. Repeatedly.