Memphis Grizzlies are ready to be every top seed's nightmare

The Grizzlies were left for dead after a poor start, but somehow rallied to win 50 games and make the postseason again. Last year's Western Conference Finalists are now the conference's most dangerous lower seed.

Share All sharing options for: Memphis Grizzlies are ready to be every top seed's nightmare

Grizzlies at a glance

After surviving a bad injury to Marc Gasol early in the season, the Grizzlies made the playoffs by the skin of their teeth. Somehow it doesn't seem like Memphis minds being a low seed. A team that rampaged to the West finals last season and owns one of the league's only 1-8 upsets is lousy with playoff-tested, experienced combatants. Something about the team leaves no question that it is ready for the postseason.

The question is whether rookie head coach Dave Joerger is ready. He's been in the system for the past few Memphis runs, but this will be his first in the lead chair. For better or worse, he'll be a major focus of commentary if Memphis falls short after Joerger replaced Lionel Hollins. Perhaps the bigger focus should be on the Grizzlies' small forward position and, more generally, what Memphis can do to boost its status back into the West's upper echelon going forward.

Everyone knows what they'll get from Memphis in the playoffs: punishing offense from Zach Randolph, aggression from Mike Conley and Tony Allen, and more Marc Gasol than anyone cares to handle. The question is whether the Grizzlies have enough around that core to make a run.

The Mask of the Phantasm

We were all buzzing about the Grizzlies entering the 2013-2014 season, but with Marc Gasol injured by Thanksgiving, it looked like they'd finally have to pay their debts to the mafioso of the NBA: age and lack of three-point shooting. Losing games left and right, the Grizzlies drew bitter, remorseful and filled with anger. They needed to return to their own Gotham to set things right.

When Gasol returned on Jan. 14, the Grizzlies were just 18-19. They've run through the Western Conference, dominating to return to the postseason. They've slashed down their opponents, embarrassing them with defensive pressure and by attacking the glass. Gasol and the Grizzlies have come back for their revenge.

Now, the final act that has alluded them all year -- the Joker laughing in their face -- is a berth to the NBA Finals. Can the Grizzlies play the part of the Phantasm, enacting their revenge throughout the NBA playoffs? Or will they never be able to bring themselves peace, no matter how many teams they force to score less than 90 points. 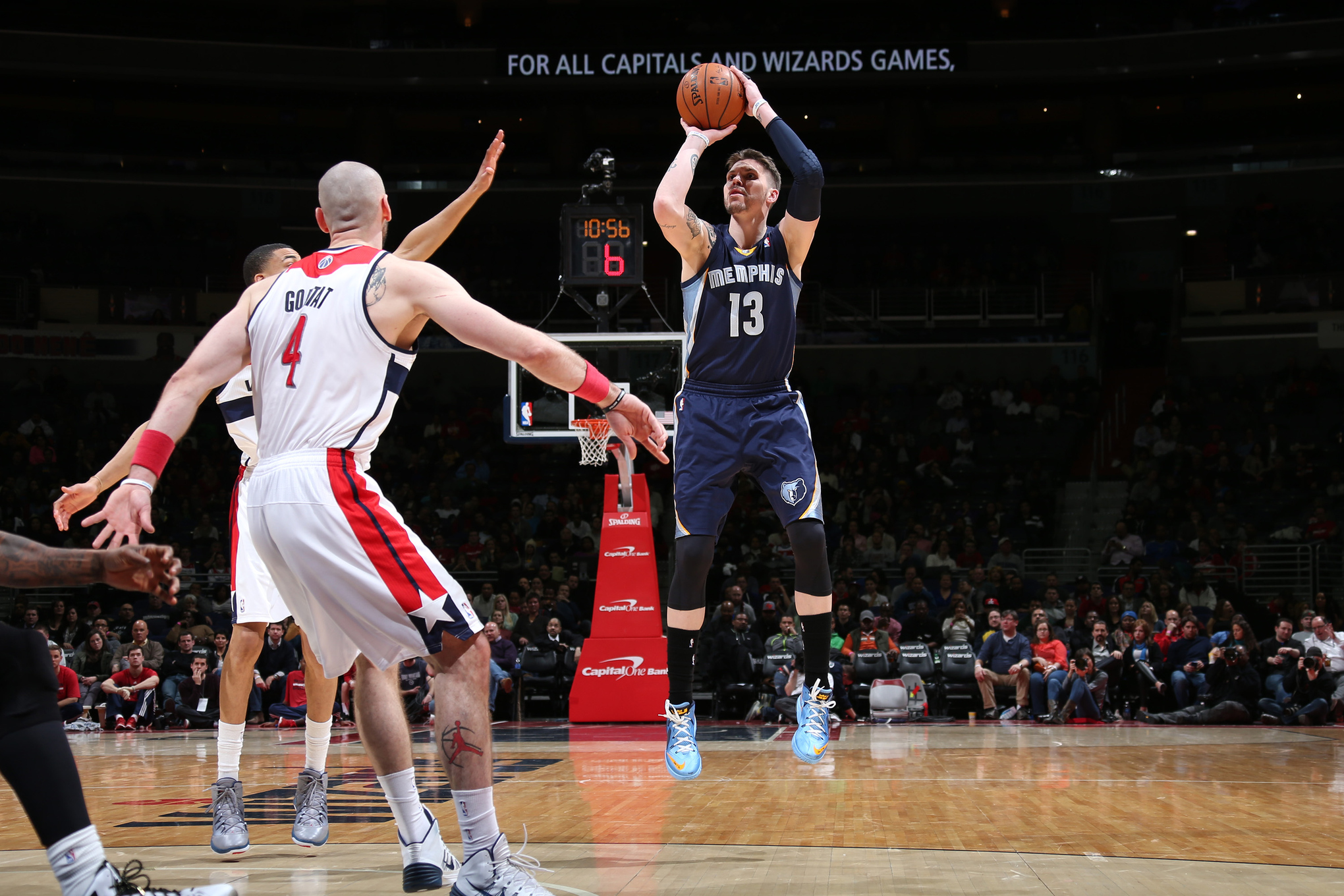 We've seen Mike Miller do it before. No one in Miami has forgotten him drilling seven of eight three-point attempts to clinch the 2012 NBA title. When LeBron James hit the three-pointer prior to Ray Allen's in Game 6 of last year's Finals, it was Miller who earned the assist. Miller has gone scoreless sometimes this season for the Memphis Grizzlies, just as he would with the Heat, but his sweet stroke hasn't gone anywhere. He still has the ability to change a game and a series.

In Memphis, Miller is even more important than he ever was in Miami. The Grizzlies are thin on three-point shooting, even with the addition of Courtney Lee during the season. The Spurs took care of Memphis last year by shrinking the court and doubling down on their post players, and the Miller signing was meant to make teams pay for that strategy. Miller is ready to help if any opponent dares to leave him open.

The Grizzlies offense isn't bad, it's just decidedly average. Memphis has a shooting percentage in the lower half of the league, but is one of the best squads on the offensive glass (lots of second-chance points) and has a low turnover rate. When you don't shoot at an elite clip, getting as many shots as possible is important. Memphis also rarely hits the free throw line.

On defense, Memphis is much better. The Grizzlies' performance is balanced across the four factors: the team has a solid shooting defense, turnover creation and foul rate, and is really strong on the defensive glass. There's no real team-wide defensive weakness.

Our resident coach's scouting report on how to stop the Grizzlies.

The Grizzlies have a million ways of getting Marc Gasol the ball in the high post and playing off him. No center, save for Joakim Noah, is a better passer. This play is often more of a read or counter than a rigid set, but it's still good enough for me.

The Grizzlies will set up in a formation like they want to have their wing player curl to the top of the key. Often, that's exactly what happens. But sometimes, Gasol will flash immediately to the ball and the wing player will dart backdoor. The backside is always open, and Gasol is brilliant at delivering the pass on target. If that play isn't open, the point guard often successfully cuts backdoor as well.

ROOT FOR THE GRIZZLIES BECAUSE...

They represent and embody the city for which they play, and in Memphis (Hoop City) that means succulent meats cooked low and slow just like the Grizzlies' offensive stylings. The Griz' Grit'n'Grind style of ball will remind some NBA fans of the tenacious, passionate hunger you see in NCAA basketball.

But make no mistake, the Memphis Grizzlies aren't a ragtag crew of unpolished misfits. This is a team that's honed their collective skills for several seasons together as a core and are now gelling at the right time to make some noise in the NBA Playoffs once again.

Best Case: The Grizzlies grit ‘n grind their way back into our hearts and return to the conference finals following a string of upsets. Zach Randolph agrees to opt out of his contract and signs a new deal to keep the core together.

Worst Case: A first round exit and a difficult decision when Z-Bo declines his early termination option.