The Browns skipped Manziel's pro day but did attend a private workout over the weekend. Elsewhere, Peterson expressed his confidence in Cassel and Marcus Lattimore says he's finally recovered from his gruesome knee injury.

"He has the ability to take over as the starting quarterback."

There's been a lot of speculation about exactly what role Matt Cassel will play on the Minnesota Vikings in 2014, but All-Pro running back Adrian Peterson believes the vet will find himself back in a starting capacity. 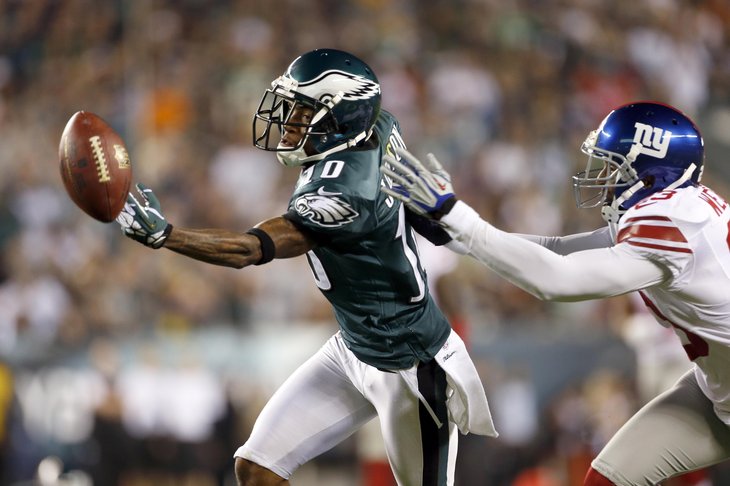 Cassel had a rocky go of it last season as he split time with Christian Ponder, but chose to re-sign with the team in free agency. The Vikings hold the No. 8 pick in the draft and could choose to grab a top quarterback prospect at that point. In that case, Cassel would likely be serving as a short-term bridge or a backup.

But Peterson told SI.com that Cassel should have a shot to be the starter.

"Last year we kind of threw him in and didn't allow him to get into a rhythm … When training camp comes around he'll have the opportunity to prove himself."

Of course, it wasn't too long ago that Peterson was lobbying for the Vikings to sign Michael Vick, so the sincerity of his support is debatable.

"Browns officials in College Station, Texas today to work out quarterback Johnny Manziel, who also will visit Cleveland this week."

So maybe the Cleveland Browns are interested in Johnny Manziel after all. They skipped his pro day two weeks ago but sat in on a private workout in College Station on Saturday, according to Adam Schefter.

Rumors that the Browns weren't interested in taking Manziel with the No. 4 pick surfaced after the team sent no representatives to his public workout. General manager Ray Farmer downplayed any disinterest by saying that pro days offer little in the way of legitimate evaluations, but that came after he attended the pro days of Blake Bortles and Teddy Bridgewater.

The Browns have now met with all of the top quarterbacks in the draft, including Bortles, Bridgewater and Derek Carr.

"If I prove it in practice, I don't think there's no excuse why I can't play. I'm ready."

Click through for your one-stop shop for NFL free agency info, analysis and coverage.

Marcus Lattimore is heading off to San Francisco 49ers training camp on Sunday, and he told GoGamecocks.com that he's finally recovered from the gruesome knee injury that ended his career at South Carolina and kept him sidelined during his first year as a pro. A fourth-round pick last year despite the injury, the running back says he's completely healthy and has turned his attention from rehab to competing for a spot in the Niners' backfield rotation.

With Anthony Dixon departed for Buffalo and rumors surfacing that the team is trying to trade LaMichael James, Lattimore hopes to rise up the depth chart behind starter Frank Gore and top backup Kendall Hunter.

"If that happens, it does put me in that No. 3 spot," Lattimore said. "But I've just got to go in there and work hard. I can pass-protect and run the ball. I've got to show that."

If he can grab that spot, it would be an impressive turnaround for a guy who was just worried about being able to walk two years ago.

"After my injury, I just wanted to walk again," Lattimore said. "It was tough, very tough."