The field for the 140th running of the Kentucky Derby is now set.

The draw can have a major impact on the outcome of the race. Get stuck too far outside and your chances go down. No horse has ever won the Kentucky Derby running from the 17th gate like Commanding Curve will this year. Getting stuck along the rail can also be an issue, with no Derby winner coming from the first two inside spots in the last 25 years. There are always exceptions -- like I'll Have Another winning from the No. 19 gate in 2012 -- but a poor draw is a lot to overcome.

California Chrome will enter the derby having won four straight stakes. Even with the wins, there have been issues with California Chrome's break, possibly making post position an even bigger factor. Staying away from the rail could be a key, as another poor break won't necessarily pin California Chrome behind the field with too much ground to make up right off the bat. California Chrome has had success running from the No. 5 post, including winning the Santa Anita Derby. If California Chrome is able to come away with the win, it would make history in the process. At 77 years old, trainer Art Sherman would become the oldest trainer to win the Kentucky Derby.

More on the Kentucky Derby 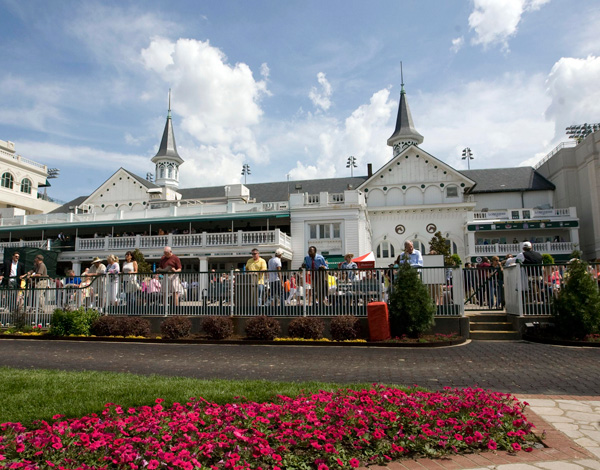 Wicked Strong was unfortunate to draw the No. 20 post and will have ground to make up starting from the far outside. Ride on Curlin with jockey Calvin Borel also landed an outside spot and will break next to Wicked Strong at the No. 19 post. Hoppertunity, trained by Bob Baffert, was more fortunate, drawing the 11th post. Hoppertunity jockey Mike Smith said he was happy with the No. 11 post, although the horse will have to be in the gate for a while.

Any concerns of getting the rail went away early with Vicar's In Trouble drawing the No. 1 position on the very first draw. The trainers and jockeys did have to sweat some with the No. 2 post staying on the board late into the draw before Harry's Holiday was saddled with the spot.

Pablo Del Monte is an alternate entry and would be added to the field if any of the current 20 horses scratch before 9 a.m. ET on Friday.

Below are the post positions and morning line odds for the 2014 Kentucky Derby: