The NFL welcomes a new era

The NFL is more popular and more profitable than ever. So why was there a sense of unease at the league's annual meetings last week?

Share All sharing options for: The NFL welcomes a new era

I got lost driving in from the airport to the resort complex where the NFL hosted its annual meetings last week. Orlando's highway system is an algebra equation of rapid growth times plentiful land divided by a state with no income taxes. Most are toll roads. They only accept cash. I miss my turn because I'm trying to think of how to explain this to the people who approve my expenses. And the road signs are poorly marked, if they even exist in the first place.

That's the point, immersion. You're here to be consumed by a single purpose, whether it's at the master-planned amusement park that started all this sprawl in the first place or at one of the corporate conventions hiding between the lakes and golf courses. You come to this place to pull away from the outside world, even while defining yourself against it.

The NFL meetings start with a parade. Cameras line up next to the barriers and reporters from national and regional outlets post up awkwardly where the hallway from the main lobby turns into the convention center's massive ballrooms. Soon enough a collection of suits, their families and an assortment of guests start to stroll by.

A few league executives make up the first wave. Then the owners start filling out the mix. Some are accompanied by their wives. Jerry Jones walks in with Dan Rooney. Another wave strolls past. A few acknowledge a waiting reporter, some of them wave to the cameras.

"Is that Jay Novacek?" someone behind one of the cameras asks.

He's here to see the keynote speaker too, and say a few words along with some other long-since retired players. They're the only players represented here.

The parade ends. Smiling and waving, the public face of the league has been beamed out to millions of fans, hungry for free agent signings and draft rumors. A few dozen people responsible for the country's most popular, most profitable sports entertainment business file into Salon IV, close the door and settle in for the keynote speaker.

He's here to speak about respect, the unofficial official theme of the meetings. All retreats need a theme. But there's also a sense of urgency here, a nervous energy running through the whole thing. The NFL is changing. And you feel it in the nervous smiles of those entrusted with league's past and stewarding its future.

One thing you notice here is the stratification. It's never in doubt who the owners are. There's an inescapable formality that comes with being a billionaire. General managers wear off-the-rack suits, the ones that are wearing suits. They're more casual, but perpetually harried, executing the never-ending tasks of running a business.

Coaches sit on the third tier, most of them. They dress like your father did the last time you took a family trip to Orlando. Their families drift through some version of the Play60 room, walking out with swag bags from various league sponsors.

The media grabs nearly everyone at one point or another here. For the coaches, it's required. They have to spend an hour of their morning answering questions. I hear John Fox deliver the expected line about losing the Super Bowl being motivation for this season at least three times.

Some answers are more practiced than others; some are more sincere. This is as much of a spring break as these guys will get, but at one point or another, the look on their faces says that they have work to do that can't be done cut off from the rest of the world inside the Ritz-Carlton.

Chicago's head coach extends a hand and introduces himself to me and one other guy he doesn't recognize at the table. It's exactly 7:15 a.m. on Wednesday morning. Trestman is here for the NFC coaches breakfast, a breakout session for the media and I'm sure a real joy for the coaches, especially if they were looking to fill up at the buffet.

The first question he gets is about the Bears potentially using multiple defensive fronts. He answers by pointing to his process for managing the kind of changes that teams deal with annually. 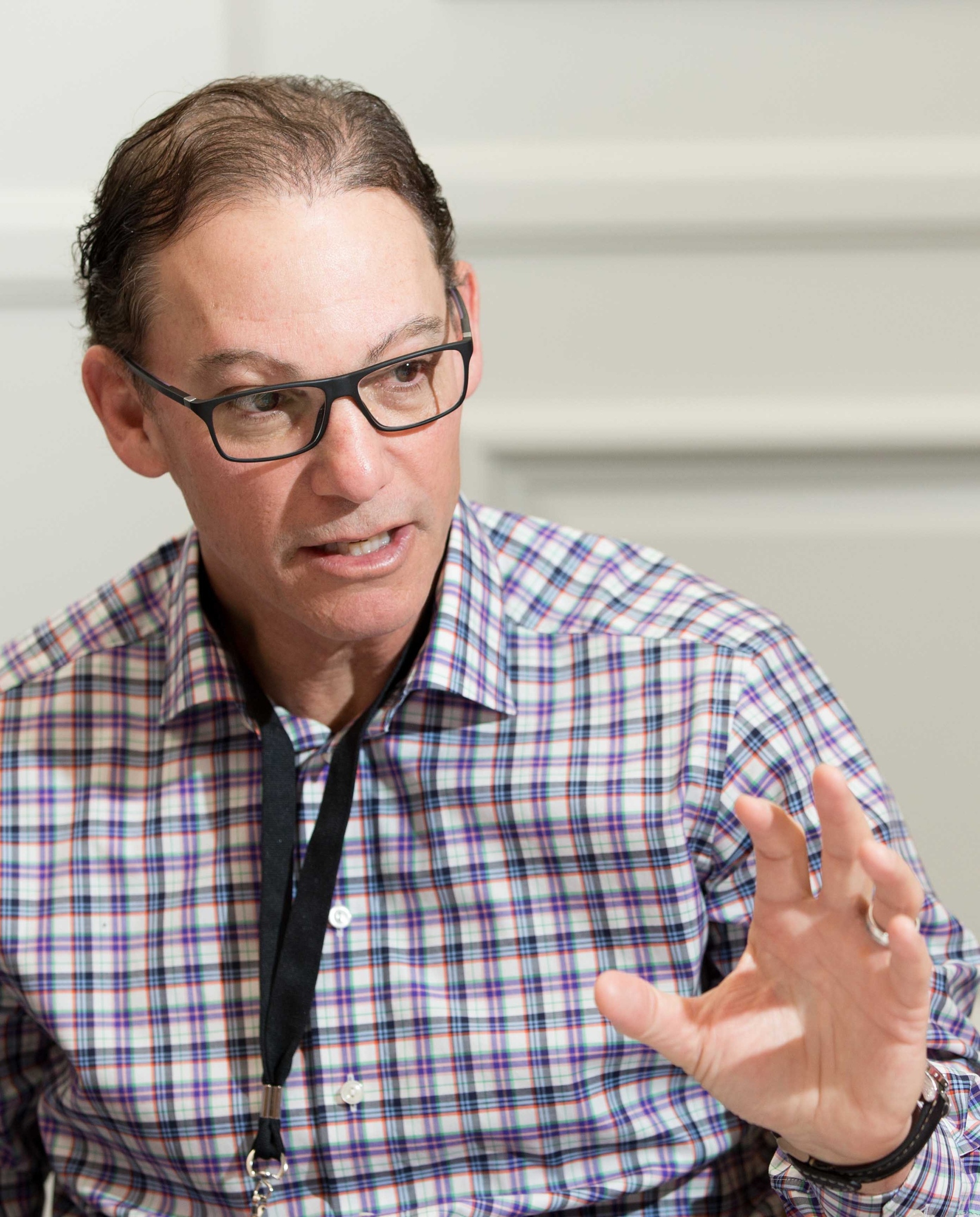 "Everything has to be detailed out, descriptions, playbook issues, what are the techniques we're going to use, clarity of language," Trestman responds. "We do the same thing offensively. As you look through the league, you want to be flexible."

Trestman is part of the vanguard of coaches changing the face the league. His last name isn't a calling card, unlike so many brothers and sons of established coaches sitting in these conference rooms. Like Eagles coach Chip Kelly, whose table is circled by an impenetrable ring of cameras and boom mics, he's known for a systemic approach to running a team.

They're program builders, more Eisenhower than Patton, sewing together a master plan of disparate elements of a team that's constantly in flux.

Players are changing too. Yes, they're bigger and stronger and faster, but they're also subject to much larger cultural, economic currents that push the NFL along with the rest of the world.

"When I went back to college and went back on the road recruiting, it gave me a chance to go back into the homes, back into the neighborhoods where a lot of these players grew up," Bills head coach Doug Marrone says. "I do see a change from my first time around.

"I see a lot more pressure on these kids to change their way of life, not just for themselves and not just for the family, for a lot people around them. I see more people trying to touch them. Am I able to help them with a lot of things because of that understanding? I hope I can.

"But make no mistake about it, it is different. Is it bad or good? I don't know." 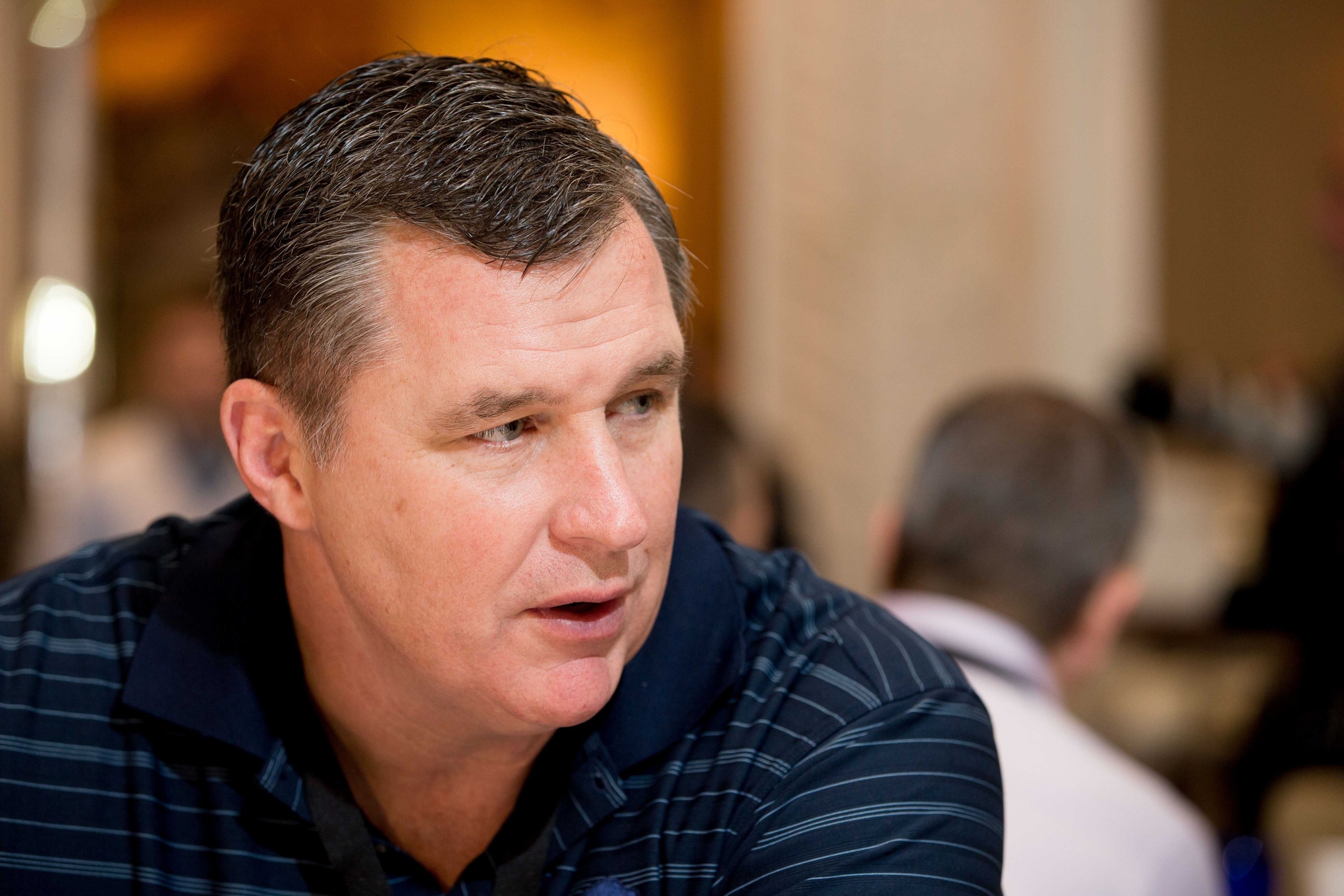 Most everyone else from the league is still in meetings at 3:00 p.m. on Tuesday. A few reporters are standing around the foyer. A veteran guy from a daily city newspaper complains to another about advanced statistics and football experts in their basement. Bills CEO Russ Brandon appears on the other side of the room. There's something wrong.

Whatever the theme was for the league's annual retreat, it's overridden by Ralph Wilson's death. Wilson's passing is a turning point for this retreat and for professional football. Every media scrum inside the hotel from that point on is about the Navy veteran who started a competing football league more than 50 years ago and then helped shaped the contemporary version of the National Football League.

Bills CEO Russ Brandon appears on the other side of the room. There's something wrong.

"We would always wait during league meetings for Ralph to stand up and take the opposite view on a specific point we might be discussing," Chiefs owner Clark Hunt said. "He would very articulately and with tremendous passion."

Hunt's father was one of Wilson's contemporaries in forming the AFL.

"We sadly lost Bud Adams just six months ago," Hunt says. "With his passing, it's the first time [there hasn't been] a member of the original 'Foolish Club,' the eight owners who took on the National Football League in 1960, in the NFL.

"It was a very different era than it was today. I think all of them who were involved in the game were involved because of a love of sport of football."

Barely a week after the meetings ended, the NFL slipped into one of its rare slow periods. DeSean Jackson's new jersey number filled the vacuum in the news cycle, eclipsing baseball's opening week and the playoff chase in the NBA.

The success of professional football is inescapable, ubiquitous. A back-and-forth about jersey numbers would never make its way into the news cycle, much less the top of it, thirty years ago. It helps explain the tension that was so palpable in the hotel ballrooms last week.

No sport is as interwoven with television as the NFL. Changes to the medium have only strengthened its position and place in the entertainment business, feeding live sports to a national audience. But the league has also pinned its identity to nostalgia and an appeal to our connection with a shared past.

As you may have heard, technology evolves quickly. How do you sell the identity of fandom and a connection with history, the league's core foundation of nostalgia, to an audience with an appetite for the immediate? So far, the NFL has found a way to be on the right side of those waves, or at least not to get swallowed by the swells, but it doesn't always feel like it controls its own destiny.