What we learned from WrestleMania 30

It might have been the greatest night of wrestling in history. Now the dust has settled, what did we find out on Sunday night?

Share All sharing options for: What we learned from WrestleMania 30

Results, Gifs and more from WrestleMania 30

The reigning tag champs, the Usos, continued their strong run by winning a lights-out pre-show elimination match against the other three most prominent tag teams in the company right now. They eliminated the Real Americans last after a double-team splash that led to the pinfall. After the match, the Real Americans finally split for good, with Cesaro giving Jack Swagger a drubbing and winning the hearts of everyone at the Superdome. And his night wasn't even over yet!

What we learned: A few things! The Usos continue to be great, the crowd continues to be behind them and they continue to be presented as strong champions. We also learned that at least the live crowd is absolutely rabid for Cesaro, his feats of strength and his big moves. (Remember that for later.) Finally — and this is something I found really interesting — it seemed like Ryback and Curtis Axel got a lot of character-building moments during their short time in the match. Perhaps this will lead to a renewed focus for two wrestlers who have been adrift for some time now.

Daniel Bryan def. Triple H to earn a spot in the main event

Daniel Bryan's rise to the top

Bryan isn't officially in the main event of Wrestlemania 30 just yet, but the story WWE has been telling for years shows he's headed that way.

Daniel Bryan's rise to the top

Shades of Bret Hart at WrestleMania X, Daniel Bryan opened the main card on Sunday with a perfectly executed, phenomenal match against Triple H, the Authority figure that had been holding him down since last summer. Although Triple H had one of the most grandiose entrances ever, Daniel Bryan actually kicked out of a Pedigree en route to getting the win with his unstoppable running knee — the same move he used to defeat John Cena for his first WWE Championship reign ... the one that lasted all of five minutes.

After the match, Stephanie McMahon and Triple H took out their frustrations on Bryan, viciously attacking him with a chair and doing damage to his already-injured shoulder, hoping to further game the main event.

What we learned: That Daniel Bryan is nearly incapable of having a match that is anything less than "great." And also that this feud has been booked almost flawlessly from beginning to — well, it's probably not the end, so we can't say just yet. But great thus far. Like Cesaro, Bryan's night wasn't over yet. We'll learn more later.

The shortest match of the night, clocking in at just under three minutes. In truth, this wasn't much more than a squash, with the three members of the Shield manhandling their opponents en route to a couldn't-be-stronger victory. 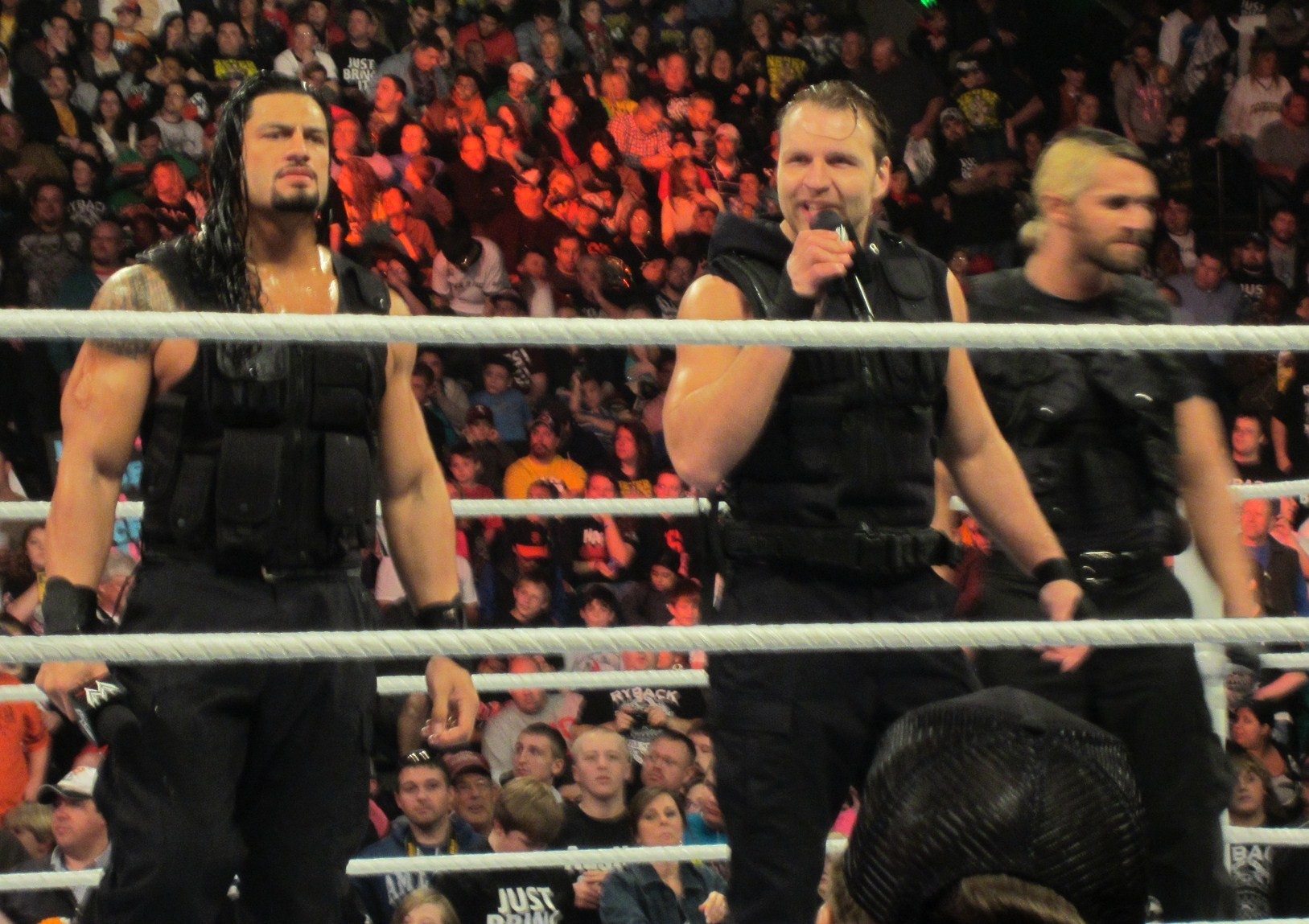 What we learned: That the Shield is fervently loved and that they should be made to look as good as possible for as long as possible. That Roman Reigns is on the fast track to becoming the next Rock. And that Billy Gunn is — 50 years old?!?! Holy crap.

This started out like all battles royale start out: sloppy and confusing. But it sure picked up steam once the bodies thinned out. Probably the most entertaining non-Royal Rumble battle royale I've ever seen. It ended up with Cesaro eliminating the "favorite" to win, Big Show, by heaving him up over his head and dumping him over the top rope to the floor. 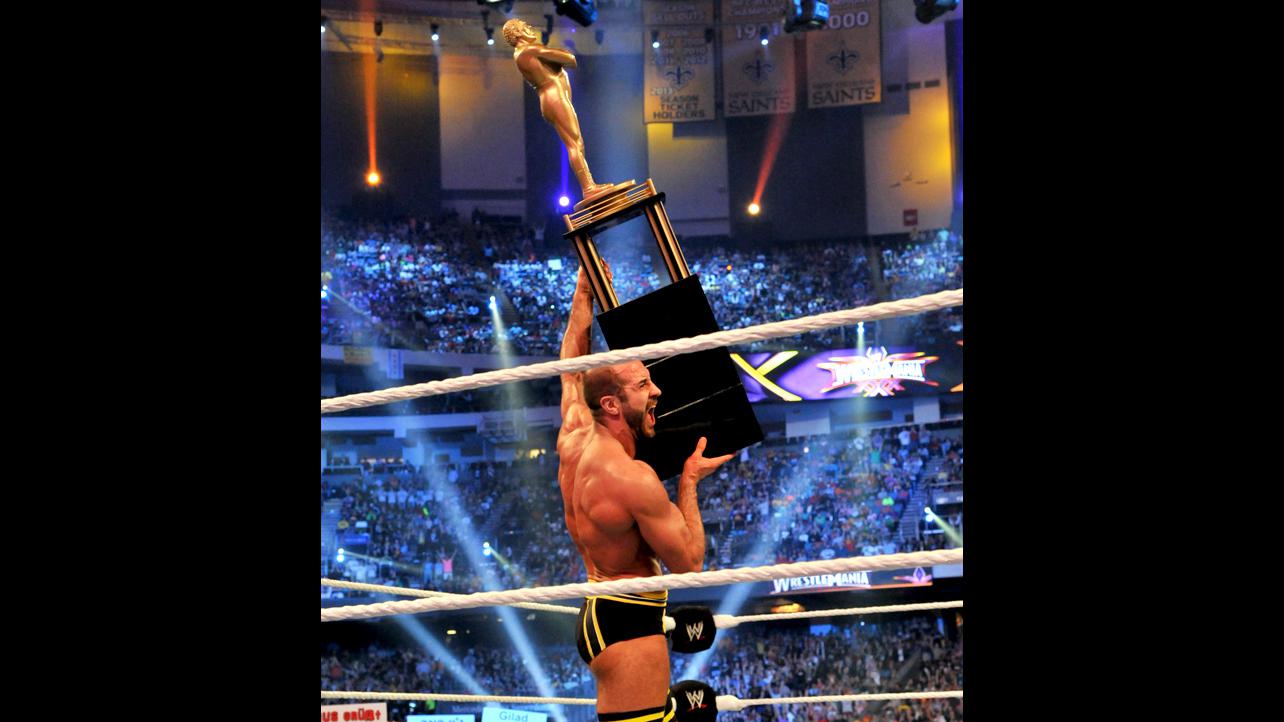 What we learned: A star was born (or confirmed) tonight. After Cesaro's good-guy coming-out party in the pre-show match, he was able to get the crowd solidly behind him. His final feat of strength had everyone from the ringside seats all the way up to the press box getting on their feet and screaming with disbelief and delight. We also learned that the long-anticipated Cody Rhodes vs. Goldust feud may finally be here, as Cody hit a Beautiful Disaster kick to eliminate his brother. We learned that in all battles royale, Kofi Kingston is the master of avoiding elimination. And we learned that if Cesaro is having trouble picking up the Andre the Giant trophy, that sucker is HEAVY.

After a long, brutal, fantastic match that would be the best of the night on any other show, Cena finally defeated Wyatt, but nearly succumbed to his dark impulses in order to do so ... which was exactly what Bray wanted.

Cena looked horrified by what he was almost driven to do. It wasn't the reaction of someone who conquered his demons and emerged victorious.

What we learned: Another star was born. Wyatt is the real deal now, despite the loss. If you doubt that, consider this: the Wyatts got a huge, nearly 10-minute entrance, with fire dancers, voodoo priestesses and live music. John Cena, the man who made a name for himself, in part, because of his elaborate WrestleMania entrances, simply walked down the ramp with his normal theatrics, simply a longer walk than the usual episode of "Monday Night Raw." We also learned that sometimes, the outcome of the match doesn't mean as much as what it took to get there. After the win, Cena looked horrified by what he was almost driven to do. It wasn't the reaction of someone who conquered his demons and emerged victorious. It looked like Bray was firmly inside his head, exposing things Cena wants to deny. This feud isn't over.

This is the big one. The one that no one — absolutely no one — saw coming. After wrestling in 22 out of 30 WrestleManias, including 14 straight, the streak that I never imagined coming to an end ... did just that. After three F-5s in 25 minutes, The Undertaker's record at WrestleMania stood at 21-1. Absolute shock, is the only way to describe it. I have never heard a reaction from a crowd like that, ever before. 100% disbelief. No one could process it. It's possible we still can't.

The Undertaker finally loses at WrestleMania

What we learned: As Steven Godfrey pointed out so eloquently, the Streak being over can be more liberating than anything else. You can tell any story or stories you want from here. And Brock Lesnar will be loathed and reviled and respected and remembered more than anyone would have thought was possible just last week. We also learned that you can always be surprised. Always.

Yep. She sure did.

What we learned: That the current Divas division is currently the most talented group of women the company has ever employed at one time. That AJ's record reign will continue. And that it sure looked like AJ Lee was tapping Naomi's hand for her in the Black Widow, didn't it? It would be strange if we didn't hear anything else about that after Sunday.

The WrestleMania crowd got their happy ending. They desperately needed that happy ending, after what happened to the Undertaker. Daniel Bryan, after tearing the house down with Triple H in the opener, was part of an EVEN BETTER match to cap off the night. He overcame a shoulder injury, two opponents and the machinations of the Authority to take home the title, make the crowd scream "YES!" for 10 minutes and celebrate amid a torrent of confetti. It was the perfect ending to what was, without doubt, a perfect WrestleMania. 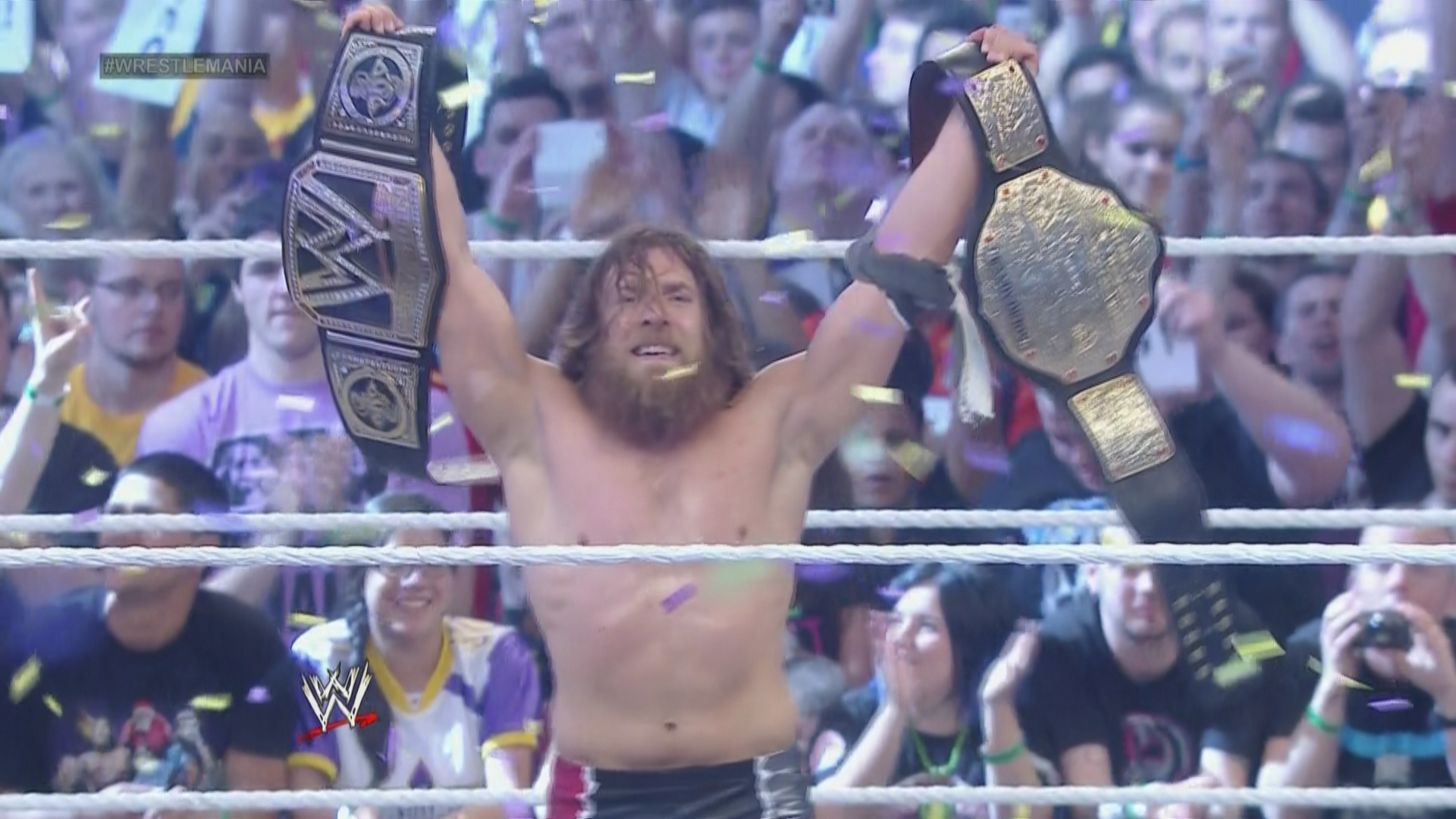 What we learned: That Randy Orton still has a bone to pick with Daniel Bryan, since he was never pinned or submitted, yet lost his title anyway (Batista tapped out to end the single-fall match.) That the Authority will still be livid about their new, non-approved company champion. That Randy Orton is one tough mother: he sliced his back open after performing an RKO and landing on a monitor that wasn't supposed to be there. And that given the top-to-bottom quality of this show, as well as the emotion and drama and sheer amazement of the event, this was probably the best WrestleMania in history. Other installments might have had a better individual match (Savage vs. Steamboat comes to mind) or a better individual moment, but as a complete package, none of the other 29 WrestleManias can touch this one. If you haven't seen it yet, check out a replay. If you watched it live, watch it again.

Kudos to WWE for topping everything they've ever done and for crafting four hours of perfect pro wrestling goodness. They simply couldn't have gotten it any better. One thing is for sure: "Monday Night Raw" is going to be must-watch television.

WrestleMania 30: The Undertaker loses to Brock Lesnar, but Daniel Bryan is champion