Social Inclusion and Bayern will mix up an otherwise drab Preakness field.

California Chrome was a heavy favorite to win the Kentucky Derby, which he did, so perhaps heavy is not the right descriptor for how the California-bred colt is favored in Saturday's Preakness Stakes at Pimlico. California Chrome is a 3-5 favorite, according to OddsShark.com, likely a result of his dominant Kentucky Derby performance and a relatively weak 10-horse field.

More on the Preakness Stakes 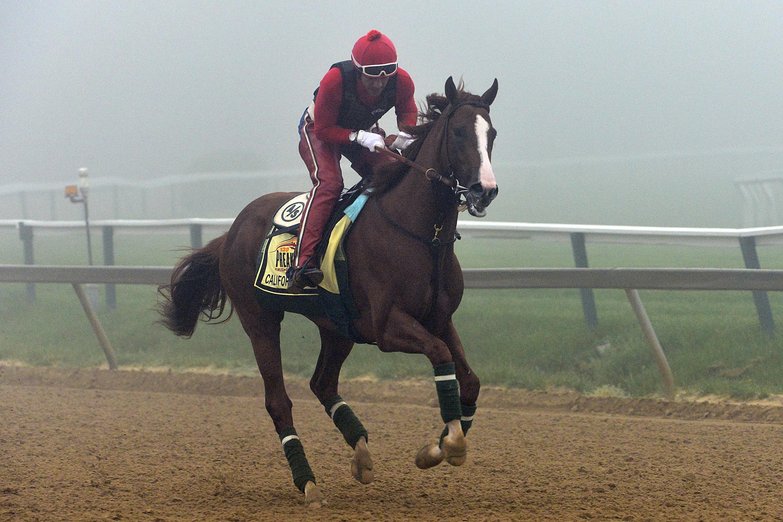 California Chrome will have to face only two horses who lined up against him in the Run for the Roses, and neither are considered great challengers to keep Art Sherman's horse from winning the second jewel of the Triple Crown. Ride On Curlin is the co-third choice down at 10-1 after finishing seventh in the Derby with a late surge, and General a Rod is a 15-1 choice after an 11th-place finish at Churchill Downs.

The second choice for Saturday's race is Social Inclusion at 5-1 odds. One concern about California Chrome's strong-handed Derby win was the slow pace that he helped set — his final time of 2:03.66 was the slowest Derby win on a fast track since Cannonade won in 2:04.00 in 1974 — and Social Inclusion will challenge early to set a fast pace.

Social Inclusion finished third in his last race, the Wood Memorial at Aqueduct on April 5, and a slight bruise kept him out of a more recent Preakness prep race, but that seems to be healed.

Trainer Bob Baffert has the other third choice at 10-1, Bayern. Bayern is another horse who is known for speed and may set the pace early. He finished first in his last race, the Derby Trial Stakes, but ultimately placed second because of an interference penalty. His jockey will be Rosie Napravnik, who became the first female jockey to win the Kentucky Oaks in 2012 and won her second May 2 atop Untapable.

The only filly in the field is Ria Antonia, the longest shot at 30-1. Ria Antonia placed sixth in the Kentucky Oaks.

The Preakness Stakes posts Saturday at 6:18 p.m. ET on NBC.