California Chrome won the 139th running of the Preakness Stakes, out-racing the other nine horses in the field to claim the middle jewel of the Triple Crown. If you didn't see the action from Pimlico Race Course live, or just want to see California Chrome conquer the field again, you can watch the full video of the race. 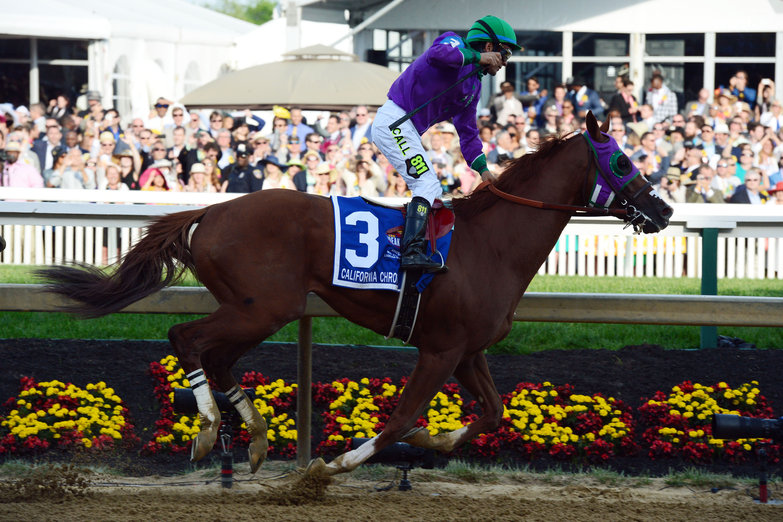 Coming off an impressive win in the Kentucky Derby, California Chrome entered the race as an overwhelming favorite. He opened with 3-5 morning line odds. The odds shifted slightly in the time leading up to the race, but California Chrome remained the heavy favorite throughout. There was so much confidence in the 3-year-old that he was listed as a 2-1 favorite to not only win the Preakness, but go on to win the Belmont and claim the Triple Crown.

Heavy rain hit the Baltimore area early in the week, making for a sloppy track during some of the undercard races in the days leading up to the Preakness. The rain stopped Friday afternoon, however, allowing the course to dry and leaving the track for the Preakness in good condition.