The strange thing about realizing the Spurs are great

The San Antonio Spurs have always been for grown-ups. Are we ready to enjoy that? Here's an argument that we should be.

Share All sharing options for: The strange thing about realizing the Spurs are great

You start out screaming just to scream. Anyway, I did. That is a good enough place to start, in terms of caring about sports, and there's not necessarily any requirement ever to move beyond it. It's your basketball game to watch and so you might as well watch it in the way that does the most for you.

When I was a kid at New Jersey Nets games, what I sought in caring about that team was catharsis, a way to turn all the hard-boil inner churn of my adolescence outward. I found it, too. I found it in projecting my seething, growing self and my dumb desperate hopes onto a hugely flawed basketball team, and found it in a more immediate sense by making noise at their games. There are many more expensive forms of therapy, but I've found they don't work all that much better.

I cheered for teams that were first truly bad, then tenuously sparky and quite nearly good, and then somehow even worse than they'd been before. I cheered for them all in more or less the same way. That was the age I was and how I needed to cheer. The only thing that would work, for the needs that I had and the almost-person that I was at that time, was a belief beyond belief. I only understood the team as a projection of my own adolescent defiance. I screamed for them for the same reason I shoplifted baseball cards, or didn't do my homework. The Nets can still work this way for those with a similar need, just like any team can. This is what being a fan is for.

But while it served its purpose, I missed a great many things by making this team so thoroughly my own and myself so thoroughly its. I told myself lies about Derrick Coleman's potential, and I made Kenny Anderson into something he couldn't possibly have been. I saw Michael Jordan play at his very best and did nothing but curse the slack, goofy, inevitably-overmatched Chris Morris for not being able to stop him. I screamed myself blind. I was a fan, forgive me. I was not nearly grown. 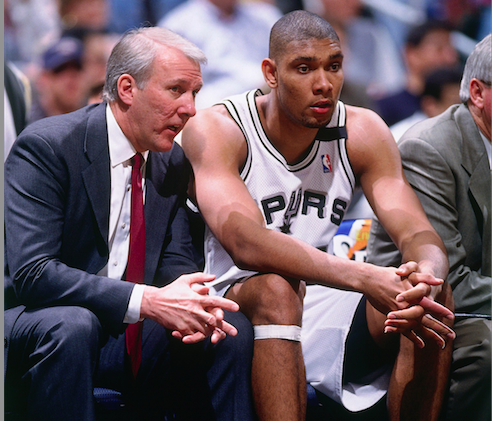 The San Antonio Spurs have not really changed. Their best players have gotten older without ever getting old, and the supporting cast that has filled in the spaces not covered by Tim Duncan and Manu Ginobili and Tony Parker over the years is now so sprawling as to be indistinct. Will Perdue and Tony Massenburg and Mengke Bateer and Kevin Willis and Danny Ferry are in there, all of them as helpful players on championship teams that existed on earth within the last 15 years. Tim Duncan was teammates on a championship team with Jerome Kersey, who will turn 52 at the end of June.

Some of these players did more than others, but the defining characteristic of the various and oddly-similar championship teams on which they played was that none were asked to do things they could not do. This was true of the team's stars, too, who could of course do so much more.

Perhaps just as impressively, players have seemed effortlessly to shrink to fit or grow to fill these roles during the Spurs long renaissance. Of course Steve Kerr and Robert Horry made big shots at big times during their Spurs careers. Of course stars on the downside like Michael Finley and hustle-hard strivers like Bruce Bowen and Malik Rose were able to get in where they fit in. But Stephen Jackson, who was one of the NBA's most unrepentant and conscience-free gunners in every other context, also did that. Marco Belinelli is doing it now.

imagine various people working within a big clock, somehow swapping out gears and cogs without the clock stopping or slowing down even a little.

Imagine a big clock, the big and little and sweeping second hands moving with absolute accuracy for years and years. Then, imagine various people working within it, somehow swapping out gears and cogs without the clock stopping or slowing down even a little. This impossible thing didn't always work, of course -- some gears didn't fit, and some years you play the Heat -- but mostly it has worked extraordinarily well. It is still working.

Because this has been going on in more or less the same way for so long, the Spurs offer us a perspective that great teams, even Phil Jackson's pair of recent dynasties, typically don't. And because so much of what makes the Spurs work depends on careful, constant maintenance -- of the team's aging superhumans, of the multiple tricky types of balance that define the broader Spurs Thing -- there's a different valence overall to the Spurs than there is to other winning teams.

To a great extent, the Spurs have aged into this. Eight or 10 years ago, there was a sort of consensus that the Spurs' dominance was in some way annoying and dull. They were great, as great as they are now, but it seemed mechanized and corporate, an assembly line on which Larry O'Brien Trophies got made, manned by various poker-faced apparats of varying heights, presided over by a stern-faced man with a stopwatch.

For those inclined to see a NBA Finals not as a match-up between two teams, but as a struggle between authentic, exuberant basketball and something rather more like work, this made the Spurs villains. It was hilariously unfair to them, too, because they were just a basketball team trying to win games, but in a pinch the Spurs could very readily represent the stainless systematic opposite of the transcendent and improvisatory thing that basketball can be at its most fun. They represented a German luxury sedan driving at exactly the speed limit rolling over your favorite album, over and over.

I should mention that the team the Spurs beat in the 2003 NBA Finals were the New Jersey Nets. The old goofs of my youth had somehow reached their apotheosis and the NBA Finals, where they were not-quite-summarily defeated by a team that played better basketball. I screamed for that Nets team, too, although I was older then and less in need. The Spurs were just the opposing force: a metronomic thing that denied. This was, I realize, a long time ago. 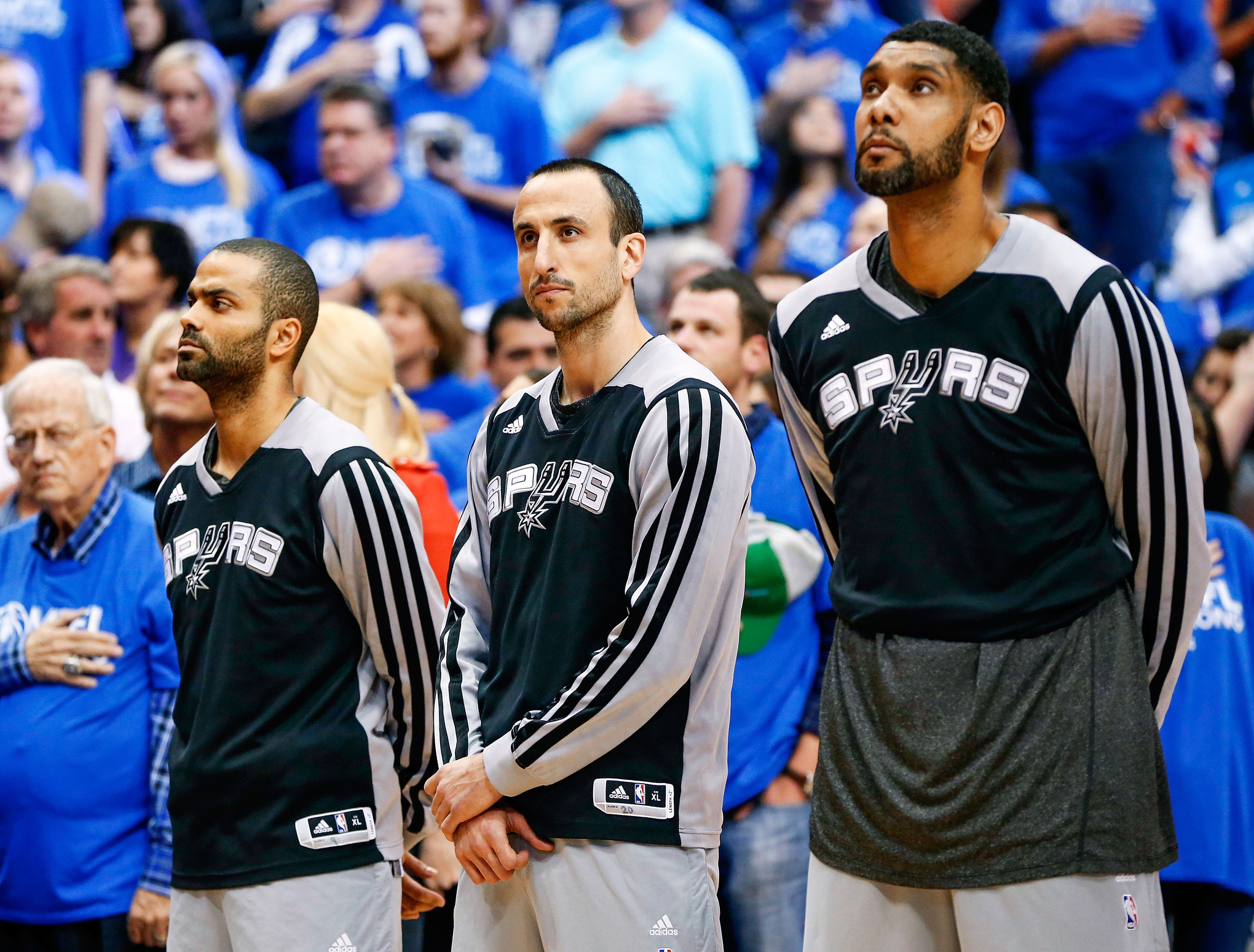 There are people to whom the Spurs are always going to be the apex of swaggerless pleated-khaki dad-scented ennui, the boring team that always beats the fun team. The counter-argument to that -- that the Spurs play beautifully, patiently, with such crazily astute unselfishness -- rhymes with the Steely Dan fan's inevitably doomed counter-argument to "no, Steely Dan sucks like crazy." You are suddenly pointing out the unusual time signatures and transitions, the little bits of buried wit or reference. You're a pedant, although of course you're also a fan of The Dan in this formulation, so of course you are.

Also you are doomed. You are arguing, uphill, that this boring thing is actually not boring at all, that it is actually cool and fun. No one has ever successfully explained to someone why a thing is cool or fun. We are not convinced that we like something; we do or we don't. But we can, in the fullness of time, come to like things that once did not seem cool or fun to us. Cool surfaces erode, and various buried valuables are revealed. Grace notes are suddenly audible, and suddenly awesome. We change, for better and worse.

This is the happier part of getting old, maybe -- as various wild appetites diminish and needs change, it becomes easier to savor, instead of guzzle and gulp. It's not a matter of wanting things less so much as it is wanting different things. None of this will make the Spurs less loathsome if they are methodically chewing through a team you care about, naturally. Seeing what makes the Spurs admirable is different than liking them, let alone loving them. I will never scream for the Spurs, both because I don't need to and because that seems somehow the wrong response to what they do.

The Spurs have not changed, and that is the essence of what makes and keeps them great. They have found a way to do things that work well and maintained the humility to work that way for a shared end. For all the reasons we might watch a game, this more modest transcendence -- individuals into a whole, faith in a process made legible and even beautiful -- is not nearly the most vivid. We aspire to uncommon grace and force and poise, we aspire to flight.

But we all get older, too, and quieter. There's still so much to see.