All your old favorites, from the Shane Heal Mailbag! to DinoRadja.jpg, are back. They are not better than ever, though. They actually look pretty goofy.

It's a good thing the answer to all those questions is almost certainly "no, please leave me alone," because the Internet on which such things existed is the Internet of December 1996. This was the web shortly before Bill Clinton's second inauguration, a moment in which the Internet consisted almost entirely of negative space and the color teal. It's possible to see that Internet as a more innocent place than the one that has replaced it, if only because that Internet was too janky to support the massive amounts of pornography, seething grievance and Moms Hate This One Weird Trick hucksterism that powers today's web. Mostly, though, it was just unfinished. Anyway it is gone.

Except, thankfully, not. Someone under the era-appropriate name JonthanTaylorThomasFan pulled 65 pages off that vanished 1996 NBA Internet and uploaded them to the image-hosting site Imgur. They are ridiculous and beautiful and real. They are strikingly teal and empty. Dino Radja is there. Let's go back. 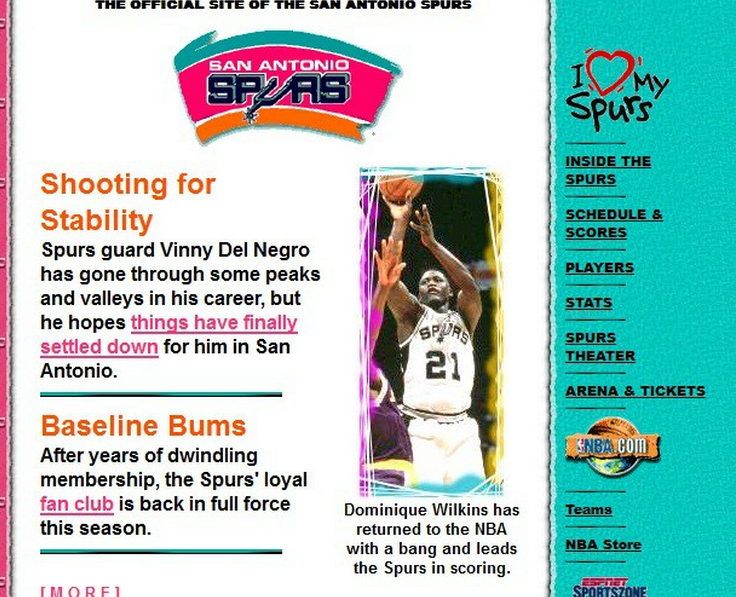 What's most striking about this 65-page time travel odyssey, is not necessarily the wealth of important information available that would otherwise have vanished alongside the sadly snuffed out Angelfire aesthetic. There is, naturally, a good deal of that. 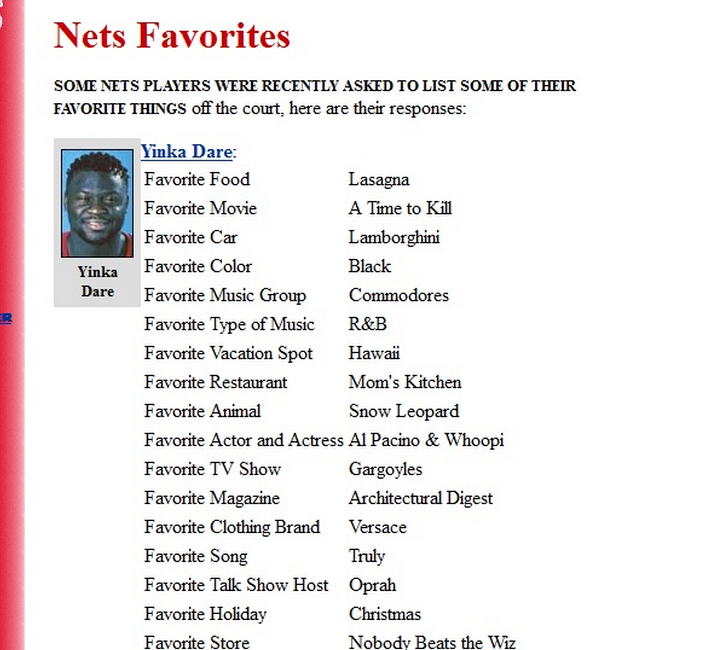 (Sadly, "Gargoyles" was an actual, if short-lived cartoon program, and not a Yule Log-type thing in which a camera was just trained on a dramatic frieze 24 hours a day.) But as delightful as all this prehistoric jankiness is, there's also something almost poignant about it. No one really knew what the Internet even was just yet, let alone what it was for.

The same could probably be said today, of course, but there's something sort of charming about the way that these teams seem to have put these webpages up as a lark -- big, empty spaces where fans could find the lyrics to their favorite team's goofy rap anthem. 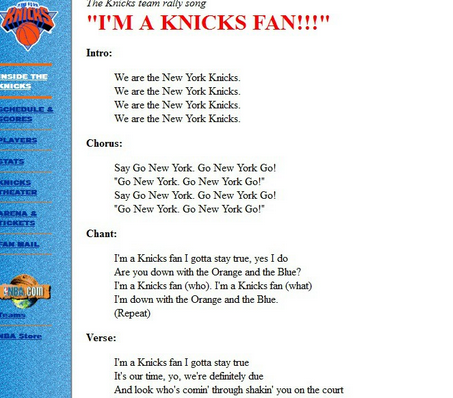 Or be told good things about their favorite teams and players (or the Nets and Shawn Bradley, as the case may be). 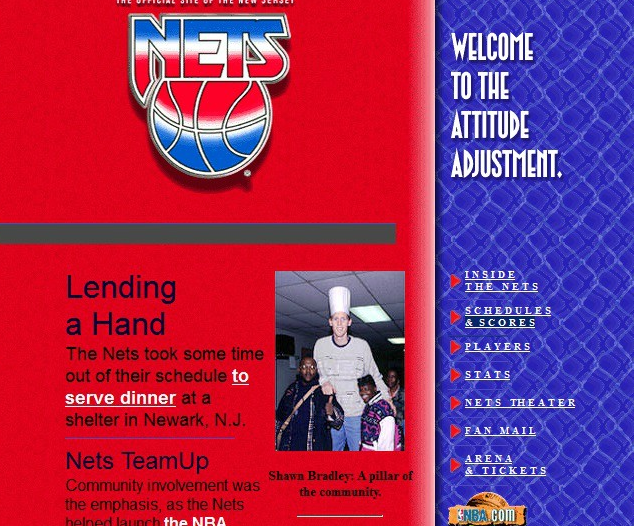 Or vote in stupendously depressing polls: 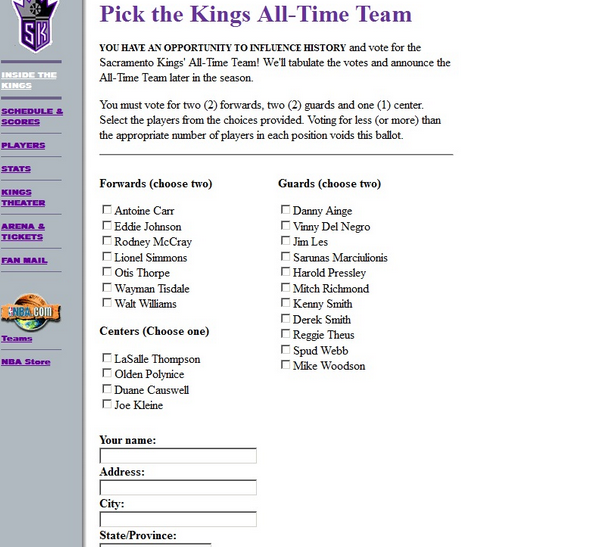 Or ask questions that may or may not be answered, depending.

While these pages appear both to have been made by and generally targeted towards kids, there's more broadly the sense that the people creating them believed the Internet to be just that. That is, a kids thing, a place where young fans could wait 30 seconds for a page to load, on which page there would be an essay about the Dallas Mavericks mascot. Only George Shinn, it seems, understood the potential of the Internet to become the honking sell-scape it would be just a few years later. 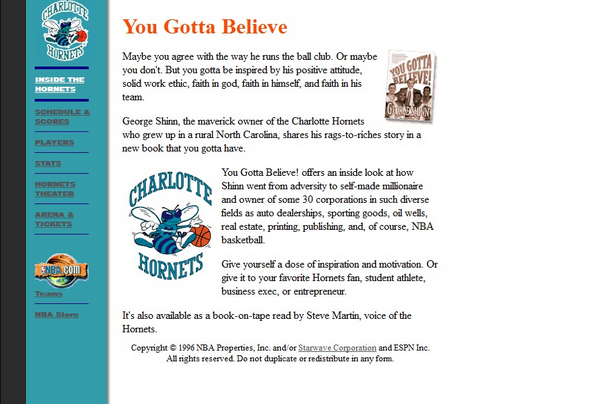 It's not unlike reading some of the features written about hip-hop music in the early 1980s, which covered a vital, growing and new-sounding thing as if it were a quaint, if possibly dangerous, fad. It wasn't really a failure of imagination or prescience that no one could have imagined Chief Keef in 1983 so much as it was a failure of faith.

But that makes sense, too. It is difficult, when a thing is new, to imagine that it could ever grow up, let alone get old. It's what makes these pages not just goofy looking, but a little sweet. They just didn't know, although of course they couldn't have known. Still, someone probably should've said something about all that teal.