California Chrome won the "Run for the Roses" in impressive fashion, re-live the race now.

California Chrome won the 2014 Kentucky Derby, becoming the latest horse to win the "Fastest 2 Minutes in Sports." If you missed any of the action from Churchill Downs, or would like to watch California Chrome "Run for the Roses" again, here is full video of the race.

California Chrome, the pre-race favorite at 2-1, broke well and was among the lead from the start. Uncle Sigh set the pace for the first three-quarters of a mile before California Chrome broke strong at the final stretch and blew away the rest of the field. He built up a big lead, ahead of the field by five lengths at one point on the closing stretch.

More on the Kentucky Derby 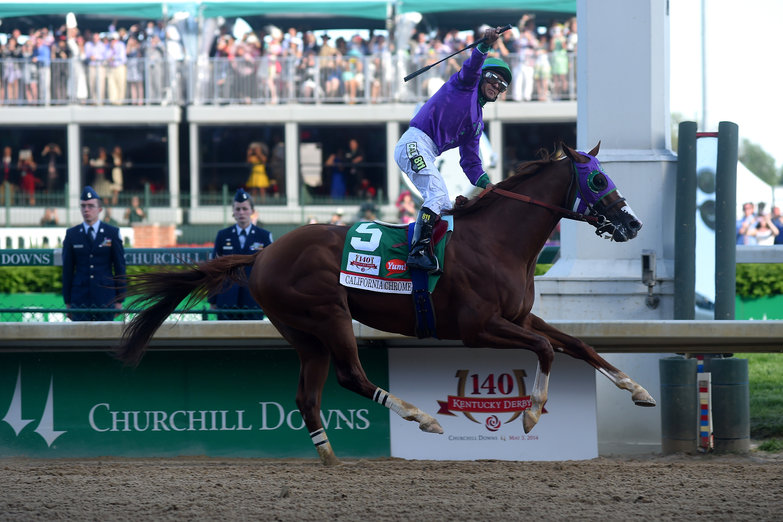 The track for the 140th running of the Derby was in much better shape than the sloppy conditions of a year ago. With good weather, the race was set up for fast, clean race. That proved to be the result with the field getting out of the gate clean. Several horses maintained the pace early on, but it was all California Chrome on the final stretch.

With the first leg of Triple Crown complete, California Chrome will now head to the Preakness Stakes attempting to win the second leg and take the next step in becoming the first Triple Crown winner since Affirmed in 1978. Two horses threatened the Triple Crown recently with I'll Have Another in 2012 and Big Brown in 2008 both winning the first two legs before coming up short at Belmont Stakes.