From backyard dreams to press row, the series between the Heat and Nets completes a chapter in a life spent in basketball and an appreciation for Paul Pierce, Kevin Garnett and Ray Allen.

The Brooklyn Nets have not moved me this season, which I admit is kind of surprising. My two frames of basketball reference for most of my life involved the Nets and the Celtics. So when Billy King acquired Kevin Garnett and Paul Pierce last summer, it presented an interesting set of circumstances.

The Celtics were the team of my youth. My family lived in the Boston suburb of Belmont when I was little. My earliest basketball memories are of watching the Celtics battle the Sixers, Pistons and Lakers on Sunday afternoons. I loved Larry Bird, revered The Chief and pretended to be Dennis Johnson whenever I shot baskets by myself. There's DJ, stop and pop, good! Over and over again, until I had once again willed the C's to victory in my driveway. Those were a child's thoughts.

But I can trace the exact moment when I started having grown-up feelings about basketball. That was the year Bird missed with his aching back. It was the moment when you realize the game will exist without your heroes someday.

I tell that story whenever someone asks me if I'm a fan of any particular team. Most people find it kind of sad in the same way they recall losing a childhood pet. For me, it was liberating. We had moved to New Jersey and I had the Nets. 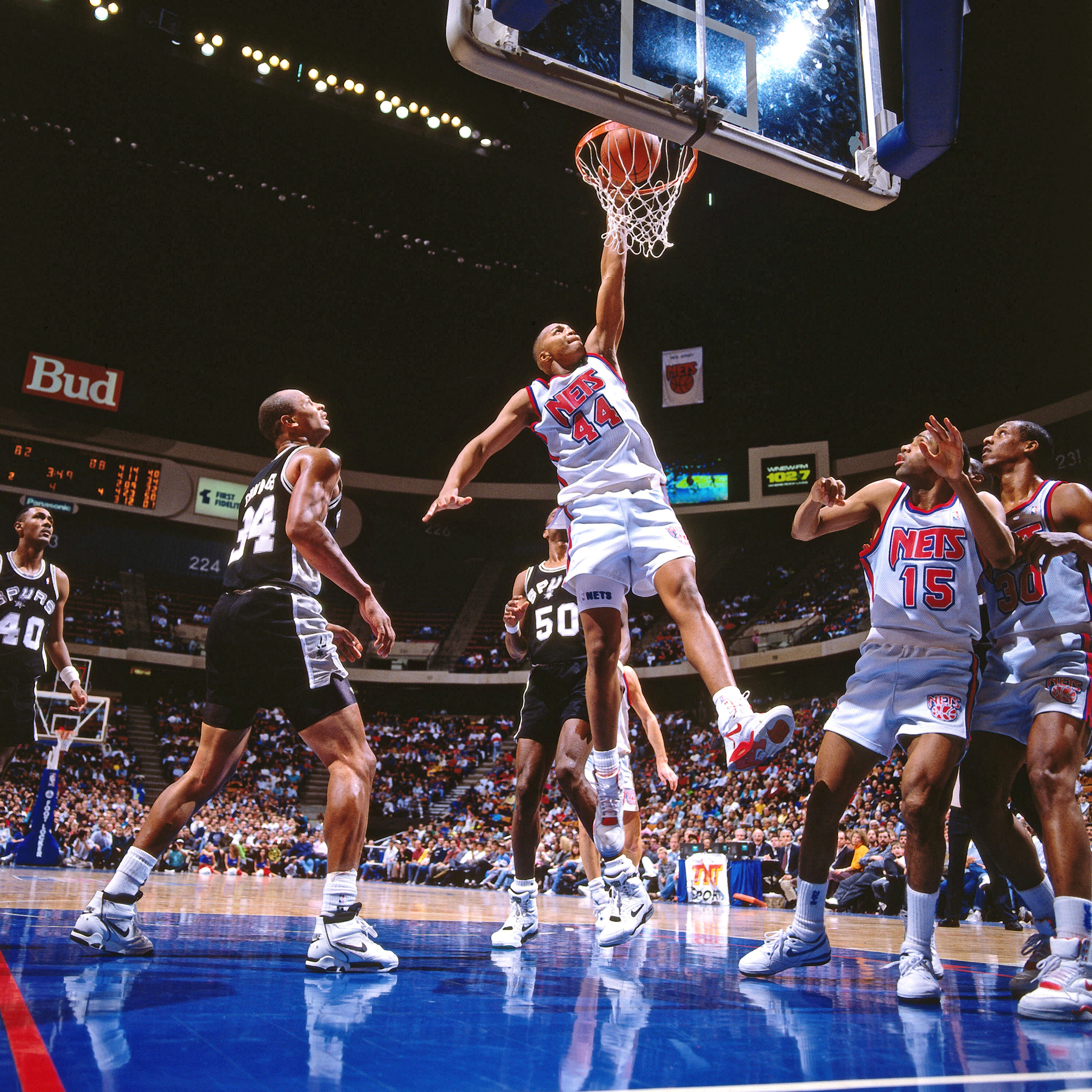 That was the team of my adolescence. The Nets were a ragtag collection of losers and also-rans who occasionally threatened to do something interesting, but always had a knack for screwing things up. A small sampling:

They were endearing because they were comically inept. They were also convenient. When Eric Murdock was a rookie, my friends hatched a plan during study hall to go watch him play. Eric went to a rival high school and coached my summer camp team to a championship. The idea that someone we vaguely knew would be on an NBA court — a mortal among the gods — was overwhelming and mystifying. We could do this because plenty of good seats were still available. The Nets were my conduit to NBA basketball, nothing else.

After college, I moved around the country in a never-ending series of middling newspaper jobs. Without a real connection to any one place, I was free to enjoy teams like the Sonics, who captured my imagination, and players like Allen Iverson, who thrilled me like no one has before or since. When Iverson started to decline, I lost touch with the game. I never expected to find it again in Boston, let alone with a press pass. 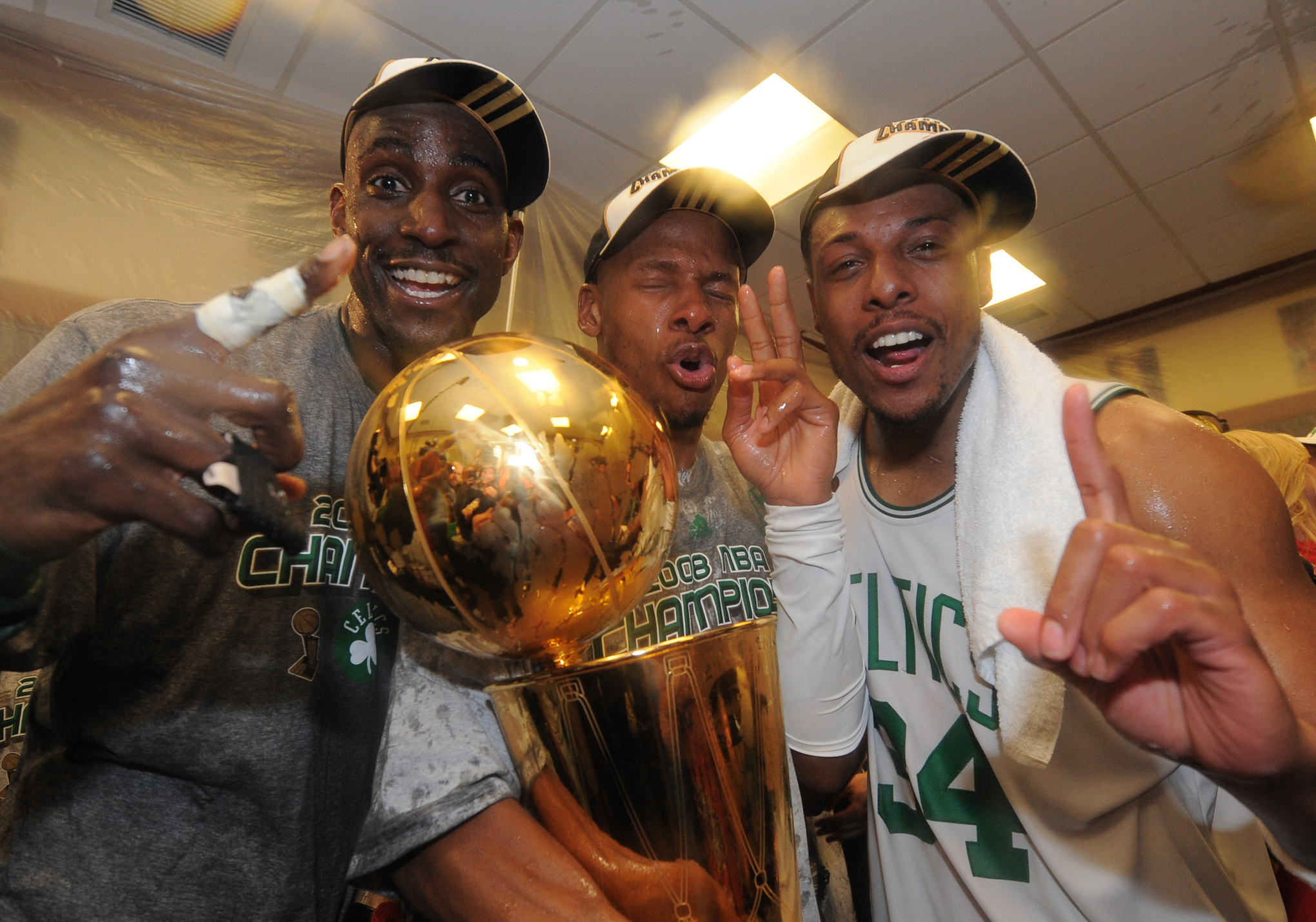 I started covering the Celtics by accident. When Garnett and Ray Allen arrived in Boston, I had moved back to the city and moved on from sportswriting. Yet from the first game they played with Pierce, I was hooked. Their teamwork and sense of purpose seemed flawless, and as a 30-something looking to kickstart a stalled career, I immediately identified with their struggle. I managed to hang around around during the 2008 playoffs working on a magazine feature and picked up a side gig moonlighting for WEEI.com the next season.

Beat writers are in a strange spot. It's a prerequisite of the job to maintain a professional distance from the people we cover, but it would be disingenuous to suggest that they have no effect on our lives. Our daily existence is dictated by their schedules and our moods are often subject to their whims. It's also true that the better a team plays, the more exposure beat writers get for their work. If the Celtics had not made the Finals in 2010, I can't say for sure that I would still be writing about basketball.

During that time, I got to know all three a little bit. When people ask me what the guys are really like, I reply honestly that I have no idea. But it was impossible to not feel something for them, especially in those moments when they let their guard down.

How did the Nets sweep the Heat this season?

The Nets won all four regular-season meetings against the Heat. Can that success carry over to the postseason?

How did the Nets sweep the Heat this season?

There was the gleam in Pierce's eye after surviving a LeBron James onslaught in Game 7 of the 2008 conference semifinals when he said that he finally had his own place in Celtic lore. I'll always remember Garnett sitting courtside with his head in the crook of his arm, locked in a meditative trance like a surly Rodin sculpture at a shootaround in Miami before Game 5 of the 2012 conference finals. One of the great joys of covering that team was getting to the arena early to watch Ray go through his pregame routine. His work done, he'd nod in my direction, understanding that I was also putting in the time.

There were other, more mundane moments, like the day Pierce amiably held court with the writers after a practice, discussing his love of deep-sea fishing. Or, the time Garnett dropped a Beverly Cleary reference out of nowhere on an otherwise boring early-season Saturday afternoon. Allen and I used to talk about distance running, a rare mutual interest in a locker room setting.

There were other less cheery times as well. Pierce dismissed my introduction when I tried to circumvent the rules of the pack. Garnett refused to acknowledge my presence while I awkwardly trailed behind him. Always professional, Ray subtly admonished me for not being more assertive early in my tenure, a lesson that made me better and more focused.

The rules are that you never take those kinds of things personally, and it was never that hard with them. Pierce wasn't one to hide his mood — good or bad — and KG played no favorites. Ray could be forgiven for his idiosyncrasies. They were consistent in their way, which is all you need in that kind of working relationship.

There were hard feelings when Allen left that have never been properly explained, but my general sense is they all felt betrayed in one way or another; Allen by the notion that he was being passed over by younger teammates, and Pierce and KG by the idea that one of them would want to leave what they had built.

When the Celtics were eliminated by the Knicks last season, Doc Rivers said that he was most disappointed because he always wanted to make sure that things were right for Pierce and Garnett. The implication was that he couldn't do that anymore. I know exactly how he felt. There was nothing left to write about, and I had moved on from the beat. 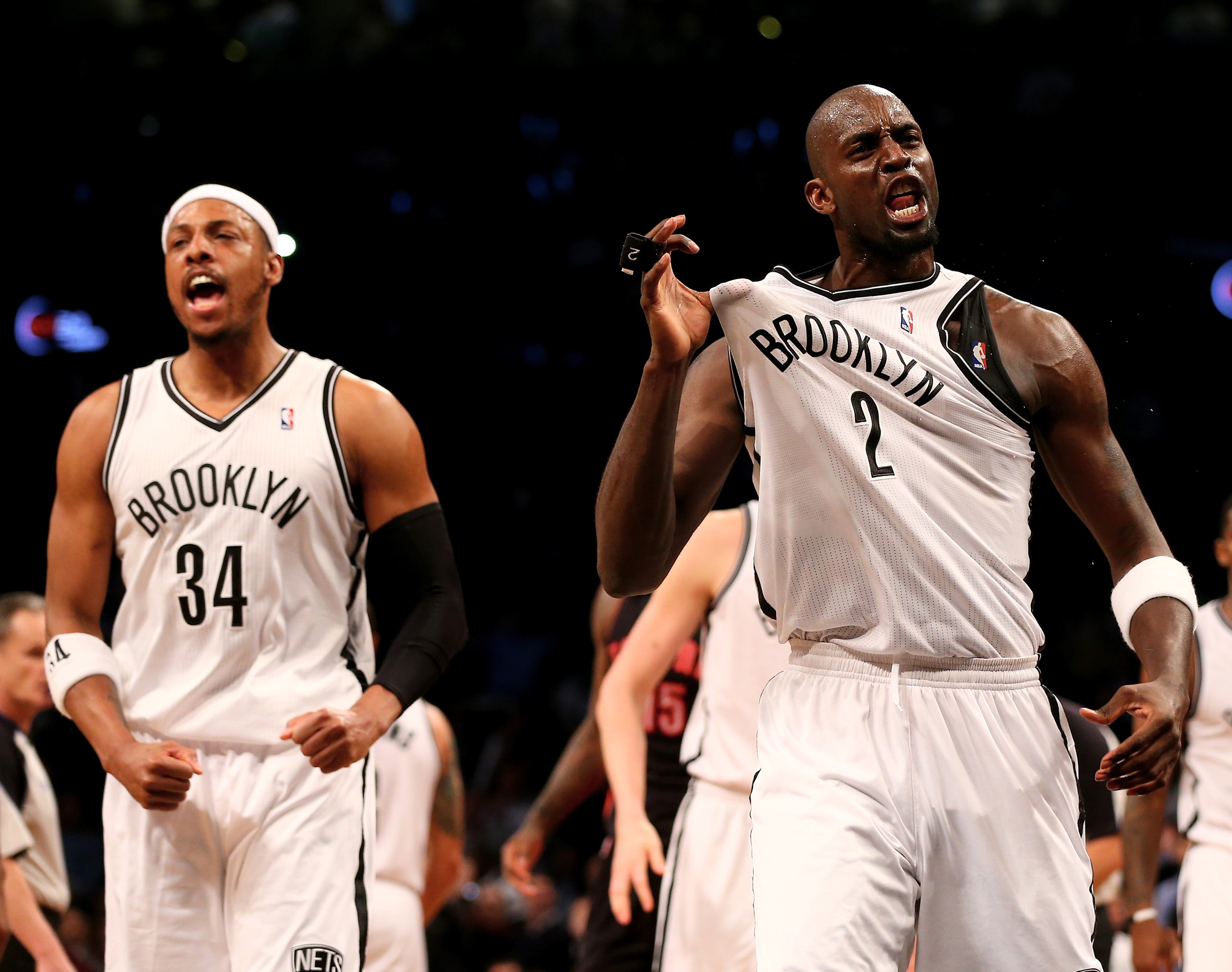 Ray was right, after all. His vindication came with an iconic shot in Game 6 of the Finals that helped win another championship. Pierce and Garnett may have been right, as well. They will never concede that things could have been different if they had all stuck together, and they have a history of improbable comebacks to back up their case.

Two not-very-quiet nights at home with an NBA team that's figuring out what it is, and what it will be.

When Pierce and KG wound up in Brooklyn, I expected the Nets would become one of my League Pass favorites this season. There have been moments, including an unexpected winter revival after KG was forced to play the five and a handful of Pierce gems that made me smile knowingly in the quiet of my office. For the most part, though, I've been ambivalent about their journey. They are no longer a part of my everyday life. The daily grind has been replaced by a strange feeling of nostalgia for people I don't really know and a time I don't really want to repeat.

Still, I've been waiting all season for this playoff matchup with the Heat. When the Nets rather overtly worked themselves down to the sixth seed, I felt as if it was preordained. Even then, I picked the Raptors in the first round. Against my instincts, I chose with my head instead of my gut. I should have known better.

I have no expectations for their performance and nothing invested in the outcome. Pierce, KG and Allen owe me nothing. If anything, I owe them for providing a glorious tableau of success and failures along with endlessly fascinating personas to chronicle.

Their careers have brought me full circle from a sloping asphalt driveway shooting baskets at a crooked hoop to the swamps of Jersey and finally to press row at the Garden. For me, this series is a culmination of a lifetime lived through basketball.