The San Antonio Spurs get their lifetime achievement awards

Gregg Popovich and R.C. Buford won awards for their work this season, which was really a continuation of 15 seasons worth of work.

Share All sharing options for: The San Antonio Spurs get their lifetime achievement awards

The San Antonio Spurs are in a curious position. Long derided as a boring and unloved champion lacking in both charisma and style, they have become oddly endearing as challengers, complete with honors and awards that always seemed to elude the franchise during their heyday.

Certainly history has been kind to the Spurs. We now know and appreciate that they were ahead of the curve with international scouting, working the salary cap to their advantage and tilting the court in favor of corner threes and high-efficiency shots. Respect, even grudgingly afforded, has long been a given. 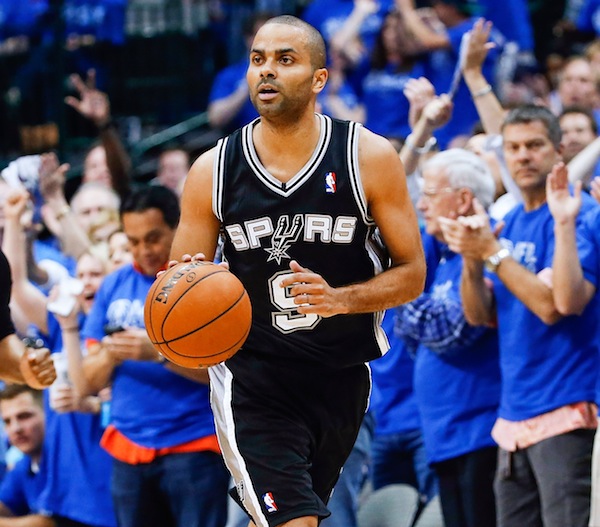 In recent years, they have even become more enjoyable to watch as Tony Parker assumed greater control of the offense. Gregg Popovich, cynical asshole, has been replaced by Pop, everyone's favorite sarcastic uncle. Along with that reevaluation, they are also receiving credit for their endurance. Popovich won his second Coach of the Year honor in three years and R.C. Buford won Executive of the Year for the first time. If there was award for Regular Season Team of the Year, they would have undoubtedly won that as well.

You'll get no argument here that both Pop and R.C. are the best at what they do, but the timing for both awards is curious in that the Spurs returned their entire starting five and seven of their top eight players from last season. The only significant change was swapping Gary Neal for Marco Belinelli via free agency. Their success this season is a testament to an organizational vision, not some grand transformation.

Buford's award is voted on by his peers, so only they can answer why now is the appropriate time to honor a man widely regarded as the best in the business. His work this season was mostly pro-forma. He re-signed Tiago Splitter and Manu Ginobili to reasonable extensions and let Neal walk while replacing him with Belinelli. He also added little-used backup big man Jeff Ayres. Hardly the stuff of bold offseason plans.

That Buford should have won the award years ago is obvious, but no less obvious than the successful one-year overhauls engineered by Ryan McDonough in Phoenix and Masai Ujiri in Toronto. The savviest offseason work may have been done by Portland's Neil Olshey who built a low-cost bench and maneuvered the team into acquiring Robin Lopez for a minimal return.

By contrast, Buford simply fine-tuned what has become the league's most stable machine. Honoring Buford rights a historical wrong.

Their success this season is a testament to an organizational vision, not some grand transformation.

In a sense, that's also true of Popovich. In other years, he would have been passed over in favor of coaches like Jeff Hornacek or Steve Clifford, who enjoyed unexpected success. The old way of choosing a coach of the year was to balance regular season results with pre-season expectations. That's why so many former winners get fired a year or two after winning the award. The media sets a subjective framework and corrects itself when objective results are counted.

Pop's award may signal a shift in attitude by the voting media to redefine the parameters and make it more like the MVP by rewarding the individual who is seen as the best in their profession. Or it could just be a tacit acknowledgement of past mistakes.

To be sure, there were challenges for Popovich this season. Injuries cost him the services of Parker, Ginobili, Kawhi Leonard and Splitter at various points of the season. His regular starting five appeared as a unit in only 30 games this season for just 262 minutes, per NBA.com's stats page. Only Tim Duncan and Belinelli played more than 2,000 minutes at all and Duncan and Parker barely registered in the MVP voting.

Popovich successfully integrated players like Patty Mills, Cory Joseph and Ayres into the rotation while maintaining the health of his most important players. When Aron Baynes suddenly appeared in Game 1 of their semifinal series with the Blazers and scored eight points in seven minutes, it was not surprising. It was merely another example of Pop's craftsmanship.

All of that is also a credit to Buford for having a long-range vision of scouting and player development. Few teams have developed the end of their roster better than San Antonio over the years and it's paid off in numerous ways this season.

In this season of lifetime achievement awards, all that's left for the Spurs to bring their journey full circle is the seemingly inevitable Finals rematch with the Miami Heat. A decade and a half after first appearing on the national stage, they are still the standard by which all other franchises are measured. That's worth celebrating.