The Pacers went all-in and failed. So now what?

The Indiana Pacers put all their chips on the table to win a championship this year. They'll feel the effects of squandering future assets to make that happen.

Share All sharing options for: The Pacers went all-in and failed. So now what?

The discourse at the time mostly avoided it, but the Indiana Pacers made many mistakes last offseason. Many, many mistakes. Most of them in one offseason-defining deal with the Phoenix Suns. 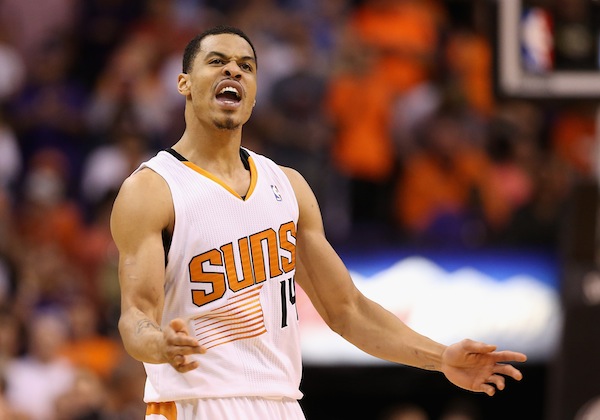 Somehow, the Pacers did them all in one fell swoop. They traded Green, Plumlee and their 2014 first-round pick for Scola, a man they now seem destined to lose without him having helped them in any significant way.

The theme set down by this trade, of tinkering with the bench in a wasteful manner, can also be found in the moves other than that opening salvo. Trading away Gerald Green at $3.5 million to merely replace him with the highly similar Chris Copeland at $3 million was a mistake. Scola was acquired to replace Hansbrough; switching out the 27-year-old Hansbrough at $3.1 million for the 33-year-old Scola at $4.5 million was a mistake. And so on. Outside of re-signing Paul George and David West, the Suns trade was the offseason, and it was not a good one. The Pacers started with Gerald Green, Miles Plumlee, Tyler Hansbrough and a first-round pick, and wound up with Chris Copeland and Luis Scola for as-near-as-is the same price. 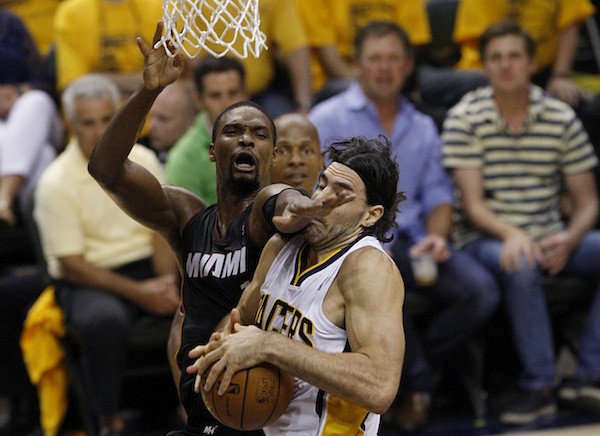 Of course, Plumlee had not yet broken out -- he had not exactly had the chance to -- and Green was coming off a poor season previously, shackled by an Indiana playing style that did not allow Green, who is most effective when given free rein, to play in his style. However, when looking at Scola, the words "backup" and "old" should have been a deterrent here. They were not, and now much of what was meant to be Indiana's future is winning 48 games in Phoenix. Without them, the Pacers sorely lack for future assets.

This matters. It mattered then, and it really matters now.

Competitive teams, regardless of how competitive they are, need to maintain some flexibility and future assets going forward so that they can stay good. You can perhaps get away with not worrying about this if you are Miami, but those in smaller markets need these options to help them stay good in the future. This is what has kept the San Antonio Spurs perennial contenders for so long.

Despite the bleak long-term sustainability they had created themselves, the Pacers were nevertheless intending to be good enough this year to mostly justify it. This, though, didn't happen, making this need for flexibility and assets ever stronger going forward. And yet with that one move, and an offseason spent forgoing the future for the present without actually doing anything to better that present -- what were Rasual Butler and Donald Sloan here to do, for example? -- the Pacers mortgaged a significant part of the little future they have.

There are seven Pacers players under the age of 27: Evan Turner, Andrew Bynum, Donald Sloan, Lance Stephenson, Lavoy Allen, Paul George and Solomon Hill. Of those, only Hill is on a rookie scale contract, and only he and George are not headed for free agency this summer. Bynum, still unable to run without pain, has already left the team, and he will not be alone.

The Pacers have to pay a competitive amount to keep the player whose future they now have no control over, yet whose future largely determines theirs.

The Evan Turner experiment has not worked, and he needs to go. Turner almost certainly will not receive his $8,717,225 qualifying offer, and while this does not preclude him from being signed and traded, he surely has no value in such. Sloan's minimum salary contract is unguaranteed before Aug. 15, which may yield some slight trade value, yet he has not been a significant part of the team and figures not to be again, a surefire candidate for waivers if not being dealt. The Pacers are committed to their imploding core to the tune of $64 million already next season: only the little used Allen, the departed Bynum, the ill-fitting Turner, the superfluous Butler and one other player are going to be free agents.

That one other player, of course, being Lance Stephenson.

Playoff antics aside, Stephenson has broken out over the past 18 months, finally becoming the player Larry Bird envisioned he could be. Bird stuck with Lance even through the assault charge that could have ended his career back when Stephenson was a mere bench player (the charges were eventually dismissed), and Indiana has been reaping the rewards of this patience and development.

However, when the Pacers signed Stephenson, they did so to a four-year contract. The upside of such a contract was that Stephenson had been an absolute bargain these past two seasons (earning only $1,005,000 this season), but the downside is he now enters unrestricted free agency. Players with three years or less experience can be made into restricted free agents, like it or not, by virtue of a qualifying offer, but the only four-year veterans eligible for restricted free agency are those coming off of rookie scale (i.e. first-round) contracts.

As a second-rounder, Lance is not one of them. And as such, the Pacers will face a battle to keep him. Averages of 14 points, seven rebounds and five assists at 23 years of age will always merit a big payday, especially with so few other quality wing players in the free agency market. Without the leverage to match any offer that restricted free agency offers, the Pacers have to work their loyalty angle and pay a competitive amount to keep the player whose future they now have no control over, yet whose future largely determines theirs.

Indiana, then, not only has large outstanding commitments to a core that no longer seems to be working, but the team has few assets with which to do much about it. The Pacers more than likely cannot pay the luxury tax, they do not have their first-round pick this year, they likely cannot trade George Hill and David West for much value with both earning large guaranteed salaries through 2016, and they have to decide whether they still believe in Roy Hibbert. There is a huge amount to do in Indiana and very few assets with which to do it.

He's one of the youngest and most talented players that will be on the market, but his intense character that makes him a lighting rod on the court could also be a concern for any team bringing him into a new locker room.

Paul George: 'I don't know' if Lance should return

Indiana's star wing was hesitant in his endorsement of Lance Stephenson.

There is, of course, Sloan's unguaranteed salary. And while his acquisition never made sense, Scola at least has a much bigger unguaranteed portion ($940,946 of $4,868,499 guaranteed only) that may command some trade value. If he is not re-signed, Stephenson can be signed and traded for up to and including the maximum salary, which may yield something inferior, but still useful in return. Allen is also a sign-and-trade candidate -- the Pacers own his early Bird rights -- and as long as they can stay under the apron, the team will have use of the full mid-level exception and bi-annual exception with which to begin addressing their problems.

However, staying under the apron, and the tax, should be assumed. This is Indiana, and it still loses money. Without the financial clout of others, the Pacers are entering a summer where they sorely need to both salvage what they have and plan a future they do not otherwise have, without the assets to do much of either. It will be difficult enough to even re-sign Stephenson without overpaying to do so (though perhaps his reputation drags down his price) and bringing the tax threshold into play. Even if they sought to do something drastic, such as trading Hibbert, his value is so low after this playoff run with so much outstanding salary on the hook that they likely could not do so for any positive value.

They paid what it took to re-sign Hibbert and George to maximum contracts in order to give themselves a chance of competitiveness. The only way to maintain that chance is to do the same with Stephenson, to pay what it costs to keep him and hope he can go on to justify it. Do they have one more bullet left in the gun?