What are The International Dota 2 Championships?

There's no denying it: eSports are here to stay, and at the top of the mountain is Dota 2 and its $18 million prize.

Share All sharing options for: What are The International Dota 2 Championships?

The term "sport" is becoming blurrier. No longer can it solely refer to people who are athletic on a field or court -- more and more we're seeing games of skill become sports in their own right. This includes "eSports" where players carry a keyboard instead of a ball, but practice just the same. The pinnacle of eSports is the World Championship in Dota 2. It's called "The International," and is a must-watch even if you're not a fan of video games.

Instead of playing a game with physical skill, these are played with a mouse, keyboard or controller. Once seen as a frivolous waste of time, some video or computer games transcend being a pastime and to become legitimate skill-based challenges.

Electronic Sports are out-pacing traditional leagues in year-over-year growth, and the $20.1 million prize pool at this year's International will eclipse that of the British Open in golf. Yes, it's that big.

The money is real and the players are becoming superstars in their own right -- even if their names don't roll off your tongue, yet. A professional player will spend roughly 15 hours a day practicing, and a team will play thousands of games before each International.

Why should I care?

There are scores of different reasons why we love sports. Maybe it's the strategy, perhaps it's the athletic achievement. Maybe there's a player you follow or a specific team you love. Dota 2 has all these things.

It's inclusive in a way great sports are. Watching the NBA is amazing because after you've gone to shoot hoops you realize the skill that game takes, but unlike other sports it doesn't matter in eSports how big, tall or athletic you are. Winners in Dota 2 have the fastest fingers, the best strategies and the quickest minds.

Never mind if you haven't played. None of us have luged, but we watch the Winter Olympics, right? Before too long you'll be criticizing players from your couch, understanding what the commentators are talking about ... you'll become invested. This game has a way of hooking you in, and with a near-unlimited combination of heroes, no game is the same -- ever. 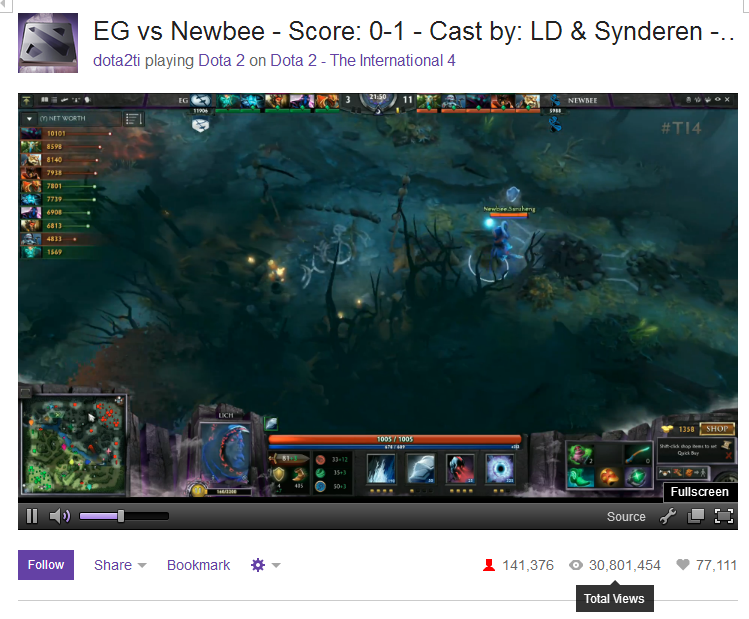 What is The International?

At its most basic level The International is the World Championships of Dota 2. A total of 18 teams play, 12 of which are invited due to their performance in prior events. The other six teams play their way in through regional qualifiers.

The event has expanded exponentially every year, from small beginnings in exhibition halls to KeyArena. 12,000 fans will descend on Seattle for the event inside an arena that once hosted the Sonics.

The fifth International has been extremely dramatic thus far. LGD Gaming from China were seen as a talented team that might not be prepared for this year's competition, but they blitzed through the group stage and hold the top seed. Meanwhile eyes are on Team Secret, an All Star team of sorts that was formed with the intent of providing a home for talented players that felt their teams were letting them down. Beneath those two teams are fan-favorites Natus Vincere (Na'Vi) who struggled for much of the year with uncharacteristic lapses, but always know how to turn it on in big events.

The $20.1 million prize pool at this year's International will eclipse that of the British Open in golf.

Okay, lets take a step back here, because there's a lot to digest.

Dota or "Defense of the Ancients" began as a Warcraft 3 mod in 2003. It's a part of the ever-growing genre called "MOBA" or Multiplayer Online Battle Arena. There are scores of these types of games like League of Legends or Heroes of Newerth, but none have awarded the type of prize pool that Dota 2 offers.

Two teams of five heroes face off on a single map. The map itself never changes and the play field is always the same. It's divided into three roads, or "lanes" that computer-controlled enemies walk down at regular intervals. Experience and gold is earned for killing these enemies or "creeps" with the ultimate goal being to destroy the opposing team's base, their "ancient." Blocking the way are a series of tough towers that do damage to the heroes and creeps alike. The towers require significant damage or team work to take down.

Each lane has three towers, before a final set under the ancient itself. Kill the towers, kill the barracks (which prevents creeps from spawning), kill the ancient -- that's the game. 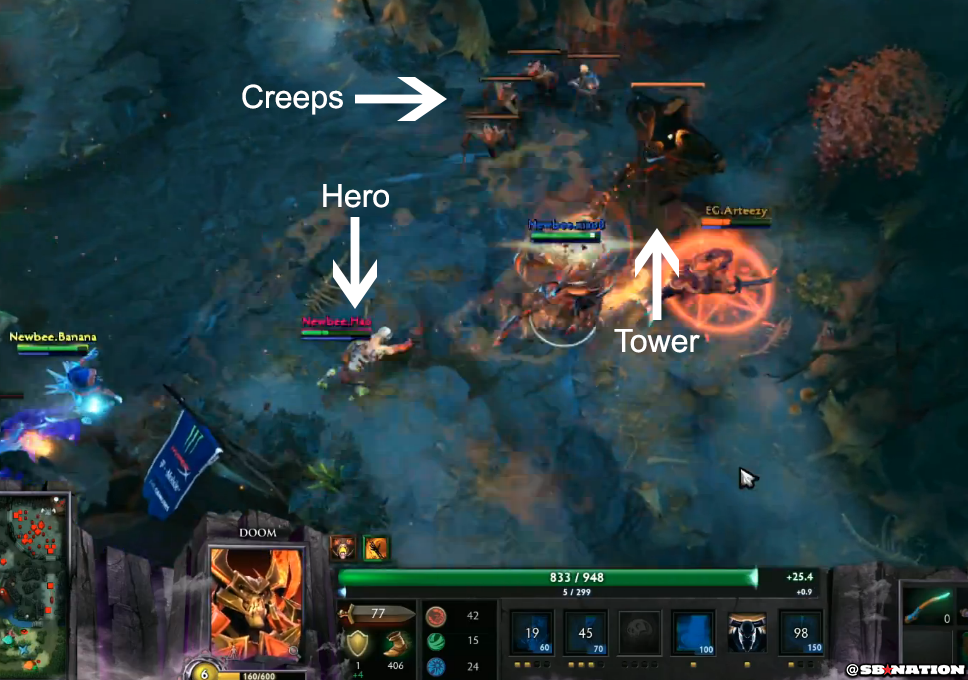 Of course there's a lot more to the game than that. Each hero has an entirely different set of skills for a total of 110 playable heroes at the competitive level. Mixing these different abilities and leveling them up is vitally important, as is buying the correct items with a player's stashed gold.

Who are the teams?

These are the names and nationalities of the 16 remaining teams:

What are the strategies?

The short answer is "endless," but we'll try to be a little more helpful. Games are often won or lost at the draft. During this time the teams alternate between picking their own heroes and banning others. There's an innate understanding of the draft to stop teams from getting strong combinations or ensuring they don't get their best heroes -- all while trying to find beneficial heroes for your own team. 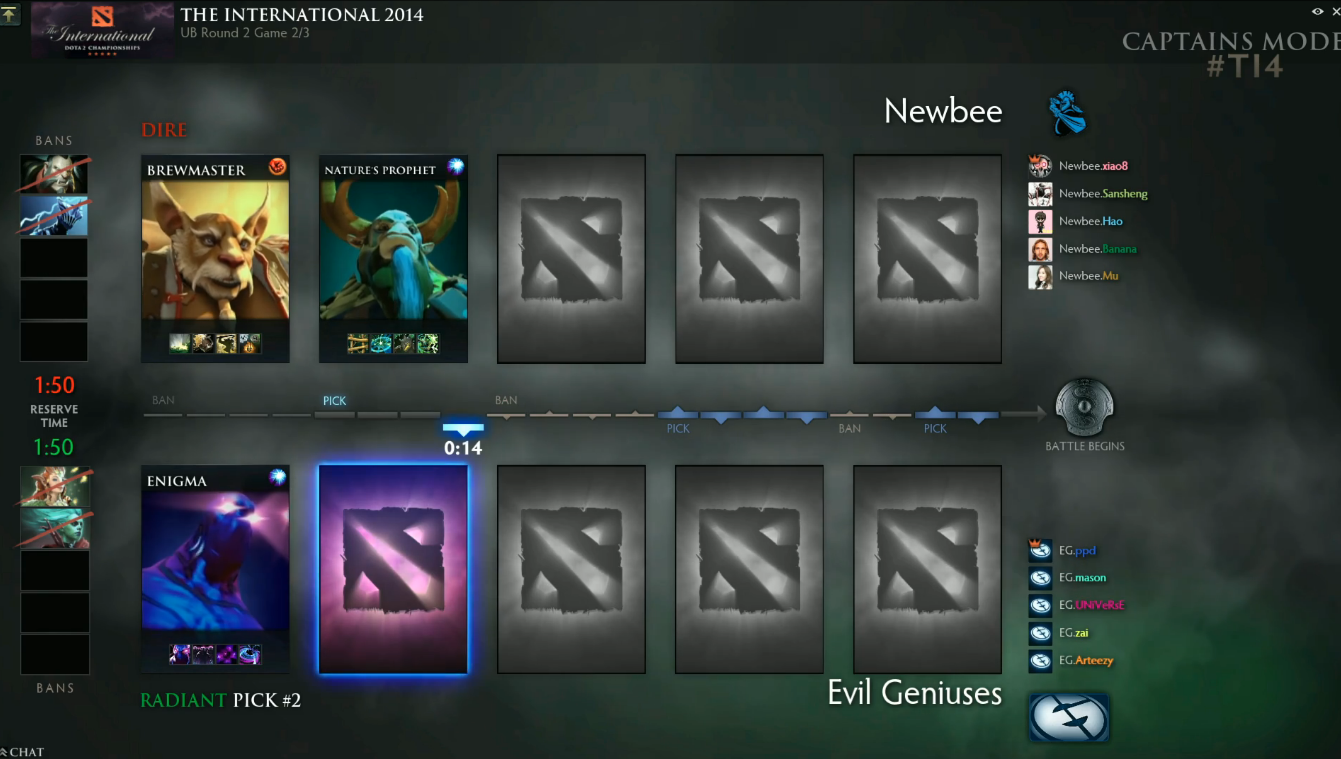 The metagame evolves differently in each part of the globe. Chinese teams have an inherent propensity to play very defensively, taking few risks and striking only when necessary. This style of play is referred to as "Chinese Dota," and games can easily pass one hour when two teams employ this strategy.

"Rat Dota" began as a derogatory term, but has become an accepted parlance for a team that likes to push multiple lanes at ones, doing very little damage to each tower at a time. Rather than one big push teams will wear them down over time.

American Dota is typically known as a risky, aggressive style that often leads to inconsistency. The term is eroding in modern Dota with more teams playing similar styles, but it used to be widely known that American teams were sub par.

Watching The International for the first time can be daunting. It requires not only learning a new sport, but a new language. There are a thousand terms Dota commentators use, but here are some helpful ones that will make watching easier.

Blink: Short for an item named "blink dagger" or an ability that allows a character to disappear from one spot and quickly re-appear a short distance away.

BKB: Short for the item "Black King Bar." A common defensive item that allows a hero to block all magic damage for 10 seconds. Each usage reduces the duration by one second, meaning 9 seconds on second use, etc. The minimum time for a BKB is 4 seconds.

Carry: A role on a team to describe a hero that is initially weak, but progressively gets stronger. Towards the end of the game it will be this hero's job to "carry" the team and do the most damage because it has the most abilities.

Courier: An animal that moves objects from the game's shop to heroes.

Dust: "Dust of Appearance" is an item that reveals invisible heroes within its area of effect. Heroes can be rendered invisible due to items or abilities.

Farm: Gold collected by a player by killing creeps and enemy heroes is a player's "farm." Good farm means a player can buy powerful items more quickly, level faster and contribute more to his or her team.

Gank: A term for a team or heroes picking off a vulnerable hero and killing them.

GG: Stands for "good game." The universal symbol of a team giving raising a white flag and surrendering.

Jungle: The space between the lanes. Some heroes elect to spend their time fighting enemies in the jungle, rather than staying in the lane. It's also here where teams will gather to try and get surprise kills or "ganks."

Mid: The center lane of the map. It's here where strong heroes will begin the game, or those who need a lot of "farm."

Off lane: The most dangerous lane for a hero to start. They're vulnerable because the enemy's jungle is close, allowing for easy ganks. Heroes in the off lane are typically very tough or have abilities which allow them to easily escape damage.

Push: A generic term for a team making a strong effort to destroy a tower and move towards the ancient.

Rax: Abbreviation for "Barracks." Enemy creeps spawn from this place. If destroyed it allows the team that broke it to gain "mega creeps," which are significantly stronger.

Roshan: A large boss enemy located in a pit at the center of the map. Often referred to simply as "Rosh." Killing this enemy yields significant gold for the team and an item which allows a hero to immediately return after death.

Secret shop: A special shop for items hidden in each jungle. Some items are only available from the secret shop, but it can often be risky getting there.

Smoke: An item which renders heroes in an area invisible.

Support: Heroes that eschew directly damaging enemies in favor of using skills and that will help their team. This role typically means placing wards, buying healing items and aiding a team's carries with disables or stuns.

Ultimate: Many heroes have an extremely powerful ability on a long cool down that does significant damage or disables multiple heroes. Controlling the usage of the ultimate is a key skill.

Wards: Two different kinds of totems that provide vision within a given area.

How do I watch?

Watching The International is easier than ever. If you're already in the Dota community then the best way to watch is using the in-client system. However, streams can be found on Twitch.TV, Dota2.com and ESPN3 for the first time. 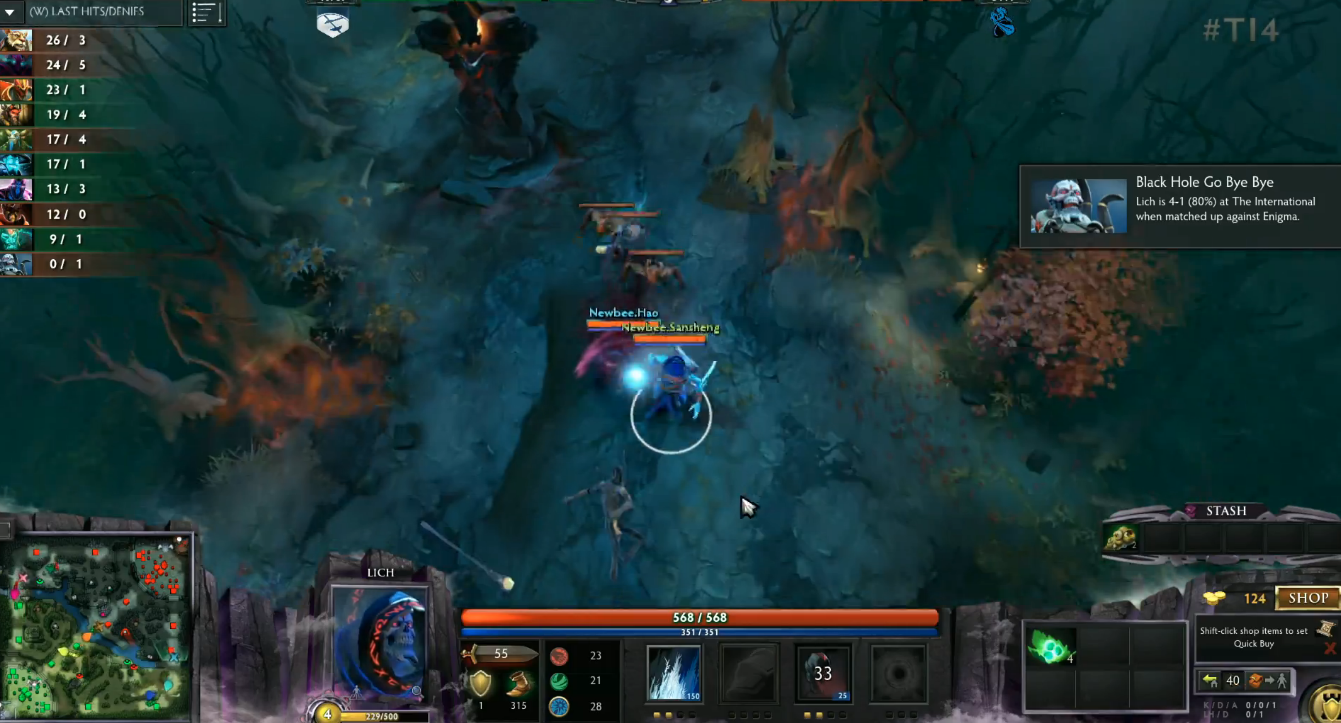 Which team should I pull for?

If you like to see a single dominant player then there are two to watch. xiao8 from LGD Gaming is always incredible, but don't sleep on Dendi of Na'Vi. This might be a down year for him, but Dendi is known for pulling out amazing wins on the back of his stellar Puck play.

James Dator has logged over 1,000 hrs in Dota 2 since 2012. He tries to run a mid Kunkka whenever possible.