Can Kendall Hunter be more than just another face in the crowd?

Kendall Hunter has been trying to establish his role in San Francisco since 2011. With a crowded roster of running backs around him, will he finally push through?

Share All sharing options for: Can Kendall Hunter be more than just another face in the crowd?

With first-and-10 on the opposing 47-yard line, San Francisco 49ers running back Kendall Hunter broke through the offensive line's right side and scampered down the sideline for 45 yards before being pushed out of bounds. Two plays later, Frank Gore ran in a one-yard touchdown, giving the 49ers a 10-point lead and insurance against the Atlanta Falcons, ensuring a victory late in a tight game.

It was the kind of run we've seen from Hunter multiple times throughout his short career, and in a vacuum, it illustrates why the 49ers like him so much as a player. It would have been a clear sign that he really was going to take over for Gore in the future, if not for the fact that it was just his third carry of the game, and fifth game of the season in which he only had three carries or fewer. Hunter finished the 2013 season with a career-low 358 rushing yards, and is now part of a team that has three to five running backs, all considered to be starting caliber. 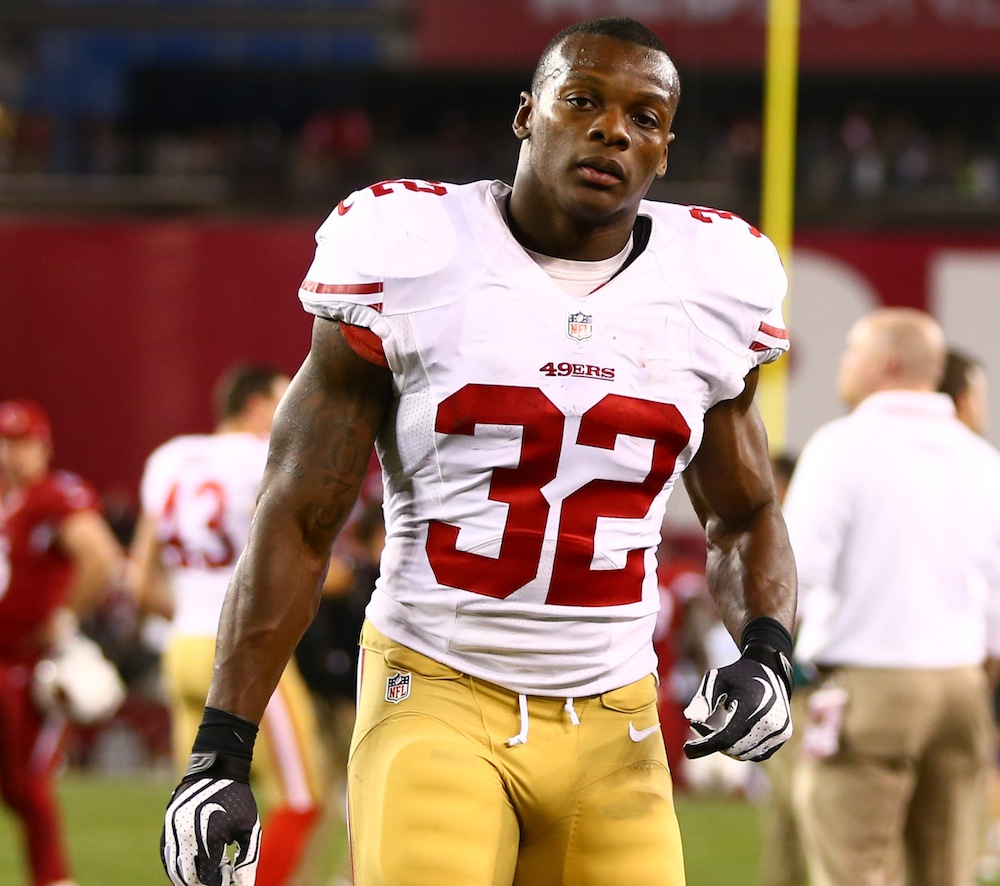 Hunter was drafted in the fourth round by the 49ers in 2011, and was immediately slotted in as the backup to Gore. Hunter took a career-high 112 carries in 2011, and managed 473 yards and a pair of touchdowns. That was good for an average of 4.2 yards per carry. Unfortunately, his 2012 season was cut short after 11 games, but he was averaging 5.2 yards per carry before that happened.

Hunter isn't even guaranteed to be the backup anymore

It's unclear why Hunter suddenly received fewer carries and chances in his third season. It's possible that he wasn't 100 percent healthy, but for whatever reason, the 49ers just went to him less.

Many figured Hunter would be the guy to take over for Gore when he calls it a career, but the 49ers have made some moves that make Hunter's future a bit more murky.

For one, the team drafted LaMichael James in 2012, taking him in the second round. James hasn't amounted to much just yet, but the 49ers were obviously not satisfied with the position. Then the team took Marcus Lattimore in 2013, essentially redshirting him until 2014. Lattimore fits the bill as a franchise running back, however. This offseason, the 49ers picked a running back high once again, taking Carlos Hyde in the second round.

Hunter has the most experience of all the guys mentioned, but his future is in doubt. Hyde and Lattimore both appear to have higher upside, and both will be ready to play this season.

For the 49ers, the stakes are clear: if Hunter plays well enough to convince them, then they have a potential starter on their hands. Hunter isn't even guaranteed to be the backup anymore, with guys like Lattimore and Hyde around. San Francisco would love it if all of the backs played well enough to make this an incredibly tough decision. It may not look it now, but you can bet the 49ers are nervous about Gore retiring and trying to replace the consistent play he put up over the years.

For Hunter, a strong season in 2014-15 could give him a place on the depth chart. This doesn't necessarily mean a place on San Francisco's crowded roster.

Niners Nation is less than optimistic about Hunter's future with the team:

The curious case of Kendall Hunter

After a very impressive rookie debut in 2011 and a season cut short by injury in 2012, Hunter saw the most limited action of his young career in 2013. What gives?

The curious case of Kendall Hunter

It's a contract year for the four-year veteran and he'll be competing for playing time in a backfield that will become even more crowded with a healthy Marcus Lattimore figuring into the mix. With that said, the prognosis, unfortunately, isn't looking very different than it has in the past. So don't be surprised if you see Hunter in another uniform and possibly doing big things, come 2015.

In 43 career regular-season games, Hunter has carried the ball 262 times for 1,202 yards and a 4.6 yards-per-carry average. Those are starting-caliber numbers, and by all accounts, he's totally healthy. Hunter can succeed if he gets the football in his hands, whether succeeding means showing he can be a starter or that he should get carries as a backup.

As to whether or not he'll actually get the carries. The 49ers aren't generally keen on putting the football into the hands of untested players with regularity, and generally have a well-established pecking order. Even if Hyde or Lattimore are the starters of the future, smart money is on Hunter getting his chance to shine early and often over the first half of the season. That will be his opportunity.