Shaun Livingston should help the Warriors in myriad ways, but his contract places a potential burden on Golden State's future plans.

The Golden State Warriors are reported to have agreed a deal to sign Brooklyn Nets free agent combo guard Shaun Livingston to a three year deal for the full value of the Non-Taxpayer Mid-Level Exception. That amount -- which will be $16,631,175, if correctly reported -- is said to contain a fully unguaranteed third season, a way of mitigating against Livingston's career full of injuries. He is known for one injury in particular, but there have been a few, and as solid of a role player as Livingston has become, his reliability is an endless question.

The price paid does a fairly accurate job of reflecting Livingston's recent body of work to date. It is a healthy dollop bigger than the minimum salary Livingston received last season, but he was pretty much the savior for the Nets and highly underpaid for his work.

Save for a strikingly poor playoff performance, Livingston played well last season in an understated role, particularly on the defensive end. As an opportunity scorer and an occasional lead guard he provided a welcome antidote to Alan Anderson's all-guns-blazing approach. The $5.5 million per annum price is a touch high, but with only two guaranteed years, it cannot be too pricy. No two-year contract can be that bad.

Nonetheless, beyond the price lies two questions: who paid it and how they paid it. 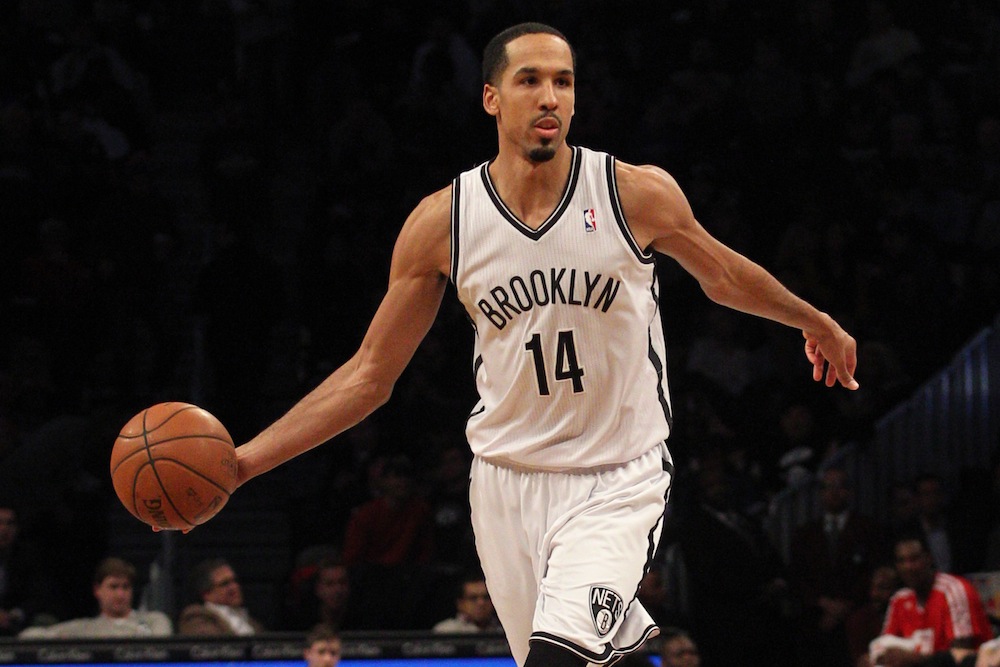 The first is not so much of a question on account of fit on the court. Livingston brings defense at both guard positions to a team that needs it, and ought to provide a strong defensive wing duo when matched up with Andre Iguodala. He cannot shoot, of course, but if any team can afford to have one non-shooting wing out there, it's the Warriors. When healthy, Livingston betters any team he is on, and a team that struggled so badly behind the brilliant-but-overworked Stephen Curry last season will feel the benefit of this more than most.

Last year, the Warriors tried out several options for their backup point guard spots. They started with Toney Douglas, but they caught him on one of the low ebbs of his remarkably inconsistent career, and he failed. They subsequently traded him in a deal for Jordan Crawford, who had been doing a decent job masquerading as a point guard with the Celtics, but upon arrival in the Bay Area, Crawford convinced himself he had walked into the Don Nelson era and reverted to his noxious shot-chucking ways.

Signing Livingston is going to create a bit of a hindrance in Love trade negotiations, both now and at the deadline should it all take that long.

They gave Kent Bazemore an extended run, but Bazemore is still only a specialist. So was MarShon Brooks, arriving in the Crawford deal. And when these latter two were eventually traded for Steve Blake, the normally dependable veteran proved strangely ineffectual. Golden State needed guard depth, combo guard depth, someone to run the second unit instead of Iguodala having to do it all the time, as well as one extra defensive wing player. So they needed Shaun Livingston the player to some degree.

It comes down to how they did it. Signing Livingston using the non-taxpayer MLE brings into play the 'apron,' the line found $4 million above the luxury tax threshold that acts as a hard cap if teams do certain things to trigger it. One such trigger is the non-taxpayer MLE. If you use that, you cannot then go over the apron. Chicago had problems with this in the 2012-13 season after signing Kirk Hinrich in this way, and they subsequently struggled to stay under it.

The apron is non-negotiable. You cannot go over it at all. It is not the like the salary cap (which is so easy to go over, everyone routinely does it) or the luxury tax (which you can go over if you want but at a cost.) It is a hard cap a team imposes on itself by certain actions. So if you spend up to the apron, then cannot field eight healthy players and need to sign another ... well, you're going to have to trade or stretch someone pretty sharpish. It is non-negotiable.

From LeBron to Carmelo to Lance, Tom Ziller has ranked the top prospects on this year's open market.

Every free agency signing in one place

There's going to be a lot of player movement in the NBA this summer. Keep up to date with all of it in this place.

Should they continue to try to trade for Kevin Love, then, they cannot go over the apron in doing so.

They can of course still trade for Love. This didn't end the pursuit. The apron is expected to come in at about $81 million, and the Warriors after this signing figure to be about $10 million under it. They knew this would be the case when they signed Livingston and still sought to do it, so presumably they are fine with the mild squeeze they are putting on themselves. The amount that the luxury tax threshold is set to go up is a very welcome relief for many teams who suddenly have the freedom below it and the apron to make a few dealings, and the Warriors are enjoying that wiggle room.

Nevertheless, they did cost themselves a bit of leverage. They cannot offer to be a dumping ground for Minnesotan contracts as much now. As ever, then, a simple signing has multiple repercussions. It does not make it a bad signing, but keep one eye on the big picture.