The ESPN3 Chronicles: Ultimate frisbee is a sport

Our tour around the world of things you can stream on ESPN3 brings us to tossing a disc around, a thing that actually has all the trappings of sportsdom despite you immediately thinking of your college buddy Todd. Hey, what's Todd up to these days?

Share All sharing options for: The ESPN3 Chronicles: Ultimate frisbee is a sport

When I think of ultimate frisbee, I think of two people: One is a long-haired stoner who quit the school's ultimate team because of the time commitment and made our intramural team good. Another is a friend who told the story of how he and some friends got high, forgetting his team's IM frisbee game, then being reminded of their game and destroying their opponent -- then facing the same team sober in the playoffs and losing horribly.

These perceptions are why most of us do not think of ultimate frisbee as a serious sport. We think of it as a glorified game of toss. We also may have discovered that weed is basically Frisbee Steroids.

Which is why it's surprising when you can see a live, semi-pro ultimate frisbee game streaming on ESPN3. It is also why despite all the makings of a real sport, it is sorted on ESPN3 under "games," right next to dudes playing video games, while football and soccer and hockey all get their own categories as sports:

What was very obvious from watching this is that every person associated with putting this game on the air was aware of this perception, and was making a concerted effort to erase it.

They fight this perception with meticulously kept stats: 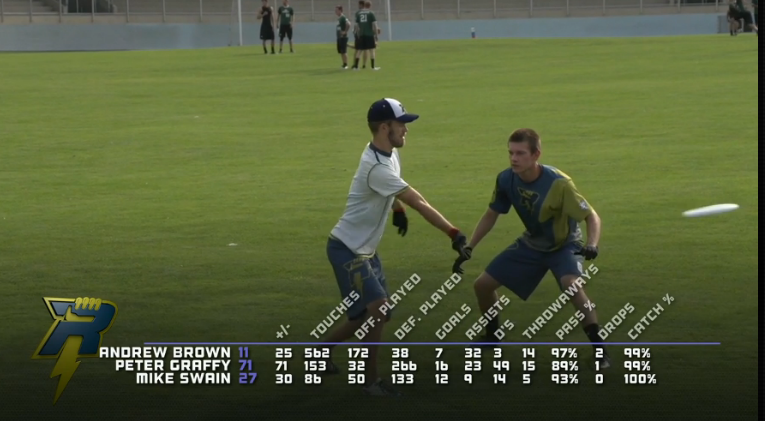 Someone is tracking every single pass made over the course of this ultimate frisbee league's season -- who threw it, who caught it. The disc gets thrown every few seconds. Over the course of a nearly hourlong game, I imagine it was thrown literally thousands of times. Whoever is in charge of Frisbee Synergy Sports is working overtime.

They fought this with suit-wearing announcers with mic flags: 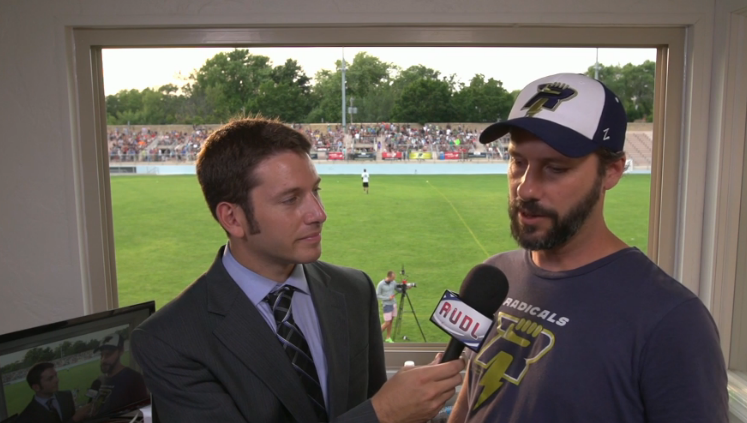 (I'll be honest: I screencapped this mainly in hopes that the screen in the bottom left would have an Inception moment, but alas, the screen on that screen is just out of the shot.)

Do not sleep on the depth and breadth of frisbee terminology and strategy talk. It is astounding.

They fight it with neat-looking graphics: 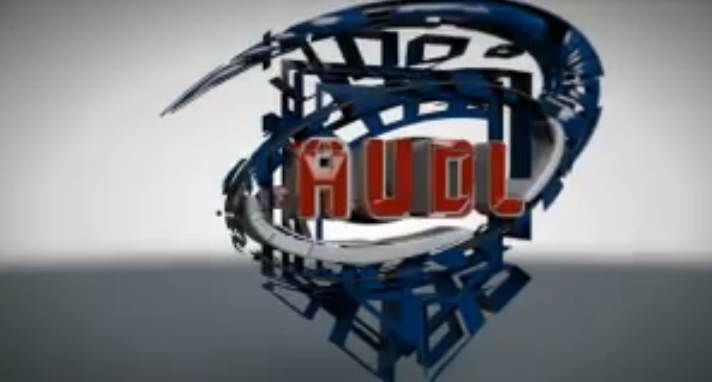 And most importantly, they fought it with cool, athletic-looking plays: 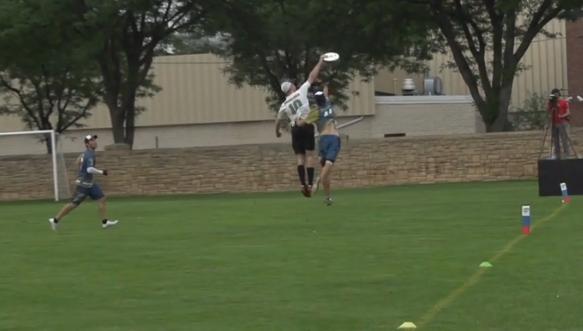 The ESPN3 Chronicles have gone off the rails

There are too many random things to watch on your computer this Saturday. Stay inside.

The ESPN3 Chronicles have gone off the rails

This game has something essential for sports: the suspenseful moment. The same way we hold our breath on a pass to a streaking wide receiver, or as a three-pointer heads rimward, anticipation rises as an attacker and defender sprint to get under a hanging, curling disc.

I guess what I'm trying to say here: it looked like a sport, sounded like a sport, and felt like a sport. That shouldn't be surprising: it is a sport. It has all the requisite casings of a sport: it requires impressive feats of athletic prowess, and there's all types of strategy.

But we walk into frisbee with a stigma of silly. And getting rid of that is harder than...

There is one alarming thing I noticed. Frisbee has G H O S T  F A N S 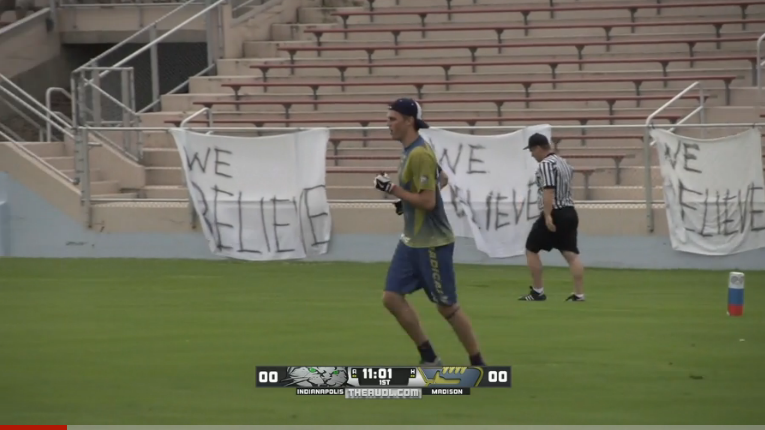 "WE, THE INVISIBLE GHOST HORDES, BELIEVE IN THIS FRISBEE TEAM"

This is just a particularly unflattering angle -- there actually were a relatively large amount of fans there, compared to what I expected. 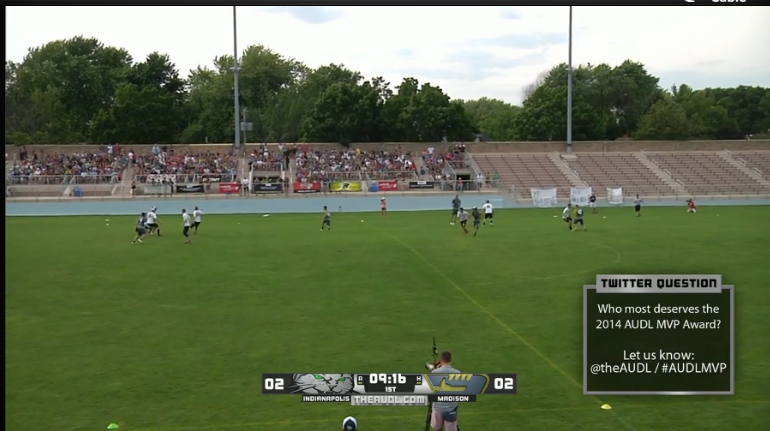 What actually happened is that whoever was in charge of Sheets With Writing On Them did a bad job of placing the sheets in that section where nobody was sitting. What we choose to believe is that ultimate frisbee has tapped into the elusive ghoul demographic, and should be saluted.

(Oh, and sorry for burying the lede: The Madison Radicals won and are headed to the Frisbee Final Four in Toronto.)

(Also burying the lede: "Indianapolis Alleycats" is a bad name)

The ESPN3 Chronicles: Finding the most random stuff we can watch