Love the Tour de France, the world's greatest display of country and will

The Tour de France is a stubborn anachronism among sports. Like its host country, you may love it or hate it, but you can't deny its unique place among the world's major sporting events.

Share All sharing options for: Love the Tour de France, the world's greatest display of country and will

PARIS, France — My cousin once told me something apt, and bear in mind he said it fondly — "they say le coq is the symbol of France because it's the only animal that still crows with both its feet in shit."

France is a beautiful country, but it's resting on its laurels. To go to France is to realize that someone has already done everything, so why bother. Its brilliant edifices have been left to rot, because it was decided long ago that nothing better would ever be built. Dirty cathedrals, decaying flower boxes beneath crumbling limestone beneath crackling mansard roofs — it's effortless poetry, somehow beyond improvement. The French are proud of their obseletion, content to watch their country fall into ever more beautiful disrepair.

The Tour de France is the sporting equivalent. It would function better if it had the conveniences we take for granted in most sports, things like a controlled course at a safe distance from spectators, or a precise scoring system that makes sense to the layman. But then it wouldn't be the obtuse thing it is, either beloved or bewildering depending on who you ask. Like France, you either "get it" or you tried and failed.

If you have no opinion, then it would behoove you to form one. That doesn't mean committing four hours each day for next three weeks. It does mean parking yourself in front of a television or live stream for at least one whole stage. Stage 5 and one of the most fearsome cobble stages ever featured would be a good starting point, or Stage 13 when the peloton enters the Alps. It's OK, too, if you make breakfast, do some cleaning, or do some honest work at your honest-to-god job, just as long as some significant portion of your capacity is devoted to Le Tour. If you can accept the defects that the Tour obstinately claims as features, you may fall for the things that make it unerringly loved.

A measure of will 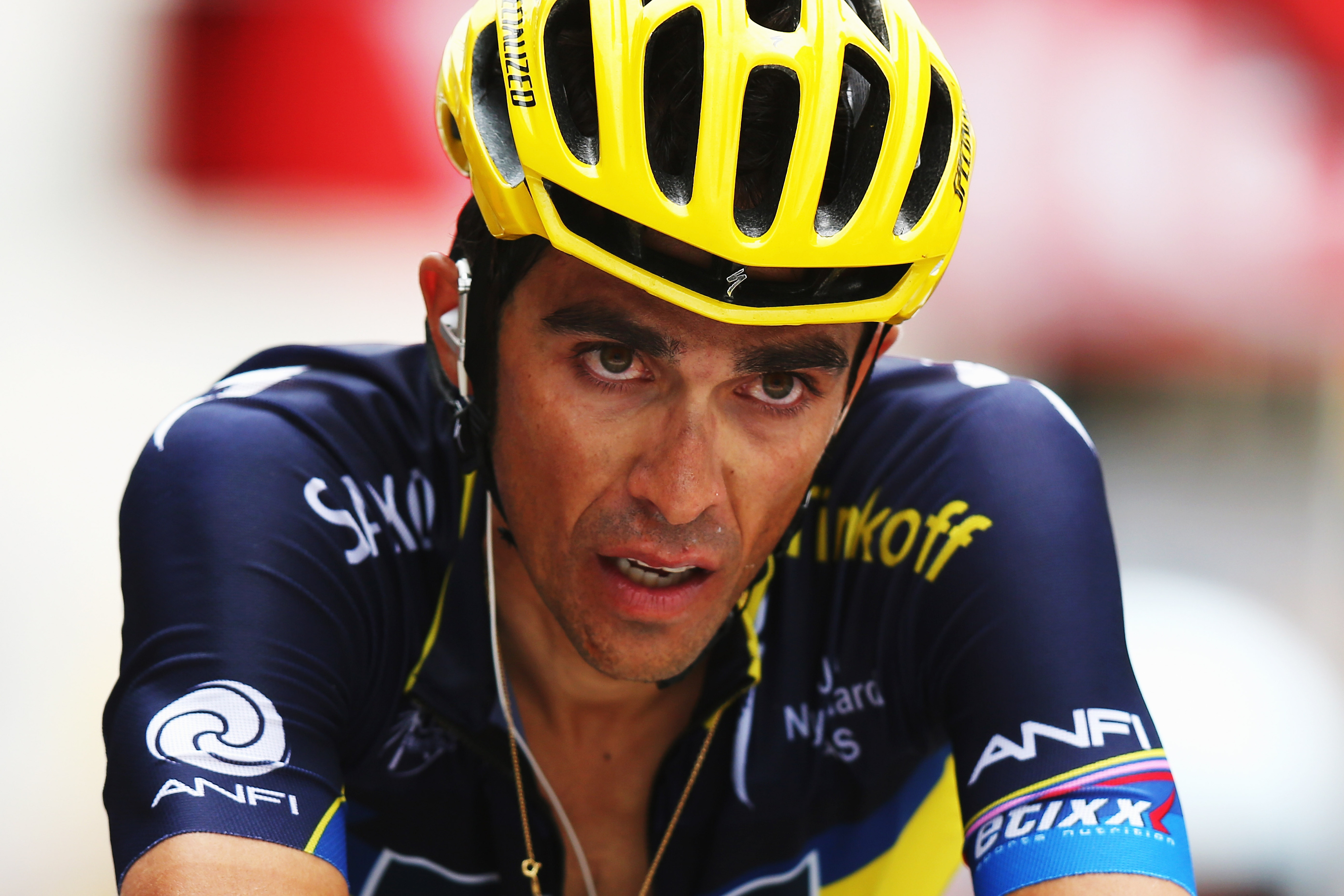 Alberto Contador at the end of an Alps stage in 2013. (Photo: Bryn Lennon, Getty)

The intensity of individual sport will make you a better fan, help you better understand the sub-level decisions that can spread virally through a team and destroy it. It's right there at the point of the breakaway, 60 kilometers from the finish when a rider has to decide whether to sit in the peloton or that yes, this is the hill he will die on.

And so, when he has made the decision to quit, he can't hedge his grief — it's his fault.

This decision always begins with a tentative surge forward. Tentative, because he has just contemplated his future. He has received a snapshot of himself cycling through an impossibly beautiful place — with trees above, a brook aside and surrounded by earnest well-wishers — in agony and shame. A million synapses fire at once, and they amount to a naked demonstration of singular force of will. It's breath-taking.

That surge is soul-rattling. The impending failure is endearing. On the latter point, when riders fail they don't let us down. At least, not to the extent they betray themselves. Cycling is a greater team sport than the due it's given, true, but just one man wears the Maillot Jaune, kisses the girl and waggles a plush Credit Lyonnais lion for the cameras. And so, when he has made the decision to quit, he can't hedge his grief — it's his fault. The failure isn't a bad Sunday afternoon, he won't be in good shape for the playoffs where Anything Can Happen. It's the sum of months of tailored training and calculation for the sport's crowns jewel — the Grand Boucle — come to a whimper.

Know that it will never mean more to you than it does to them, and marvel. 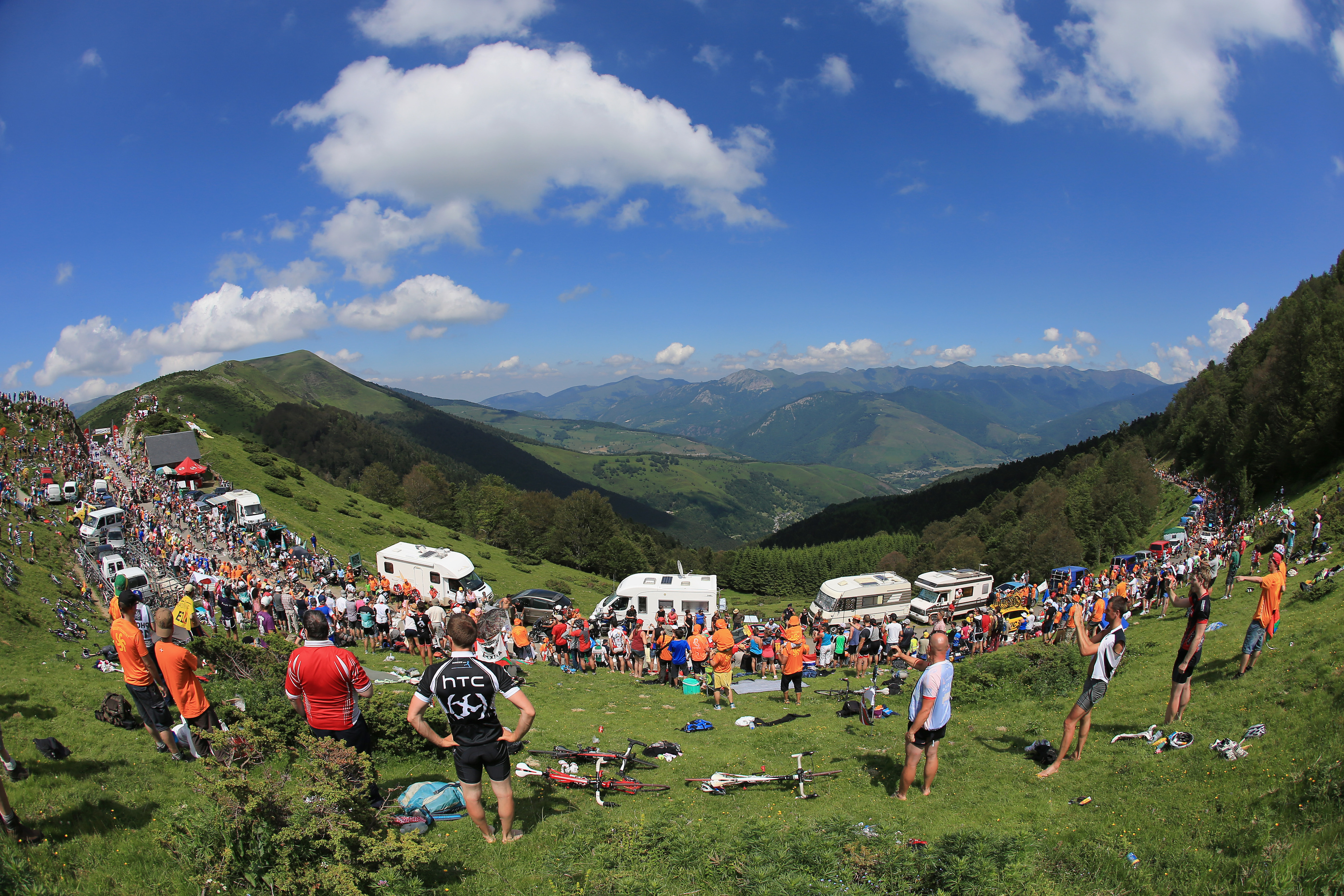 In some ways, this is the most overrated and underrated aspect of the Tour de France. It's the first offering given to non-fans who claim they need more action in their sports. That's a mistake, because one is more likely to turn on the race and see the peloton curving around a rond-point on a road somewhere in flyover country.

France has plenty of it because it is, in fact, a place occupied by humanity and all its needs for things like farmland, highways and cement factories. No, there are not enough pretty pictures to keep you strapped to your seat, unless you're type that reads coffee table books like thrillers, but you are liable to see something incredible if you are willing to invest the time — impossibly old structures standing impossibly, vistas off cliffs just over the side of roads serving as makeshift cycling track with no guardrails. "Rolling hills" aren't just the facile subject of pastoral paintings, they exist in the Périgord, where this year's only time trial will take place.

At another level, fan kookiness rivals that of the World Cup, perhaps even exceeds it because of the preponderance of butts. The roadside show is incomparable and, yes, doesn't get the due it deserves, because those who turn the channel briefly won't see a damn thing.

In this way, the Tour knows if you've been watching, and rewards those most loyal to it. There is no love that's halfhearted, not in the land of romance. You love it for what it is, for all it is, or you don't love it at all. The Tour de France has been going about its way for 100 years. It won't change for gross safety issues, the maddening stress it puts on riders, or the lip service it pays to the towns it devours along its path. The same mechanisms are in place that caused Johnny Hoogerland to take a horrific spill in 2011, or Lance Armstrong to be felled by a plastic bag held out by a spectator in 2003, or a bus to get stuck at a finish line last year, sowing confusion and altering times in a general classification that could be won by seconds.

The Tour de France is stubborn, and that makes all too much sense for France's biggest sporting stage. It stands with the country, crowing though all is fetid around it, flashing its plumage proudly.