Tour de France is the best sporting event in the world

Share All sharing options for: Tour de France is the best sporting event in the world

PARIS, France — I cracked a bottle of wine to write this. It's a 2012 Bergerac — Chateau La Grande Borie — which may or may not mean something to you. Saying it's a 2012 Bergerac doesn't tell you much, necessarily, just like stamping "PARIS, France" at the front of an article doesn't make the author an authority on France, or the Tour de France, or most especially wine. The wine would have tasted fine without a label, and these words could have been tapped all the same in SPRINGFIELD, Indiana. It's good wine, though.

Ten days ago I sat down in an empty press room lost and mostly unsure of what I was doing, and so I stuttered out a lot of words on an oeuf meurette. It was OK.

The life of a Tour de France super fan

On Paris and farts

On Paris and the Tour de France ... and farts as an allegory.

Now I'm sitting at a desk feeling roughly the same. There was a moment when I thought these last 10 days were agonizingly long. At this moment, it feels like they've gone by disturbingly fast. In another moment, I may feel something else, so I don't blame you for questioning whether you should take what I have to say seriously.

But I promise that what I'm about to say is something I truly feel. And what I have to say is this: The Tour de France is the best sporting event in the world.

No one was huffy about play calling. No one got in a snit about the refs. I went to a sporting event, and no one was emotionally chain linked to the outcome.

The effort is the attraction. To attempt the Tour de France as a rider means you care far more than any nonparticipant could. There are sponsorships waiting, but not mega-millions. And the stakes are personal. Riders are not part of larger machine that could function with a broken cog.

Success can be defined so many ways in the Tour de France. There is the obvious, of course — yellow, green, white, polka dot jerseys; stage wins, team success — but then there's simple survival. Everybody rode the Champs-Elysees happy to have finished three weeks of doing a very difficult task. Each team ended their time with a "victory" lap around the Champs-Elysees to give out autographs and soak in the atmosphere for a final time.

That's TWO daughters on a bike. Still can only ride no handed for like 10 seconds. pic.twitter.com/aFLirXulc8

After that, they went back to their buses to go home. Most were reluctant to go. FDJ.fr held a toast for 24-year-old Thibaut Pinot and his third-place finish, and invited seemingly everyone in the vicinity to take part. The Trek bus was the last to leave, because 42-year-old Jens Voigt was too busy signing as many autographs as he could after completing his final Tour de France ever. When he was called to the bus one last time, he smiled, said "I have to go" to 10 waiting fans, then jolly-trotted to his waiting teammates.

The goal was to find out who goes to the Tour de France, and why. The inexorable conclusion was that it makes everyone happy.

The Tour de France is a celebration — we're just excited to see the thing happen. Even if we have our rooting interests, we don't need to give ourselves to them with apocalyptic abandon. We don't identify with anyone, necessarily, and thus we're free to assume the identity of whoever we please. Each day is its own celebration, with the full potential for joy should we choose to pursue it.

Or heartache in the case of Jack Bauer, who was distraught after being caught in the final 50 meters of Stage 15 after nearly completing a breakaway to secure his first ever stage win. Or awe in the case of Andrew Talansky, who somehow made the time cut on Stage 11 despite riding alone through excruciating back pain.

The Tour de France has the potential to make us feel however we would like to feel at any particular moment. We can be whoever we want in its glow. I don't know who I wanted to win, but I was glad it was Vincenzo Nibali as I stood on the Champs-Elysees with a bad view of the podium and surrounded by singing Italians.

... most especially the fans

Because I cannot fathom a better live fan experience. Say what you will about the cycling itself — it's fine to not like something — but no other sporting event would dare offer the level of access that Tour de France offers, and for free no less. It's a courtside seat in a mountaintop arena, and afterward there is nothing stopping you from talking to your favorite athlete in front of his team bus. Most are willing to say hello if you're friendly enough. No press pass needed.

The Tour de France occupies the sweet spot of popularity — it's not so big to need to brush back fans, but it's big enough to put you in awe of it. Fans are still an integral part of why it's so successful, and so the incentive is to make them happy.

The day that changes will almost certainly mean the end of roadside RVs and men dressed as Baywatch lifeguards helping riders up the Pyrenees. That day doesn't appear to be coming any time soon. 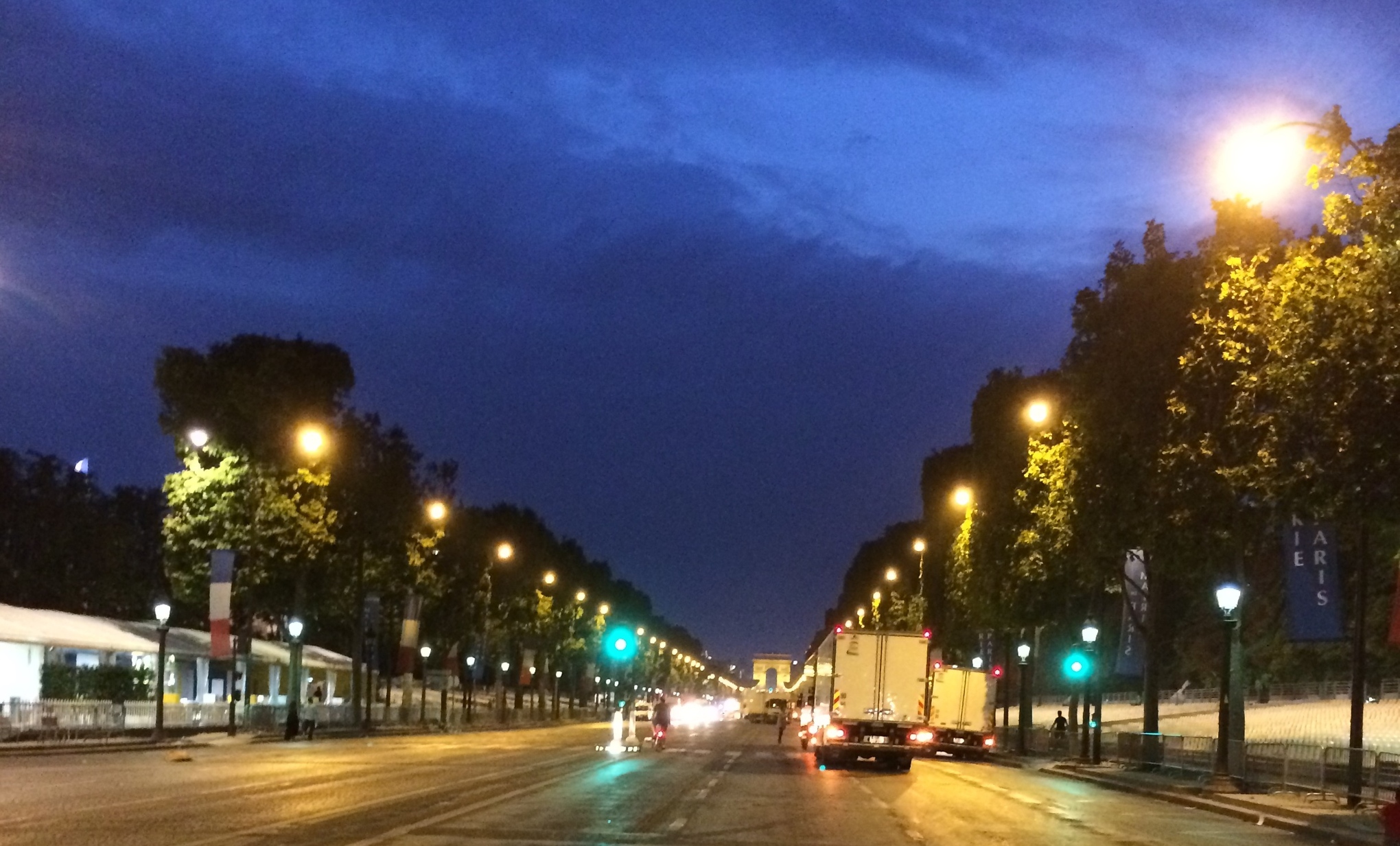 If you're considering the trip, and have the means, don't hesitate any further. Find a way if you think it may mean a lot to you, because it will exceed your expectations.

And go with somebody. You will want someone to reminisce with in the immediate aftermath of each stage. Cyberspace won't be enough, no matter how much you pour your heart out.

Money is an issue, but bear in mind that admission is free, and you can bring in your own concessions. If you smile at your neighbors or are resourceful when the caravan drives by, you can eliminate the food expense, too.

And sometimes, if you ask nicely, people will just send you there. Tell them you don't know what you exactly want to do, but that you think it will be important. Overstate your case by saying you know a little about cycling and your French is great. Sometimes that's enough, and if it is don't forget to say thank you. A million times thank you. Thank you for sending me to a grumpy, fussy, beautiful country that is as proud of its identity — and by extension, its bike race — as any in the world.