SPAM. That is the layman’s portmanteau of Speculative Ham, a multiple-use product from the Hormel Foods Corporation. Originally discovered in veins deep underground, natural spam ores are derived from tremendous Cretaceous-era scaled hogs who died near plants that secreted a primordial preservative ooze. Over time, this slurry of proto-pork and gelatin would become further covered in debris, and the intense pressure caused by tectonic shifts compressed this organic matter into dense, rectangular ingots. Discoveries of naturally occurring spam veins and resultant mining by Roman legions in the second century A.D. led philosophers of antiquity to marvel at its buoyancy, elasticity and near invulnerability. Every child in school is taught that 80 percent of the Roman fleet waged war with spam-hulled galleys known as the fearsome Jigglus Meatis.

Soon, spam fell out of favor in shipbuilding for heartier alloys made of beef or poultry. It fell into irrelevance for centuries as mankind simultaneously entered the Dark Ages. Then, out of the dreary utilitarian proteins of Medieval times came an origin spark of a grand provenance. Noted 17th century British swine enthusiast Francis Bacon, having already invented the legendary breakfast staple bearing his name, surveyed the ruins of a lost Roman spam mine. He enlisted the aid of invaluable partner and entrepreneur W. G. Hormel, who, upon examining a sample of the precious and ancient cubed boar, began postulating the myriad tasks for which one could employ such a unique meatbrick. He quickly ramped up mining and production and distribution took off as mankind embarked upon what is now known as the Enlightenment. Nearly three centuries later, a now-industrialized society began delivering this once-rare luxury good to the common family. Without spam, the world may never have thrown off its yoke of ignorance; it is a debt that mankind will never truly be able to repay. W. G. Hormel’s prophetic vision is why we today enjoy the luxuries that such an adaptable and versatile meat affords us.

Where would we be today without the ever-present spam? It is water and impact resistant, burns coolly and evenly, and even ships inside its own set of armor plating, should you need to take it into a hotly contested war zone or chuck it through a window. The most heralded property of this vaguely rhomboid pigflesh is its ability to self-seal any puncture. From tires to soldiers’ vests to simple bathroom caulk, this transformative asset that kept the Roman ships afloat also ensures that your milk cap seals tightly on the jug.

Still, what can you really use a brick of spam for? How can it compare to advanced modern compounds? The following is just a small window into the wonderful usage of this pliable congealed meat:

In addition, spam is known to be safely flammable, which makes it the perfect fuel source for candles, stovetops and grills. In great quantities, enkindled spam can be a viable energy source. Who knew that we could power our world simply by digging into the ground and extracting a probably endless resource? Observe! 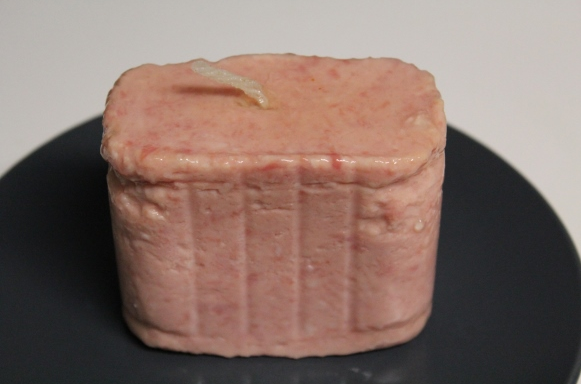 Here we have a completely undoctored unit of spam. We have lovingly separated it from the aluminum protective shell and inserted a simple wick. Now, let’s turn down the lights and set this meat aflame: 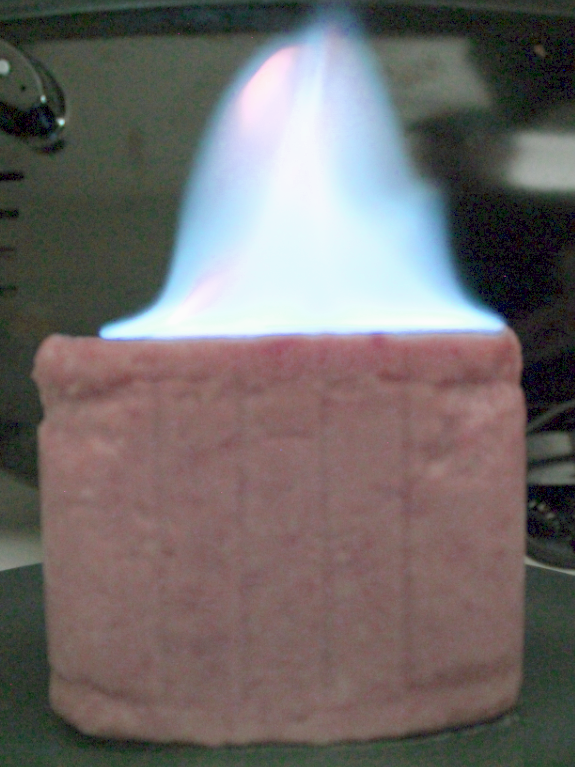 As you can see, the spam burns with a distinctive blue hue. It’s not uncommon to hear a slight crackle as the meat yields its precious natural oils to the fire. In addition, the smell of a common spam candle (spandle) has been likened to microwaved pork rinds or a garbage pit on a midsummer’s day.

It’s important to note that while spam is useful as a daily fuel, in vast quantities burning spam can lead to a large metropolitan "spog" haze. Left unchecked, these turgid vaporized meat clouds can result in condensation and destructive "hamfall" – rapidly descending pork from the heavens – that can damage persons and property alike. Last year, the State of California attributed 25 deaths and 85 million dollars in damage to skymeat, causing leading politicians to openly question society’s reliance on this abundant, gelatinous fuel.

As with any natural resource, it’s important to exercise moderation. Spam’s performance in daily life is unmatched, but an over-dependence can lead to environmental concerns, and consolidated political and financial power for Big Jellymeat. For these cautionary reasons, we will deduct half of a point and award a score of 9.5 out of 10 for performance.

Artistry and spam need no introduction. Go to Milan and you’ll see models trotting out the latest spam-based footwear. In New York, you’ll be amazed by pink purses with the finest meaty sheen. The properties that make spam so valuable in manufacturing translate perfectly to the creative world. The same fleshy substance in a bulletproof vest that protects a soldier in war is keeping a debutante’s feet dry in a torrential London downpour. Pliable enough to shape into almost anything, but resilient enough to withstand hurricanes, spam has been used throughout the ages as the medium for sculptors, architects, tailors and designers. Recent excavations in Turkey have unearthed entire city blocks of the ancient city of Conspamtinople, a bustling meat-based civilization that suffered greatly from the fall of the Roman Empire, and changed its name to Istanbul to conceal its greatest secret: untold reserves of natural spam. Seen below is one of the great walls of the city, as reimagined by an artist today: 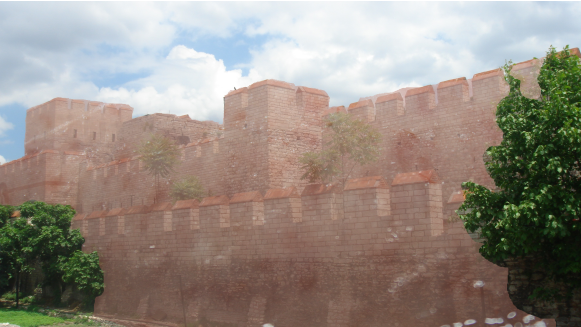 Great monuments were built and great works of art were constructed in this age of antiquity, and these relics have always been highly sought after by the world’s foremost spam collectors, or "spammers," as they came to be known. Because the works were so rare and buyers so plentiful, lengthy treatises promising vast wealth in a short amount of time would be sent to entire cities at once, frequently overpromising and using grand language to convince those in possession of said works to sell at a fraction of actual worth. Residents eventually would ignore these notices and deposit them into a communal bin known as a "spam filter." However, to this day remain apocryphal stories of a great cousin’s servant’s aunt who dealt in art for only an hour a day within their home to earn a vast fortune.

Of course, as with any priceless resource, there are always illicit forgeries. Rival companies have introduced inferior materials into the black market with street names like "Treet" or "Luncheon Loaf." Beware of items that seem too good to be true, or your fashionable spambrella may tear asunder in a storm and you will be left in the rain holding useless meat.

Because of its stellar history as a medium for generations of artists, it goes without saying that spam uniquely defines style. However, with the recent influx of knockoff ham and a growing distrust in authenticity of items, I am forced to award spam only a 9.75 out of 10.

Spam is inarguably the touchstone of mankind’s achievement. Without it, where would we be? Living in ramshackle beef huts? Still ensconced in a feudal system where your worth is solely based upon how much money you can make your tyrannical employer? There’s no question that every advancement we’ve made as a society can be directly traced back to a bunch of dead pigs and some plant matter. That’s why I have to assign spam a 9.6 out of 10. Why not a 10? It has one minute imperfection: I was once told by someone – a fool, clearly – that you could eat spam. Why would you ever want to do that? It tastes awful. 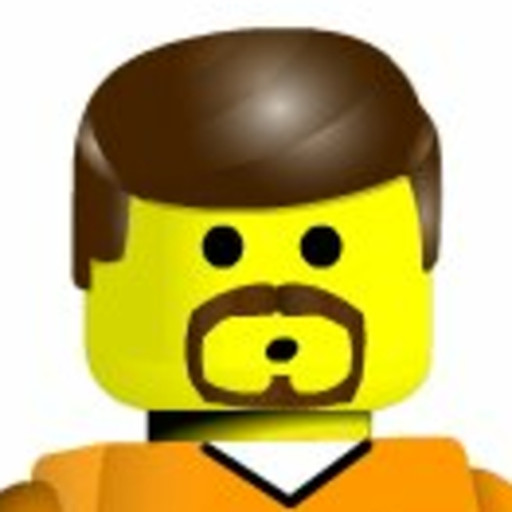 Spilly was the unholy spawn between a cheese wrapper and a box of Ecto Cooler. He spends his days hiding in shame from grocery store clerks who wonder why he only has 3 jars of pickles and a tub of Spam in his basket.