A daughter's quest for Canton

Green Bay Packers legend Jerry Kramer does not need to be in the Pro Football Hall of Fame. His daughter, Alicia Kramer, needs it badly.

Share All sharing options for: A daughter's quest for Canton

Alicia Kramer, 41, always has a mouth to feed or a phone call to answer between caring for her one-year-old son Charlie and working as manager for her father, Jerry Kramer.

The most important call is the one yet to come -- the call from Canton, Ohio, and the Pro Football Hall of Fame. Canton is the final destination for many of the game's greats and a cruel tease for deserving others, a place of celebration and a source of longing.

Jerry, a famed right guard from 1958-68 with the Green Bay Packers, is 78 years old. His accolades include five NFL championships, five first-team All-Pro selections, one second-team All-Pro honor and being named to the All-Decade team of the 1960s. He was also the kicker in 1962 for Green Bay, booting three field goals in that year's title game to defeat the New York Giants, 16-7.

Kramer was the lone guard named to the NFL's 50th Anniversary team, the only member of that group without a bust in Canton.

Many former players and others close to the game believe Kramer is already in the Hall of Fame.

Alicia recalls a recent time when NFL commissioner Roger Goodell once asked Jerry why he does not attend the annual Hall of Fame festivities. When Jerry told the commissioner that he was not in the Hall, Goodell was stunned.

Former teammates and other players have campaigned publicly and privately to get Jerry a gold jacket. But Jerry refuses to ask for inclusion. Instead, his daughter forges ahead out of love, hoping to see her father walk across the stage in Fawcett Stadium before it is too late.

There are 257 NFL players enshrined at Canton, including the class of 2014. More than 20,000 men have been part of the league since its inception on Aug. 20, 1920. Roughly one percent of those men make it far enough to be immortalized in bronze.

Whether or not we make it, I want to know I tried everything.-Alicia Kramer

Alicia was born after her father retired. She came to realize the greatness of Jerry's gridiron days through his memorabilia, which was tucked away in dusty corners of the garage.

"I have worked with my dad pretty closely as a manager and at some of his speaking engagements, and some would announce him as a Pro Football Hall of Famer," Alicia said. "After that was done he would say he hated correcting them ... To me Dad is just Dad, but the more I saw his life and realized his career and accolades, I realized he deserved to be there."

For many fans and media members of yesteryear, they have their own theories on why Kramer hasn't received a football player's highest honor.

"There were so many players on those Lombardi teams that were recognized for their greatness and the Hall of Fame was only five years old (at the time of the last Lombardi-era championship)," said Cliff Christl, Packers historian and a Hall of Fame voter for 13 years. "At that point, to be perfectly honest, what was the criteria for a Hall of Famer? I don't think anybody knew. They were basically only inducting players from the iron man era." 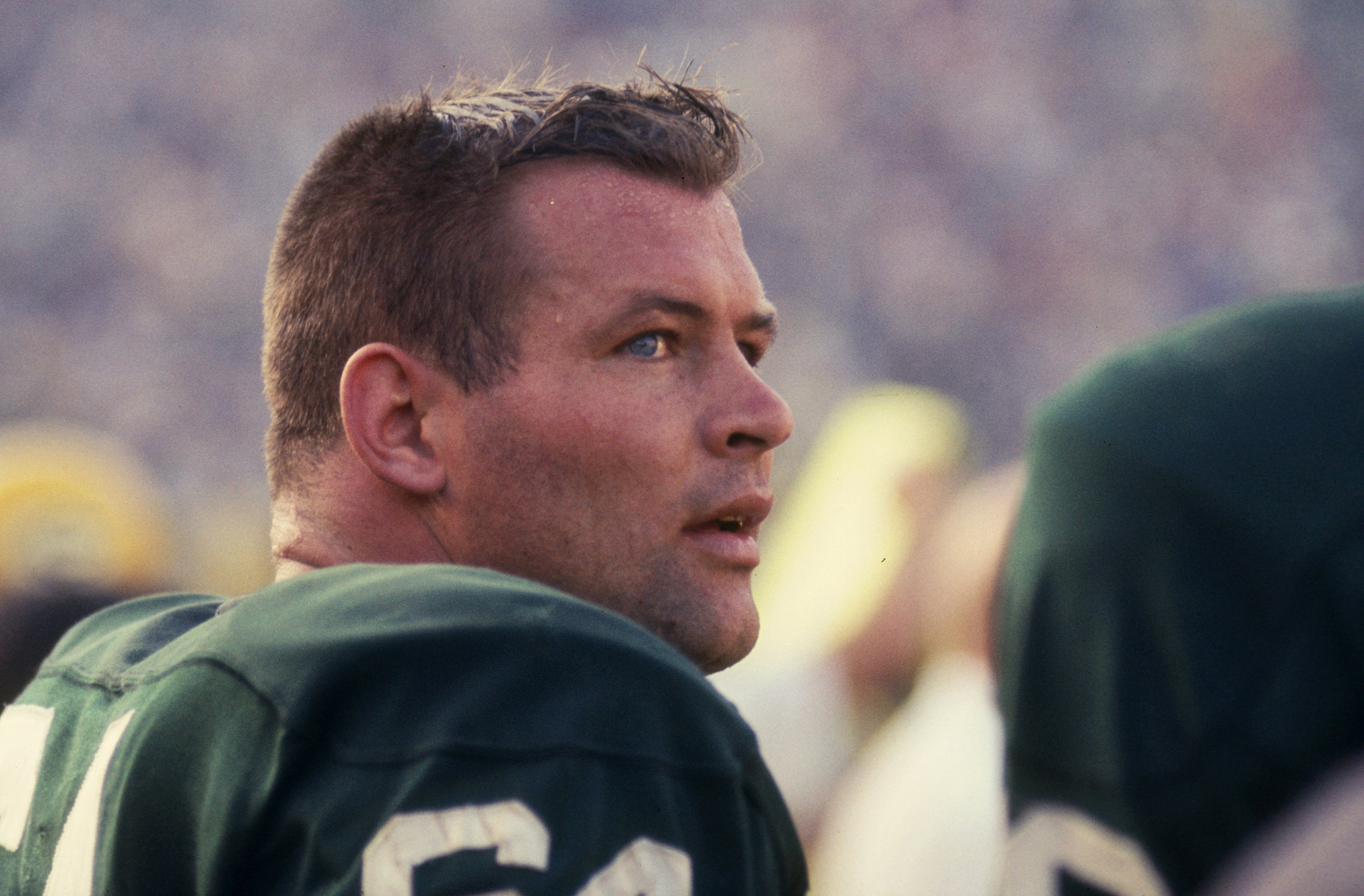 For 10 years, Kramer came up as a finalist and was denied the honor, the most anyone has been a finalist and not been inducted. Jerry finds himself at the mercy of the senior voting committee. The nine-member panel reviews 80-90 candidates -- retired for 25 years or more -- each year before whittling the list down to 15 finalists. A rotating group of five senior voters select two finalists each year with the help of two players who are already enshrined.

Those two finalists need 80 percent of the vote from the overall panel of 46 people for induction.

Kramer's main obstacles have been the numbers game and, ironically, his former teammates. Few will argue that Kramer is not a historically great player, but was he the best lineman on his team? Was he propped up by other players next to him? Those questions have haunted Kramer's candidacy.

There is not another Hall of Fame player at the position who accomplished what Jerry and Bob did. I don't know what you have to do to be more qualified.-Bart Starr

For most Packers fans who witnessed that era, no memory is more vivid than the Packer sweep. Kramer was often out front while Paul Hornung and Jim Taylor followed. Hornung and Taylor are both enshrined in Canton, and probably would not be without contributions from Kramer and fellow offensive lineman such as Ken Bowman, Jim Ringo, Forrest Gregg, Bob Skoronski and Fuzzy Thurston.

"Kramer and Skoronski need to be recognized by the Pro Football Hall of Fame," said Bart Starr via email. "They held key starting positions for a team who won five NFL titles! Jerry and Bob consistently made the plays that directly contributed to those titles, period. There is not another Hall of Fame player at the position of right guard or left tackle, today or before, who accomplished what Jerry and Bob did. I honestly don't know what you have to do to be more qualified."

The other indelible image comes from the 1967 NFL Championship, the Ice Bowl. On New Year's Eve, players from the Dallas Cowboys and Packers awoke to temperatures of minus-15 degrees. Before the game was over, the wind chill would reach -57. No game has ever been played at a colder air temperature.

Kramer has five rings to choose from, but he chooses the ring earned that season, in large part on that frigid afternoon. 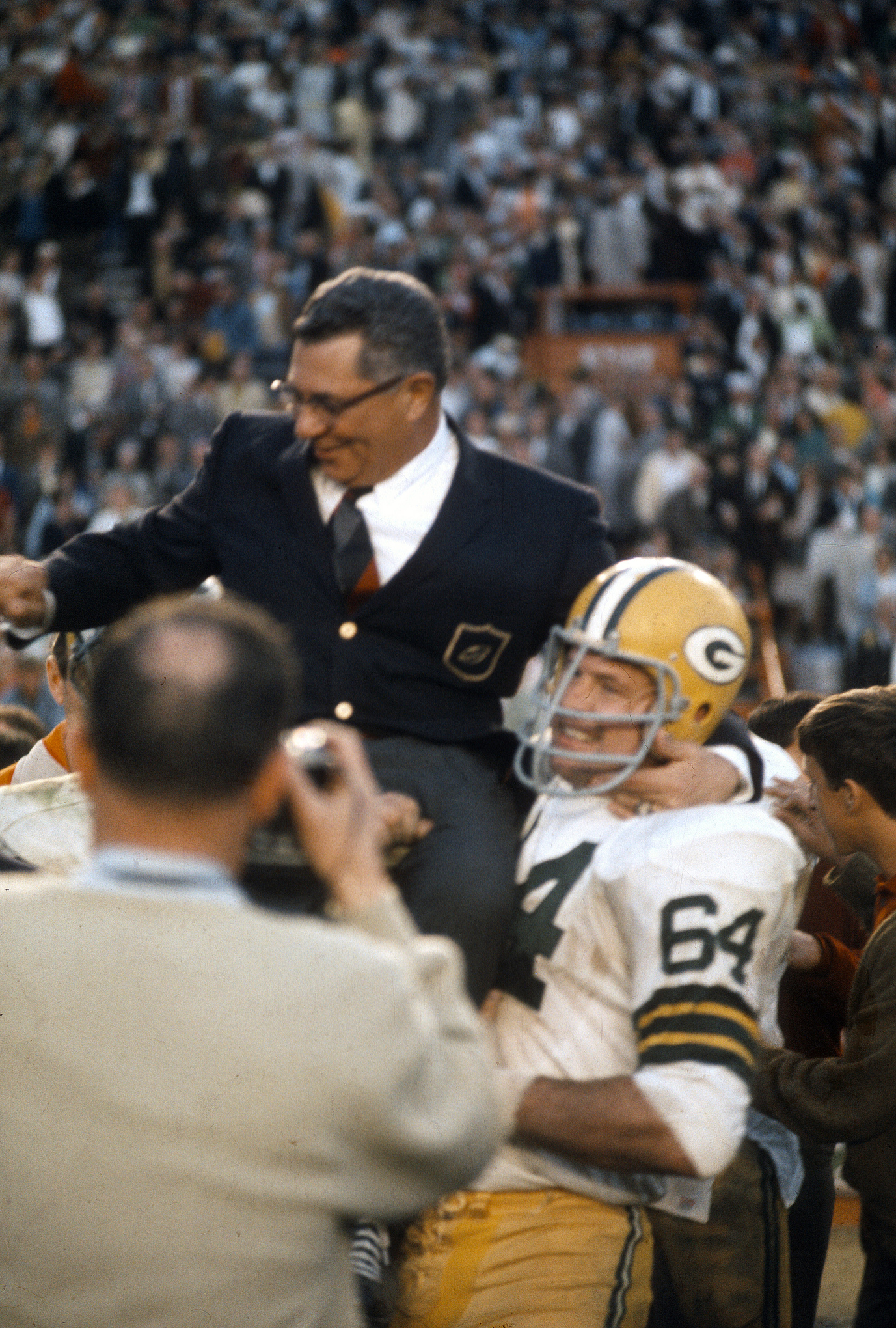 Her father is 78 and in good health, but time is a factor. Alicia acknowledges that both Jerry and their family have enjoyed tremendous lives, a quality that will not change with or without a call from Canton. Still, it's a sore spot and a source of angst.

"I just really hope that they give it to him before he passes."

She hears all the rumors and knows the game. Getting into the Hall of Fame is as much about politics as play on the field. A loud contingent of supporters with deep pockets can help in the voting process. Alicia has offers from two groups to help fund Jerry's candidacy, but she refuses to campaign that way.

Derrick Brooks made it look easy

For 14 years, the Tampa Bay linebacker was the master of his craft.

Kramer played on a small-market team throughout his career at a position without individual statistics that make an argument easy for his inclusion. His candidacy relies on passing the eye test, with much of the original game film long gone.

There are ex-players who don't want to get involved. Troy Aikman politely declined to back him because he was already pushing for ex-Cowboys and did not want to cause tension by helping a Packers legend. Aikman is only one example of many.

There are also the staunch supporters. One player, whom Alicia would not reveal the identity of, was so enraged that Kramer was not in the Hall that he offered to have his attorney send a letter to Canton of Kramer's behalf.

Alicia hopes that Jerry's career and her actions will speak for themselves. If they don't, then so be it. The family will still travel to Green Bay and be adored, to the point where even Alicia is recognized and asked for autographs.

It takes the kind of dedication that would have made Lombardi proud. During one radio interview two years ago, Alicia actually fought through morning sickness on national airwaves, continuing the conversation with three million people listening.

Alicia presses on with a loud voice in her head, a man she never met but knows intimately.

"I have been raised with (Vince) Lombardi's values, I couldn't escape it, not that I wanted to," Alicia said. "I had to listen to Lombardi preach through my dad. When he didn't make it years ago, it hurt, I was kind of crushed. But I heard Lombardi saying you have to keep going, you have to keep trying ... it has become something that I am driven to do. Whether or not we make it, I want to know I tried everything." 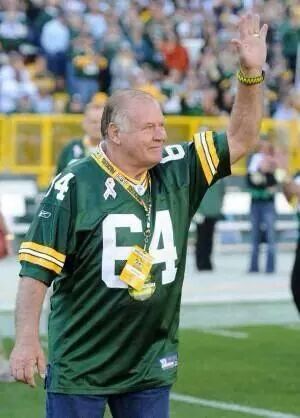 When reached on the phone, Jerry Kramer is hesitant yet warm. He is more than happy to talk about glory days and past conquests. He makes one thing very clear: he does not want to campaign for a Hall of Fame vote.

"I can't help but feel good about what (Alicia) is doing, but the game has been very, very good to Jerry Kramer. It has been a wonderful experience with incredible teammates, coaches. I've had incredible recognition. In the last three or four years I've been on the Packers all-century team and named one of the top 10 Packers of all-time ... They are still giving me honors and applause. It is 46 years since I stepped on the field. It is stunning they still honor me with those things. How can I be pissed when they don't give me one honor after giving me thousands? I feel like you would be a pretty small person."

Alicia believes her father understates the importance the honor would have for him.

Jerry talks mostly about Lombardi and his pride that spans from football to family. He speaks of former teammates, the moments that assured victory and what the city and people of Green Bay mean to him. Jerry tells stories. He laughs, he curses, and most of all, he takes us back to a time that seems magical.

At the end, Jerry answers the question of what it would mean to become a Hall of Famer.

"I've kind of tried to stay away from that. I haven't allowed myself to consider it. I drove by Canton and the Hall of Fame going to an autograph session and I almost stopped and went in, but then I said ‘I won't go until I'm invited in.'

"Obviously, there would be a great sense of satisfaction and completeness. I would be part of that great group of players and people. It would be the final stamp of approval. I think it would mean a lot to me and my family. I think I would look up and say ‘Coach, we finally got here.'

"Alicia got like 50 or 60 letters from guys who have backed me for the Hall of Fame. I think that means more than actually going in. (Bob) Lilly and Merlin (Olsen) and Alex (Karras), and all the players who have stood up and said ‘Jerry belongs.' I think I would rather have that and not be in, than be in and have people think I don't belong."

"I think it would be the cherry on top of his ice cream, I really do," Alicia says. "He worked so hard and dedicated his life to football, and really it has never changed. ... To be recognized by the people at the very top and be immortalized in a way would make him feel like everything is worth it, that he did matter."

At the heart of this, is a child wanting to give her parent an incredible gift.