Even Aeneas Williams' forgotten years in St. Louis were great

Share All sharing options for: Even Aeneas Williams' forgotten years in St. Louis were great

1. The problem with free agency isn't the money. Same with trades, or any route teams take to bring in veteran players to beef up the roster. Problems arise because teams led by short-sighted general managers or hobbyist owners approach it like a cure-all, an exciting, expensive and quick way to fix a broken team.

But sometimes a team hits the jackpot. They find the right player at the right time to complete the picture.

2. Aeneas Williams filled in a massive blank spot for the St. Louis Rams in 2001. The Greatest Show on Turf was still humming along, scoring points at will, but the defense had gone from one of the league's five best during its 1999 Super Bowl run to the second worst a year later.

3. The overhaul started with Lovie Smith. Well, it actually started with trading a disgruntled Kevin Carter, the sack master from previous seasons. Smith had plenty up front though with Leonard Little and Grant Wistrom. What they needed was a cornerback for Smith's famous Tampa-2 defense, a replacement for Todd Lyght. 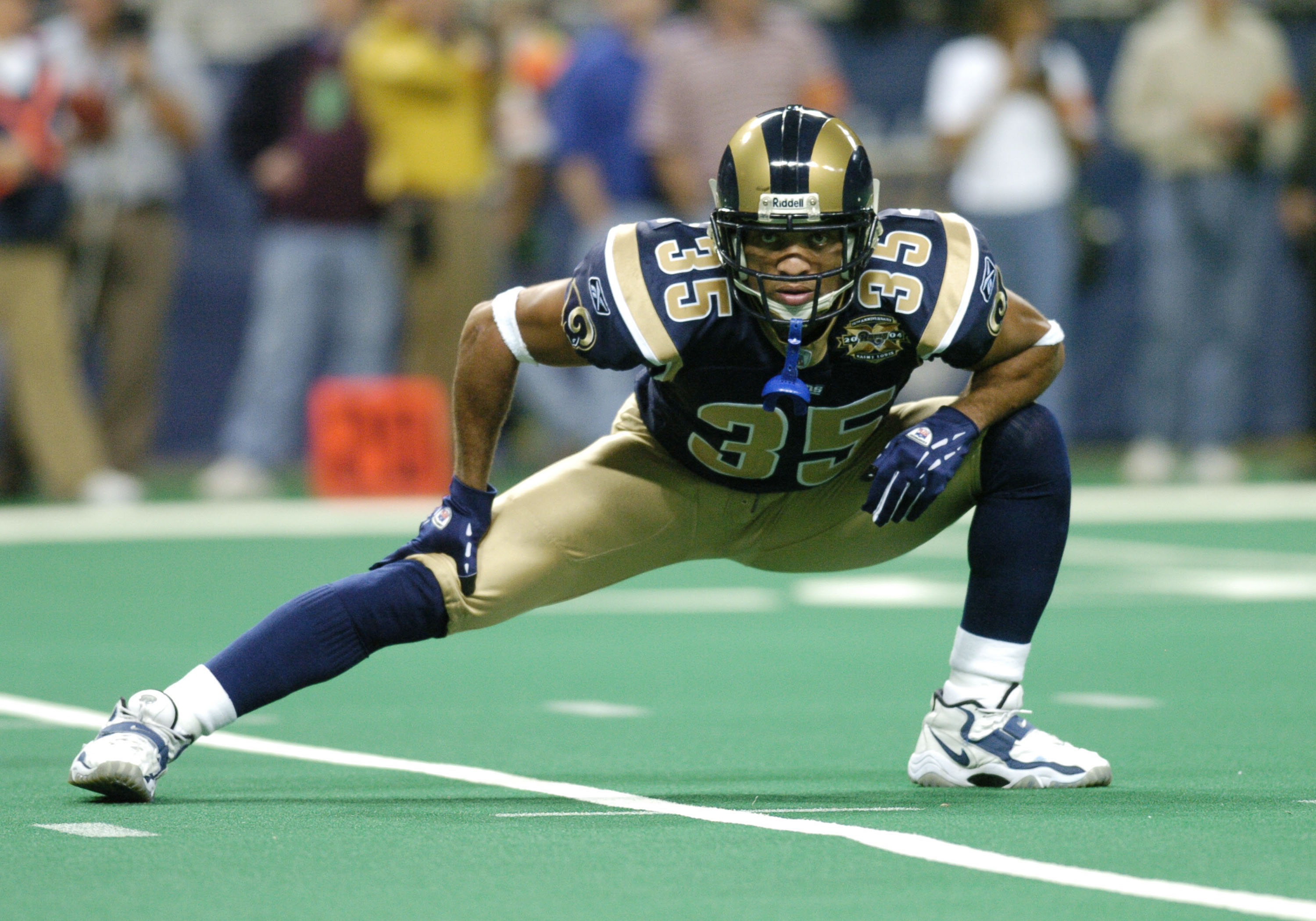 4. I was excited when I heard that the Rams had traded for Aeneas Williams during the draft in 2001. It was a deal with the Cardinals no less, the team that had forsaken the city almost 15 years before that. It still burned enough that you hoped the Rams were getting the better end of the deal, if only to spite the Bidwills.

5. Williams did not disappoint. He contributed four interceptions, two touchdowns and one of the best seasons ever for a 33-year-old cornerback. He was a natural fit for what Smith was doing with the defense, and that showed itself on the field. The Rams allowed just 17 points per game that season, helping to push them to a 14-2 record and another trip to the Super Bowl.

Sure, that season's story still centered on Kurt Warner, Marshall Faulk and the Greatest Show on Turf, but they would never have had the chance to be denied a second Lombardi Trophy by Bill Belichick's video camera without Smith and Williams and the overhaul of that defense.

Aeneas Williams gave an impassioned speech at the Hall of Fame ceremony on Saturday.

6. The Rams started on their path back to irrelevancy after that season. Warner got hurt. Mike Martz and the front office upped the dysfunction of their bureaucratic turf wars. Williams, who turned 34 a few days before the Rams lost Super Bowl XXXVI, started to show his age. He played in just six games that year.

Three years of forgettable draft picks left the roster without any capable replacements for the aging veteran. The front office had strayed so far from competency by 2002 there really wasn't much to be positive about except for whatever life Marc Bulger could inject into the offense. They kept bringing in veteran players the way did with Williams in 2001. It didn't work. They had enough offense left to put together a winning season in 2003, something the Rams haven't done since then.

7. Williams moved to free safety for the last two years of his four-year stint in St. Louis. He even made another Pro Bowl in 2003, but it just wasn't the same. Williams had enough talent to be great for one season with the Rams and above average for the rest of his time there.

If the only thing you saw up close were his years in St. Louis, it's easy to overlook just how great of a player Williams was during his prime. Then again, those four seasons are a subtle testament to the Hall of Famer's ability when you consider that he was in mid-30s as a Ram.