Welcome back to Lost Franchises where we remember the teams that no longer exist. Today we take a look at the Seattle Metropolitans, a team that won a Stanley Cup in an era that pre-dated the NHL.

When it comes to expansion or relocation, Seattle is one of the most talked about cities to be the newest NHL city.

If it ever comes to fruition, it won't be the Pacific Northwest's first crack at professional hockey. That honor belongs to the Seattle Metropolitans, a team that played in the Pacific Coast Hockey Association between 1915 and 1924 and was the first team in the United States to win the Stanley Cup.

For this one, we have to go all the way back when professional hockey was still in its infancy, before the NHL as we know it today came into existence.

The PCHA: The league that changed the game

Even though the NHL did not exist until the 1917-18 season, there was still professional hockey being played in the early 20th century. The two most prominent leagues were the rival National Hockey Association (which is the league that would eventually become the foundation for the NHL as we know it today) and the Pacific Coast Hockey League.

The PCHL, which was initially made up of only three teams, had made an effort to sign as many players away from the NHA as it could. Among them was hockey Hall of Famer Newsy Lalonde, who spent one season playing for the Vancouver Millionaires and scored 27 goals in 15 games.

The teams of the PCHA

The Millionaires in 1914 (via Wikipedia)
When Seattle folded in 1924 due to poor attendance, the Cougars and Maroons merged with the Western Canada Hockey League.

Within a couple of years, the two leagues actually started working together, honoring each other's contracts and suspensions, and even started to compete against one another for the Stanley Cup. But perhaps even more important for the sport of hockey is the type of innovation that came out of the league that forever changed the sport and was actually the foundation for the game we know today.

Among the changes that were initially introduced in the PCHA were a playoff format, the blue line, the goal crease, penalty shots, allowing goaltenders to leave their feet, and the legalization of the forward pass in the center zone of the ice, which came during the 1913 season.

When teams from the PCHA and NHA faced each other, they alternated which set of rules they would use. No rule seemed to cause more controversy than the forward pass, as it not only significantly altered the pace of the game, but also physically exhausted and drained players who were not conditioned to play that style of hockey. Players also didn't have the modern luxury of regular line changes or frequent substitutions, since rosters in those days were made up of only nine or 10 players.

Imagine watching a hockey game where the only way the puck would be advanced was by either skating it forward, or passing it backwards or laterally, because that's what the NHL used to look like.

The Stanley Cup comes to the United States

Seattle entered the PCHA during the 1915-16 season and, in just its second season, defeated the Montreal Canadiens to win the Stanley Cup, becoming the first team from the United States to win it. 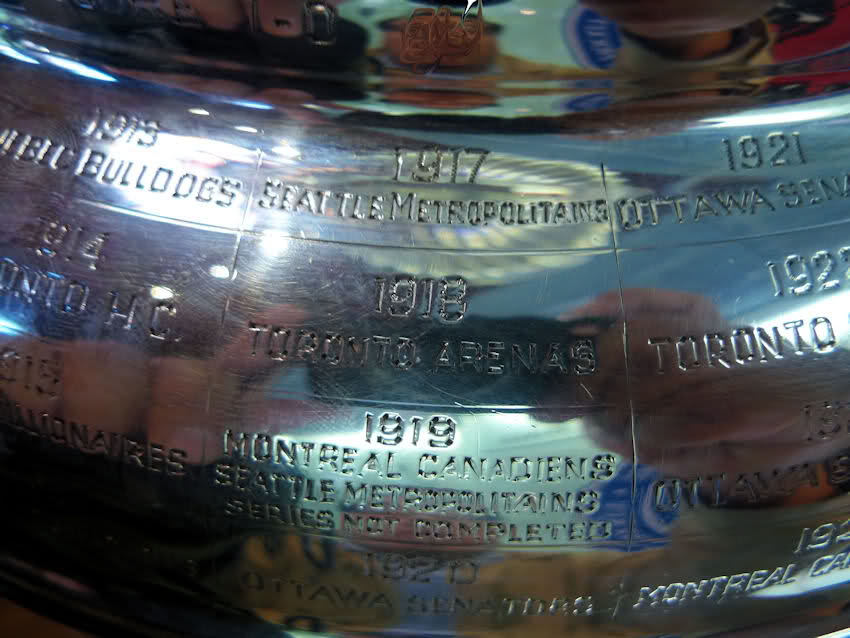 Seattle on the Cup (via)

The Metropolitans won the best-of-five series in four games, winning the last three contests by a combined score of 19-3 after dropping the opener. Since the two leagues played under drastically different rules (the PCHA played seven men on the ice compared to the NHA's six-player model, along with the aforementioned changes that the PCHA made) they used each league's rules on an alternating basis, with Games 1 and 3 using the PCHA rules and Games 2 and 4 being played under the NHA rules.

Seattle's Bernie Morris was the star of the series with 14 goals, including a six-goal effort in the Cup-clinching 9-1 win in Game 4. Morris spent the majority of his career playing for the Metropolitans but did make a brief appearance in the NHL with the Boston Bruins during the 1924-25 season, playing six games and scoring one goal.

After winning the Stanley Cup, the Metropolitans had an opportunity to win it again in 1919 in a rematch with the Canadiens, only to have the series cancelled due to a Spanish Flu outbreak that killed between 50 and 100 million people worldwide. Several players on both teams were seriously ill including Montreal defenseman Joe Hall, who passed away shortly after the cancellation of the series.

Morris, the star of Seattle's 1917 Stanley Cup win, did not play in the series after he was arrested on charges of draft dodging.

Seattle in the Hall of Fame

The Hockey Hall of Fame is home to five players who had connections to the Metropolitans.

Patrick is without question the most prominent name on that list. It was he, along with his brother, Frank Patrick, who formed the PCHA and led the charge for the league to sign players away from the NHA. 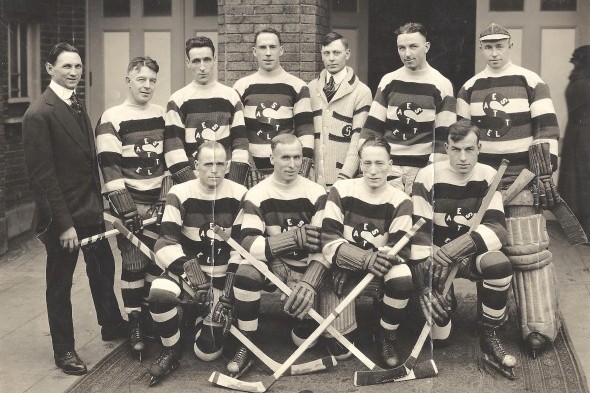 The Metropolitans around 1919 (via Wikipedia)

Patrick spent most of his career playing for the Victoria Aristocrats in the PCHA before joining the Spokane Canaries for the 1916-17 season. When that team disbanded, he joined the Metropolitans for one year. His NHL career lasted all of one game with the New York Rangers in 1926.

Today, the Lester Patrick Trophy is awarded each year to a recipient or recipients who demonstrate "outstanding service to hockey in the United States."

Foyston was one of the many players who were lured out west from the NHA (a list that also included Roberts, Walker and Holmes), signing with the Metropolitans after spending four years playing in Toronto. He played nine years with the Metropolitans, scoring 174 goals in 202 games and adding nine more in the 1919 Stanley Cup Final.

Walker and Holmes were also members of the 1917 Stanley Cup team (Holmes was the starting goalie) while Roberts joined the team the following season after scoring 43 goals in 23 games for the Vancouver Millionaires.