Remember how new Alabama offensive coordinator Lane Kiffin and his boss looked during last week's game against West Virginia, which saw the Tide running wild on offense despite some misfires in the passing game? And how those looks suggested a certain dynamic narrative in line with how we think of each of these gentlemen, whether it was actually happening or not? 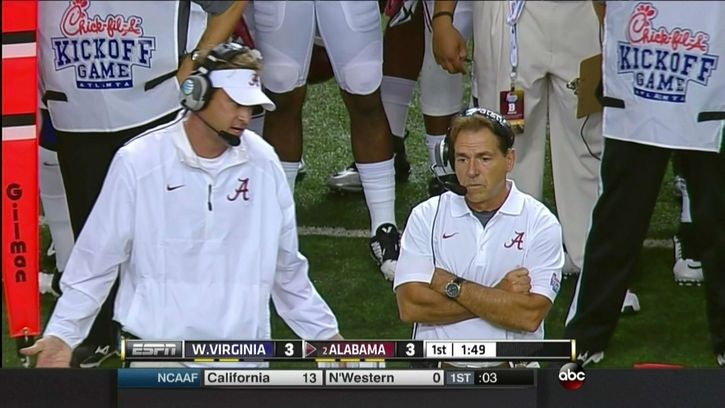 There are more photos like that from this week!

Alabama beat FAU, 41-0, and could've had even more than its 620 yards if the game hadn't been called early amid weather and beatdown conditions. I'm sure they're getting along just fine.

Saturday college football, Week 2: Michigan State-Oregon and all the other stuff