Anthony Davis' next task is to make the Pelicans contenders

Anthony Davis led the Pelicans to the playoffs for the first time last season. Their encore performance should be even better.

Share All sharing options for: Anthony Davis' next task is to make the Pelicans contenders

FLANNERY: I think Anthony Davis could win the MVP this year. He's bigger and stronger, and he's got the coaches in place to push him to new heights. Alvin Gentry's offense is perfect for him and Darren Erman's defense should do wonders to close down the paint. I'm still not sold on the supporting cast being championship mettle, but they're better than people generally acknowledge. If they stay healthy, 50 wins isn't out of the question at all. 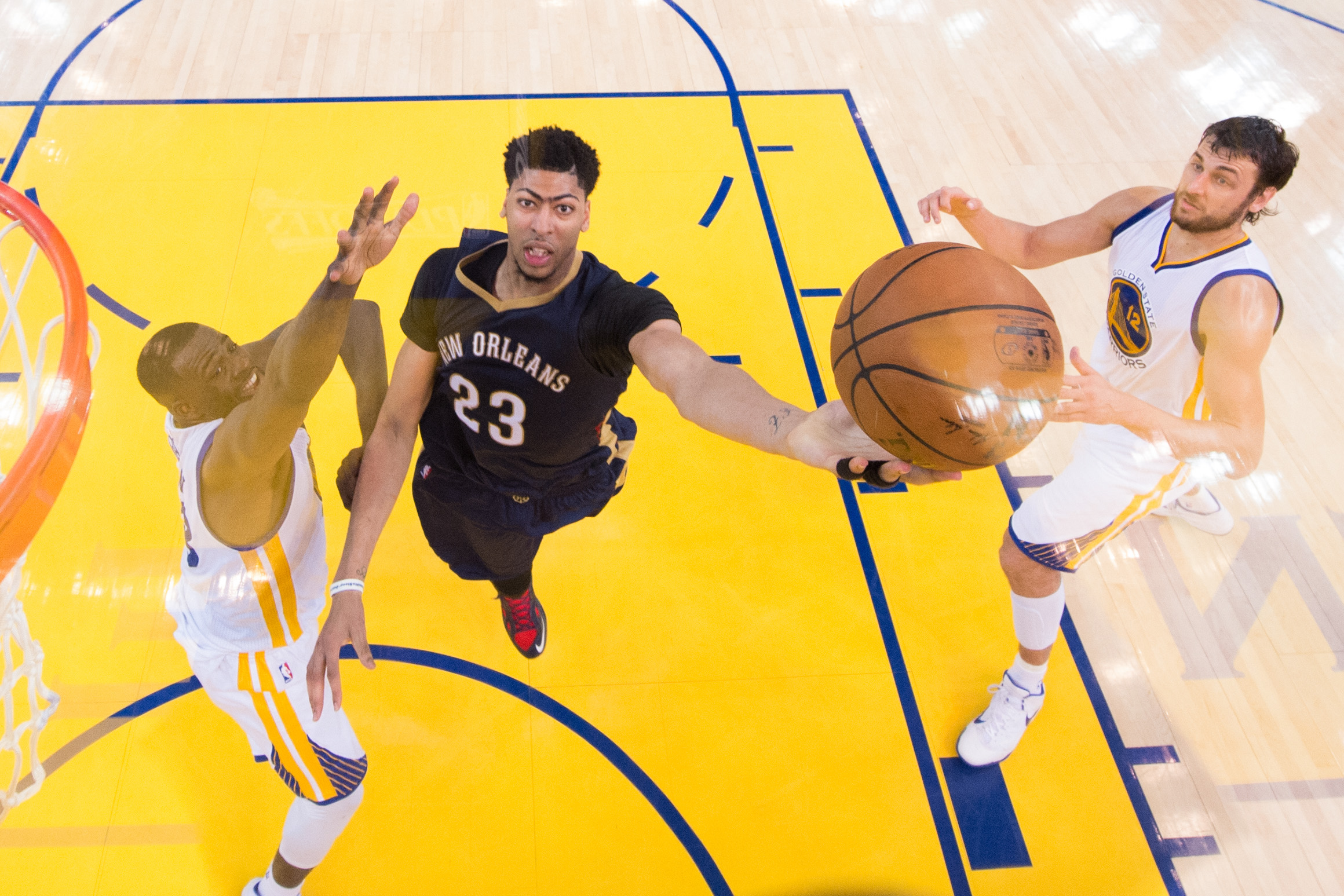 Best addition: Alvin Gentry. The Pelicans are banking on the same core responding better to a different coach.

In one sentence: The Pelicans have Anthony Davis, and that's enough to be a factor in the West.

The amazing thing is we're only a few years removed from that awkward rookie season when AD looked a little out of sorts and out of position. To go from that to THIS, and to get there this quickly ... I don't know if he will win the MVP, but I think he could, and my god, what then?

ZILLER: Judging by how folks are talking, I think A.D. and LeBron are the preseason favorites for MVP. (LeBron's Finals run served as a reminder that he should always be the top contender for MVP, no offense to Stephen Curry.) For Davis to develop into a monster so quickly isn't unprecedented, but it's still shocking considering the type of player he is and the body he has. For all that is made of his supernatural combination of skills, style and physical attributes, he really is that different. I can't wait to see another season of him. (Well, 15 more seasons, give or take.)

While I'm disappointed Monty Williams was run out after the playoffs-or-bust decree came down, I'm excited to see what Gentry (one of my favorites) can do. And not just with A.D. -- I think Gentry could revolutionize Tyreke Evans. Reke was an engine in a really good New Orleans offense last season and he had that brilliant rookie season in Sacramento. But his pro coaches (Paul Westphal, Keith Smart and Monty) haven't exactly been renowned offensive innovators. I still believe in Reke and I'm glad to see Gentry get a crack at him.

FLANNERY: You will never not believe in Reke. That much I know.

That's an interesting question in all of this: How much can Gentry and his staff get out of the supporting cast? I've long thought that Evans, Jrue Holiday, Ryan Anderson, Eric Gordon et. al. are better than they've been credit for and that injury -- not lack of talent -- has been the Pels' biggest issue. We know AD will be great. Are these guys legitimate options for the future?

ZILLER: I think so. Anderson has been through so much on and off the court; if he's now healthy, that's a huge boon for the team's spacing issues. Gordon is a similar story and entering a contract year. Holiday has had a rough time in New Orleans, but I trust Gentry to get his offense going and Erman to squeeze more defense out of him.

I worry about small forward (have they had a good one since Peja?) and Omer Asik. Asik is a C- Andrew Bogut at this point, but they recommitted to him and desperately need his defense. I don't see it after a couple of rough seasons and bad defense next to A.D. last year.

Where do you think this cast takes A.D.?

Read these other Pelicans previews!

New Orleans took the first step last season. Now, it's time to take another big one.

New coach could make all the difference

Alvin Gentry could be just the guy to get the Pelicans to contender status.

Read these other Pelicans previews!

FLANNERY: Fifty wins and a first-round series win would be a nice improvement. I know the West is loaded but I do think there's an opening here for a team like the Pels if they can reverse their injury luck and hit the ground running. The ultimate question, of course, is whether that's enough to continue justifying the commitment to the supporting cast. I see a lot of good players, but not an obvious second All-Star.

One thing that interests me long-term is whether AD can attract a young free agent or two who could really tip the scales. New Orleans isn't exactly a destination market despite being an amazing city, but we've seen in recent years that it doesn't matter as much for the younger generation. Who wouldn't want to play with this guy?

ZILLER: Right. It only takes one, and it'll take some luck with the timing and targeting the right player. As such, it's pretty impossible to speculate who it might end up being, but given that Davis is wed to New Orleans for the long-term, Dell Demps has time.

Isn't it pretty crazy that despite the lack of that second All-Star, we're talking about 50 wins in the West for this team? Davis is 22! He's already defining his generation and defying his age.

Man, I couldn't be more excited for the Pelicans.

Anthony Davis trade rumors: How we got here, and what comes next