Don't overthink it. The Spurs will be amazing

There are a few things to nitpick with the new-look Spurs, but they are going to be so, so good. The question is whether those nitpicks will be enough to prevent a title.

Share All sharing options for: Don't overthink it. The Spurs will be amazing

FLANNERY: Heading into the postseason, I was convinced that the two best teams in the West were Golden State and San Antonio. Losing to the Clippers in seven amazing games did little to change my mind on that score. In the offseason, the Spurs managed to grab LaMarcus Aldridge and sign David West for the league minimum, albeit at the expense of Tiago Splitter. 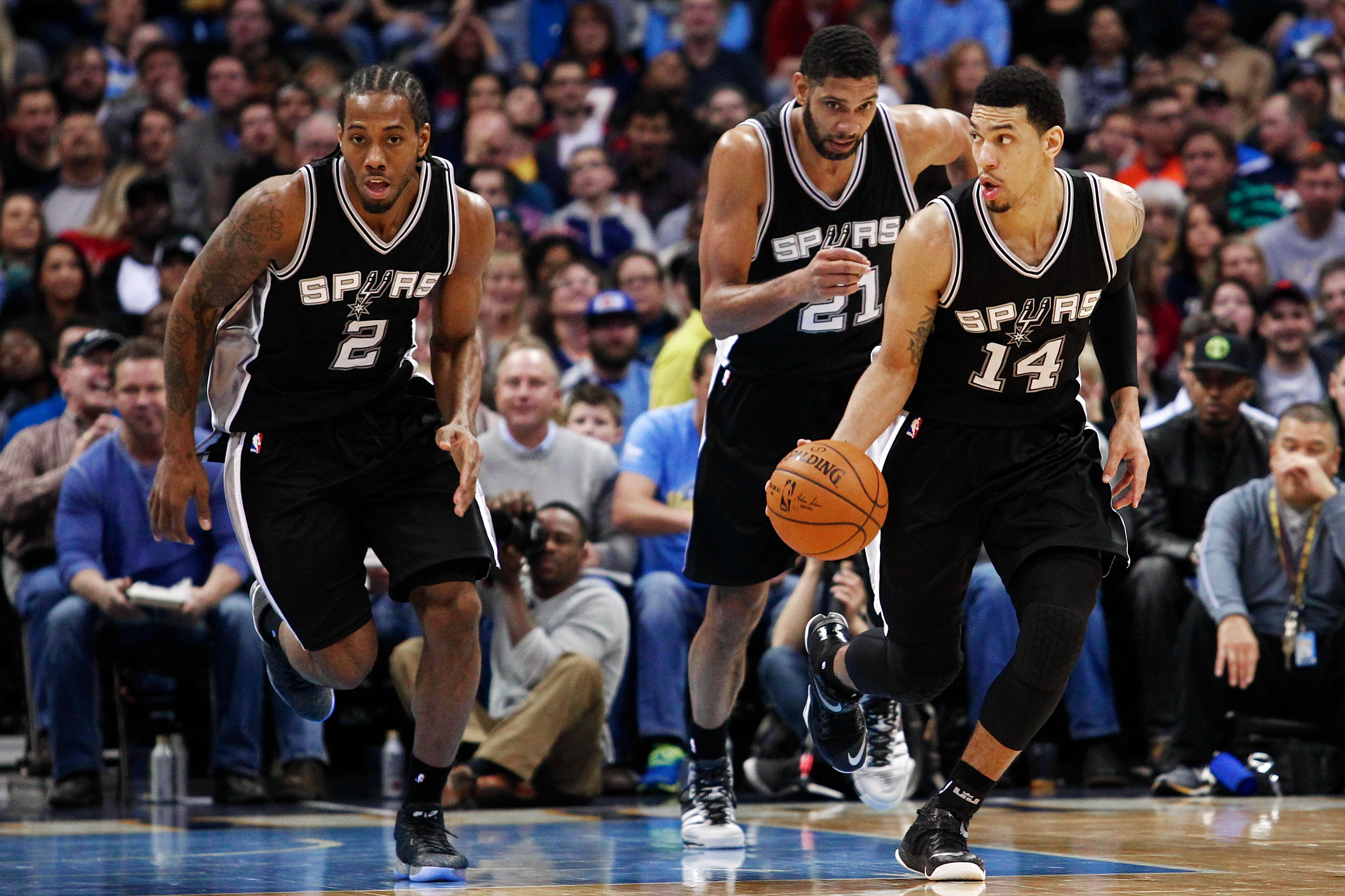 In one sentence: The loaded Spurs should hit the ground running and be one of the NBA's contenders for the title.

News flash: The Spurs are still really, really good and now they've got a player who can help bridge the gap from the Tim Duncan era to the Kawhi Leonard phase. Yet I get the sense that you're skeptical and I don't think you're the only one. So what gives?

One of the Spurs' issues last season was that Splitter's injury absences hurt their defense. He's going to be absent full time now! As a result, I feel opponents will feel much more free to attack relentlessly in the pick and roll like CP3 did in the playoffs.

I'm also nervous the Tony Parker downturn is permanent. Unlike the immortal Duncan and Manu, Parker entered the NBA grind house really young. He didn't have years of lower frequency college or European play in his late teens and early 20s. So I think his aging process could be more like typical NBAers than typical Spurs.

That said, this is a potential 65-win team whose floor is, what, 57 wins? They are going to be fantastic. They will contend for the title. But I don't think they are better than the Warriors or are obviously a step above a couple other West clubs.

FLANNERY: Parker's downturn is a bit concerning, but he has bounced back before and I'm inclined to give him the benefit of the doubt.

I think this whole season will be fascinating for the Spurs, not only because they'll be integrating LMA but the Kawhi factor looms large. At times it seemed like they were force feeding the whole go-to guy thing with him a bit. But really, how else is he going to learn? That's what makes the Spurs so different from everyone else. They're always working on one thing or another to fit into the larger whole at the appropriate time.

Long story short, I think Leonard can be the MVP. It won't be easy, especially with Anthony Davis looming large and all the other great players, but man is that guy a player. Do you think he has it in him, or maybe a better question is do the voters have it in them to recognize what he does?

ZILLER: He hasn't even been an All-Star yet! I don't think he has a shot this year because a) the Spurs are always great and b) LMA will soak up credit. But down the line he's a prime contender, especially if his offense continues its path upward.

The on-court interplay between he and LMA will be the most interesting thing to watch this season. Both are quiet grinders, not totally unlike Tim and Tony. With Gregg Popovich committing to continue coaching through LMA's deal, how the New Stars balance offensive load and leadership will be cool to watch.

FLANNERY: That would be so Spurs. Kawhi Leonard: Zero-time All-Star, MVP.

What does concern me a little about the Spurs is the depth. They lost a bunch of guys who stepped in and were productive, like Cory Joseph, Marco Belinelli and Aron Baynes. That's not the difference between winning a championship or not, but it could hinder the way they approach the regular season if there aren't enough quality backups to soak up minutes and allow for extended rest periods.

Read these other Spurs previews!

It's championship or bust

The Spurs have massive expectations after a big summer.

The retooled Spurs roster is loaded

That's what signing the top free agent on the market will do.

Read these other Spurs previews!

It's championship or bust The retooled Spurs roster is loaded

That's picking nits, though. I want to pick San Antonio to go all the way, but I think I'm leaning in another direction. You?

ZILLER: The thing is, losing Belinelli and Joseph could cost them a title given the depth of the West. The Warriors didn't lose any depth (and I'd argue got better by replacing David Lee with Jason Thompson). When every point matters, replacing Joseph (who did some strong work at times) with Ray McCallum Jr. is a real concern. It won't stop the Spurs from being excellent, but it could swing a playoff game. You never know. (That said, more minutes for Patty Mills at either guard spot is a good thing.)

I'm not picking the Spurs because of the Warriors -- I think S.A. will win 60 games and (dependent on matchups) should be Golden State's top challenger. What a Western Conference Finals that'd be. I just really want to see how this works. It's going to be beautiful.