The Lakers may have a bright future, but they're a mess right now

The Lakers are starting to build a core of young talent, but they're still nowhere near where they are used to being.

Share All sharing options for: The Lakers may have a bright future, but they're a mess right now

ZILLER: It fills me with immeasurable glee to have reached the Lakers portion of the program. We have Kobe Bryant, Lou Williams and Nick Young sharing one ball (unless I missed an inspired rule change over the summer). We have the big prize of the summer being Roy Hibbert instead of Kevin Love or LaMarcus Aldridge. We still have Byron Scott. We still have Jim Buss. 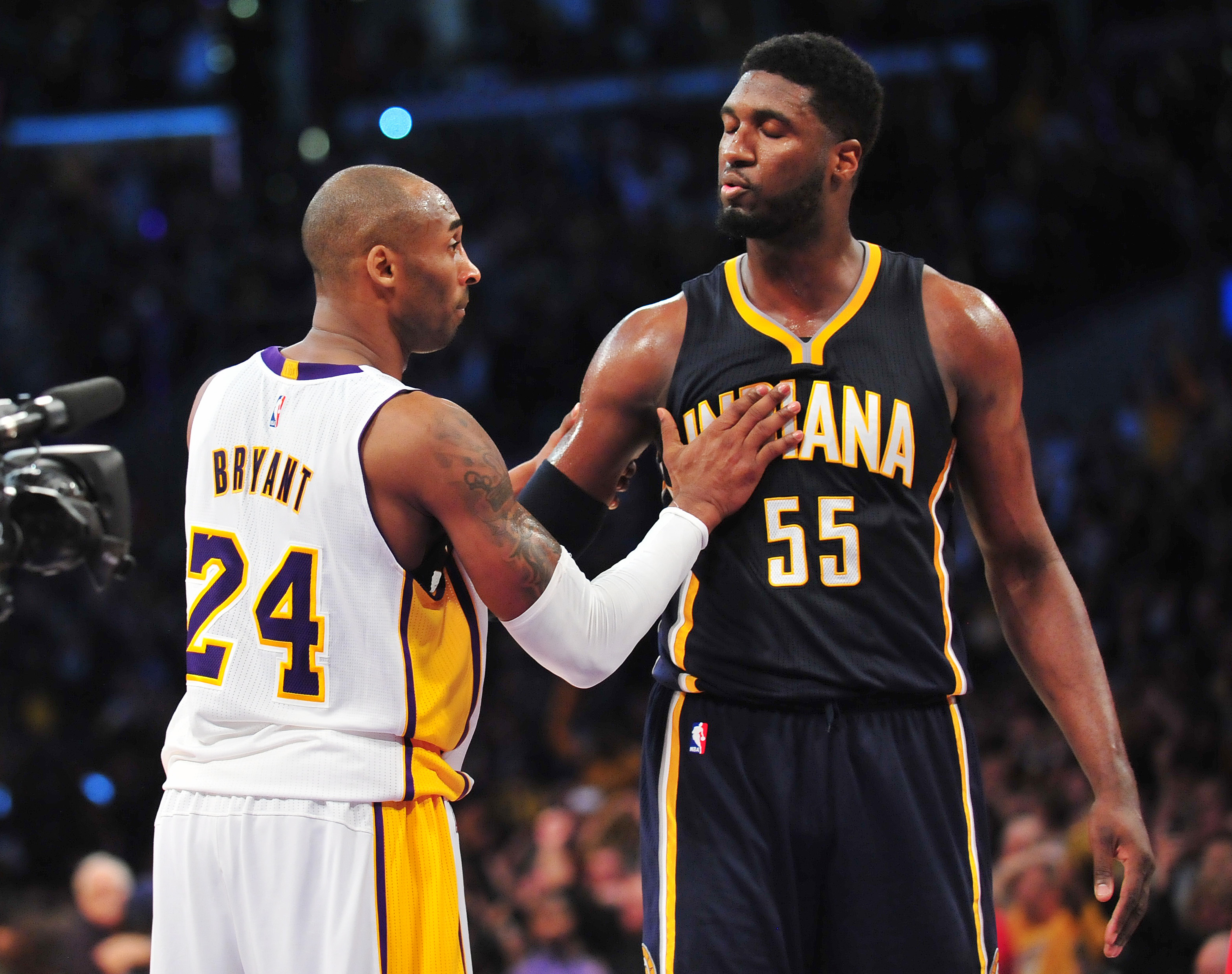 Best addition: D'Angelo Russell, who the Lakers hope will show flashes of being the franchise's next superstar.

Biggest loss: Ed Davis, whose athleticism would have helped this year's team.

In one sentence: The Lakers should be more interesting, but the playoffs are still miles away.

I'm going to be honest, though: I don't see L.A. being a total embarrassment. Hibbert and Brandon Bass should offer some defensive toughness -- and you know Scott is going to play his vets. Given the backcourt depth (admittedly of questionable quality), Swaggy might be out of the rotation by Thanksgiving. (Kobe and Lou are getting big minutes, and it'd be foolish not to play plenty of Jordan Clarkson and D'Angelo Russell.)

This isn't a playoff team -- not even close in the West. But 35-plus wins seems reachable to me.

FLANNERY: Considering the state of the franchise and the fanbase's notion of exceptionalism, mediocrity may be the best revenge. The Lakers: They're just like everyone else!

This is such a strange step in their process. For the first time since the halcyon days of the Lake Show, they actually have some intriguing young players. And yet they've got veterans either blocking their progress (like Bass with Julius Randle) or soaking up the spotlight (cough *Kobe* cough). What's the end game here? Middling results disguised as "progress?"

I don't think we should casually dismiss what happened over the summer, either. Aldridge's meeting was a disaster and Love didn't even bother with the process. I think this is actually a dangerous time for the Lakers. They need to pick a direction and get on with it, whether that means changes at the top or the roster construction.

ZILLER: Speaking of "changes at the top," the Jeanie-Jim war is my favorite subplot here. Based on what she's said publicly, she fully expects to be handed the reins if the team isn't back to its normal standards soon. There is nothing to indicate the Lakers are close to becoming a typical Lakers team (50 wins, deep playoff runs). Can you imagine what a show a sibling power struggle at the top of the glory-ridden Lakers will look like? Kobe vs. Dwight will look like child's play.

You're right that the Lakers need to pick a direction; I wonder if they will as soon as Kobe's contract ends. I don't see Mitch Kupchak bringing him back at any dollar amount -- he got burned by that absurd extension and surely believes in his draft picks and wants to see them have a chance to produce. I remain totally unconvinced Kobe is ready to leave the game. So I expect plenty of fortune-telling on the future of Kobe throughout the season.

The Lakers were madly annoying to be forced to follow in recent years because they were boring and bad. Now they're intriguing in a telenovela kind of way. I really cannot wait.

FLANNERY: I have very little firsthand knowledge of the Laker inner workings, but the Jim-Jeanie thing feels like the most important development in all of this. They can keep playing that siren song of free agency all they want, but until they get better on the floor, megastars just aren't going to want to go there. It doesn't feel like everyone is pulling in the same direction.

As for Kobe, the wheels are already turning. (Thanks, Phil.) This could be a slow burn into Armageddon. Better enjoy it now, though. I doubt they'll be down forever.

Read these other Lakers previews!

The Lakers finally have some young talent

This is an odd Lakers roster

Some veterans. Some youth. Little cohesion.

Read these other Lakers previews!

So, how about this young core of talent: Where would you rate Russell/Clarkson/Randle in relation to other groups like the Wolves or the Magic? There's obviously a lot of work to do, but I do like those players quite a bit.

I don't think that three-man young core comes close to what Minnesota, Philly or Orlando have. It's on par with Boston and Milwaukee in my opinion. And it's better than what, say, the Kings, Nets or Knicks have on rookie deals. It does not help that the Lakers lose their pick if it's outside the top three, either. There is a lot of work still to do, even if they miraculously land a star in other ways.