A career backup found his purpose with the league-best Warriors

Marreese Speights was an out-of-shape disappointment in his first year with the Warriors. Now, he's one of the best bench scorers in the NBA. How did he revive his career?

Share All sharing options for: A career backup found his purpose with the league-best Warriors

Marreese "Mo" Speights wasn't a star. He wasn't a starter. He wasn't mentioned for more than a couple sentences in opponents' scouting reports, either. For the first month and a half of his freshman season at Florida, Speights served as a punching bag for a bunch of upperclassmen bangers named Al Horford, Joakim Noah and Chris Richard.

The two eventual NBA lottery picks and second-round selection dunked on Speights daily, posting him up and out-hustling him during practice. But Speights didn't sulk. He sought the trio out for advice and challenged them during drills. "Mo didn't care who he guarded," Richard said. "He took on everybody."

Embracing his backup role for the national champion Gators, Speights seized the moment no matter how fleeting. He ripped down six boards in five minutes against Arkansas in the title game of the SEC Tournament and poured in 16 points in 10 minutes against Jackson State in the NCAA first round.

The Rise of Golden State

Warriors are a juggernaut despite being impatient

You wouldn't teach Golden State's rebuilding process in a GM seminar, but there are lessons to be learned from the Warriors' rise.

The Rise of Golden State

Warriors are a juggernaut despite being impatient

"He was always ready," said Rockets guard Corey Brewer, a former Florida teammate. "He came off the bench and he gave us a spark. He worked his butt off, that was the main thing. He got better and better each day."

After Horford, Noah and Richard departed for the NBA, Speights was thrust into the spotlight for the Gators the following season. His coaches relished his offensive gifts -- the way his soft touch and size could stretch a defense -- but they wanted more defensive intensity and competitive drive. Coach Billy Donovan demanded more out of Speights toward the end of the season.

"I think (Donovan) just felt this guy really needs to be pushed to his limit and beyond, more than he even thinks he can give," said former Florida assistant Larry Shyatt, who is now the head coach at Wyoming. "You'd leave practice and Mo would be laying on the floor exhausted."

"Mo's attitude was phenomenal," Shyatt added. "He kept fighting through it."

Echoes Donnie Jones, another former assistant, who is the head coach at the University of Central Florida, "He knew everything was about learning. I think that's the theme of why he's been able to grow as a player. He's always about, ‘How can I get better?'" 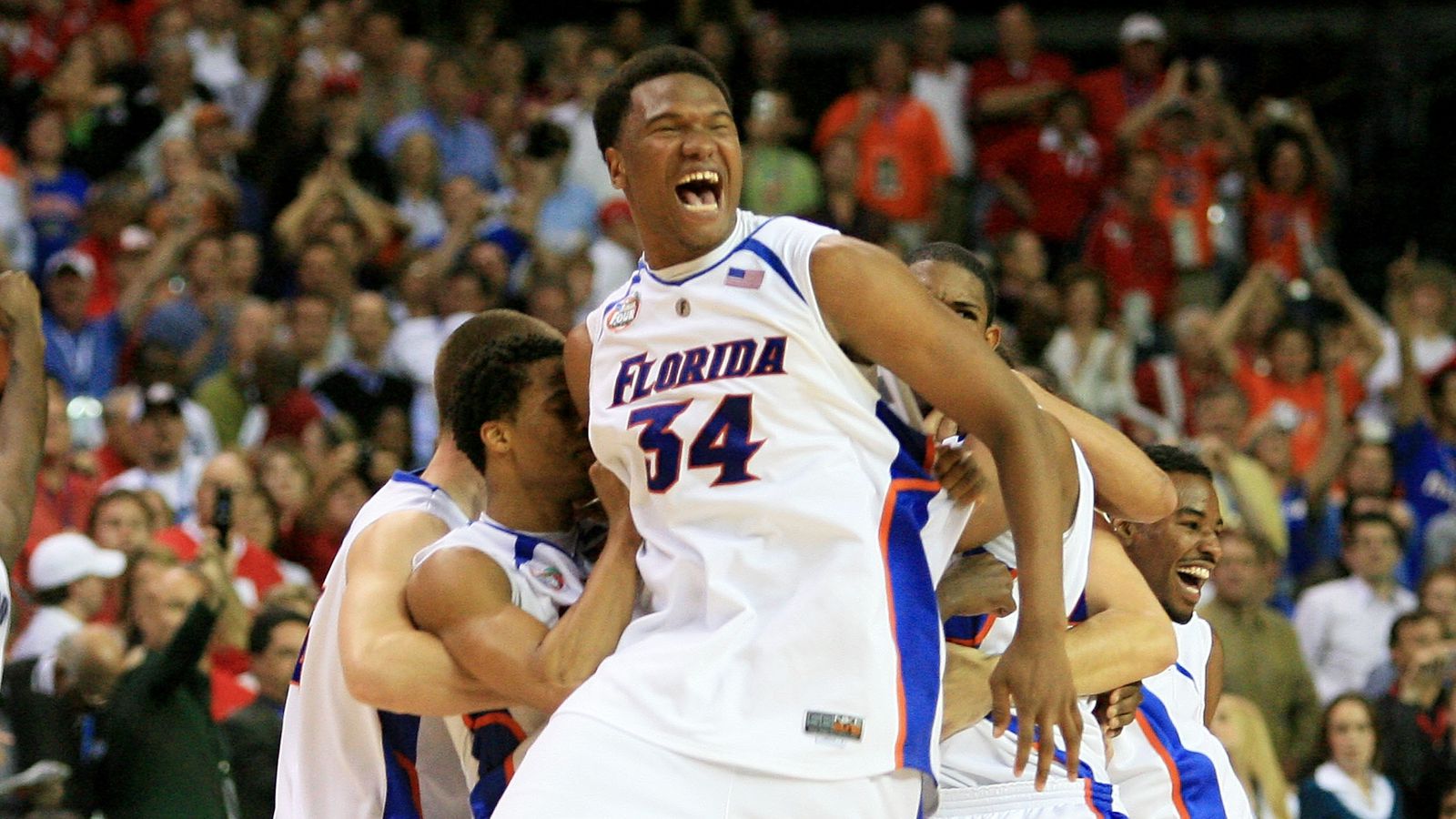 It's a Monday morning in Los Angeles and the visiting Warriors are preparing for a game against the Clippers the next day. Even as the practice comes to a close, Speights, Leandro Barbosa, Justin Holiday and a few others shoot threes on the wing and at the top of the key.

The group jokes around and interferes with each other's attempts while Michael Jackson and Justin Timberlake's version of "Love Never Felt So Good" blasts in the background. You can tell Speights is enjoying the scene, as he seems to have finally found his rhythm with Golden State after suiting up for four teams in seven years.

Drafted 16th overall by the 76ers in 2008, Speights bounced around the league in search of a situation that stuck. Playing three seasons for Philadelphia from 2008-11, he put up subpar numbers in limited minutes before being traded to the Grizzlies.

Speights proved to be a reliable contributor for Memphis from 2011-13, but was traded again, this time to the Cavaliers. He averaged 10.2 points and 5.1 rebounds over Cleveland's final 39 games of the 2012-13 season.

Golden State signed Speights as a free agent in 2013, but the big man failed to measure up to expectations that season. With a new season approaching in 2014-15 and a new coach in Steve Kerr, Speights vowed to capitalize on the fresh start.

"I understand that time goes fast and you can be out quick," Speights said. "I had to make sure I came into camp in better shape and with a better mindset."

He ran sprints five days a week last summer, mostly in 100-degree weather. The Florida sun scorched him, but criticisms about his conditioning beat down on him too, as Speights' lack of stamina hindered his production.

Alongside longtime friend Aaron Holmes, Speights challenged himself by running continuous 100- and 200-yard ladder sprints on the track and football field. He also ran on a manual treadmill called the "Curve" in addition to sticking to a strict diet of chicken, fish, fruit and salads.

On the court, Speights released dozens of game-speed shots at his sweet spots: the left and right elbows and the short corners. He ran up and down the court consecutive times after every drill to practice shooting when his legs felt like jelly and his breath fell short.

"Mo just took it upon himself to work harder," said Holmes, a former AAU teammate on the Tallahassee Wildcats. Holmes currently runs Speights' AAU program, Team Speights Elite. "I'm not saying he never worked this hard, but he just took it up another notch." 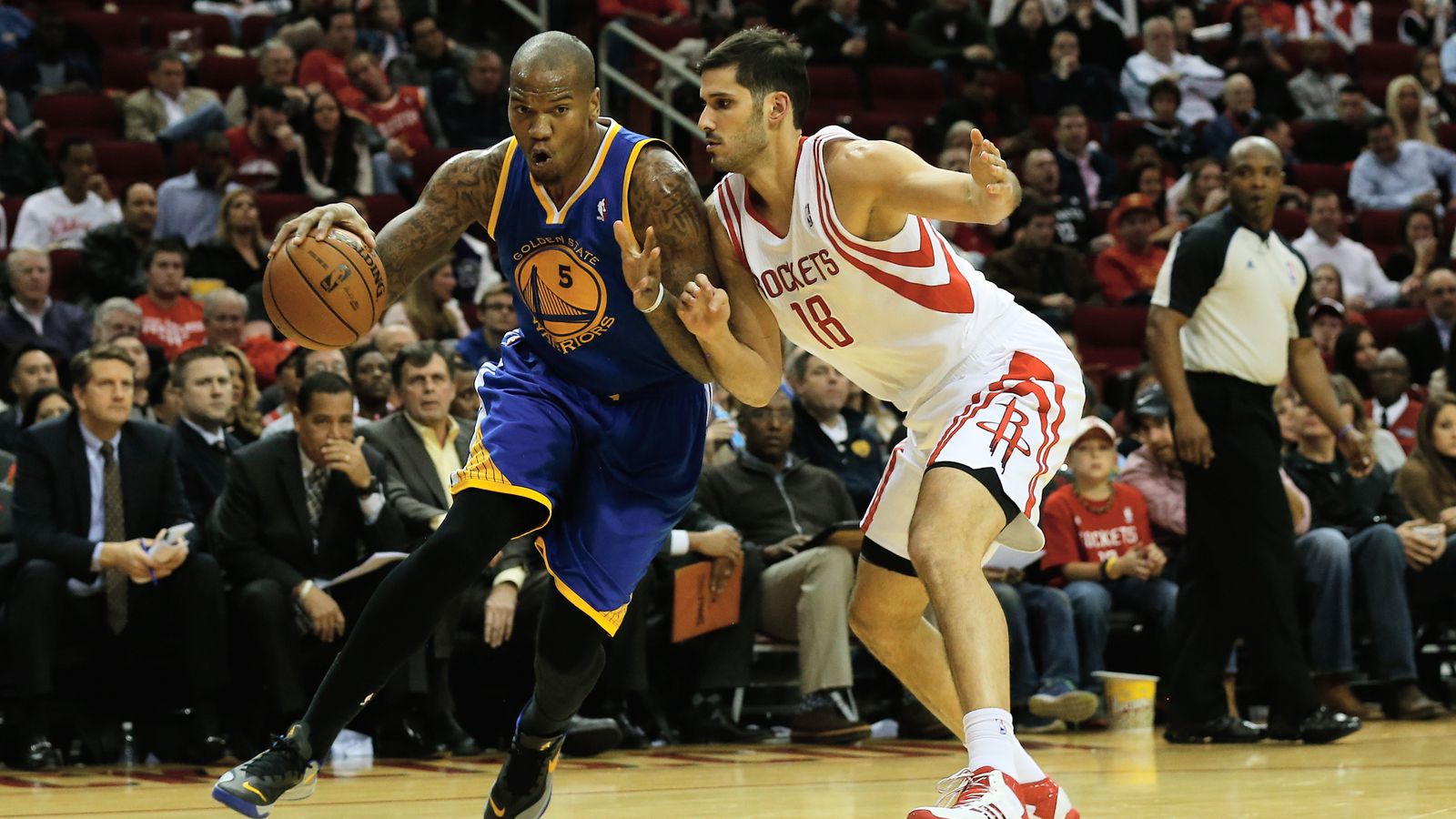 The 6'10, 255-pound stretch-forward is now averaging career-highs of 10.7 points and 4.3 rebounds on 49.7 percent from the field in 16.2 minutes a game. Similar to his freshman year at Florida, Speights is once again playing a key reserve role for a contender in the league-best Warriors.

"I've been doing it my whole life, so I'm kind of used to it," Speights said, sitting with an ice bag on each knee. "You gotta keep your mind right. You never know when coach is going to call on you, so you always gotta be locked in."

As a reserve, you don't know when you're going in and you don't know for how long; but you do know that the margin for error is small. You have to slip into the game's rhythm without disrupting its melody. You have to help create or sustain a run. You have to come in hot no matter how cold you are. It's one of the toughest jobs in basketball, but Speights has embraced the role.

Also known as "Mo Buckets," Speights delivers instant offense for a team that leads the NBA in points per game and field-goal percentage. Whether rolling off a screen for a layup or nailing a long two, Speights is remarkably productive.

In March alone, his most efficient games include scoring 13 points in 15 minutes on 5-for-9 shooting with two rebounds, one assist and one steal against the Clippers. He added 16 points in 14 minutes with five rebounds and three assists against the Wizards and had eight points in just 13 minutes against the Hawks. His shooting spaces the floor for Golden State.

"For him to be sometimes even at the center spot hitting jump shots like that is a really, really tough play to guard," Warriors forward David Lee said. "With the amount of people that give all the attention to Steph [Curry] and Klay [Thompson] in the pick-and-roll, makes it really easy when Mo can hit shots."

Not just a scorer, Speights does little things like planting a back screen or running hard to the rim in transition. These are plays that are more important than they are impressive; plays that contenders need. But because of the Warriors' depth, Speights' minutes are sporadic. Sometimes he's tough to take out and other times he barely gets in.

Kerr can relate. Like Speights, he came off the bench for great teams and didn't always know when he would get his minutes.

"It's a hard position to be in, but it's also a really important role," Kerr said. "One of the reasons players can stick around and play 15 years is if their coach can count on them to come in and perform and not complain when they don't play and be professional. That's a huge value to a team."

During the second quarter of a home game against the Knicks, Speights swatted a layup by Jason Smith. Quickly retrieving the ball, Shaun Livingston threw it ahead to Andre Iguodala for an energizing right-handed flush at the other end.

The next play down, Iguodala stole the ball and tossed it to Livingston on the fast break.

With sharpshooter Justin Holiday running wide on his side, Speights instinctively dashed to the block, the first one down the court. As a result, he drew the Knicks' Cleanthony Early and Andrea Bargnani down low, leaving space for Holiday to knock down the corner three.

Speights didn't make the shot on either play -- his block and sprint were long lost in the two sequences -- but he seemed the most excited out of anyone on the court. After high-fiving Holiday, Speights raised his arms up and down, inviting Oracle Arena to scream louder.

"That's how all the good teams are," he continued. "It's not about just one player. It's about the team."