Yordano Ventura at center of another Royals brawl, this time with White Sox

Share All sharing options for: Yordano Ventura at center of another Royals brawl, this time with White Sox

Kansas City Royals pitcher Yordano Ventura found himself in the middle of a benches-clearing incident for the third straight start on Thursday night, this time against the Chicago White Sox.

At the end of the seventh inning, White Sox outfielder Adam Eaton grounded a ball back to Ventura to end the inning. Before throwing to first base, though, Ventura and Eaton exchanged words, which soon escalated into both benches and bullpens emptying.

After the ensuing melee, five players were ejected -- Ventura, Lorenzo Cain and Edinson Volquez for the Royals, and Chris Sale and Jeff Samardzija for the White Sox. 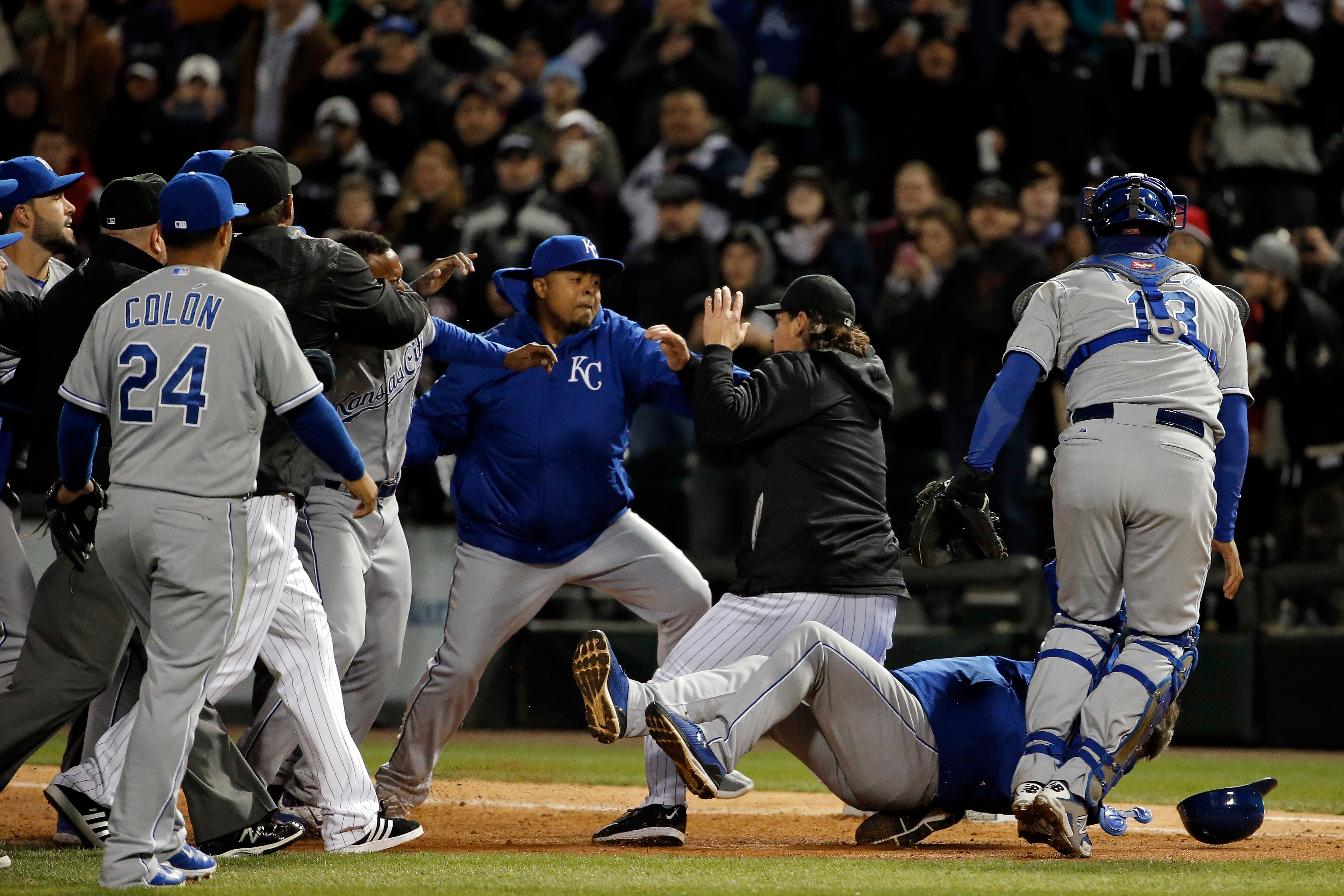 Like Ventura, Sale, who started for the White Sox on Thursday, allowed two runs in seven innings before getting ejected.

AP is moving brawl at the ball field photos post haste. It's 2-2 after 8 in Chicago. @whitesox @Royals pic.twitter.com/TP7JOy2cRP

Ventura, 23, was available to pitch on Thursday because he somehow avoided suspension for throwing at Brett Lawrie of the Athletics on Saturday in Kansas City. Ventura was fined an undisclosed amount by Major League Baseball on Tuesday for hitting Lawrie in the fourth inning of that game.

But it goes back even further for Ventura, who took exception to a Mike Trout line drive single in Anaheim on April 12. Trout later scored in that inning, and Ventura exchanged words with the MVP, leading to another bench-clearing altercation.