NFL picks 2016, Week 5: Look for the Patriots, Panthers to get back in the win column

Both teams are coming off big losses last week. This week, the Patriots get Brady back against the Browns, and Carolina gets to host a struggling Buccaneers team in primetime. Both games look like sure things, but are they really?

Share All sharing options for: NFL picks 2016, Week 5: Look for the Patriots, Panthers to get back in the win column

Last week, our panel was unanimous for the Patriots to beat the Bills. Why shouldn't they be? New England hadn't lost all season. They shut out the Texans the week before with Jacoby Brissett at quarterback, so even with the confusion of whether Brissett or Jimmy Garoppolo would start, the Patriots still seemed like a pretty safe pick.

The same thing happened with Arizona. Our panel was unanimous in picking them to beat the Rams last week. Unlike the Patriots, however, the Cardinals have struggled plenty this season. All indications heading into the year were that the Cardinals would be good, a popular Super Bowl pick. We've all spent the first three weeks of the season waiting for them to figure out whatever it is they needed to figure out. One loss to the Rams later, we're still waiting.

Our biases make for the biggest obstacle in picking games. We look at a matchup like the Rams-Cardinals or Bills-Patriots and see a clear favorite because one team in that tilt has a deeper roster, better coaching, a spotless record, or an assumed invincibility.

It's not always that easy from week to week in the NFL. Sure, the Patriots, over the long haul of the season, will probably be fine. You see that feeling reflected this week, a unanimous pick for them to beat the Browns in the week Tom Brady returns from his suspension.

The Cardinals probably will not be fine, not this season anyway, but they're still the overwhelming favorite to beat a far inferior 49ers team. And they should win that game, but how sure of that outcome are you?

Games featuring two crappy teams are tough to pick, too. I suspect the presence of Andrew Luck against a terrible Bears defense is a factor, not to mention home field, for most of the panel going with the Colts. But Andrew Luck hasn't been enough to keep the Colts from a 1-3 record so far.

The Monday night game, the Buccaneers at Panthers, is another tough pick to make. Part of that is because we expected the Panthers to be one of the NFL's best teams, too. They're not even close to that. Nobody really expected the Bucs to be great either, but they're even more underwhelming than even a cynical fan would've assumed, thanks in part to Jameis Winston's struggles (eight interceptions this season). 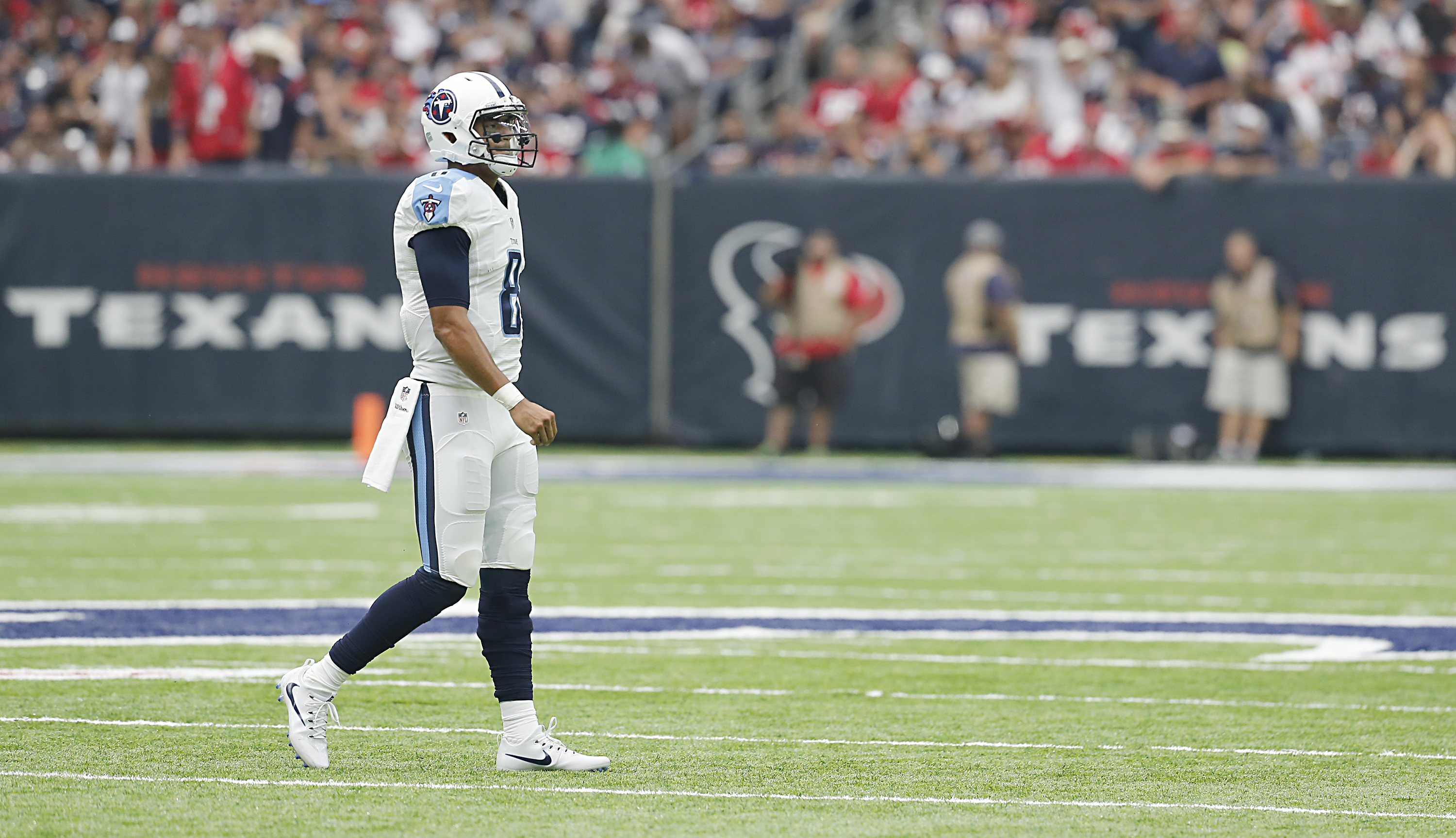 Marcus Mariota and Jameis Winston have a bad case of the sophomore slump.

The Steelers host the Jets, and that looks like another opportunity for Ben Roethlisberger and Co. to do what they did to the Chiefs last week. Ryan Fitzpatrick is playing terrible football (10 interceptions) and other than the team's defensive line, nothing seems to be going right.

New England over Cleveland. The Browns are going to win a game eventually this season, but not this one. Right?

The only question I have about the Chargers playing in Oakland this week is whether or not they'll blow yet another fourth-quarter lead. I can't imagine Mike McCoy hangs onto his job for another week if that happens, but then again, this is the Chargers.

Congrats to Adam Stites, who topped everyone last week with an impressive 10-5 record picking the games. The next closest were Jeanna Thomas and the OddsShark computer at 8-7. A big congrats to Joel Thorman, aka the Blog Father, for his one-game lead over the computer for first place overall. Big win for sweatpants and sentient beings.

Reminder, we give our panel the chance to re-pick two games on Friday. We'll update this post and note which panelists have re-picked which games.

Odell Beckham Jr needs to dial it back