The league should have anticipated the conflict of interest that was inevitably going to arise when they took over the Hornets five years ago.

Share All sharing options for: The Chris Paul trade veto was one of David Stern's biggest mistakes

David Stern led the NBA Board of Governors into an extraordinary decision six years ago this week when he convinced 29 NBA owners to collectively purchase the 30th club — the New Orleans Hornets — from its struggling owner. In addition, Stern would be allowed to run the franchise.

This was a decision of last resort. If the NBA didn’t step in, longtime Hornets owner George Shinn might not have made payroll. Shinn, who’d already relocated the Hornets from Charlotte and tried to flee New Orleans after Hurricane Katrina, said he couldn’t find a new owner. (The belief is that prospective owners knew the league wouldn’t allow relocation without a serious effort toward arena improvements.) A prospective 2011 lockout also hurt efforts to offload the Hornets. So the league took over.

Of course, this posed some challenges.

Chris Paul trade rumors were already circulating as teams across the nation salivated at the thought of springing the hot, young point guard out of New Orleans before he became a free agent and (probably) left anyway. I argued at the time that because CP3 was so integral to the Hornets’ future, there was no way Stern could trade him until the team found a permanent owner. 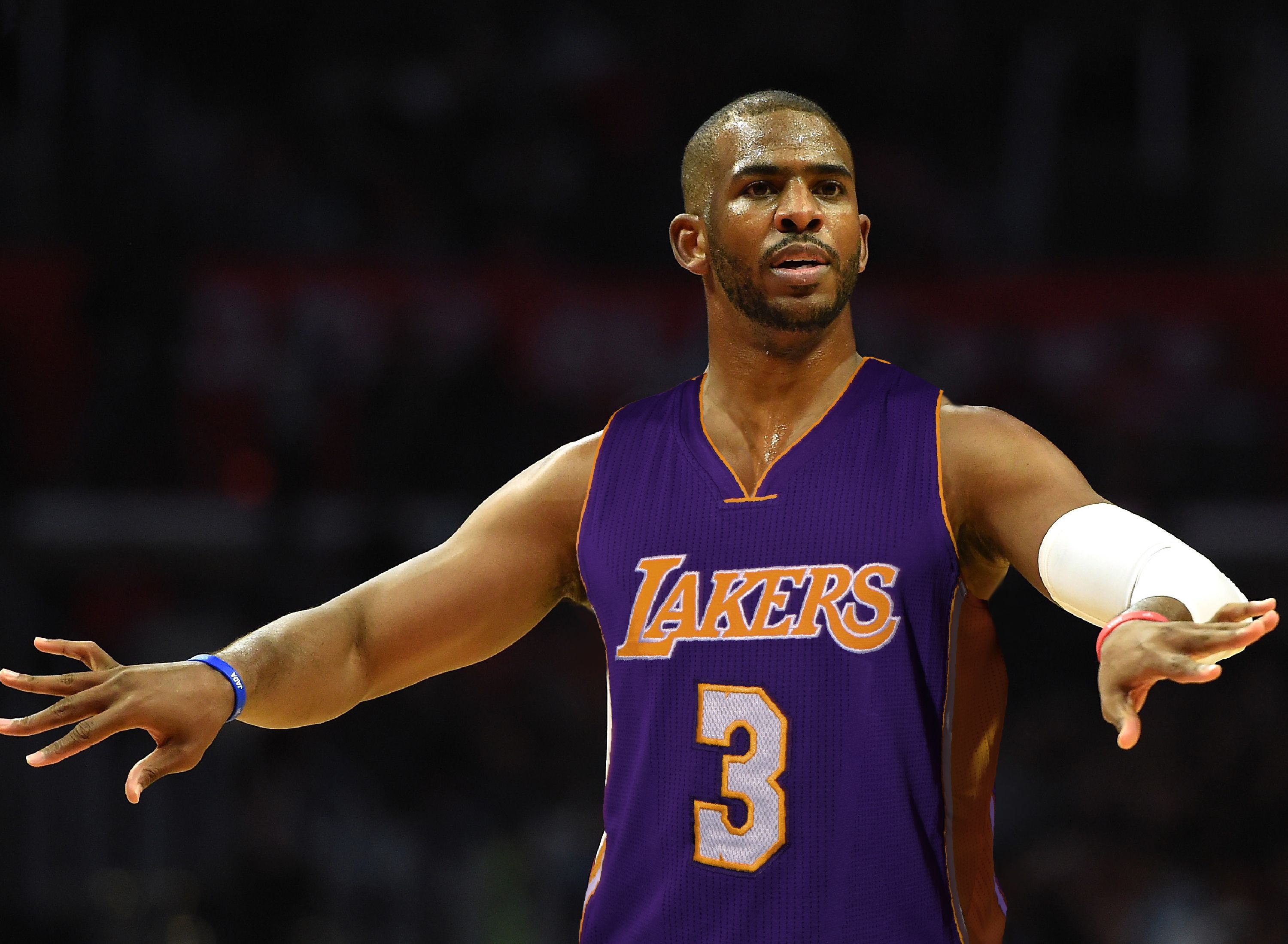 What if the original Chris Paul trade to the Lakers wasn’t vetoed?

A lot of teams and players would have been very different.

But finding a permanent owner took a long time. It wasn’t exactly a priority for the league as a damaging lockout became a reality. When the lockout ended in November 2011, CP3’s future became the biggest story in the league as his agent declared that the Point God wouldn’t re-sign with the Hornets when he became a free agent in 2012. Stern was faced was a complete, now unavoidable mess.

I wrote this in early December 2011 as the CP3 story took over the world.

Now add in the other 29 owners, 28 of which will be steaming mad if Stern allows CP3 to be traded to the Knicks for a pittance (Frozen Envelope Part 2) and 28 of which will riot if a Stern-owned team deals another superstar to the Lakers, the league's richest team who survived the lockout relatively unscathed and has missed the playoffs all of four times in 51 years since moving to L.A. Seriously, Mavericks owner Mark Cuban was pissed at the trade deadline because the Hornets took on something like $750,000 in extra salary in a Carl Landry-Marcus Thornton swap, presumably because picking up Landry made New Orleans more formidable in the playoffs, where the teams might have met. Cuban was getting twisted up over Carl Landry. What's he going to say if the Hornets pawn off Chris F. Paul to the hated Lakers for a bargain price? He will not be pleased, and neither will any other Western contender or hopeful.

What do you know? Five years ago on Thursday, Hornets GM Dell Demps worked out a trade to send CP3 to the Lakers for a bargain price. The deal was reported as done. Other owners, including professional angry letter writer Dan Gilbert, revolted.

And then David Stern, as the de facto owner of the Hornets, vetoed the deal. He cited not the backlash from other owners — who were in effect his bosses — but “basketball reasons.” He said he didn’t approve of the Hornets’ haul in the trade.

Stern should not have been in a place to make that call.

After all, Stern had appointed an interim chairman of the Hornets — Jac Sperling, a big-time deal maker from New Orleans — to run the team for the league. Sperling should have had the final say on all deals negotiated by Demps, who ran basketball operations (and still does).

In defending the veto decision, Stern declared that it was his right as a team owner to veto any trade. That was always a simplistic excuse. There’s no possible way Stern could ever make decisions as the Hornets’ owner that weren’t influenced by Stern’s role as the NBA commissioner.

One week later, Stern approved a trade sending CP3 to the Clippers. In related news, here’s a chart showing the annual winning percentage for each of the Clippers and Lakers since the former moved to L.A. in 1984.

You can understand why Lakers fans are still sore about the veto.

The decision to veto the Lakers deal speaks to the infamous micromanagement tendencies Stern showed throughout his tenure. Despite appointing a chairman to run the Hornets, Stern couldn’t keep himself out of trade talks.

On the other hand, the commissioner did immeasurable good for New Orleans by engineering the league takeover and ensuring a new owner would keep the team in the city. Stern’s long-term commitment to New Orleans after Katrina — a commitment that continues with the city winning a relocated 2017 All-Star Weekend — is commendable. It speaks to Stern’s belief that moral imperatives can and should exist within multi-billion dollar businesses.

As with the full legacy of Stern’s NBA tenure, the good far, far outstrips the bad. It’s just hard to acknowledge when you’re on the wrong side of a David Stern decision.