16 teams advanced to the double-elimination tournament in Williamsport, Penn, with New York winning the 2016 championship.

The 16 teams were split into two brackets — United States and International — that battled for 30 games scheduled over 11 days at two stadiums beginning Thursday in Williamsport, Penn.

The tournament is double elimination on each side of the bracket, with the United States winner and International winner playing a single game for the Little League World Series championship on Sunday, Aug. 28. The team from Endwell, New York beat Seoul, South Korea to win New York's first title since 1964.

In addition to the 30 games, there are also two consolation games — to be played on Aug. 22-23 — between the first four teams to lose twice in the tournament. 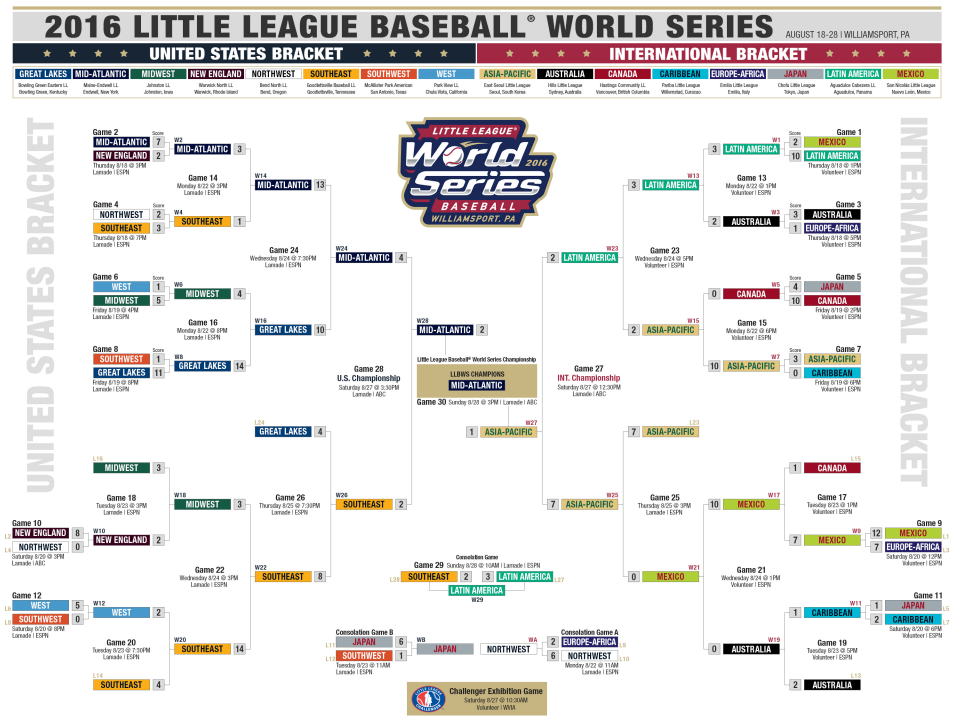 The entirety of the 2016 Little League World Series will be televised by the ESPN family of networks, including ESPN, ESPN2 and ABC. All games will be available to watch online via WatchESPN.

All games postponed by rain

Rain pushes back all four games