The 7 wildest features in Atlanta’s Super Bowl stadium, from roof to field

Here’s what to know about Mercedes-Benz Stadium, host of the 2019 Super Bowl.

Share All sharing options for: The 7 wildest features in Atlanta’s Super Bowl stadium, from roof to field

The new Mercedes-Benz Stadium in Atlanta, home of Super Bowl LIII between the New England Patriots and Los Angeles Rams, opened in August 2017, and it’s served as the new home for the Atlanta Falcons. Aside from NFL games, some of the stadium’s major debuts came with two big college football games, as well as the home of Major League Soccer’s Atlanta United, which took home the MLS Cup in December 2018.

Along with being the home stadium to both the Falcons and the MLS’ Atlanta United, the new digs will put on the HBCU national championship, and the Peach Bowl each season.

The 2017 National Championship between Alabama and Georgia was held here, and the 2020 Final Four is headed here, too.

OK, so what makes this venue so unique?

1. The state-of-the-art roof is retractable, but not like anything that’s ever been done before.

There are eight different petals that move when the roof is opened and closed.

The roof has been able to open since the stadium’s debut in 2017, and teams will have the option to open or close it, weather permitting, before games. For the Super Bowl, it’ll most likely be closed, but it’s a sight nonetheless. 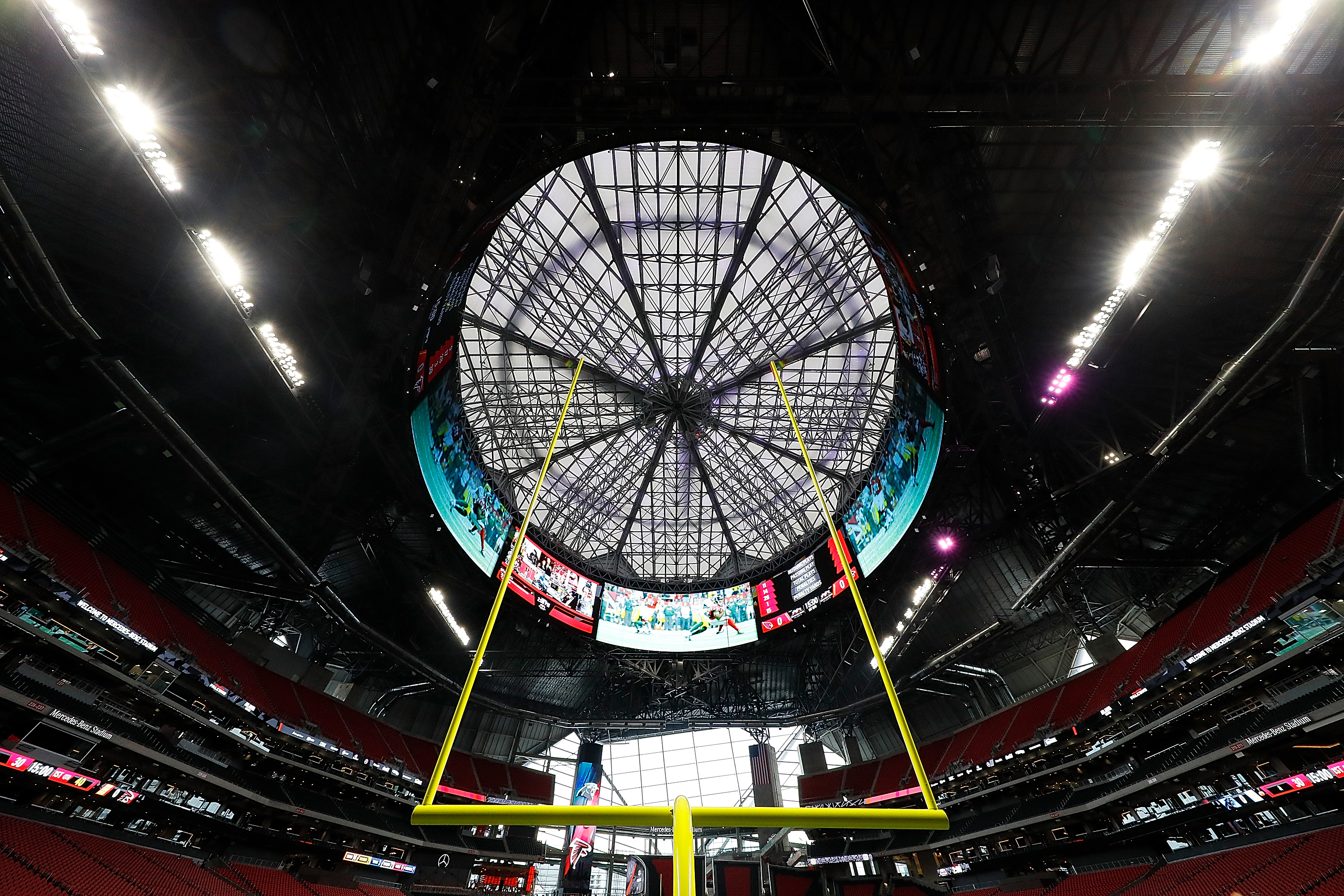 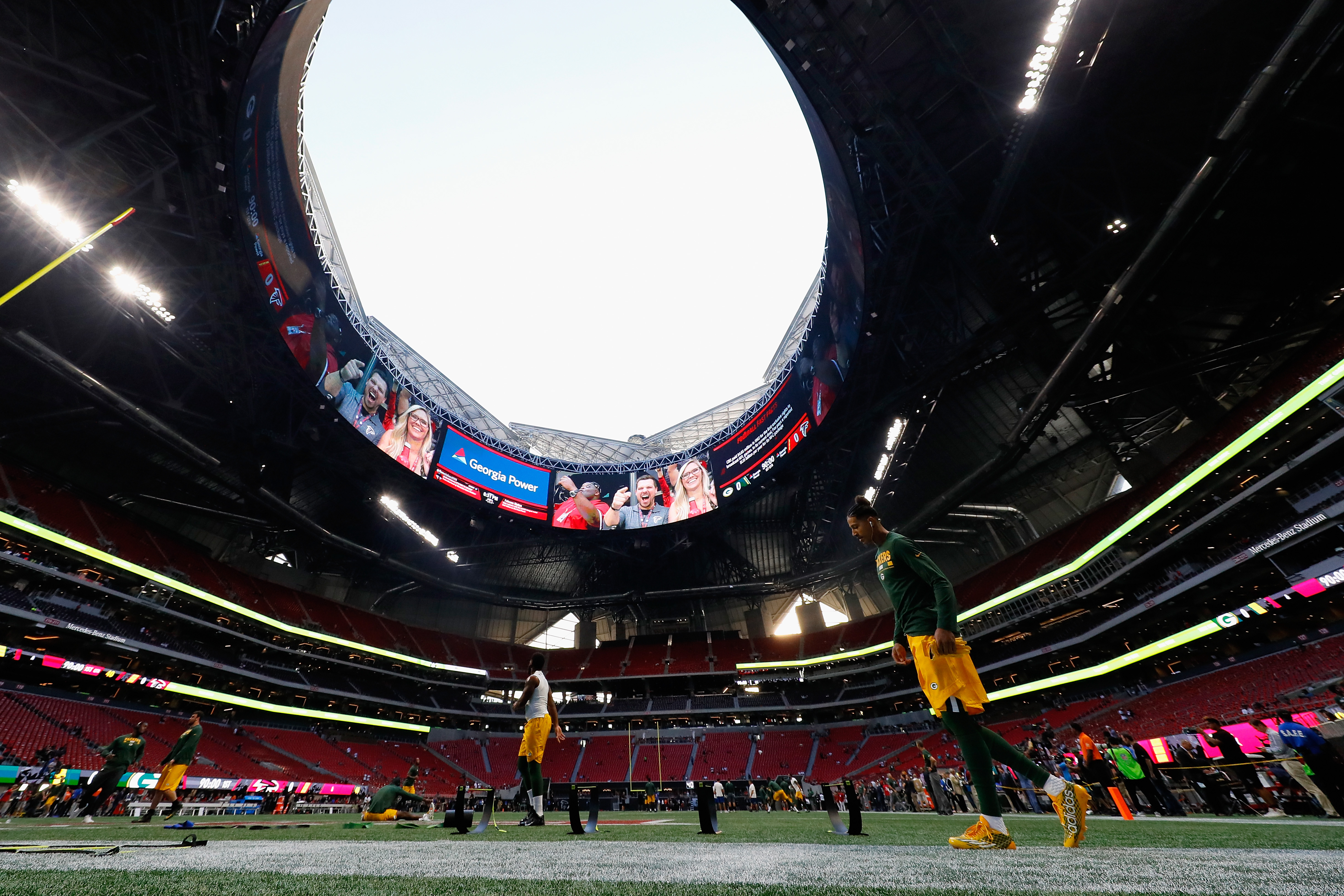 2. “The world’s largest video board” doesn’t begin to describe this thing.

Right below the roof is the “halo board,” which has 3,200 lineal feet of ribbon board. It towers over the field, providing 63,000-square feet of screen, and if you stretched it out, it’d be longer than the Eiffel Tower.

There’s a “mega-column” that’s wrapped in an LED screen on three sides, too.

It’s easy to eat for under $10. For just $2 you can get a refillable cup. It’s like they’re not trying to gouge you at all!

“When you can come to an NFL stadium or a Major League Soccer stadium and be able to feed your family, a kid for $10, and get a hotdog, a refillable soda, a popcorn, and a pretzel, and right there you’ve only spent $8,” stadium general manager Scott Jenkins told SB Nation. “I don’t think there’s a sports venue in the country that can say that.”

Yes, there’s a Chick-fil-A that’ll be closed even during the big game on Sunday, but it’s open for college football games and other events. Besides, I sampled the chicken sandwiches at West Nine and Game Changers, and they were absolutely delicious.

There are also 12 different “neighborhood bars” in the stadium and other fan-first areas, and that’s not all.

It has 4,000 miles of optic fiber, powering everything at the speed of light. In addition to free, fast WiFi throughout, the building has over 2,500 TVs, so fans won’t miss a second.

"We’ve got 1,800 wireless access points in the building," Jenkins said. "So there’s 1,000 of them in the seating bowl and another 800 in the concourses, so no matter where you are in this building, 70-some-thousand fans will have fast, wireless connectivity. And then whether you’re on WiFi or your on your cell phone with cellular service, we’ll have a distributed antenna system that’s throughout the building, that’ll give you great service through various carriers."

Its 4,000 solar panels can generate enough solar energy on its campus in a year to power over nine Falcons home games or 13 United home matches. The stadium will also reuse rain water that the stadium collects.

"We’ll use about 47 percent less water, through our design of the building and our capture and re-use of rain water," Jenkins said. "So the rain water that hits the site, will be stored in a 680,000-gallon cistern, and we’ll use that water for make-up water for our cooling tank and to irrigate the landscaping."

Obviously, this would be a lot cooler if the Falcons were playing in the Super Bowl, but it’s pretty dope to see in person, speaking as a current Atlanta resident. That’s one giant metal bird statue!

This might be the closest you can possibly get to a major football game as a paying customer.

7. The views everywhere are incredible.

Here’s the Sky Bridge, which offers a view of downtown Atlanta ...

... and just about everywhere are bar-style ledges that fans can lean on after wandering around.

This is a whole different building from the Georgia Dome.

The Georgia Dome hosted both the 1994 and 2000 Super Bowls. If you remember either of those, let’s just say Sunday’s Super Bowl will be on a whole other level in this stadium. 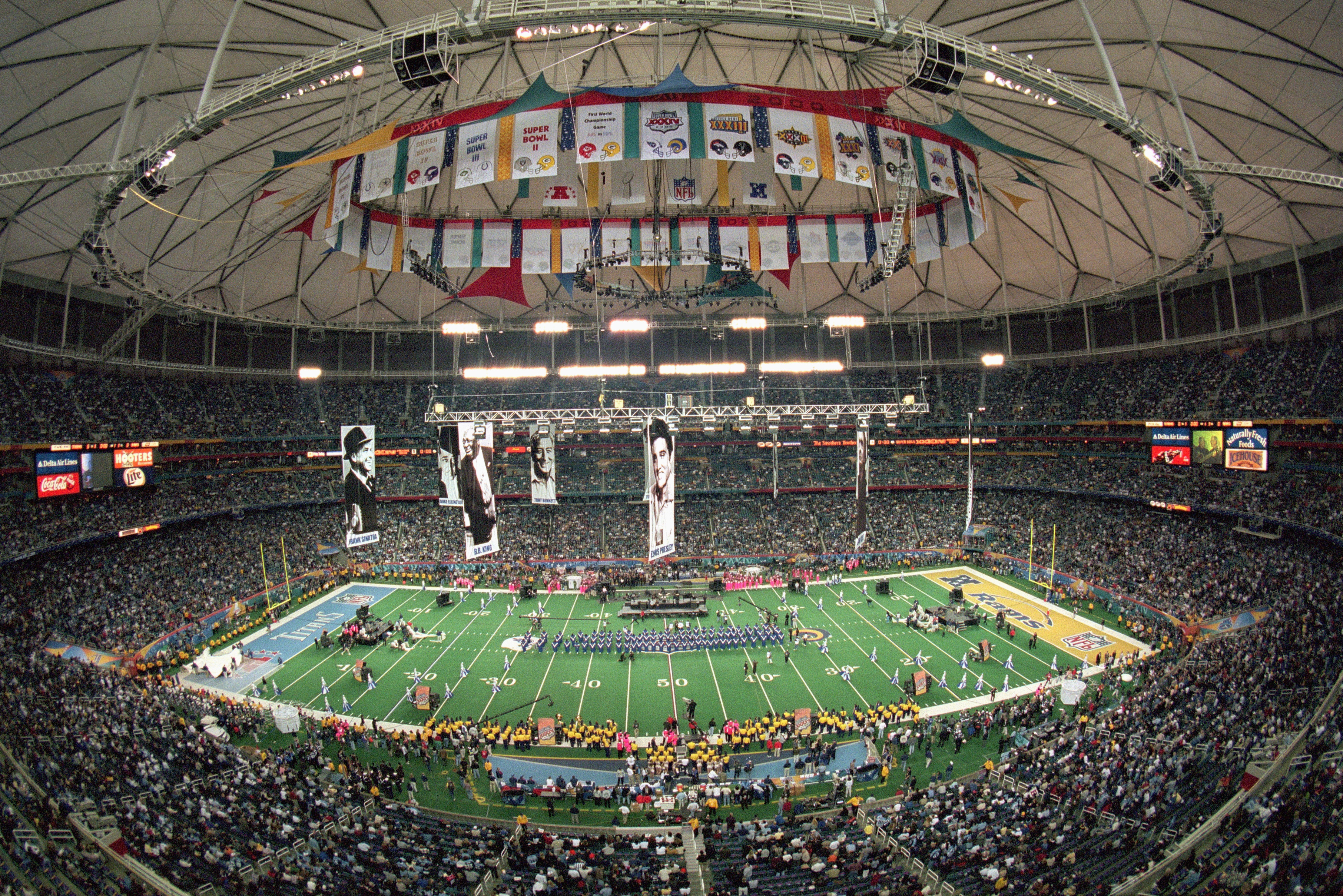 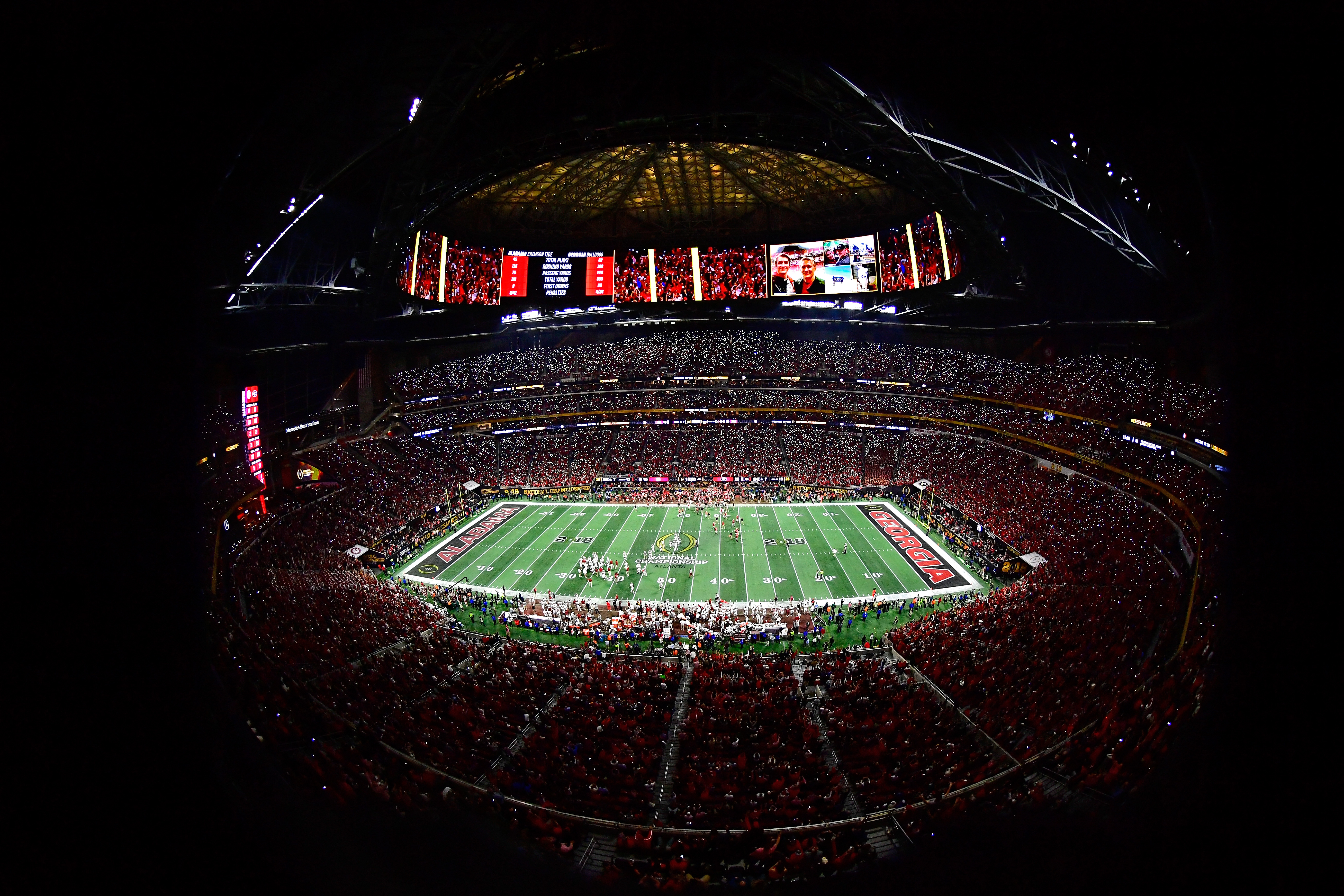 “Every decision we’ve made has been squarely with the fans’ perspective of ‘how do we take the fan experience to the next level?’” Jenkins said. “The LED displays we have, whether it’s every seat is two inches wider than the Georgia Dome, almost all the concourses connect so you can circumnavigate the building, you don’t get cut-off. You can move vertically throughout the building, we have really wide staircases, we have twice the elevators, twice the escalators compared to the Georgia Dome.”

It also has the capacity to add an additional 2,700 seats at the top of upper bowl.

How much did this thing cost?

The final figure came down as $1.6 billion, part of which came via the city. But the good news is $850 million of that was financed from banks and investors, and Falcons owner Arthur Blank covered some of it, too.

In addition to the $850 million in loans, $200 million of the construction cost comes from bonds backed by Atlanta hotel-motel taxes, $200 million from the NFL and a yet-undetermined amount from sales of personal seat licenses. Blank is responsible for cost overruns.