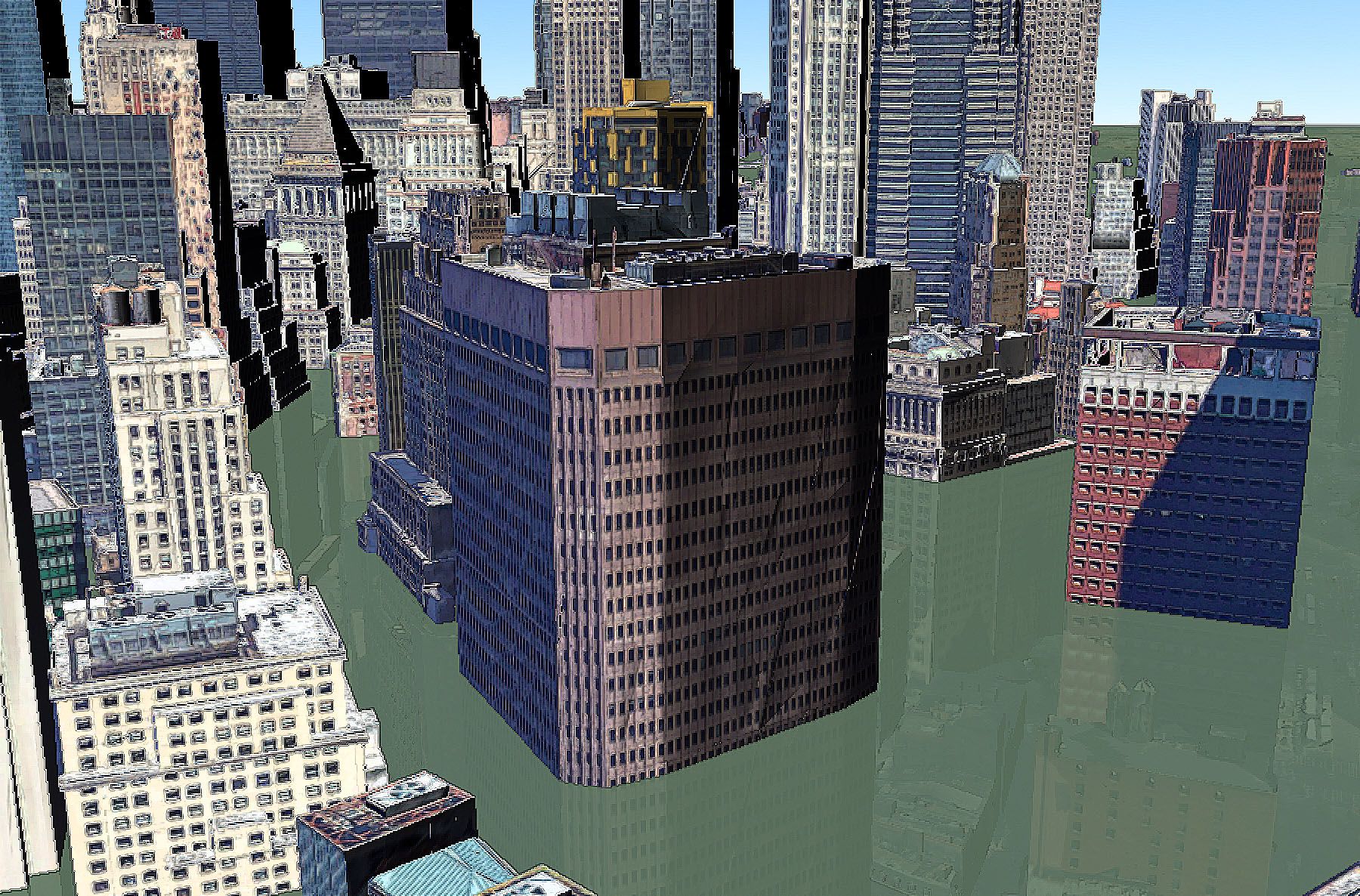 JASON: Babe, it was the wrong ball. It was a Ty ball.

EMILY: And he said there was gonna be

JASON: Yeah ... yeah. Yep. He ... the dealer said, "yeah, sure, there's a Koy Detmer autographed ball this guy's grandpa used to have." So I made a dive into Queens, right address and everything ...

JASON: ... everything was there like he said it was, but it was a Ty Detmer autograph.

EMILY: You get it?

EMILY: Jesus! The joke! The joke, I was telling a joke.

EMILY: Ty game, tie game? You know? [laughter] God, you are Jasoning out.

EMILY: How are you feeling?

JASON: Huh. Kind of ... relieved, I guess, actually. This game's probably over. This was my shot.

JASON: Because it's like, okay. This was a genius design for a game. And I know we've talked about this a million times.

EMILY: We've talked about everything a million times, baby.

JASON: But like, it's so rare to be able to draw up a game around uncertainty. I mean, how many footballs has Koy Detmer autographed? Nobody really knows. I bet he doesn't even know. So in the process of playing this game, we find out that number. And once we know, we can't really play the same game again. This was special. We can't replay it.

EMILY: You know what it's like? I was just reading about this this morning. It's like a Fermi problem.

EMILY: It's named after this guy named Fermi, Enrico Fermi. He was this famous mathematician, and he would ask questions, like the big one was, "how many piano tuners are there in Chicago?"

EMILY: So how do you answer that without actually going and counting, right? Well, you ask a lot of little questions that kind of hack away at the answer. Questions like, okay, first off, how many pianos do you think there are in Chicago? And then it's like, well, what percentage of people actually own a piano? So you estimate the number of people who, you know, you've been to their house and you know they have a piano. And then divide that by the total number of peoples' houses you've been to.

EMILY: Sure, we'll use that. And the population of Chicago is like three billion.

EMILY: Well whatever, you know I meant million. So that would mean there are ...

JASON: But then you have to think about the number of Chicago homes that could actually accommodate a piano. Probably fewer than usual.

EMILY: There you go! Now you're getting the game!

JASON: Man, where did you read about that?

JASON: God, I can't believe I didn't know about that until now. It basically describes exactly what I've spent all these years doing.

EMILY: I swear, I'll never get to the bottom of Wikipedia. Or at least, it'll take a long time. You know they've started putting in entries for apartment histories? Lori was telling me about it.

JASON: What do you mean?

EMILY: Like, the history of an apartment. Like you can type in "123 whatever street, apartment 3" and it'll be this enormous history of everything that ever happened in that apartment.

EMILY: I thought it was kinda cool.

JASON: It's good. I decided to take a swim over to Manhattan. I'm on a rooftop now.

EMILY: Oh that's a Hell of a swim!

JASON: It is, I'd forgotten. It's easy to think, especially as an out-of-towner, it's easy to think, "well, I'll just stop at a skyscraper every so often and catch my breath." But there's this huge chunk of it between Downtown and Midtown that's almost totally below the water line. There just aren't that many tall buildings.

JASON: You know, actually, I was thinking I could design a pretty good game here?

JASON: I mean, I just thought of it today, I haven't really

EMILY: Tell me, tell me!

JASON: Okay, well, the end zones would be Midtown and Downtown, right? Like, maybe Battery Park and Bryant Park would be the two end zones. Maybe 20 players to a side, and they all get a speedboat.

JASON: So obviously, with all the water in between, the middle of the field would be some pretty wide-open play. But around the end zones it'd get all hairy, because you basically have to sail around through city blocks. But at the same time, you could kind of use them, too. Take crazy routes to throw off your tacklers.

EMILY: So the blocks would ... block for you.

JASON: See! Yes! And, and also it fits thematically because New York's city grid was literally called a gridiron when they drew it up in the early 1800s, way before there was even football. So it's like a perfect fit.

EMILY: You always have to get cute.

EMILY: I've got an idea.

EMILY: Make the ball really heavy. Make it out of lead or something. So if -- hey, how do you tackle somebody?

JASON: Probably just by ramming your speedboat right into them. They're tackled if they fall in the water.

EMILY: Okay. So if they fumble, the ball's really heavy, so it doesn't float. It sinks to the bottom. So all of a sudden the game turns into a diving expedition.

JASON: Ohhhhh wow. I love it.

EMILY: See? See, that's why you're married to a 386-time TCL Most Valuable Player.

EMILY: Are the skyscrapers part of the field?

JASON: Sure, I guess so.

JASON: I don't think this game would've been as fun back in the day, you know, before this place sunk. It was just a bunch of ground. Way more interesting when there's just no open field.

EMILY: You should write that game! Seriously, you've got a good one.

JASON: Maybe I will. Although I'd have to drag people out to New York to play it, I don't know how many takers I'd get.

JASON: If you have, I don't remember.

EMILY: Oh God! There's no way I haven't told you, but whatever, whatever, okay. I have to tell you the computer parts story.

EMILY: So an old teammate of mine told me this story. I guess back in 2000 or something, he was housesitting for his uncle. His uncle had this apartment in Tribeca, he worked for the NFL. He didn't know what his uncle did for the NFL exactly, but he made good money.

JASON: Well he was in Tribeca, I'd bet so.

EMILY: Right? I know. So at this point this kid is like 19. And when you're 19, obviously it's like the dream of a lifetime to go visit NYC and have some swank-ass place all to himself.

EMILY: So he's there for like a few days, and all of a sudden he gets a call from his uncle. And his uncle is like, "listen, you've got to do something for me. You've got to take some stuff that's in my freezer and take it to my office on Park Avenue." And he's like, "can't you send someone else to do it?" And he's like, "no, no, it's kind of a secret, I kind of fucked something up and I just got busy and never got around to bringing it to the office, and now they're wondering where it is. So you need to meet my buddy there and deliver it to him. I'd have someone else do it if I could, but I'm in a jam" or whatever.

EMILY: So he's like, "okay," and he looks in the freezer. And since it's this swanky apartment, he's got a full-size standing freezer, it's not just your regular fridge-freezer things.

EMILY: And he opens it up and it's full of piss.

EMILY: [laughing] It's full of actual piss, it's full of all these little vials of urine samples.

JASON: What the fuck?

EMILY: ... that his uncle is an official in charge of collecting urine samples from NFL players.

JASON: He just kept 'em at his place?

EMILY: I guess! I guess! I don't know. Apparently he was kind of a fuckup or something. He just, I guess he just thought it was just as good as storing them in the office and he just never got around to testing them. So that ends up with him having literally an entire freezer full of NFL piss.

EMILY: So this kid doesn't really know what to do. He gets the huge rolling suitcase he traveled with and he just starts dumping the vials in there, and then he heads to the subway. He gets off at some station in Midtown. And this suitcase is apparently really heavy, because I mean it's filled with liquid. And when he's rushing up the subway steps, he can hear the glass rattling around and breaking. So I mean, this entire plan is going to Hell. 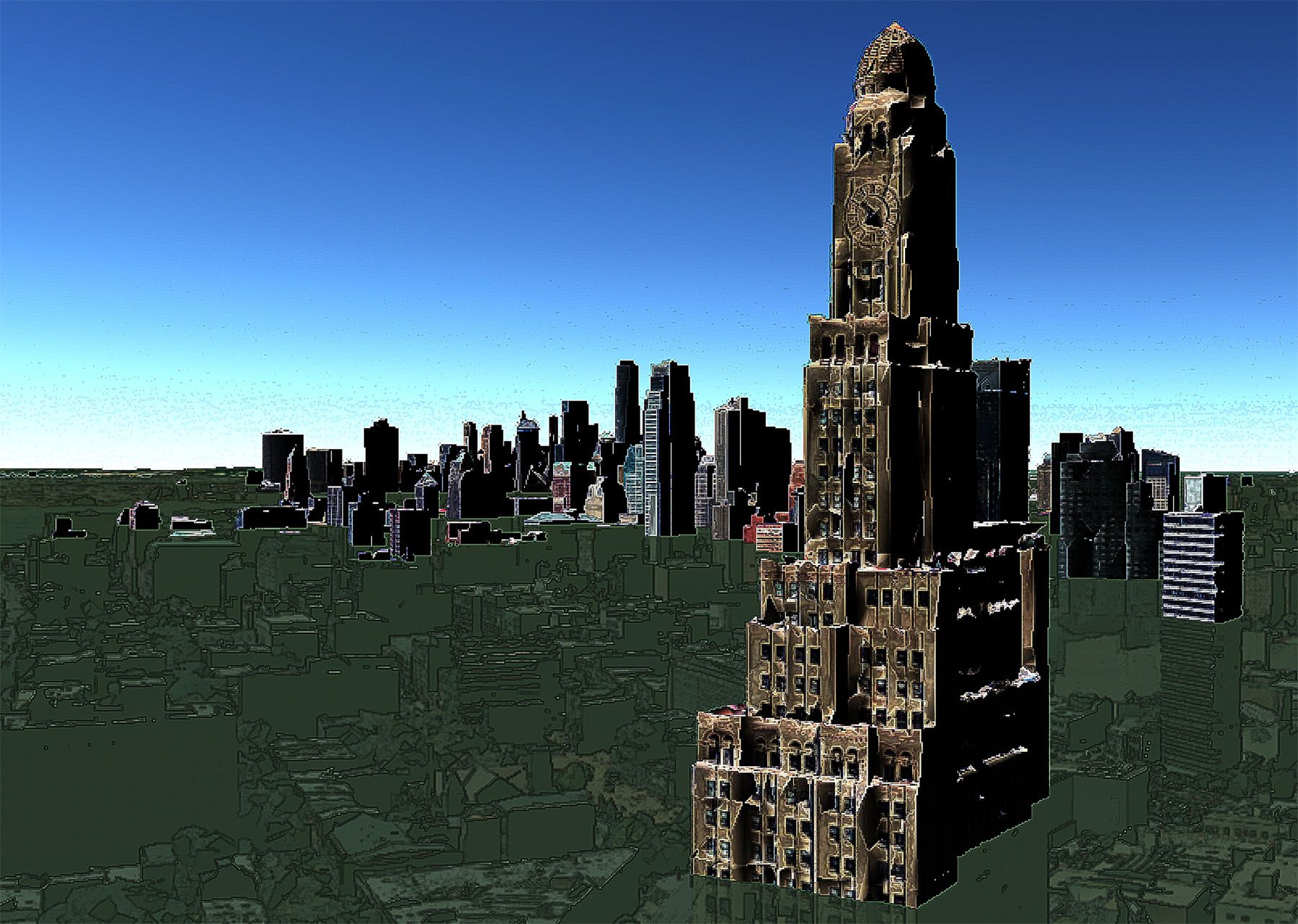 EMILY: And he was in one of those stations where you have to go up like three different sets of stairs. And the last one, he's halfway up, and some guy asks him like, "hey, you want me to help with that?" So he grabs the other end and helps him carry it up.

JASON: See, New Yorkers always had this bad reputation. I always thought everyone was really cool there

EMILY: So they're halfway up the steps, and the guy asks him, "damn, this thing is heavy. What the Hell do you have in here anyway?"

EMILY: And of course, he's not about to tell him it's full of urine samples. So he just blurts out, "computer parts!"

EMILY: Yeah. And then so, immediately. Without a second of hesitation.

EMILY: The guy hits him in the face and runs off with the bag.

EMILY: And he told me the sight of him running off with the bag in a hurry, just couldn't wait to make off with it.

JASON: God, that's too good. That is too good. I'm like positive you never told me that one.

JASON: It's weird to be here.

JASON: I saw this mural today. I was all over the city, just diving and looking at stuff, and this big painting on the side of a building. It was all the way below the water line. A little bit worn away, but it was still in pretty good shape, considering.

EMILY: What was it?

JASON: It was like this painting of a mother, I guess it was a mother holding her baby.

EMILY: Are you okay?

JASON: I don't know if this is gonna come out right.

JASON: I mean, we got here? You know? We got here. We grew up thinking, one day it'd be our time to go. And it just never was, it never was.

JASON: Going under that water is like going back through time. Everything is like it was. All the buildings were built, all the cars were neatly parked, all the garbage cans were bolted to the sidewalk, by people who were afraid to die. It was the meticulous craftsmanship of terrified people.

JASON: We didn't know we'd have each other for good. Back then there was real fear. Real worry. The world was all fucked up. I remember feeling so alone. Like I was the only one fighting it.

JASON: We were all in it together, though. Every stranger you ever met, they were fighting the very same fight you were. Of course, you didn't talk about it with them, but all of us saw that terror, the terror any mortal person has. That terror wasn't natural. No other creature in the universe woke up every morning knowing it was guaranteed to die one day. Just us. Nobody should have to live with that. It's too much, it isn't right. No one ever should have had to bear it.

JASON: But we did. We all stared it down and kept on going. And we did it together, we were all in it together. It felt lonely, but we were never alone. 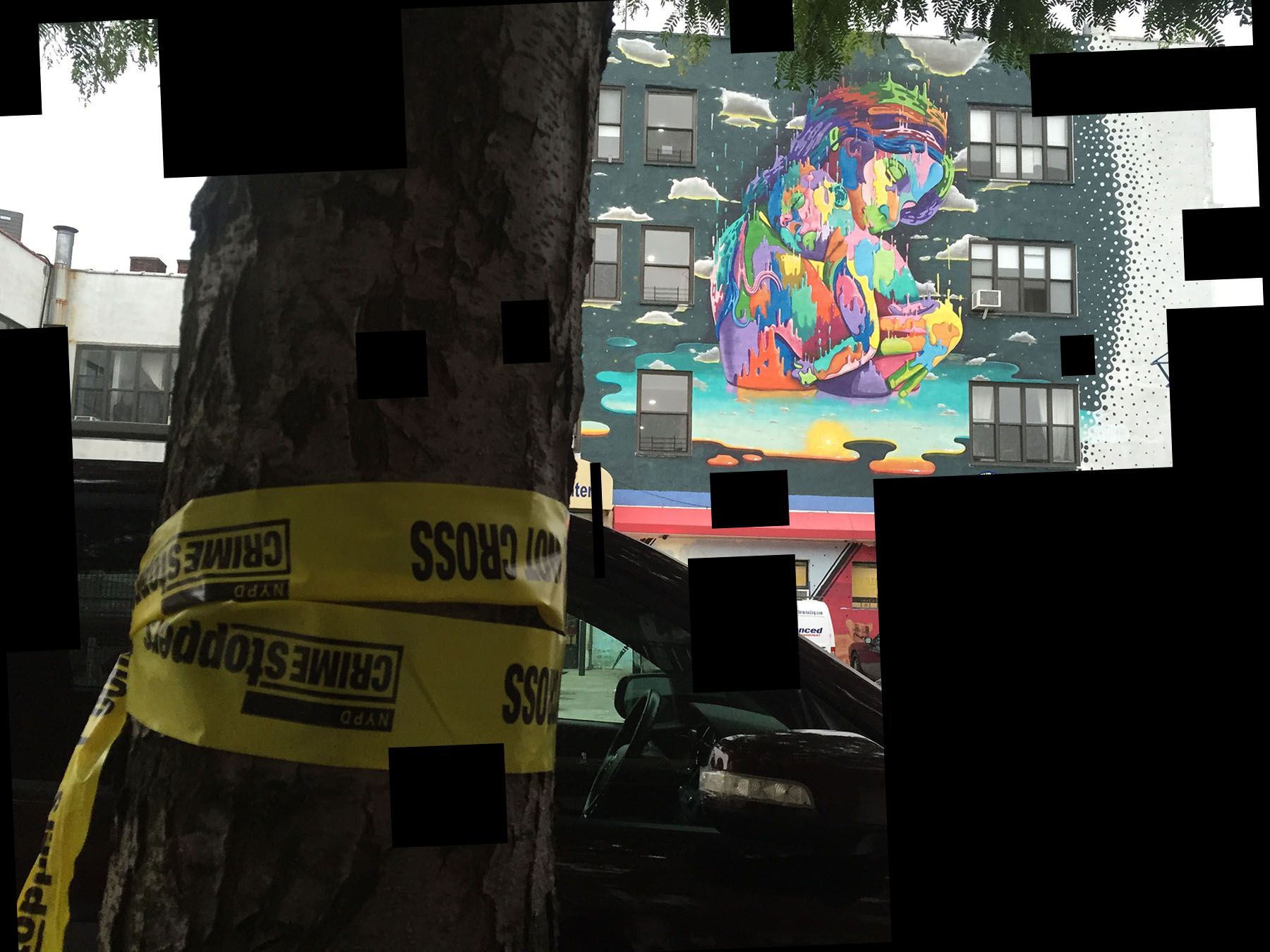