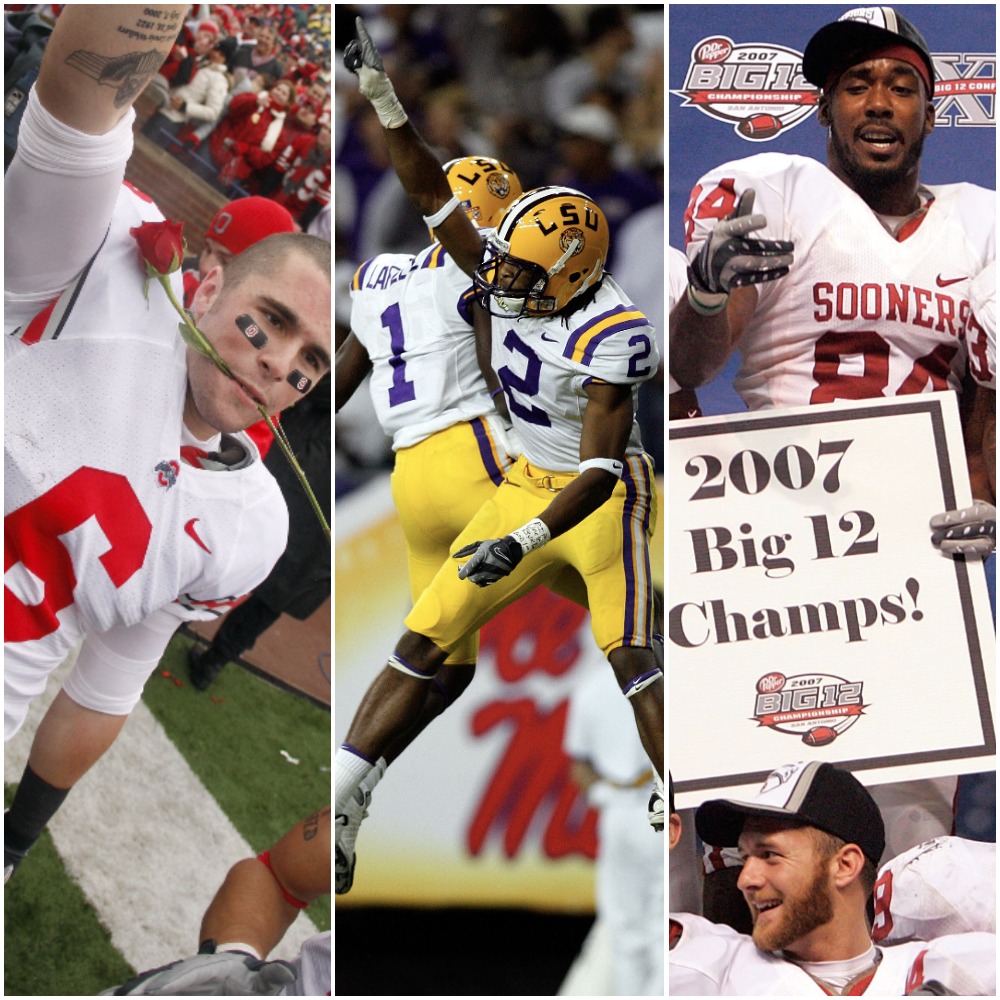 In 2014, the first year of the College Football Playoff, six teams finished thinking they had legitimate shots. The fourth and final pick, Ohio State, was controversial, but the Buckeyes won the national title.

Had the Playoff existed in 2007, nine teams would have finished the regular season with decent cases, 10 if you include unbeaten Hawaii.

Let’s walk through how the CFP committee’s rankings would have probably taken shape, beginning with what we’ll pretend is the first rankings release, on the first Tuesday in November. The BCS had a hard enough time sorting out this season, so imagine how much harder it would’ve been to pick four teams, instead of two.

(These rankings are based on observing the Playoff committee from 2014 to 2016.)

By this point, we had already dealt with Appalachian State’s upset of Michigan, Stanford’s upset of USC, and Kentucky’s triple-OT win over LSU. Cal, USF, and BC had already made their runs to No. 2.

It had already been a crazy year. But as the hypothetical CFP race officially begins, things are only getting started. 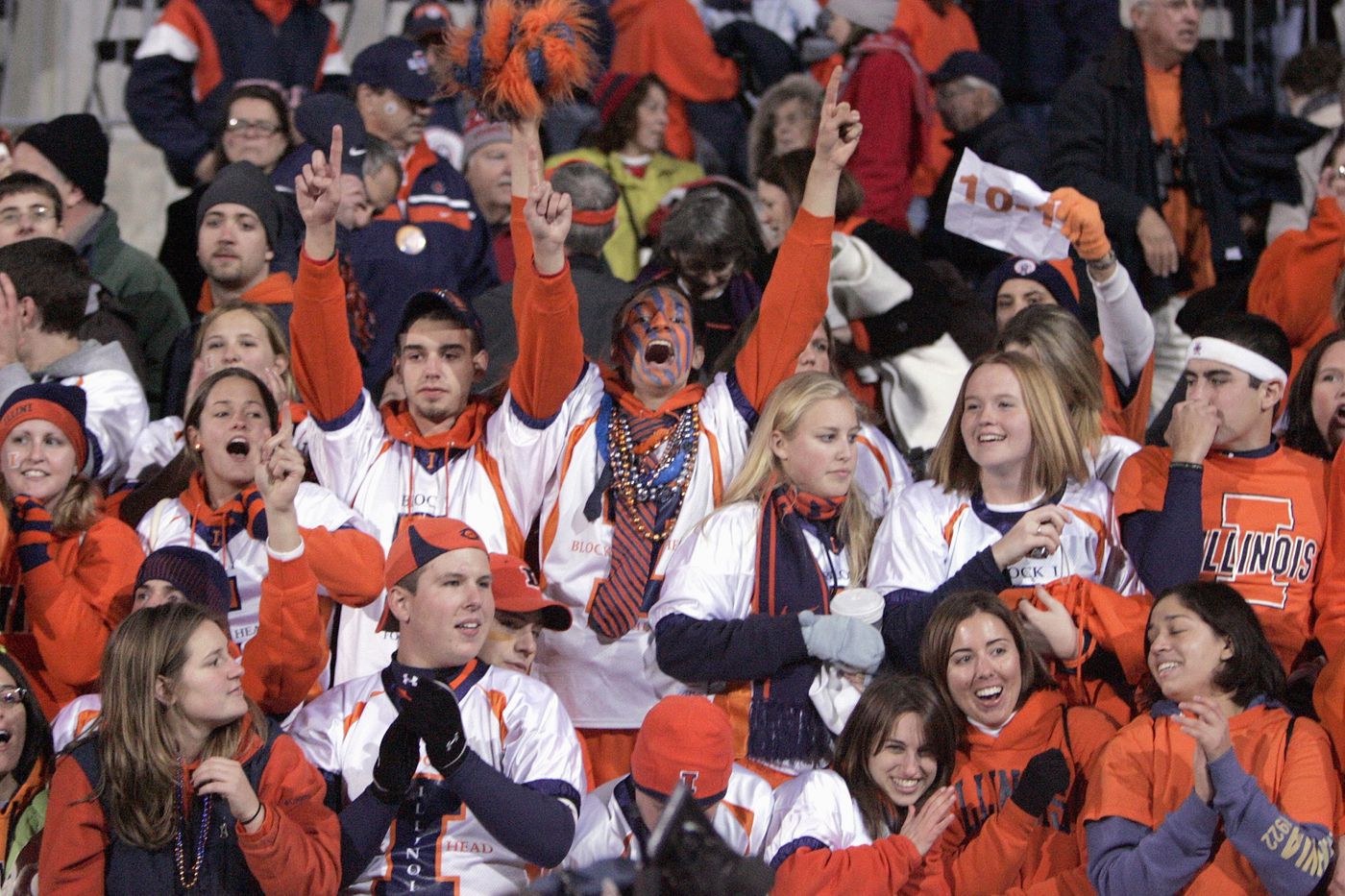 No. 1 doesn’t even last a week. Ohio State can’t get the ball away from Juice Williams, and the Buckeyes fall. With that, there is only one unbeaten power-conference team.

(We know enough about the CFP committee to know Hawaii would not have played a role in this race.)

Missouri gets a committee boost, having beaten Ohio State-killer Illinois earlier in the year. Considering Kansas and Missouri still have to meet (with the winner facing Oklahoma), the Buckeyes are probably still in fine shape. 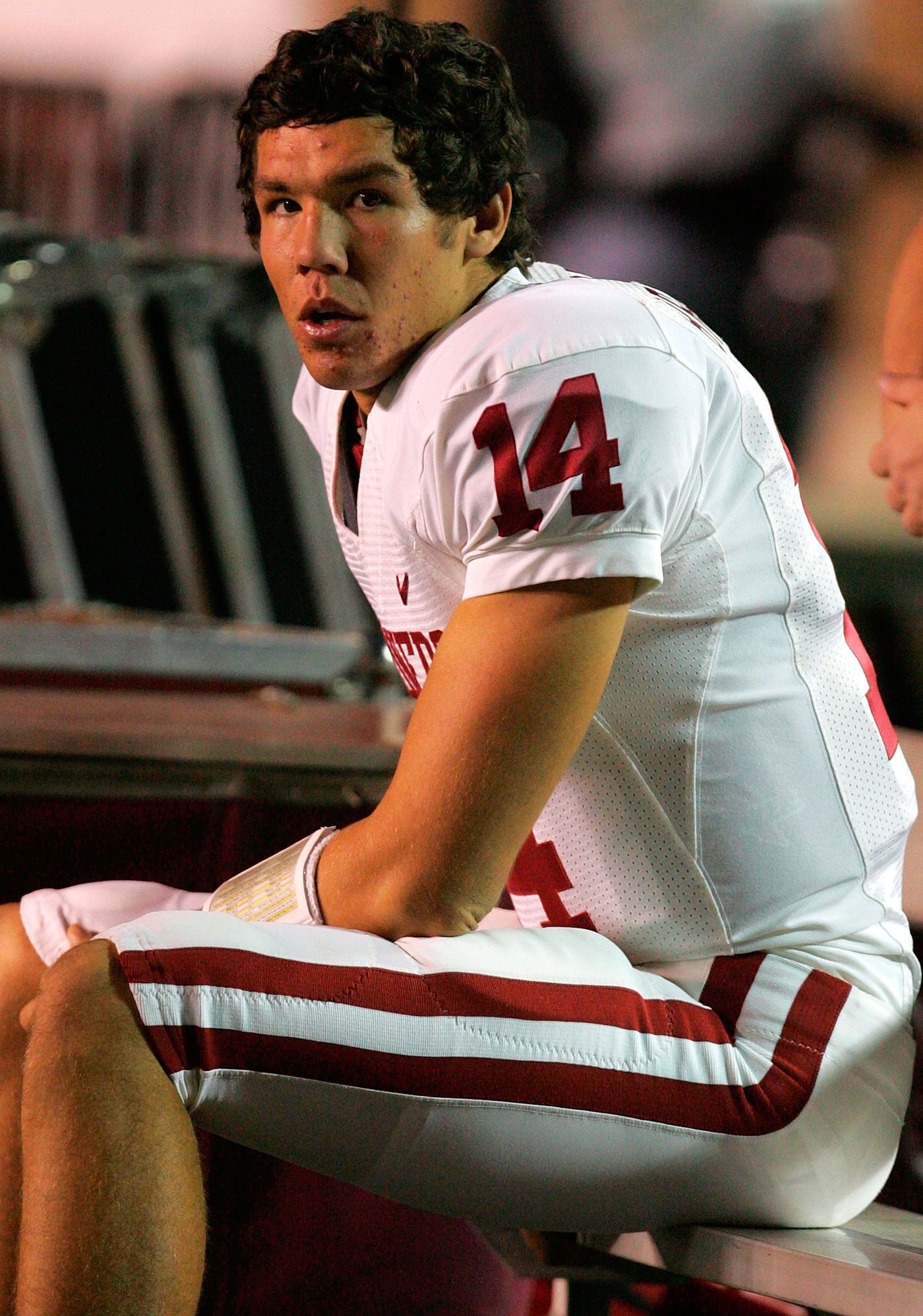 Down go No. 2 and No. 3! Suddenly, West Virginia is positioned well, and two-loss Georgia is creeping up the board.

We head into Thanksgiving weekend with the new No. 2 and 3 playing an eliminator. 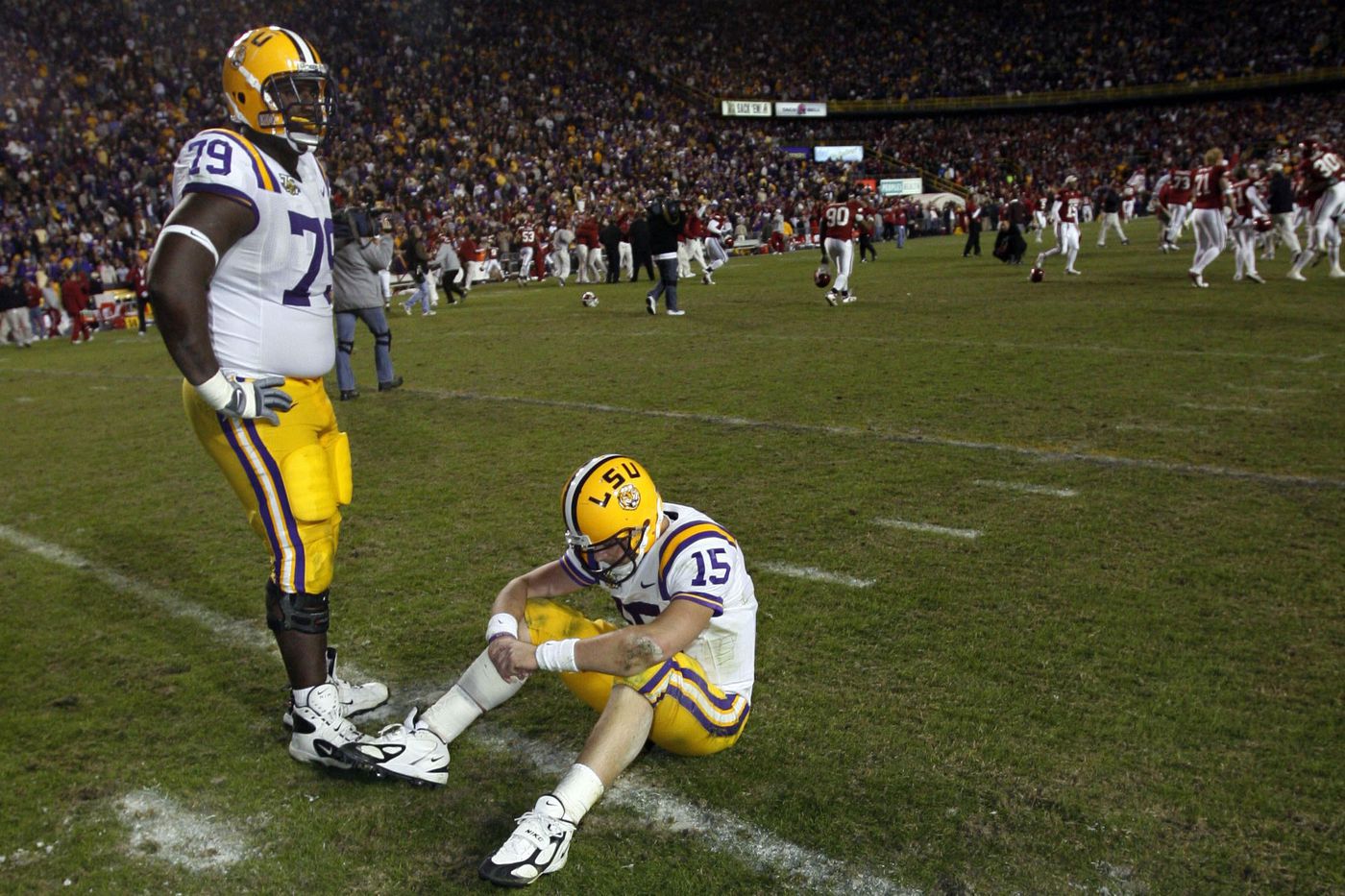 Arkansas’ upset of LSU officially makes a mess of everything. Now you’ve got up to 10 teams heading into championship weekend thinking they could have Playoff shots.

The Big Ten doesn’t have a conference title game until 2011, so the Buckeyes are probably already in the Playoff four. The Big 12 title game’s winner — No. 1 Mizzou or No. 7 Oklahoma — will also probably make it. WVU is in, as long as it beats Pitt as a 28.5-point favorite.

No. 9 Virginia Tech and No. 10 BC are playing to keep dark-horse Playoff hopes alive. USC can lock up the Pac-10 title with a win over UCLA, LSU has to vanquish Tennessee to hold onto its spot, and ... what do you do with Georgia? The Dawgs are smoking hot but aren’t playing for the SEC title. 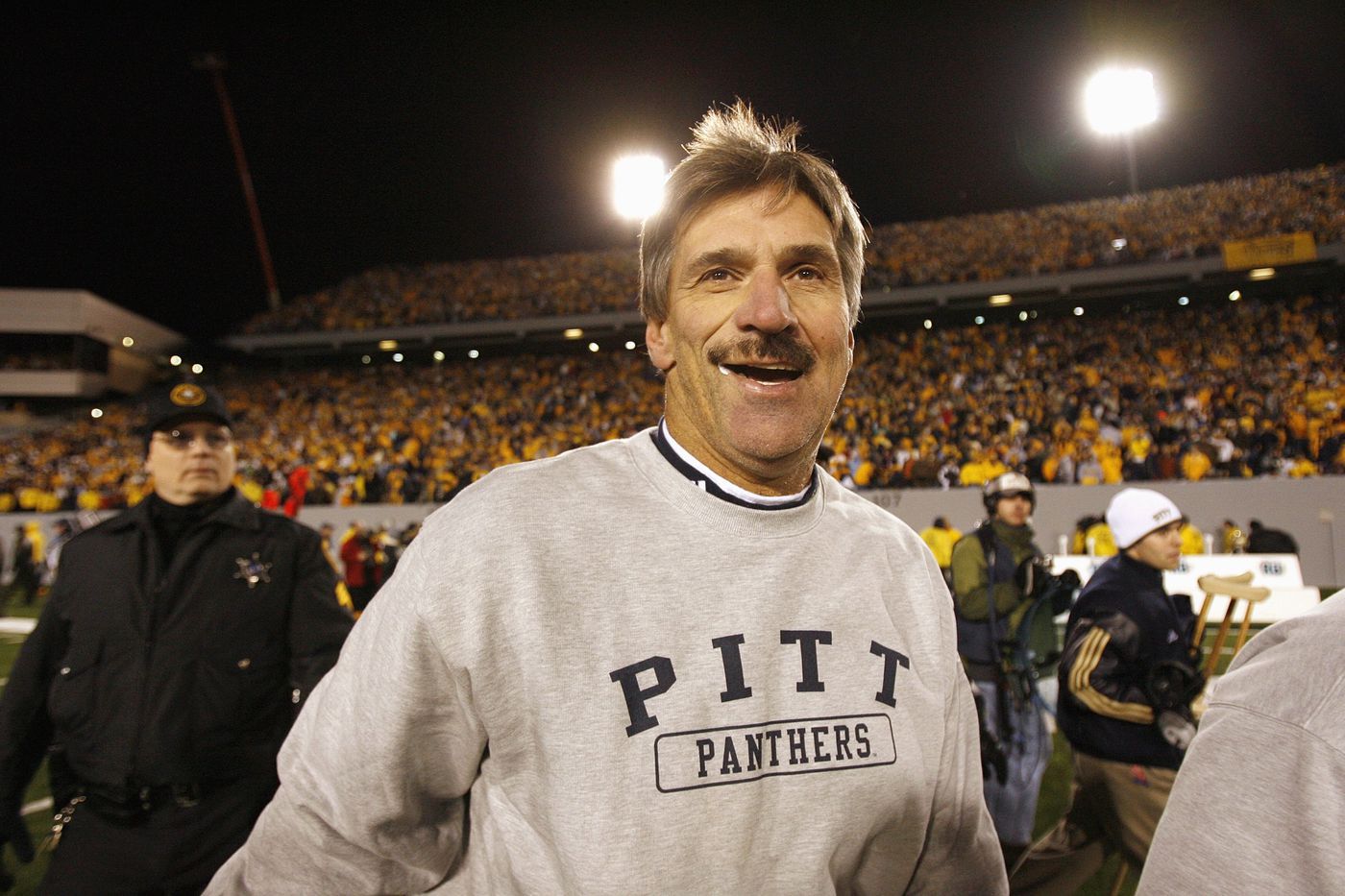 USC and Virginia Tech look impressive and earn conference title bumps, and No. 1 and No. 2 both go down. The only way these five games could have created more uncertainty is if Tennessee had found one more touchdown against LSU.

The committee has a massive mess.

But what the hell do you do with the fourth spot?

I think you can eliminate Kansas and West Virginia for lack of quality wins. Missouri and Virginia Tech probably get dinged for losing badly to Playoff teams — Tech by 41 to LSU, Missouri by an average of 15.5 in two games vs. OU.

That leaves USC — with a conference title and injury claims offsetting minimal quality wins and a really bad loss — or Georgia — with no division title and a pretty bad loss offsetting a steadier schedule and at least two good wins — at No. 4.

I ... think the committee goes with USC? Possibly?

That’d mean Steve Spurrier would’ve knocked UGA out of the Playoff — not the first or last time he’d wreck a Dawgs season.

After all that mayhem, we end up with four blue bloods in the semifinals: Ohio State vs. USC in their eighth major bowl meeting, and LSU vs. Oklahoma in a rematch of 2003’s BCS Championship.

So that results in the following New Year’s Six bowl matchups:

Going backward from 2014, this is the bowl arrangement 2007’s Playoff would’ve used.

Maintaining current conference ties (and giving WVU an auto-bid as Big East champion, since that league was officially considered a power at the time), we end up with future SEC East rivals Georgia and Missouri in New Orleans.

Because of that, Tim Tebow’s Florida jumps Kansas for the Orange Bowl bid opposite Virginia Tech. The Playoff system’s Orange requires that a Big Ten or SEC team (or Notre Dame, which just misses the 2007 cut at 3-9) take this spot opposite the ACC champion.

Hawaii still makes a big bowl, because it’s the highest-ranked champ among the true mid-major leagues.

And of course, since the Rose Bowl still gets special treatment and gets to maintain Big Ten-Pac-12 ties when not a Playoff game, Pasadena gets to welcome ... Arizona State and Illinois. Rules are rules.