The year of the upset: Ranking 2007 college football's biggest shockers 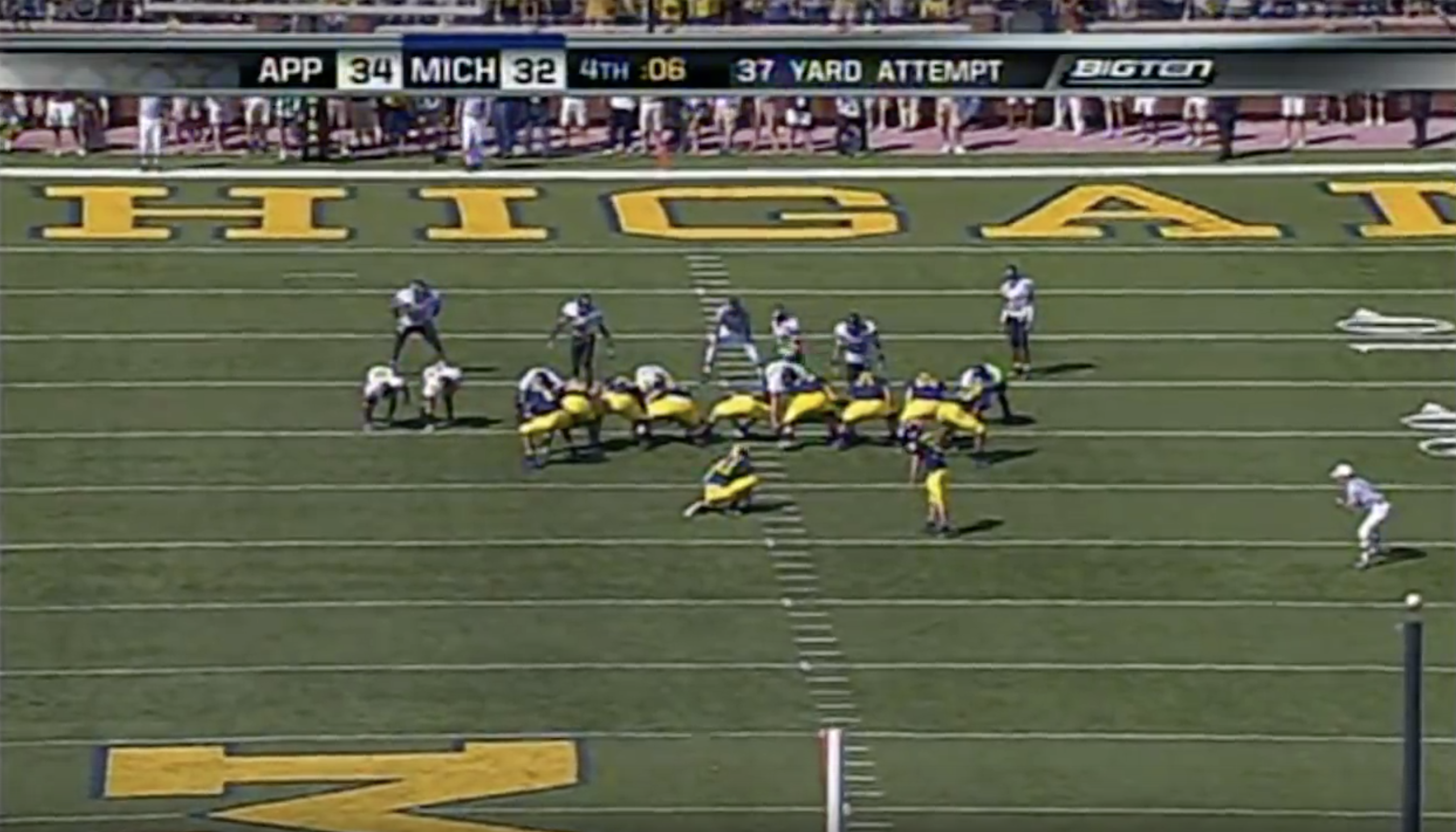 THE YEAR OF THE UPSET. If the best season in sports history has a nickname, that’s it.

Let’s rank those upsets, with the benefit of hindsight.

The WVU-OU Fiesta Bowl wasn’t quite the NOBODY BELIEVED IN US shocker it’s remembered as, other than the big margin. But listen to Owen Schmitt talk about the very sad ESPN.com poll widget failing very badly, and it’ll feel like Muhammad Ali gave Joseph Stalin a Stone Cold Stunner on the moon.

The Sooners pulled off some totally 2007 magic, losing three different games as the No. 3 team. (Texas Tech was the other.)

Numerically, one of the biggest upsets ever, and who even remembers it?

8. The three times No. 1 lost, other than the two astounding times

These weren’t that brain-breaking by themselves, but put them together ...

... and that’d be a season’s worth of drama right there.

7. All the times No. 2 lost, other than the two unbelievable times

The lesser five, ranked as a group:

The other time the eventual national champ lost in triple overtime. Kentucky was at least ranked and playing at home. This one was in Baton Rouge.

One power-conference team hadn’t yet been mastered by 2007. The 10-0 Buckeyes had barely broken a sweat. OSU’s defense was among the best ever.

AND THEN JUICE WILLIAMS STRUCK.

Nick Saban’s first Bama team was a lot better than you remember, other than the fact that it lost to a mediocre Sun Belt team.

However, it lost to a mediocre Sun Belt team.

The year’s most consequential shocker. It wrecked a WVU title trip and gave Pitt fans an eternal trash talk trump card. I don’t know of a rivalry game that’s left a deeper scar.

It’s been called the biggest point-spread upset ever, with some books listing it as high as 41.5 points. It was the world’s intro to Jim Harbaugh’s coaching potential, launched the Harbaugh-Pete Carroll rivalry, and hinted at Stanford’s return to power status after three disappointing decades.

There have been bigger Vegas upsets. App State was about to three-peat as its subdivision’s national champ. A ranked FBS/I-A team had lost to a lower-subdivision team before (Cincinnati was temporarily considered I-AA when it beat No. 20 Penn State in 1983). The Mountaineers had some future NFL players, including sophomore QB Armanti Edwards. App State would win a 2016 Sun Belt title share as an FBS member.

Michigan had been one score away from making the BCS Championship the year prior and was favored to win the Big Ten. UM regularly ranks as one of the two winningest programs ever, depending on how Notre Dame’s doing. App State had lost most of its defensive front seven. The Wolverines had 22 more scholarship players, home-field advantage in a 109,000-seat stadium, and resource advantages across the board. Many Vegas books didn’t even list the game. And it was the debut game for the Big Ten Network, selected to show off the conference’s strength.

On paper, I don’t know if it’s the biggest upset ever. The ‘Neers were good, and everybody knew it.

It towers in our minds because it’s Michigan at the Big House, because it signified a revolution in football offense, and because we hadn’t yet seen somewhat similar upsets by 2010 James Madison (21-16 vs. No. 13 Virginia Tech), 2013 Eastern Washington (49-46 vs. No. 25 Oregon State), and 2016 North Dakota State (23-21 vs. No. 13 Iowa), not that any of those really compare. The FCS-over-FBS upset might never again feel as apocalyptic as this one did.

Just as big as the brand names was the fact that this game kicked off the greatest season ever. This was the roadside flare, the wake-up punch to the nose, and the first present under the tree.

"And here comes the entire team!"

The wildest part: This wasn’t even Texas stepfather Bill Snyder doing the upsetting. This was short-tenured, second-year stand-in Ron Prince.

No, wait. The wildest part: A&M’s head coach resigned immediately afterward amid revelations he’d run a for-pay newsletter about his own team.

If you beat Vegas by 53 points, you must be mentioned.

A tiny upset in isolation — the Irish were terrible, going without an AP ranking at any point for the first time in 43 years — but it’d been that same number of years since the Midshipmen had beaten ND, the longest rivalry streak in college football history.

Here’s a fun thing: Go up to a Gators fan and whisper Wes Byrum’s name. I didn’t say it would be fun for you or for that Gators fan.

Some of this year’s surprise No. 2 teams arrived there via attrition. The Bulls, the most perplexing No. 2 of all, did it by beating higher-ranked schools that’d had football programs for about a century longer.

The Canes’ last game at the Orange Bowl stadium, home of their five national title teams, saw them suffer the worst shutout loss by any team in venue history.