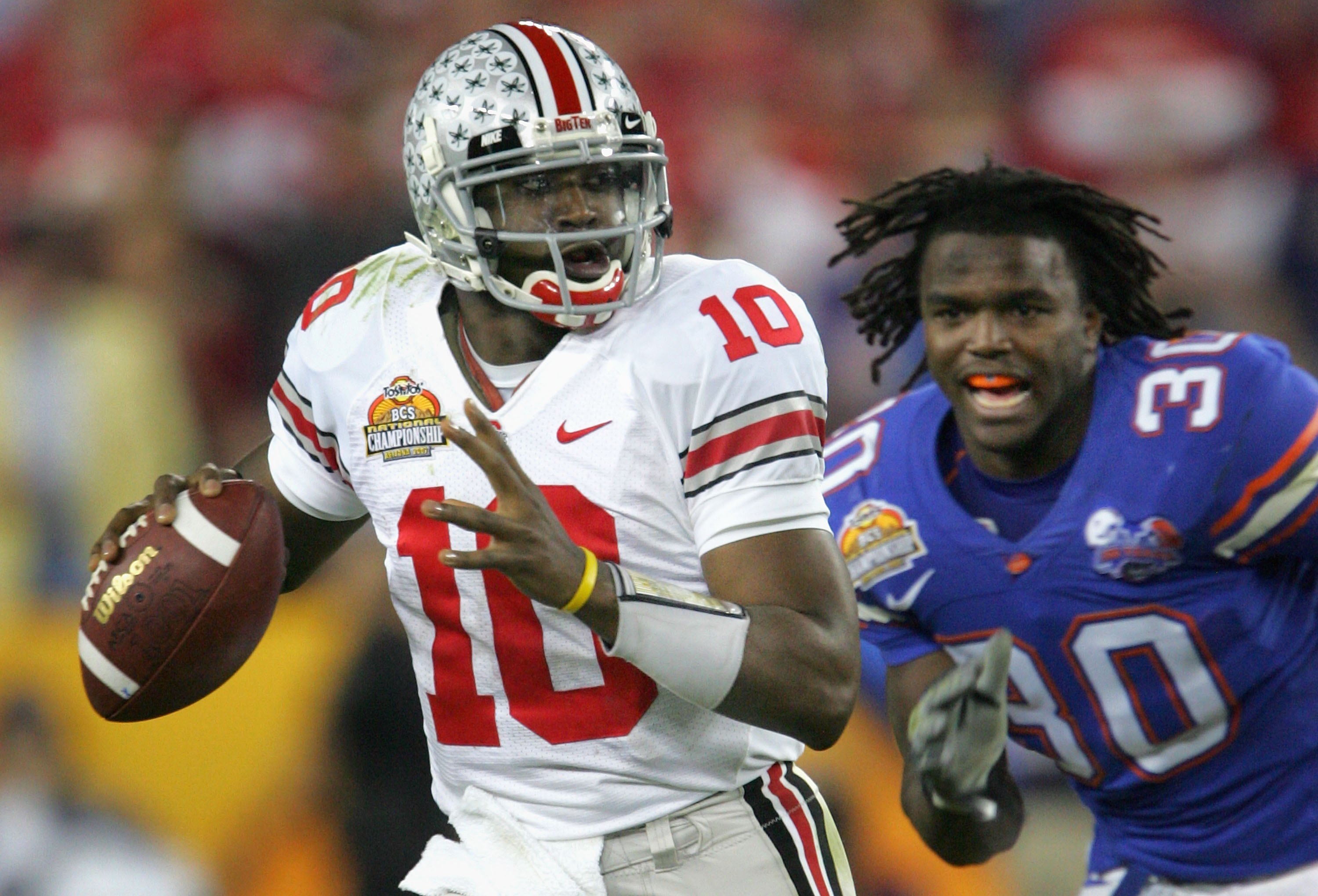 2007 was the wildest season in college football history. We’re piling the reasons high.

But no, scratch that. 2007 was the wildest calendar year in college football history. There’s a difference.

But what if we push the calendar all the way back? Did anything nutty happen in this sport on Jan. 1, 2007?

Oh, the year only began with one of the most beloved upsets ever, when a touchdown-underdog mid-major shocked maybe the greatest program in sports history to that point, and did it with trick plays and sideline marriage proposals.

Ask a random fan to tell you the wildest bowl story ever, and I bet they’ll describe this one. A decade later, this Fiesta Bowl is still promising us that anything is possible, and the season that followed it proved it right.

Florida had to lobby just to get into the title game over Michigan, with Urban Meyer leaning on the Gators’ tough schedule. Ohio State was a seven-point favorite, had Heisman-winning QB Troy Smith, was top-10 on both sides of the ball, and ran back the opening kickoff.

The Gators dominated the next 59 minutes and 44 seconds, beating Ohio State by 27 (and thus Vegas by 34).

That’s two massive shockers to open the year, with ramifications all throughout the 2007 season that’d follow.

Zoom out a little, and you have a season that started with No. 5 losing to an FCS team and ended with No. 1 losing the title game by two scores to a team with two losses.

Zoom out a little more, and you have 364 days of college football anarchy.

2006’s season tried to warn us about what was coming.