Even the 2007 CFB season’s coaching changes were especially memorable 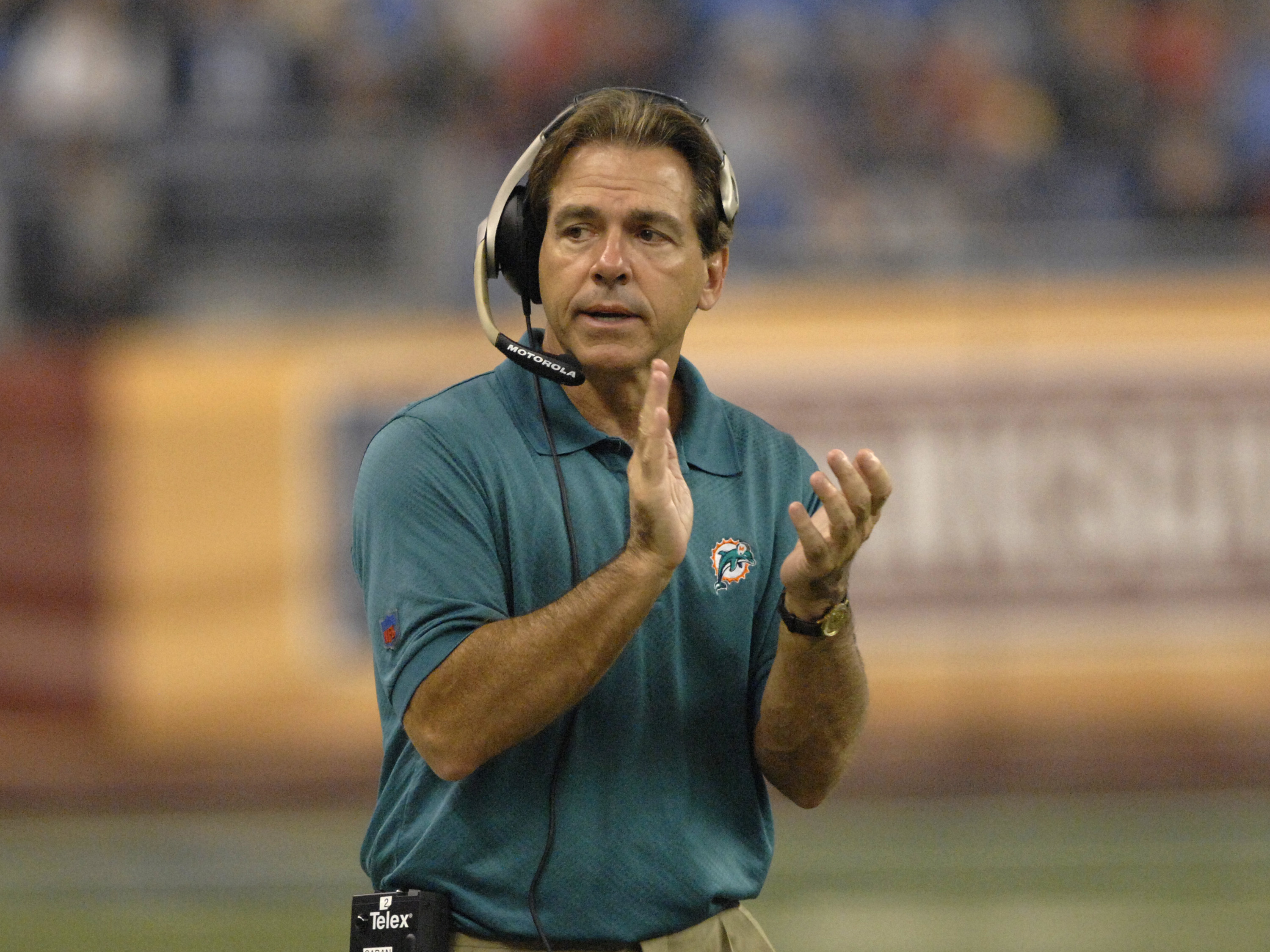 Hello, it’s me, a millennial. That means I’m likely younger than you, and it also means I wasn’t that old when 2007 happened. I was 14 during the most unpredictable college football season ever. It’s one of the first seasons I remember from stem to stern across multiple conferences.

One of the things I didn’t remember was any of the coaching changes. I had never studied this year’s specific list or anything like it prior to this moment. Below are my thoughts, based on what we know now about what happened then.

In 2007, college football got all of its weirdness out before Alabama seized it by the throat.

But there’s an alternate history in which Rich Rodriguez, who spent 2007 nearly leading West Virginia to the title game, is Alabama’s head coach. That history got derailed by Paul Finebaum, if you believe one theory:

The most popular theory, at least on the internet, is Rodriguez's wife, Rita, put the kibosh on moving to Tuscaloosa. The theory goes that Rita Rodriguez heard Finebaum making fun of her on his show and was turned off by the idea of having to deal with that on a consistent basis. Finebaum has long disputed the claim - he even addressed it in his book My Conference Can Beat Your Conference - and said it came from a rival radio host and message boards. [Ian] Rapoport, who had a source inside the proceedings, said Rodriguez's wife was absolutely on board.

"She was coming," he said. "They were all coming. He just changed his mind and stayed."

There’s also a jagged line you can make from Mike Shula leaving Alabama to end up with the Carolina Panthers. He’d become Cam Newton’s offensive coordinator in the pros, but only after Newton vanquished Saban’s Tide in one of more memorable Iron Bowls ever.

Tampa Bay Buccaneers coach Dirk Koetter coached college football, and that was news to me.

Remember that I am a humble youth. Catching up on Koetter led me to two things.

Koetter finessed his way to the Arizona State job but hung out in the seven-to-nine-win range before getting canned at the end of 2006.

... but his tenure ended after Jagodzinski disobeyed orders to not interview for the Jets job.

Future Michigan State coach Mark Dantonio handed the Cincinnati job to Brian Kelly, who would be succeeded by Butch Jones by 2009.

Weirdly, the Kelly/Jones handoff happened at Central Michigan a few years earlier as well. Gotta be the most red-faced coaching change in the sport’s history.

Todd Graham began his personal coaching carousel when he left Rice in 2006.

Mario Cristobal would take an 0-12 FIU to two consecutive bowls by 2011.

He would be fired after 2012 for reasons that still kinda don’t make sense, given the program’s place in the sport’s landscape.

Dennis Erickson’s second stint at Idaho ended after one 4-8 season.

The offensive innovator and Larry Coker, who got fired from Miami in 2006, share the distinction of coaching Canes teams to national championships in spite of perceived head coaching skills.

The man Coker took over for at Miami, Butch Davis, returned to college in 2007 to coach UNC after flaming out with the Cleveland Browns.

2007 was the start of the Gene Chizik legend.

Then he got the Auburn job.

The Derek Dooley legend started in 2007, too.

He would have modest success, getting the Bulldogs to a bowl in 2008. After a 4-8 2009 season, he took the Tennessee job. He had the sweet pants.

He also had some nice hands.

Surely Bobby Petrino is still having a long and successful schematic marriage with Michael Vick in the NFL, right?

By the end, college football’s 2007 weirdness was even infecting the NFL during the middle of the pro season:

And why would Stanford hire some guy from San Diego?

That’s never gonna work. At least that was the prevailing sentiment by one columnist at the Mercury News:

For the past three seasons, Harbaugh has been the head coach at the University of San Diego, a I-AA school that does not offer scholarships. He has never coached at Stanford, never been a I-A assistant, never recruited I-A players, couldn’t get the Tulane job and a year ago was nailed for DUI.

So you might be asking yourself: Why is Harbaugh qualified to coach Stanford?

For all the wackiness of 2007, our wackiest coach getting his big break really is the icing on top.