Most coaches keep depth chart secrets. A&M's once spilled them in a newsletter 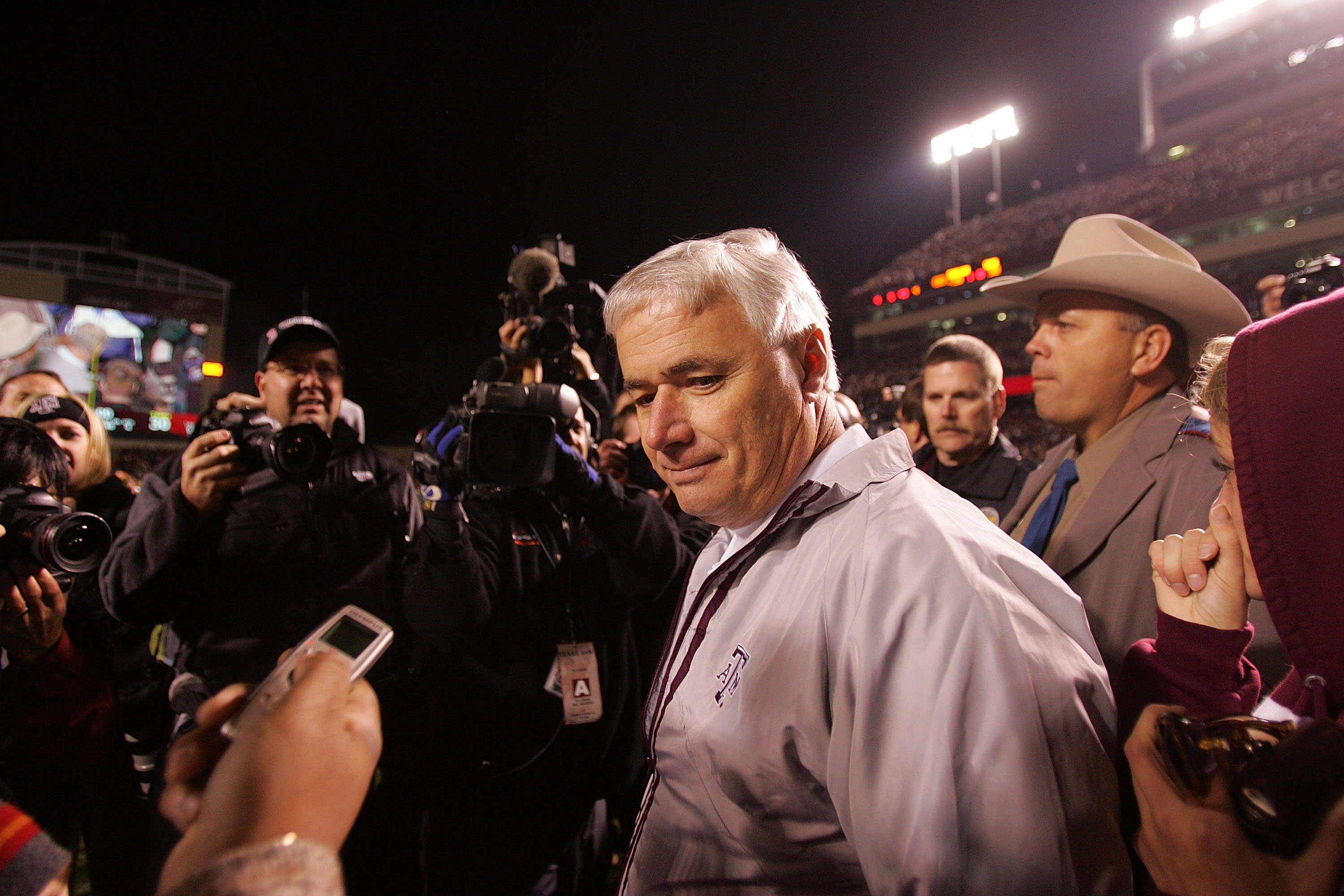 These days, college football coaches control the info around their programs to an absurd degree. Most practice periods are closed to media and fans, legit injury reports are almost impossible to come by, coaches are paranoid about signal-stealing, NCAA rules still forbid most official information on recruiting before National Signing Day, and one program found a way to change state information laws. And that’s in addition to matters of actual concern, like criminal allegations.

Coaches like it this way. The less that’s out there, the less they feel like they have to worry about, whether that’s valid or not.

In 2007, one head coach went above and beyond, turning the sport’s strange obsession with public secrecy into a money-making venture.

2007’s season wasn’t just wild once the ball kicked off. As this and the situation at Arkansas (which later led to two situations at Ole Miss) proved, the season was off the rails before it even got going.

Texas A&M’s Dennis Franchione resigned a couple months after the public learned he was selling inside information about his team.

A dozen of A&M’s boosters paid $1,200 a year for the "VIP Connection," a regular newsletter with Franchione’s assessment of players, including injuries, written by an athletic department assistant. The head coach never disclosed this to the A&M press, stating that it wasn’t "policy."

Franchione made subscribers sign a confidentiality agreement and said he doesn't believe any of the inside information was used for gambling, the San Antonio Express-News reported Friday after obtaining a copy of the newsletter through a "third-party source."

"We asked them to sign something," Franchione told the newspaper. "And for them not to do that. Most of these people are tremendously loyal Aggies."

It’s against NCAA rules to not report "athletically related income and benefits from sources outside the institution." It was unclear if Franchione had done so.

Franchione claimed it "came about as an extension of trying to keep some dedicated and loyal fans updated throughout the year on the football program."

"There was no intent to deceive anyone," he said. "I thought this was another avenue of trying to keep some of our top donors informed."

The contents may have been used for gambling purposes, to say the least.

Then let's say the newsletter notes that [Kirk] Elder and [Corey] Clark are struggling with injuries, that they probably won't play Saturday and if they do, they'll be physically limited. The spread is 17 points, but it would be lower if the absence of Elder and Clark -- known only to VIP Connection readers, friends and the A&M coaching staff -- was made public.

"There could be three points to the line [1½ each for Elder and Clark]," Kenny White, the chief operating officer of Las Vegas Sports Consultants says. "That's enough to give you an advantage. To some people, that's about all it takes for some people to have value to make a play. A&M could be a 17-point favorite, but it would really be 14."

The school required the coach to not employ any staff members who "can be construed as representing the university for his own purposes," per the Houston Chronicle, and limited off-campus contacts with recruits mentioned in the newsletters.

A&M’s AD stated that the investigation didn’t show that the coach ''intentionally, knowingly or directly participate in actions that were inappropriate or in violation of rules or policies."

The explicit editorial stance from here on out at EDSBS is that Dennis Franchione is a fucking idiot. A total goddamn piss-shitting paste-eating fucking idiot. We wouldn't trust him with sinking a leaky barge full of bricks with the U.S.S. New Jersey. We wouldn't trust him to feed our pet alligator Lawrence if we had freezer full of dead chickens and a shovel at the ready.

He had a long, mostly successful, and often unusual career, but he’ll forever be known as the coach who tried a bizarre side hustle.

Franchione — who’d helped rebuild TCU and had arrived from Alabama, where he walked into a sanctions mess of someone else’s doing — would go on to launch an FBS program at Texas State, where he’d coached in the ‘90s.