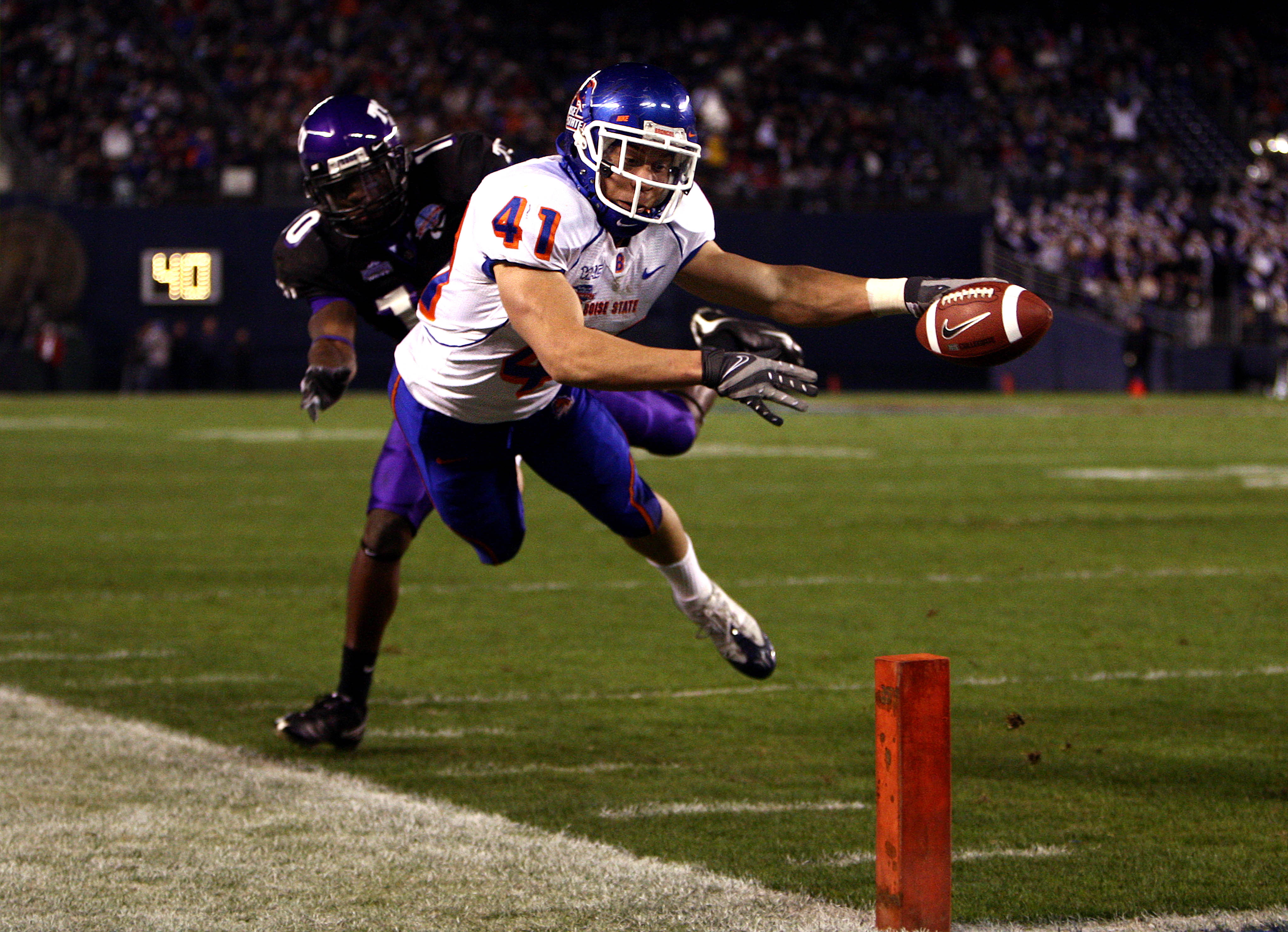 2007 would’ve been the most ridiculous season in the sport’s history even without these games, but sure, why not, throw them in.

How'd this happen? Were there major rule changes specific to this year? Nothing beyond the usual trends that'd gone on for decades. Offenses were becoming more and more innovative, and defenses were yet to keep up. I mean, even the Wildcat was working!

The box scores from these games are all hilarious — here’s the 142-point CSC-ACU game, for example — but please enjoy some bewildered postgame quotes.

"It’s really too bad someone had to lose this one. I don’t think I’ve felt that way after any game, ever."

Said Mids defensive coordinator Buddy Green: "The offense has been unbelievable. They've been playing to perfection every Saturday. ... Unfortunately, we [the defense] haven't given them much help. Last Saturday, it was awful. Awful. Just awful. I can't be any clearer than that."

"No one here has ever played in a game like that," [QB Joe] McLain said. "I'm still trying to get it to soak in. It's just crazy, that's all."

"I have never been a part of a game quite like this," said coach Todd Dodge, who went 79-1 with four Texas Class 5A state high school championships and plenty of high-scoring games at Southlake Carroll the past five seasons before taking the UNT job. "I knew that we would have to score on nearly every possession and maybe steal a possession or two with turnovers."

Hartwick head coach Mark Carr said he didn't even know the record fell until he heard it on ESPN that night.

"I kind of laughed at it a little bit," Carr said Monday. "We were focusing on just winning the game and doing whatever it took."

"It's just like ... wow!" [Ron] McBride said on KLO radio after the game. "This thing was like a runaway freight train. You just never felt like you had control."

"They just obliterated our defense," McBride said, still struggling to grasp the craziness of the Arena League-type score. "Obviously, you don't feel good about your defense because you didn't cover anybody."

* These two teams would put up this exact same final score in basketball just a few weeks later.

** The first start for a Nevada QB named Colin Kaepernick.