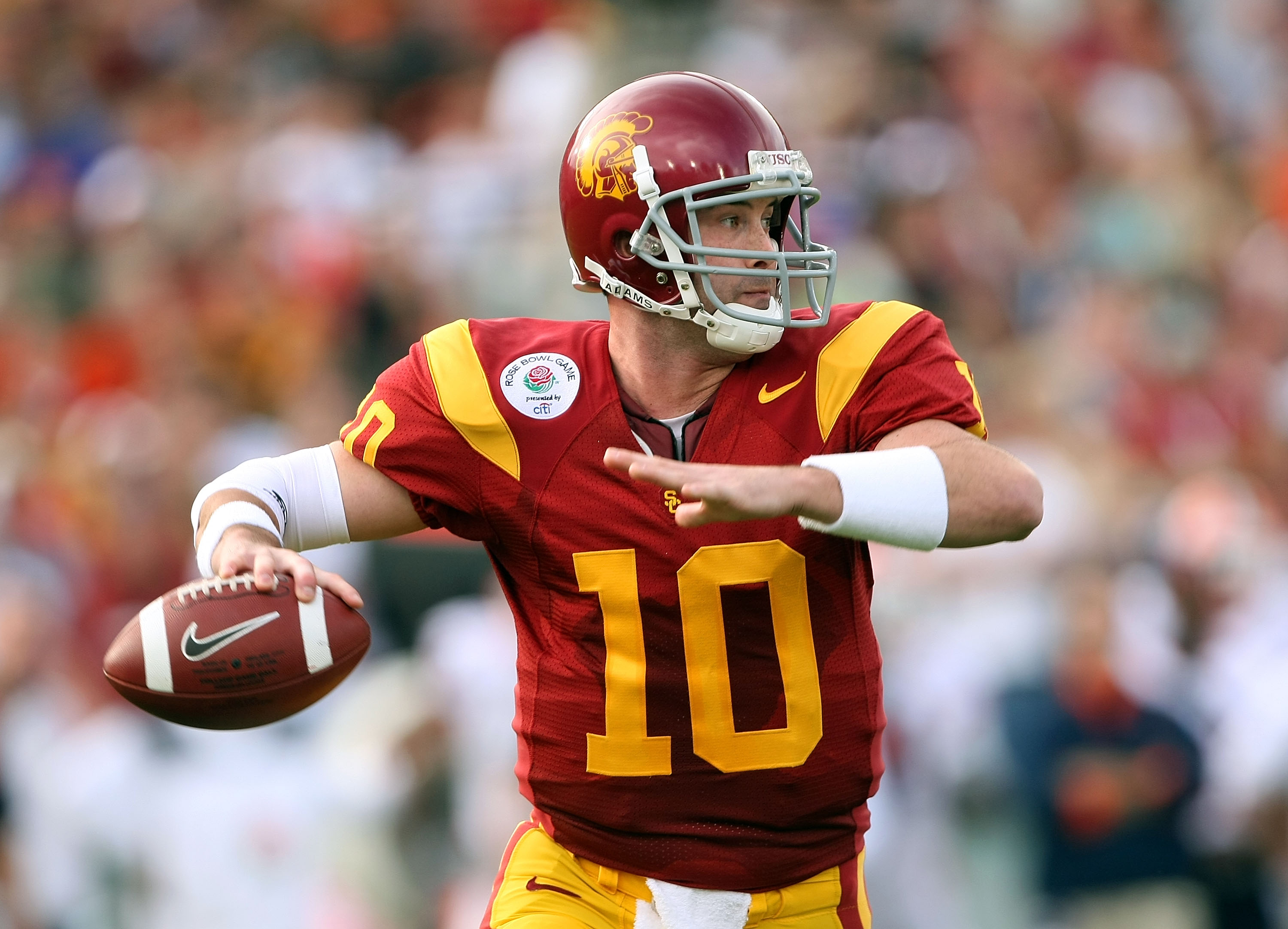 It almost didn’t happen. If a few bounces go the other way, a few fingers on throwing hands don’t break, or just one more top-10 team met expectations, little of 2007’s chaos would be all that memorable 10 years later.

But how did it happen? How did every top-10 team in the preseason AP Poll go on to lose at least two games, with seven losing three or more?

Let’s take a look at what happened to each of those 10 teams and identify some patterns.

Preseason No. 1 USC did end up undefeated ... in games with a healthy QB.

The Trojans went 10-2 and finished No. 3. QB John David Booty broke his finger in the one-point loss against Stanford, throwing four interceptions, and missed the Oregon game, which the Trojans lost by a touchdown. USC also had a lot of offensive linemen get banged up.

This was probably the best team in the country and was Pete Carroll’s last great chance to win a title. The Trojans beat Illinois in the Rose Bowl by 32.

No. 2 LSU’s QB was really banged up in both of its losses.

QB Matt Flynn battled injury, including against Kentucky and Arkansas, the two teams to defeat LSU (both in triple overtime). Against a bad Arkansas defense, Flynn was 22 for 47 for 209 yards and just 17 for 35 for 130 against Kentucky.

Defensive line was LSU’s calling card, but there were times when it was vulnerable. Already missing Ricky Jean Francois, suspended for 12 games, and Charles Alexander, who missed 11, LSU’s defense was gashed when All-American Glenn Dorsey got banged up. A thinned line allowed Arkansas to rush 53 times for 385 yards in Death Valley.

West Virginia starting No. 3 raised some eyebrows, but the Mountaineers were damn good when White was on the field.

In losses vs. USF and Pitt, the skinny White played hurt. He missed about a half in each game. His combined line in those losses was 17 of 28 for just 150 passing yards and a horrid 5.25 yards per attempt.

West Virginia was one of the healthiest teams in the nation, according to Phil Steele’s 2008 College Football Preview. It just lost its most important player at the worst possible time ... twice.

No. 4 Texas could not hold on to the football.

The Longhorns were not unlucky in close games, going 4-2, but they managed to lose three times thanks in part to Colt McCoy tossing 18 interceptions on the season. Texas was -7 in turnover margin in its losses. Mack Brown’s squad also allowed multiple non-offensive touchdowns in the three losses.

The Horns went 9-3 against a schedule that featured only three ranked teams, which suggests pollsters had them overranked.

No. 5 Michigan was fool’s gold.

After a strong 2006 and returning many key parts, it made sense to rank Michigan. But the 2007 Wolverines showed they were more similar to the five-loss team of 2005 than the 11-2 2006 team. After losing four times, including three at home and once to FCS Appalachian State (!), all against a tissue-paper schedule that featured just three ranked teams, coach Lloyd Carr was fired.

QB Chad Henne was hurt and missed time against Wisconsin and Ohio State, but that does not explain the poor play in other games.

No. 6 Florida was too young.

Why on earth was UF ranked this highly after losing so much to graduation and the draft? Forty-eight percent of the Gators’ starters were freshmen or sophomores.

Tim Tebow was not 100 percent against Georgia and Michigan in the bowl game, but still, this was too high for such a young team.

No. 7 Wisconsin was overrated and injured.

According to Steele, Wisconsin lost 30 starts to injury, one of the higher numbers on this list.

But the Badgers were also overrated, twice getting blown out by 31 points. And in close games, they were lucky, going 4-2.

No. 8 Oklahoma was a really good team when it had QB Sam Bradford.

Oklahoma lost two regular-season games, by just three and seven points. Bradford was injured on the first play of the Texas Tech loss. This was a strong team, and if it hadn’t lost Bradford, could have played for the title.

They did get blitzed in the bowl game, losing to West Virginia by 20.

Virginia Tech lost three games, and in them, the Hokies scored seven, 10, and 21 points. This offense averaged only 331 yards per game. Winning 11 games with that level of ineptitude really speaks to the style the ACC had and to a really salty Virginia Tech defense.

Injuries and coaching crushed No. 10 Louisville.

The top three teams’ six losses can all be traced to QB injuries.

There was an unusual number of ill-timed QB injuries. If Booty or White stays healthy, maybe USC or WVU hoists the BCS trophy?

Outside the top three, Florida, Michigan, and Oklahoma added at least one loss each that was largely a result of a starting QB being injured.

And that’s to say nothing of Oregon’s Dennis Dixon, who helped the Ducks climb to No. 2. In Week 12, Dixon’s knee crumbled, and with it, the Ducks’ title hopes. If Dixon had remained healthy, maybe the title game would’ve paired one-loss teams.

The total number of losses suffered by these 10 teams wasn’t all that abnormal, but the uniform distribution of losses was unique.

And such even distribution helped set up 2007 to be so awesome, because teams like LSU, OU, and VT could have two losses and remain in the title hunt.