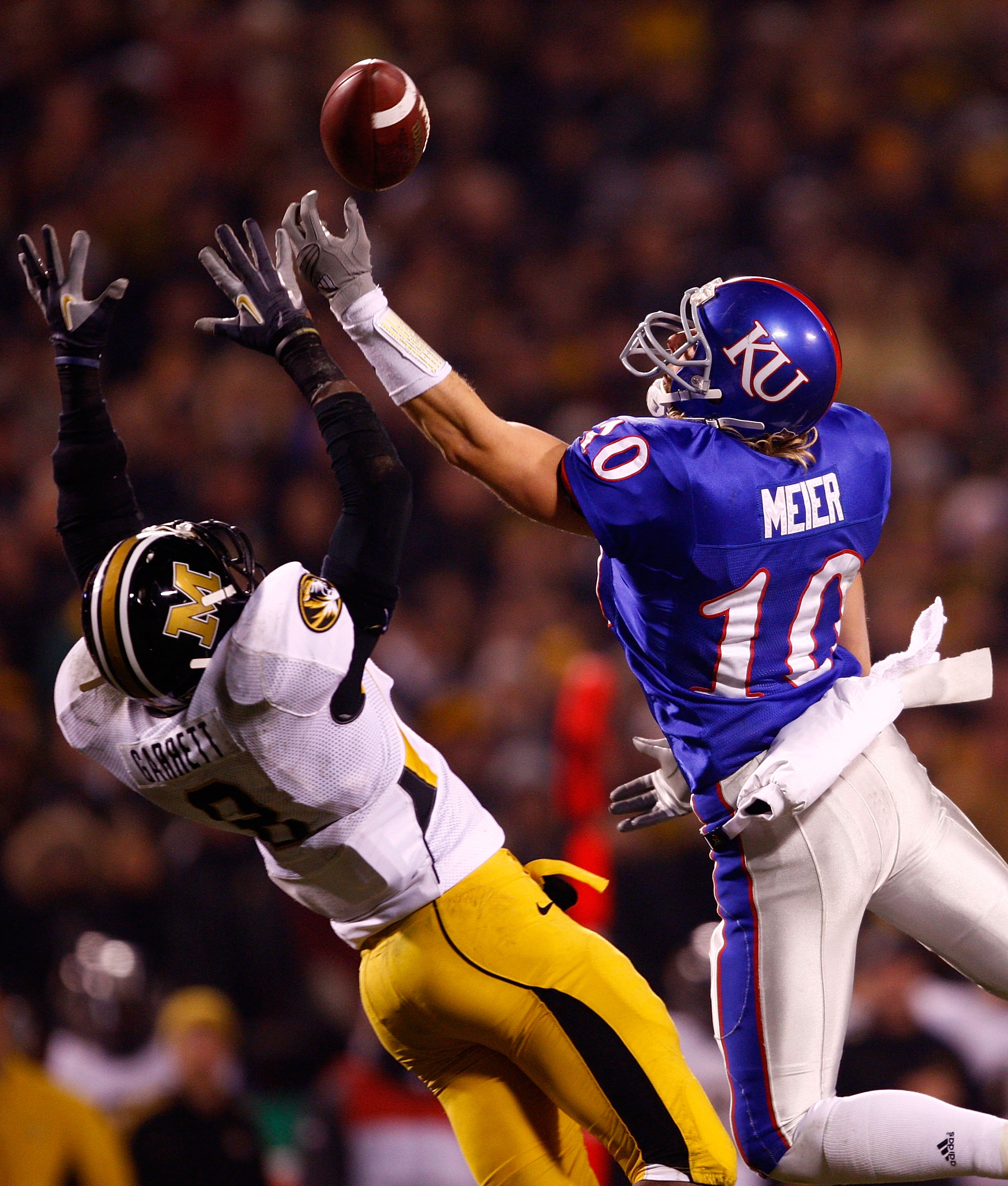 The top 25 of AP Top 25 facts from the weirdest season in college football history, plus some bonus strangeness:

25. Tennessee finished No. 12, 10 or more spots better than every season since.

23. Kentucky not only cracked the top 10 for the only time since 1977, it went back one week after losing.

21. Arkansas, which beat the national champ, was only ranked once after Week 2.

19. Nick Saban's Alabama, which would become the sport’s greatest dynasty ever, was unranked for 11 weeks and lost to ULM.

16. Miami went entirely unranked after being ranked at some point in every season since 1977. Notre Dame ended an even longer streak, since 1963 (and Charlie Weis would continue being paid for it through 2016).

11. After each of its losses, LSU fell only to No. 5 and then jumped multiple spots the next week, eventually becoming the first two-loss AP champ since 1960 Minnesota.

10. West Virginia reached No. 2 for the only time ever.

8. Kansas reached No. 2 for the only time ever.

6. Appalachian State became the first I-AA/FCS team to ever receive AP votes and tied former No. 2 USF (USF was No. 2) for final No. 34.

5. Boston College, Kansas, Missouri, Oregon, and USF went from unranked to the top two. (KU and Mizzou then played for a title shot. Oregon and USF then played in a sad bowl.)

4. 2007 had three top-10 visitors who hadn't been ranked at all in the previous five years (Kansas, Kentucky, and USF). 1984 and 1990, the other top contenders for WILDEST SEASON EVER, had one combined.

3. Former No. 2 USF. The Bullsreached No. 2 in their eighth FBS season. They wouldn't finish another season ranked until 2016.

1. Seven times in nine weeks, the team with the No. 2 ranking lost, with more top-two upsets in two months than the 2013-2016 regular seasons combined. 2007 spawned its own "Curse of No. 2" internal logic. Losses by second-ranked teams became the only things that made sense ... and then No. 2 LSU won the national title.

And some honorable mentions: